A few years ago, at a private event, Google founder Larry Page told a rapt audience that the way he evaluates prospective companies and entrepreneurs is by a single metric—asking them if what they’re working on something that could “change the world.”

It’s both an inspired way to look at things and also a clichéd trope. It also happens to be rather delusional.

Because that’s not how Google started. (Larry Page and Sergey Brin were two Stanford PhDs working on their dissertations.) It’s not how YouTube started. (Its founders weren’t trying to reinvent TV; they were trying to share funny video clips or maybe create a dating website.)

Trying to “change the world” was not the mission with which most great or successful things started our with. It’s only our ego, afterwards, that creates these stories. And it blinds us to the traits which actually create success.

In 1979, football coach and general manager Bill Walsh took the 49ers from being the worst team in football, and perhaps all of professional sports, to a Super Bowl victory in just three years. It would have been tempting, as he hoisted the Lombardi Trophy over his head, to tell himself that the quickest turnaround in NFL history had been his plan all along. Especially when the media had taken to calling him the “Genius.”

Except Walsh knew how it had actually happened.

The year before he arrived, the 49ers were 2 and 14. The organization was demoralized, broken, without draft picks, and fully ensconced in a culture of losing. His first season, they lost another fourteen games. When people asked Walsh whether he had a timetable for winning the Super Bowl, do you know what his answer was? The answer was always no. For Walsh to claim to know when things would turn around would have been delusional.

So instead of focusing on winning or some arbitrary date for success, Walsh implemented what he called his “Standard of Performance.” What should be done. When. How. He focused on seemingly trivial details: Players could not sit down on the practice field. Coaches had to wear a tie and tuck their shirts in. Everyone had to give maximum effort and commitment. Sportsmanship was essential. The locker room must be neat and clean. There would be no smoking, no fighting, no profanity. Quarterbacks were told where and how to hold the ball. Linemen were drilled on thirty separate critical drills. Passing routes were monitored and graded down to the inch. Practices were scheduled to the minute.

The Standard of Performance was about instilling excellence. In his eyes, if the players could take care of the details, “the score takes care of itself.” The winning would happen. In his second season, a coach complained to the owner that Walsh was too caught up in minutiae and had no goals to win. Walsh fired that coach for tattling.

He eventually did start to win. In his third season they went to the Super Bowl and won. Even at the time, Walsh was humble enough to know, and to remind himself, this was a fortuitous break of the game.

We want so desperately to believe that those who have great empires set out to build one. Why? So we can indulge in the pleasurable planning of ours. So we can take full credit for the good that happens and the riches and respect that come our way. Narrative is when you look back at an improbable or unlikely path to your success and say: I knew it all along. Instead of: I hoped. I worked. I got some good breaks. Or even: I thought this could happen. Of course you didn’t really know all along—or if you did, it’s was more faith than knowledge. But who wants to remember all the times you doubted yourself?

Crafting (self-serving) stories out of past events is a very human impulse. Even in my own life, as someone who dropped out of college and found success early, I had to fight against the sway of being a “prodigy” or a “wunderkind.” That I was “going places” or on a hot streak. My last book was successful, should I tell myself that my new one is just the next chapter in a storied career? Or should I approach it with humility and hustle and awareness?

Writing our own narrative leads to arrogance. It turns our life into a story—and turns us into caricatures—while we still have to live it. And this was true for the 49ers too. Their two seasons after the Super Bowl, they lost 12 of 22 games. Why? Because they players were more than happy to accept the credit and prowess the media thrust upon them. Ego ran amok.

But not for Bill Walsh. He understood that it was really the Standard of Performance—the deceptively small things—that was responsible for the team’s transformation and victory. Only when the team returned to the Standard of Performance did they win again (three more Super Bowls and nine conference or division championships in a decade). Only when they stopped with the stories and focused on the task at hand did they begin to win like they had before.

The founding of a company, making money in the market, building a career are messy things. Reducing it to a narrative retroactively creates a clarity that wasn’t and never will be there. We must resist the desire to pretend that everything unfolded exactly as we’d planned. There was no grand narrative. You should remember—you were there when it happened. As Paul Graham—writing not far from where Bill Walsh practiced the 49ers—we need to “keep our identities small.” Make it about the work and the principles behind it—not about a glorious vision.

To do otherwise is ego and folly. Napoleon had the words “To Destiny!” engraved on the wedding ring he gave his wife. Destiny was what he’d always believed in, it was how he justified his boldest, most ambitious ideas. It was also why he overreached time and time again, until his real destiny was divorce, exile, defeat, and infamy. A great destiny, Seneca reminds us, is great slavery.

For Google, they’ve now overreached several times on attempts to “change the world.” Google Wave. Google Plus. Google Glass. All relative failures—in part because they weren’t launched like Google’s truly successful products (slowly, meticulously tested, without attention and massive amounts of marketing.) And also because Google believed too much in their potential upside to see the practical problems and difficulties early enough to fix them.

The same goes for us, whatever we do. Instead of pretending that we are living some great story, we must remain focused on the execution—and on executing with excellence. We must defer the credit or crown and continue working on what got us here.

Because that’s the only thing that will keep us here.

This piece is partially adapted from Ego is the Enemy. 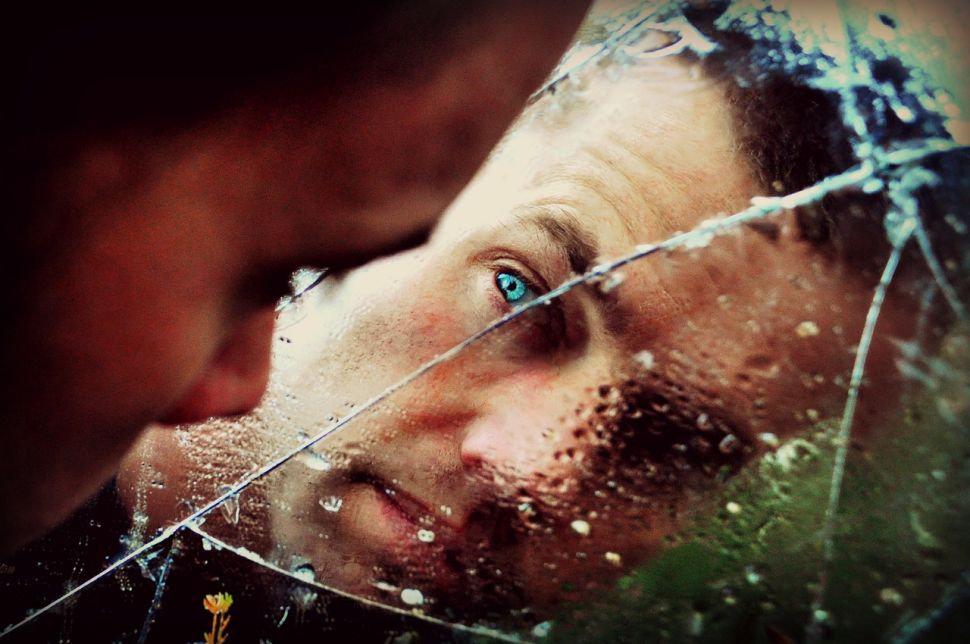