“When a bearded guy passes another bearded guy on the street there is such a comradery—you give them a head bop. When a clean-shaven guy passes a clean-shaven guy on the street they don’t even look at each other—it’s not like ‘hey, nice shave, buddy,’” explains Chris Stoikos, CEO of Dollar Beard Club. “We are leading a movement that’s much greater than we are.”

Beards—for many years considered unkempt—are now both socially and professionally acceptable. And companies like Stoikos’ Dollar Beard Club are cashing in.

Dollar Beard Club began by offering subscribers monthly deliveries of beard oil for just $1. Beard oils ease itchiness, soothing and moisturizing the skin while nourishing and softening the hair. In their first year, Dollar Beard Club generated $10.6 million in revenue, and now has over 70,000 subscribers.

“We were all meant to have beards!” Stoikos exclaims, likening the moment to a return to man’s natural state.

As a category, men’s grooming has traditionally been dominated by shaving cream and shaving products—but is quickly becoming more known for beard maintenance than removal. Sales of men’s grooming products are expected to reach to $21 billion in 2016.

Michael Haddad, CEO of Detroit Grooming Co., keeps it simple: “You don’t want to come into a meeting looking like a homeless person.”

Since launching their first signature beard oil scent—dubbed ‘Corktown,’ a blend of cedarwood, vanilla and tobacco on base of sweet almond oil—Michigan-based Detroit Grooming Co. has added seven additional beard oils to their offering. The company recently opened their first barber shop just outside of Detroit, and notes its greatest growth is in urban cities like New York, Chicago and Los Angeles.

‘The relationship between a man and his beard is very intense.’

Laurent Cohen, CEO of Beardilizer, segments the market into three categories: Beardos (older, “commit a lot of time to the bearded community”), Hipsters (“not necessarily committed—may one day shave”) and the Young Crowd (16-22 years old, “an aspirational growth segment—with peach fuzz”). “We channel our message toward the Beardos,” Cohen explains. “If you have vocal leaders of that group then the message will go to the younger demographic as well.”

Beardilizer, which launched in 2007, boasts the largest distribution of beard-oriented products in the world, including oils, waxes, washes, creams, sprays and supplements—to name a few. “Yes, this is a social movement,” Cohen says. “You have bearded groups in every town—they meet on a weekly basis and they want to have a social importance.” Beardilizer supports local Beardo communities, contributing to causes like providing food for the homeless.

The impressive social networks of Beardilizer, Dollar Beard Club and Detroit Grooming Co. attest to the community each has amassed. Their fan pages are engaged, vocal and interactive—and, while each company’s social accounts are unique, there is one uniting undercurrent: the overt anti-shave doctrine to which all must subscribe.

“I eat shaving cream for breakfast,” Stoikos says, “and that’s probably the only good use for it… To see a guy who’s super clean shaven is the equivalent of seeing a woman with a beard.”

Taking a more inclusive approach, Detroit Grooming Co. introduced a line of shaving care products earlier this year. “Some men have to shave because they can’t grow a beard even if they want to,” Haddad sympathizes. “Their face would look like a ripped-up sweater… it’s better if you open the doors to everyone.”

Haddad’s strategy is smart: despite speculation that the shaving industry is in decline, online sales of razors and shaving products are still strong. According to Amazon, even in cities where beard oil is sold the most, shave creams still sell twice much.

Regardless of philosophy, all agree: consumer education is critical.

“Everyone wants to know what it feels like to have a beard. Ask any clean-shaven guy—they all have sleeping beard ego,” Stoikos explains. “Their answer is either my wife won’t let me, my job won’t let me, I’ve tried to grow it out and it just takes too much commitment and I have itchy face—or they’re brainwashed to believe it doesn’t look good… People just need to be educated.”

And for those seasoned vets, well past the growing pains? Most are never satisfied.  “Everyone who has a beard always wants it bigger and fuller,” Cohen nods. “The relationship between a man and his beard is very intense.”

Shiri Sarfati is a beauty and wellness expert. She is the Founder of BeautySomething.com, a news media site focused on trending and shareable beauty stories. She is also the President of Markati Group LLC, a digital marketing agency. A native New Yorker, she now lives in Miami. Follow her on twitter @spaheiress 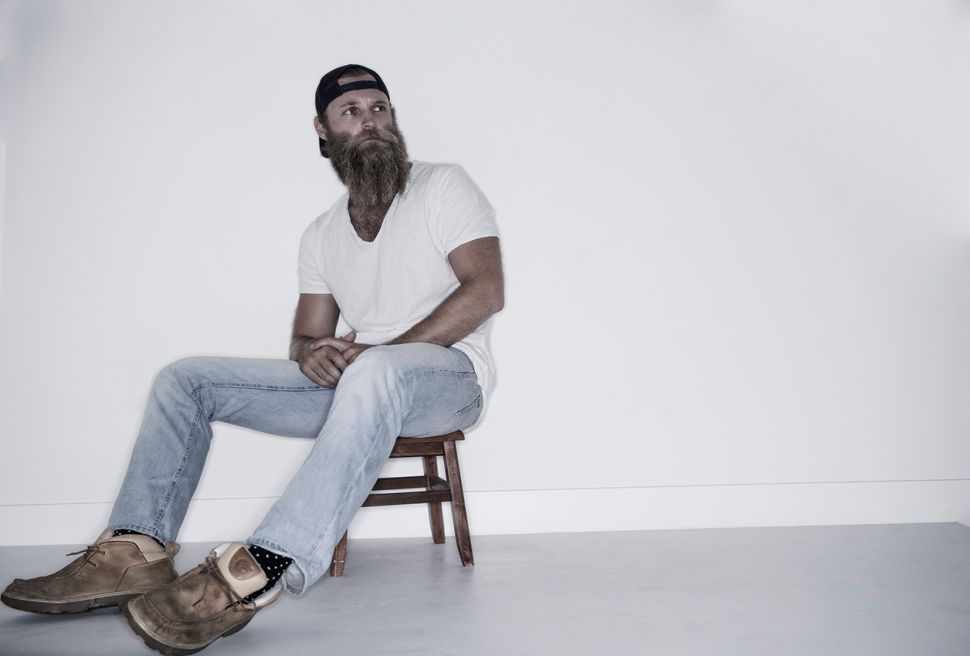