I’ve said it before but I’ll say it again. Someone at Bunim/Murray is having a hell of a good time titling Challenge episodes this season. And while a reference to this summer’s early billion dollar earner, Captain America: Civil War isn’t as outrageous as nodding to a seven year old Moon Bloodgood-helmed entry in the Terminator canon, that lucky employee clearly has their movie-reference-title-with-a-colon  game on point.

Yes, there is a civil war brewing in the Challenge house. I guess all of the characters match up but I’ve only seen three of the Marvel movies so my best guess is that Johnny Bananas is Iron Man because he’s the cockiest and most likely to sexually harass an administrative assistant. That makes Vince Hawkeye because you know why. Dario has to be Bucky because I saw the movie trailer for Civil War and somehow Bucky started it all or something. Nany is Black Widow because she scares me the most out of anybody on the show since CT broke every door in the Challenge house with Adam’s head. Wes is Thor because he looks like the person most likely to be a Norseman. I don’t know if this is a spoiler or not but I think Spider-Man shows up in Civil War so I’m going to say that Devin is my favorite comic book character Spider-Ham aka Peter Porker because he hams its up for the camera. So there you have the civil war according to me.

Cory and Ashley had to go into The Jungle to face the human slam dunk contest that is Nate and Christina because somehow Devin and Cheyenne keep managing to pick white skulls. Devin and Cheyenne have done this so many times that people in the house think that Devin “knows a way” to do this thing that is basically sticking your hand in a box and pulling out an object that at your worst odds is a 50/50 shot. Devin brags about everything, legitimately he is a premiere shit talker, which I find to be endlessly entertaining. Most people on the show will be like “I’m smarter than you” or “I’m a better athlete than you” or “if I see you in an elimination, I will destroy you” but Devin is going around being like “you want to pick skulls with me? I’ll pick skulls on you all day, baby. You can’t outpick skullz with me.” Truly, he is excelling in getting under Vince’s skin. Vince hits Devin with the tough talk like “I will bury your face six feet under” and Devin doesn’t even flinch “no way, you’ll tap out, I’ll Ronda Rousey that ass.” My guess is that Devin’s skull picking strategy is that he tells them they better come out white or else he’s going to Brock Lesnar them into obscurity.

Nate and Christina feel like they’re underdogs coming into this competition and yeah, well no duh, last week you were voted “Easiest layup” by 90% of the teams and if the Challenge house was a class picture both of them would be sitting criss-cross applesauce in the front row while lumberjacks Cory and Vince and Johnny Bananas would be upright in the back. But eliminations are where anything can happen and so Nate and Christina pull off a LeBron-worthy upset. The only reason this wasn’t a better underdog win of the year than the Cavs beating the Golden State Warriors is because that was in the championship and this was a regular season game like the Knicks stealing a win against, well anybody. Even TJ calls this one of the biggest upsets he’s ever seen. Cory and Ashley are out and Devin starts calling Dario a coward for setting up this situation.

Wes and Sarah, who are friends in real life, discuss the house’s current dynamic. Wes lets it be known in the most typs Wes way that in real-life Dario wouldn’t even be able to get a meeting with him, West, because Dario 100% thinks Wes’s name is West. Sarah calls Wes out for not having the physical game he used to, which is definitely true. Wes calls Sarah out for being Team Bananas and makes the most coherent point backing up my Bananas and Sarah team-up conspiracy, that if Bananas really wanted to hate Sarah on this challenge, he would have and made the whole house hate her as well. Bananas-Sarah truthers unite.

The challenge this week involved having to jump on a swinging heavy bag over the and leaping off while trying to grab flags. No surprise, Johnny and Sarah won. Nate and Christina came in last because they got zero flags and Nate jumped onto the bag the least amount of times. His dad was probably screaming somewhere into the void “don’t be a wimp.” At the nomination ceremony, Sarah started to give a speech of who she was nominating but Wes cut her off and walked up before she could say his name. Then Johnny started talking about the next nom and Devin walked straight up to cut him off. Both of those teams were going in anyway but people are literally nominating themselves, this season is so lit.

Using whatever dark magic, Now You See Me 2-palming the white skull trick Devin knows how to do, he and Cheyenne escaped their fourth elimination. Maybe it’s because Devin and Cheyenne were already eliminated week 1 and so the skulls don’t recognize them as active contestants and that’s why they won’t put them into the elimination because how can you eliminate something that has already been eliminated? But Wes and Nany go into The Jungle. Nany and Nicole have been fighting because Nany feels like Nicole backstabbed her by giving Dario the information that led him to switching sides. Nicole is in a tough spot because Nate is her boyfriend that she maybe sort of has thrown around the “L-word” and Nany is her cousin and one of them is going to get the boot.

The Jungle is called Shattered Dreams, shout out to the original dream shatterer Big Pun who shattered dreams like Jordan, assault and batter your team, your squadron’ll be barred from rap like Adam & Eve from the garden. Wes and Nate had to break panes of glass with a giant hanging iron beam while Christina and Nany cranked them to the appropriate height. Wes and Nany made short work of Nate and Christina who probably made it six weeks longer than they should have because this season has only had seven eliminations and two of them were in this one episode. Nany notices that Nicole wasn’t cheering for her and is not happy. TJ announces that four out of the five remaining teams with be going with him to Argentina. Only two episodes left this season. Who will come in second and third after Bananas and Sarah win? 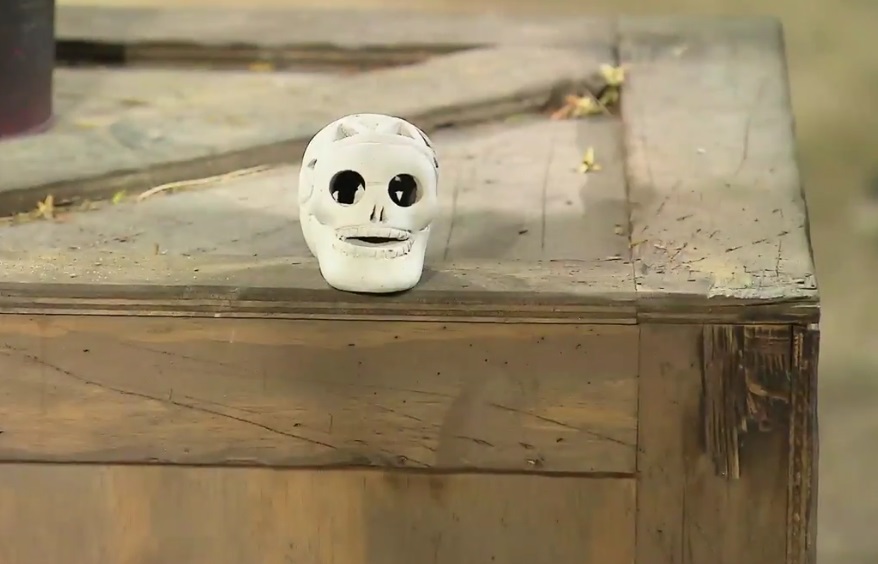