Careful what you say because the children will listen. Beginning with harrowing footage of World War I, The Childhood of a Leader is the disturbing story of how a child is shaped and affected by the power of fascism. When 9-year-old Prescott is uprooted from his American school and transported to France by his German-born mother (Bérénice Bejo, from The Artist) and American father (Liam Cunningham), a diplomat dispatched by President Woodrow Wilson to oversee the 1919 Paris Peace Conference that led to the disastrous, world-shaking Treaty of Versailles, he changes dramatically. The film charts the impressionable boy’s gradual descent—via tantrums and power struggles with adults—into sociopathy. Eventually he would become a poisonous commander in World War II with traits of both Mussolini and Hitler. A debut feature by American writer-actor Brady Corbet, the film is sketchy, confused and too self-consciously aimed at arthouse audiences to thrive commercially, but it has a chilling impact.

Prescott looks angelic dressed in frilly feminine ruffles, with long girlish Shirley Temple curls his mother refuses to cut, but there is evidence that he has always been something of a brat. When we first see him, he’s throwing rocks at Catholic churchgoers as they leave a choir recital for the town’s annual Christmas pageant. (Early photographs of Mussolini show that he was pretty, effeminate and resistant to religious ceremony.)

When Prescott is forced to apologize to the local priest for his violent actions, he sullenly refuses. He suffers from nightmares and wets his bed. He also shows an early fascination with adult political discussions behind closed doors. Whenever a handsome reporter who covered the war in Germany (Robert Pattinson, in a continuing effort to distance himself from his fame as a sexy vampire in The Twilight Saga) pays a visit, the child listens avidly at the keyhole. No wonder he is confused about the adult talk of anarchy and forthcoming danger that swirls around him.

The boy suspects that the dark stranger has been having a secret affair with his mother, while his father is sometimes seen leaving the room of the boy’s beautiful French teacher (Stacy Martin). Meanwhile, Prescott acts out his anger and frustration by invading his parents’ parties half-naked, staging a hunger strike and rejecting authority on every level. His only friend is a kindly old nurse who breaks the rules and defies parental orders to spoil him; when she is fired by his mother, nothing can be salvaged between mother and son. The servants are metaphors for the people of Europe victimized in the coming war for crimes both real and imagined, and Prescott becomes a symbol of the twisted psychopaths who became fascist leaders in Europe.

This is a lot to tackle for an inexperienced director, and the result is tertiary at best. Blaming Prescott’s motivations for becoming a nihilistic insurgent on a dinner guest’s description of him as a “lovely, little girl” is hardly convincing. One final sequence set in the future that looks like a Hitler Youth rally in Berlin, accompanied by a crashing orchestral score by songwriter Scott Walker influenced by Wagner, is impressive but baffling. The poetic cinematography of a cold, calm French countryside in the dead of winter is compelling, and the cast is very good. The role of the little monster heading for inhuman dictatorship is played by British newcomer Tom Sweet with an admirable lack of inhibition, but his poor diction mires the film in frequently annoying mumbling—an affectation too many of today’s young directors not only overlook but actually encourage. The Childhood of a Leader is a dark and creepy work, flawed but ambitious and well worth seeing. 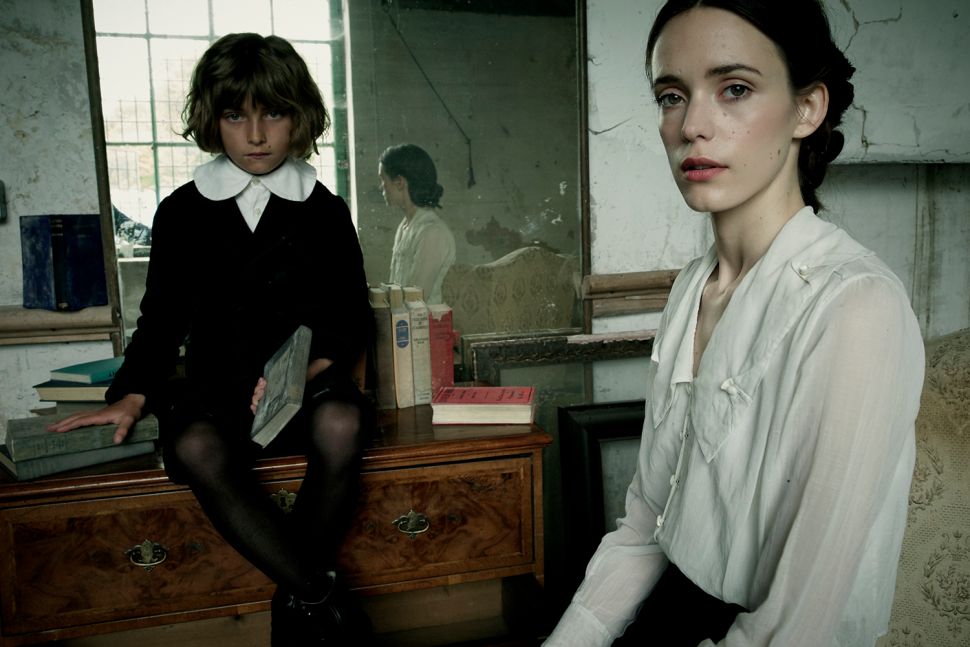