Did bullies, aided and abetted by the playground pundits, make your childhood a recess in Hell? Did you get a lousy nickname that stuck? Are you scarred by a diabolical handle like “Stinky” or “Snotty”? Do you feel the twinge-memory of that wound now?

If so, your suffering likely came from the attentions of a budding Trump. The Donald is a master of the playground taunt. And “Crooked Hillary” is obviously one of his recent targets. Despite a spirited Democratic National Convention, her campaign has struggled to counter-punch.

The campaign does try. There’s Hillary’s somber spot featuring parents mouthing Trump slurs like “She had blood coming out of her wherever” and “You like girls that are 5’ 1”. They come up to you-know-where.” But everyone in the spot is wearing a Trump t-shirt, and, since the shirts bearing Trump’s face are an indelible image, a conflict is set between the wardrobe and the spot’s message: “Think About This…”

And that’s a good example of why Clinton’s messaging goes awry.

Emotion drives voters. Trump has proved, once again, that “thinking” just gets in the way. In this game, that’s a fundamental rule. The Clinton campaign better get a handle on it before voters start pulling levers in the booth.

Then there’s “Role Model” about kids watching “President” Trump on TV, advocating mindless mayhem, demeaning women and mocking the disabled. Good start. Absolutely something to think about. Then comes the denouement–a lecture from Hillary. A friend said the spot grabbed his attention—until Hillary surfaced. The takeaway: “Damn! I really don’t like Clinton” (something the Clinton campaign should have considered before the spot ran). They failed to convert a voter because they turned an effective “save our children” message into a mini-sermon.

Hillary has been an ad recycler, trying to inject energy into her messaging by re-running TV spots from the ’64 Johnson-Goldwater campaign. During her ’08 bid she ran “Red Phone,” arguing that then-Senator Obama lacked the experience to handle a crisis in the White House.

Now she’s reviving “Confessions of a Republican,” going as far as to feature Bill Bogert, the original actor from “Confessions” circa 1964. That campaign devastated Goldwater and pundits are still analyzing it. But it’s a go-to strategy in the ad business: if you can’t come up with original work yourself, do someone else’s.

Not here. Not now. Resurrecting 50-year-old concepts won’t bring the kind of power needed to bring down this bully.

The strongest and most memorable messaging triggers responses from the heart—and gut.

Trump has promised to deport millions of our neighbors, dropping them (we assume) in Mexico to fend for themselves.

An announcer would narrate, describing how Donald Trump has promised to deport 4 million people…the vast majority of them hard-working and law-abiding. … the idea frightening most Republicans …and Democrats… and Independents – any of us with any sense of human compassion….it’s an idea that should bother decent people a lot…but it doesn’t bother Donald Trump. The spot ends with a call to vote against the deporter-in-chief in November.

It’s OK to be the smart, witty and even thoughtful voice out there, but when the donnybrook is done in this playground you’d better make voters feel something if you’re going to be the last one standing.

Doyle Dane Bernbach alumnae Sid Myers, Don Blauweiss and Chuck Schroeder are partners in SeniorCreativePeople.com. Myers was a creator of “Daisy Girl”, “Confessions of a Republican”, “Eastern Seaboard” and other iconic ads that contributed to the defeat of Barry Goldwater in 1964. 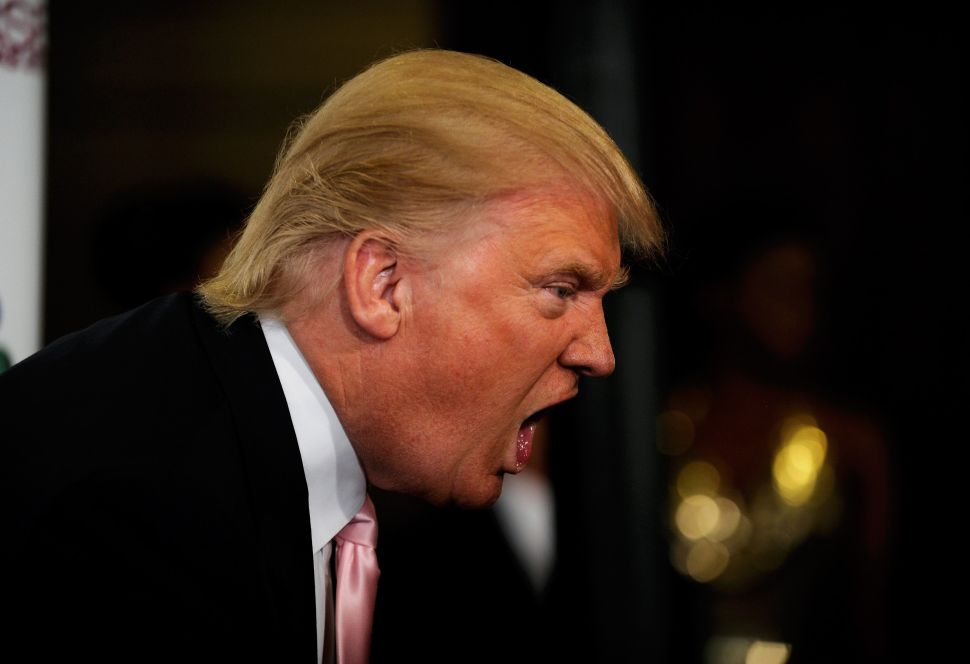