While the world’s eyes are turned to the current fluctuations of the British Pound due to Brexit, there is another transaction taking place in the EU, completely out of the limelight.

This century’s currency changeovers in Argentina, Zimbabwe and North Korea left many holding worthless notes as governments attempted to fix their financial mess. The infamous company of such robbers has now been joined by one of the world’s oldest democracies: Sweden. But, in Sweden’s case, the losers aren’t the residents, but foreigners and Swedes residing overseas.

The last time Sweden changed its currency, the Kroner (SEK), was in the 1980s and the official line of the time was that it needed to fight counterfeiting. The money was exchangeable at the bank branches—fair and square—and citizens received new and improved banknotes and coins that were to last until further notice. The notice arrived in 2015 with vast majority of currency declared to become invalid in two steps taking place in 2016 and 2017.

Unfortunately, this time is going to be different. Sweden’s government is implementing an ambitious plan to go overwhelmingly digital, and is entrusting the world’s oldest central bank, the Sveriges Riksbank (Swedish Royal Bank) to oversee the process. To this affect, the Riksbank has cheerfully posted the amount of money it deemed invalid. On August 30, 2016, 7.9 billion SEK (U.S. $933 million) will become a collectors item. In 2017, the largest bills (100s and 500s) and coins will also be history.

By itself, the transaction would have been uncontroversial, as all bills and coins need updating from time to time due to improvements in printing, and manufacturing technologies that enable fraud. However, the Riksbank’s process is designed to completely invalidate all cash held overseas—thus making the process of exchanging it impossible.

After August 31, all 20, 50 and 1000 Kroner notes must be sent to the Swedish bank (no walk-ins) by registered mail. Riksbank knows the EMS mail system supporting registered postal delivery works only in the EU, and not outside of it. USPS registered mail stops at U.S. borders, which makes sending cash an expensive and uncertain proposition.

But the biggest kicker applies when the money is received: exchanges will not be made in cash—only electronic deposit. Since most banks outside of the EU and in the U.S. do not except Kroner deposits, the money will be automatically be exchanged into local currency, minus the Riksbank’s SEK 100 ($11.86) handling fee and bank charges for incoming transfers (on a scale of $20 and up). There will also be foreign exchange fees, ranging from two to six percent, depending on the bank.

Kroner-holding customers will have the pleasure of seeing his/her cash undergo a forced conversion, not unlike the unlucky holders of U.S. dollars in Argentina’s banks during the financial collapse of 2001. However, the Argentine deposit holders fared much better than their North Korean counterparts in 2009, whose savings were capped at Won 500,000 (U.S. $110)—with any balance above that level forfeited. This lead to the first ever recorded riots in modern history in North Korea, as the love of money exceeded the love of their great leader.

To be clear, the Swedish operation is specifically designed to limit Kroner holdings overseas, despite Riksbank’s official statement on the contrary: “Our aim is solely to increase security and efficiency in the use of cash. We do not agree that the changeover is being conducted at the expense of people holding Swedish banknotes but living overseas,” said Susanna Grufman, department head of coins and notes of Rijksbank in Stockholm, Sweden.

So far as the “security and efficiency” of the cash is concerned, data speaks to the contrary. In 2015, only 295 banknotes were reported counterfeit that don’t even register as statistical error in the currency worth US $9.85 billion (2014 statistics).

Therefore, the only reason for going cashless appears to be geopolitical and socio-economic. The move will increase bank profits by limiting their liabilities and costs of handling cash, while at the same time influencing the spending habits of the population by increasing debt. Politically, the operation makes society much more susceptible to a central system of control as it erases any precept of individual privacy. How one spends their money is personal. Giving any entity the keys to that information—regardless of motive—presents instant and absolute control as the world has never seen.

The operation is also symptomatic of careful planning for an uncertain future. As of June 2016, only 12 percent of Sweden’s gold reserves are held in the country. When the cash on hand dwindles to the point of Riksbank halting to the process of de-cashing Sweden, one can only wonder if the country is perceived as a front line in the upcoming conflict with Russia? History would assume so.

Derek Monroe is a writer/reporter and consultant based in Illinois. He has reported on international and U.S. foreign policy issues from Latin America, Poland, Japan, Iraq, Ukraine, Sri Lanka and India. His work has appeared in Institute for Policy Studies, Foreign Policy in Focus, Alternet, Truthout, RT,Common Dreams, RSN  and Ohmynews, and has been published in over 20 countries. 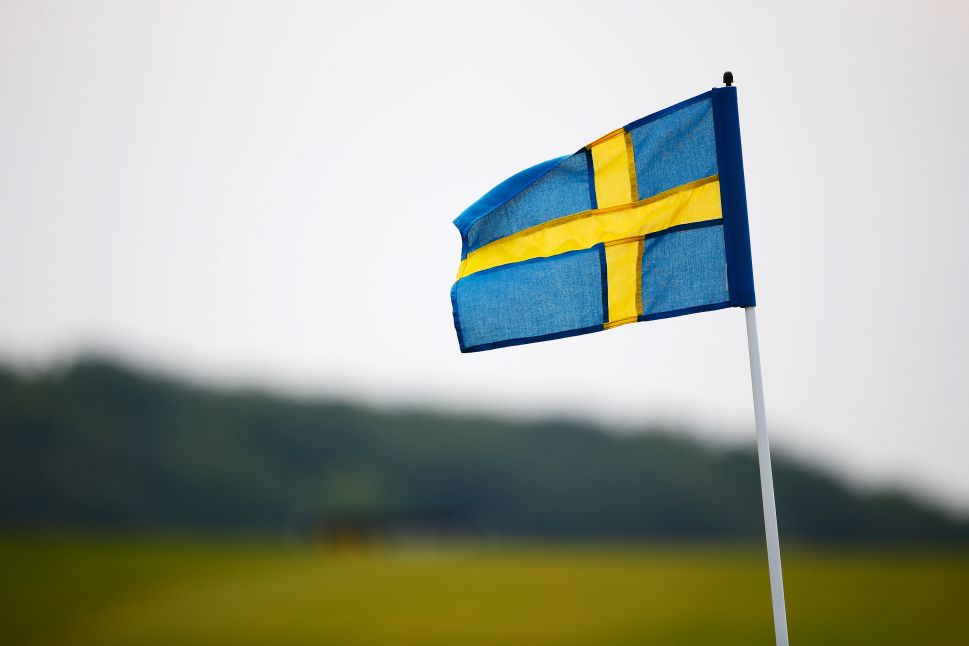