There is an old Zen koan about a master who receives a student for tea. As the visitor extends their cup, the master pours….and pours, and pours. The cup begins to overflow.

Finally, the student says something: “Stop! The cup is full. It can hold no more.”

“Yes,” the master replies. “And your mind is like this cup, full of opinions and speculations. How am I to show you Zen unless you empty your cup?”

Like all koans, the story is silly, but it sticks with you. Suddenly, when you least expect it, the meaning becomes clear. I thought of this koan when I was reading Jonathan Abrams’ fascinating book, Boys Among Men, about the generation of basketball players who skipped college to go straight to the NBA. Ostensibly a book about professional sports, it’s really a look at a very elite labor market. Why do some of its highly valued prospects fail? Why do some succeed? What do the industry leaders—coaches, scouts, general managers and fellow players—do right and wrong in terms of training new recruits? And what lessons can we extrapolate in our own lives when it comes to fulfilling our potential?

In the book, Abrams writes, “There is no single trait shared by the high schoolers who reached their preordained stardom and those who fell short.” As a journalist, Abrams is especially fair and nonjudgemental when it comes to the talented players who didn’t make it—despite the hype and high hopes of everyone involved. But of course, there is one trait shared by the winners and one lacking in the so-called losers—just as there is in almost every human endeavor that matches skill against skill. It is the same one warned against in that Zen story.

As I see it, the difference between the high school players who managed to succeed and the ones who failed is this: Some managed to learn and adapt to the game when they entered the NBA and others—though certainly capable of learning and growing—for some reason did not. Abrams never comes out and says it, but I see that at the root of that difference was ego—which fills up one’s head and doesn’t allow anything else in.

Yet when it comes to sports, the one issue that always seems to get overlooked is the role of ego in the trajectory of these players careers.

There has been no shortage of discussion and lecturing and finger wagging about high school players as cautionary tales. Immature teenagers being handed fame and fortune overnight, kids from bad homes being asked to do things they have no familiarity with, etc. There’s no reason to pile on.

I’d prefer to look at something more productive. All of us have been 18 years old, and all of us know the ways in which our youthful arrogance held us back. Yet when it comes to sports, the one issue that always seems to get overlooked is the role of ego in the trajectory of these players careers. Perhaps that’s because we don’t want to look at the way that ego has similarly cost us—whether it’s on the path to Zen or success.

Looking at young athletes (that is not us), the question standing between stardom and disappointment is much clearer: Were they able to temporarily put ego aside to learn and improve? Or did they believe they were as good as they needed to be and were shattered by the reality they smashed into?

Kevin Garnett was ready to learn. Korleone Young was not. Kobe Bryant, as egotistical as he would become in his career, was willing to put in the work as a young player. Amir Johnson was willing to play in the developmental leagues to improve his game. Ndudi Ebi was not.

Think about it: A player good enough to be drafted directly from high school is already incredibly skilled. Physically, they are usually far ahead of their peers. They’ve dominated opponents—even teammates—for years. They’ve been invited to the best camps and played for the best coaches. They and their family have been inundated with offers, agents and recruiting inquiries. And this doesn’t even get into what it is like to play for thousands and thousands of cheering fans every week, starting at childhood.

Yet, even the most competitive games and leagues have nothing on the level of play expected at the NBA level. To think someone like Kobe Bryant went from playing against high schoolers to facing Michael Jordan…in a matter of months.

Ndudi Ebi, a 6-foot-9 forward, entered the NBA straight from the Westbury Christian School in Houston in 2003. He had speed and an outside jumper and a lot else going for. He was drafted by the Minnesota Timberwolves, a team that had a history of successfully grooming high school players. To them and other teams, Ebi showed enormous potential—many thought he could be as good as Kevin Garnett. The idea that these two players could play together? It was exciting even to think about. But instead of being as good as Garnett, Ebi was waived after two seasons, and the Timberwolves ate his contract.

Cringeworthy. But before you judge, have we not had similar reactions—if only silently? I’m not going to accept your entry-level position—I went to college! It’s millennials balking at unpaid internships just as it is laid off Boomers refused to learn new skills or downsize their lifestyles. It’s refusing to listen to feedback from someone who isn’t your boss; it’s saying, “No, sorry that isn’t part of my job description.” It’s deciding you’re good enough, and now you can coast.

The consequences of this kind of ego are just higher for some people. For Ebi, because he was not a developmental player, he never became an NBA player either. Flip Saunders, his coach, told Abrams that this was the essential difference between Ebi (a bust) and Garnett (a truly great player). One was willing to learn and the other refused to even consider the idea. Garnett took notes on players so he could improve and work on his game. Ebi never did. (In fact, when Abrams asked Ebi—who is still playing internationally—what he learned in the NBA, Ebi answers, “What did I learn in all my years in the NBA?…Staples Center has the best nachos.”)

I actually get where Ebi is coming from because I’ve been there. I dropped out of college after getting job offers that people much older than me would have killed for (in fact, I half seriously worried the person whose job I took was going to murder me). I didn’t have millions of dollars thrust upon me (though I do remember wondering how I was possibly going to spend my $30,000 salary), but I was suddenly dealing with immense responsibility and projects I’d only dreamed of one day working on.

Ego will ultimately hold us back, unless we hold it back first. That’s a balance that all ambitious people must strike.

It’s a difficult predicament for people to find themselves in—but it’s even harder when you’re younger. On the one hand, they were chosen because they have talent and skills. On the other hand, they are woefully unprepared and ignorant. I certainly was. But the mind doesn’t want to focus on the latter part of the equation. It wants to reflect—to bask—in the glory of the former. They chose me. I’m special. I’ve got this.

Abrams has a wonderful quote from NBA coach Jim Cleamons:

“There’s so much about the game that [high school players] do not understand, that you cannot tell them they don’t understand because it’s basketball and they’ve been playing basketball since they were in elementary school.”

In other words, their cups are already full.

Two-thousand years ago, the Stoic philosopher Epictetus reminded his students that “one cannot learn that which they think they already know” and this was true then for those studying philosophy. It is true for young players entering the NBA, and it’s true today for all of us, no matter what path we decide to follow.

We’re not sitting down for tea right now, and we might not be straight out of high school looking at a multimillion dollar professional career, but if our cups are full, nothing else can be let in. And this ego will ultimately hold us back, unless we hold it back first. That’s a balance that all ambitious people must strike.

I asked Abrams about Kobe. Because we look at someone like him—an NBA champion and egomaniac—and assume that those two factors had something to do with each other. Many a young player seeks to replicate that pose and swagger on the court, thinking that it will get them what Kobe got.

What we miss is that in his first season, Kobe had to actively suppress that ego. If he hadn’t, he never would have survived. As Abrams put it, yes, “Kobe arrived and thought he was probably better than he actually was,” but that wasn’t the end of it. The key was that despite this inflated opinion, “he still wanted to work to get better.”

Talented beyond his years, Kobe’s cup wasn’t exactly empty, but he was hungry and humble enough to leave a little bit of room left for the master—for experience and for life—to fill. And so we must do the same. 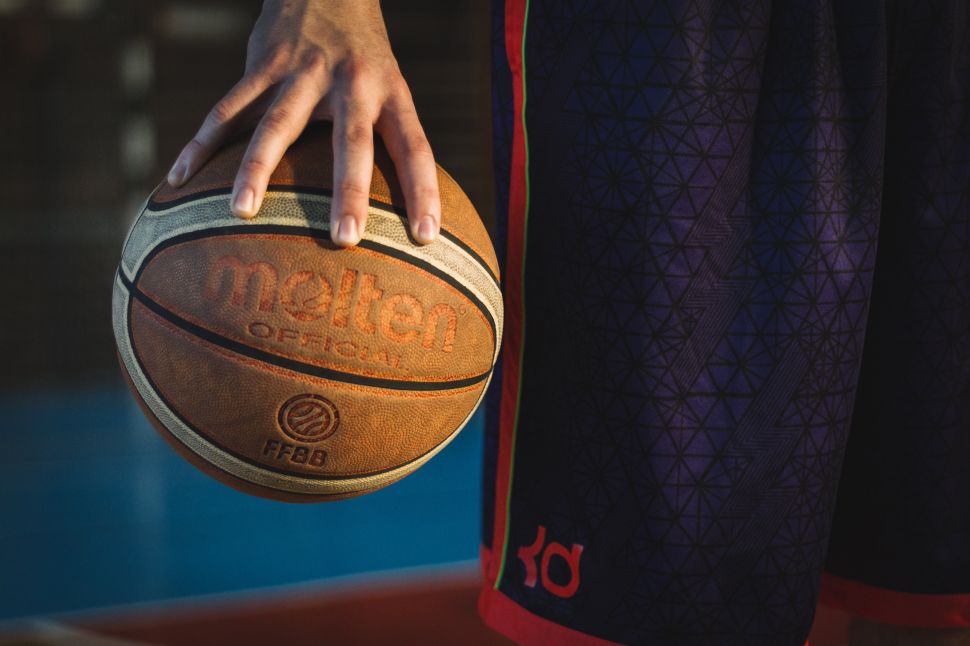