More often than not, the music that’s sent to me is difficult to write about.

Describing music is never easy, which is why most journalistic shorthand to describe an artist or sound resorts to cheap genre descriptor pastiches and made-up, meaningless new codifications. Once in a while those labels catch on, but more often than not those descriptors are but the rare moment where that journalist can flex their creativity, to take a chance describing something fresh and new, allowing us some insight into what informs the associations that they make.

All of which is to say, sounds are hard to put into words. But it helps when there’s a good story there, doesn’t it?

More often that not, the music that’s sent to me is difficult to write about because there’s just no story there. And sometimes the music is good, like, really good, which makes me feel as if the act of refusing to write about it does a disservice to the readers who trust my judgement. But here’s the thing—very few people in journalism give arts journalists a fair shake, and even fewer show love for music journalists.

I have to at least entertain the idea that people who don’t take music journalists seriously are responding to stories that get published for the wrong reasons—either the journalist just really likes the band, and their enthusiasm gets the pitch approved despite the fact that they don’t have much to say beyond “it’s good” and “you should listen to it,” or the story has been thrust upon them by the publication for some other reason (either the editor loves it, the artist or their crew have some sort of relationship with the publication, or they’re just super-fucking popular.)

Sounds are hard to put into words. But it helps when there’s a good story there, doesn’t it?

As such, those rare few arts journalists who are serious have more to prove if they want to distinguish themselves from the fledgling ones, too. In a field where finding work is already difficult, arts journalists have an even harder time because the jobs just aren’t there. What’s more, those in a position to hire often treat the majority of young journalists attracted to arts reporting as nothing more than armchair critics, fans with half-baked opinions who favor feelings over facts.

Our fearless Observer editor in chief, Ken Kurson, said something similar to me on my first day in his office.

As much as he loved music journalism, Ken felt that the majority of journalists who focused on music were just failed musicians themselves, less concerned with producing good writing and reporting and instead ultimately looking for a spot on the tour bus. He didn’t know at the time that I’m a classically trained violinist who’s been playing since I was four, or that I have several solo records under my belt (Google at your own peril). Nor did I know at the time that he once played bass in the revered Chicago jangle-pop band Green. Either way, I suddenly had something to prove, and was up for it.

My plan with writing, if I ever had one, was to unpack the “why” that informed the work of every artist I wrote about, and looking for a raison d’être quickly narrowed the pool of who had a good story I could tell. It was really still just a matter of those eternal news values—proximity, timeliness, prominence, impact, conflict and nostalgia.

A shitty band is pushed upon me as either pure nostalgia or timeliness—they’re either “progenitors of the new trance-metal,” or they “long for the days when the sounds of disco…”

The other values are often pushed on me by a publicist. There’s conflict in a record that almost didn’t happen after the singer’s crippling addiction to all-you-can-eat buffets; there’s impact in dogmatically-worshiped statistics of chart performance or Soundcloud plays; and there’s prominence ascribed to the band that once played Shia Labeouf’s Bar Mitzvah or Sofía Vergara’s Quinceañera, too. But you’ve got to not only check off several of those news values to have a story—you’ve got to understand how they inform that artist’s life to tell their story.

In arts journalism, with its private parties and branded-content “exclusive” premieres, maybe that yearning to say something larger gets diluted by the enticing visceral realities of the entertainment industry.

Maybe too many publicists focus on writing the story, or at least the story’s nut graph containing the thesis, ahead of time for most arts journalists to just lap up. To that end, any stigma that arts features are less serious and more ephemeral than “hard news” falls on the shoulders of the editors and their writers, who take press releases as scripture and conduct the extent of their reporting as only an amplification of a perspective that has already been shaped and subsequently fed to them.

That’s really a shame, because the whole cosmic haw-haw of it all is that the arts, for all the seeming short-lived ephemera of listening to a catchy song or watching an entertaining film, are eternal. At its most haughty, the act of creating something is a grasp at immortality, the forging of a work that should last long after the creator is worm food.

Hard neighborhood news, meanwhile, is service journalism—absolutely necessary information, timely, local, and inherently valuable. You want to know when a man is stabbed in your neighborhood, or when your favorite gelato chain is coming to your borough. But for all the hallowed seriousness of a local paper’s breaking-news desk, the often palpable shade that reporters on the grind throw at arts journalists is straight-up unfair.

Once the mime who kept exposing himself to old ladies on the B52 bus in Brooklyn has been apprehended, the story is over. Meanwhile, there’s a whole world of people creating, making shit with their hands and crafting their own legacy for no other reward than maybe a small taste of immortality.

Perhaps one day, the systematically disrespected and undervalued arts journalist will fade into myth. But it’s going to come from realizing that, in the same way we marginalize our city’s creative class by outsourcing creative works and art to freelancers and hired guns, we treat our arts journalists with a similar arms-length disdain.

That’s a shame, because a good song or a good picture is far from ephemera. Like hard news, arts journalism tells the story of our shared now. But unlike hard news, the creative work that lasts also tells our story to the future.

An earlier version of this piece inaccurately claimed that my Alma Mater, CUNY’s Graduate School of Journalism, was more reluctant to accept prospective arts journalists than those studying other subject concentrations. This claim could not be validated from multiple sources. 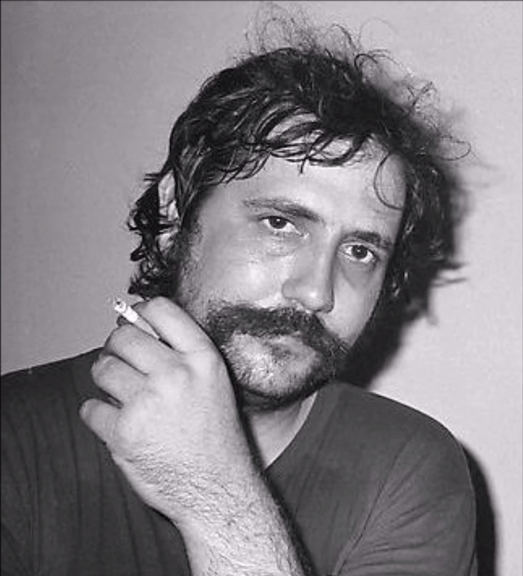