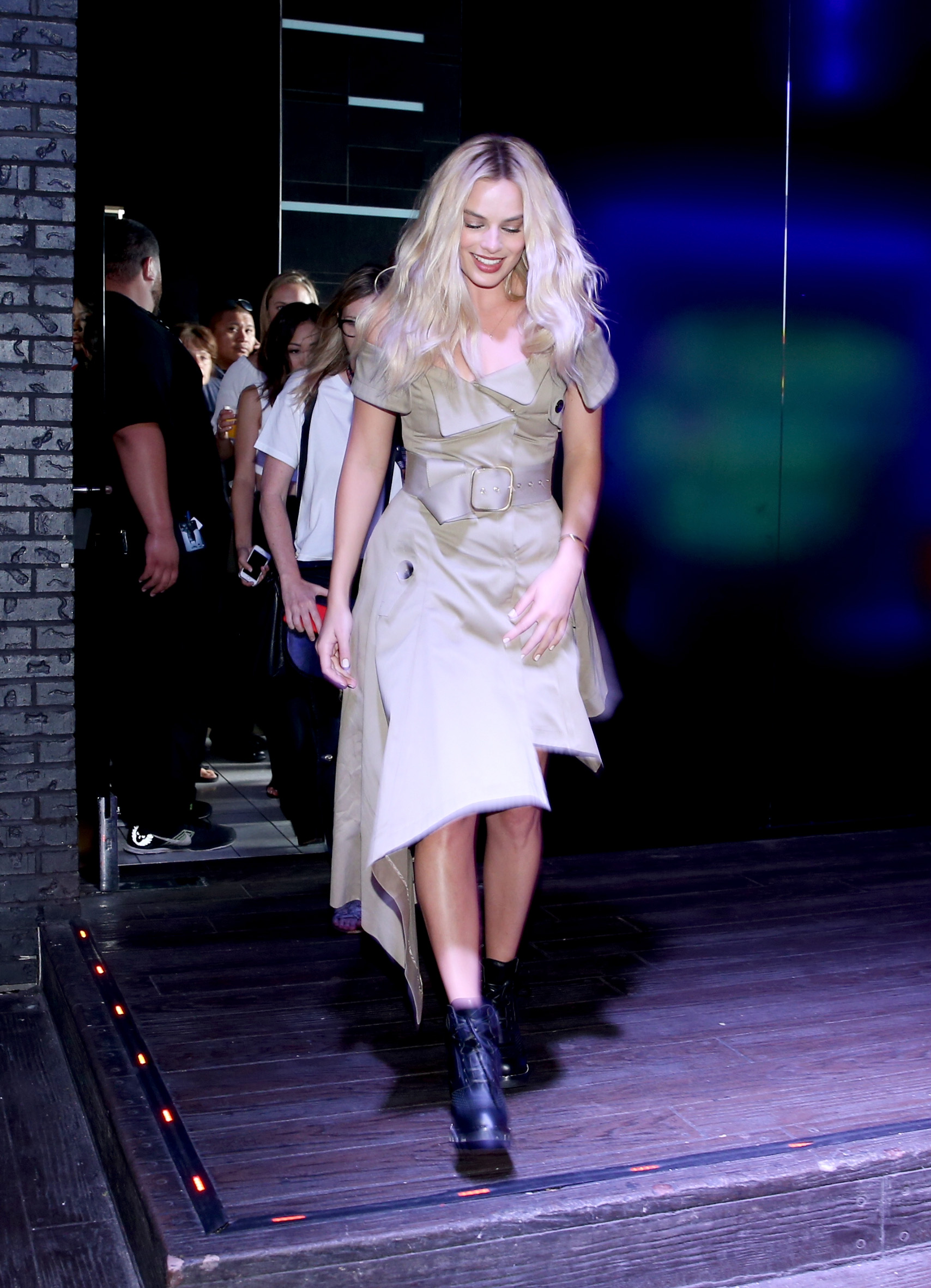 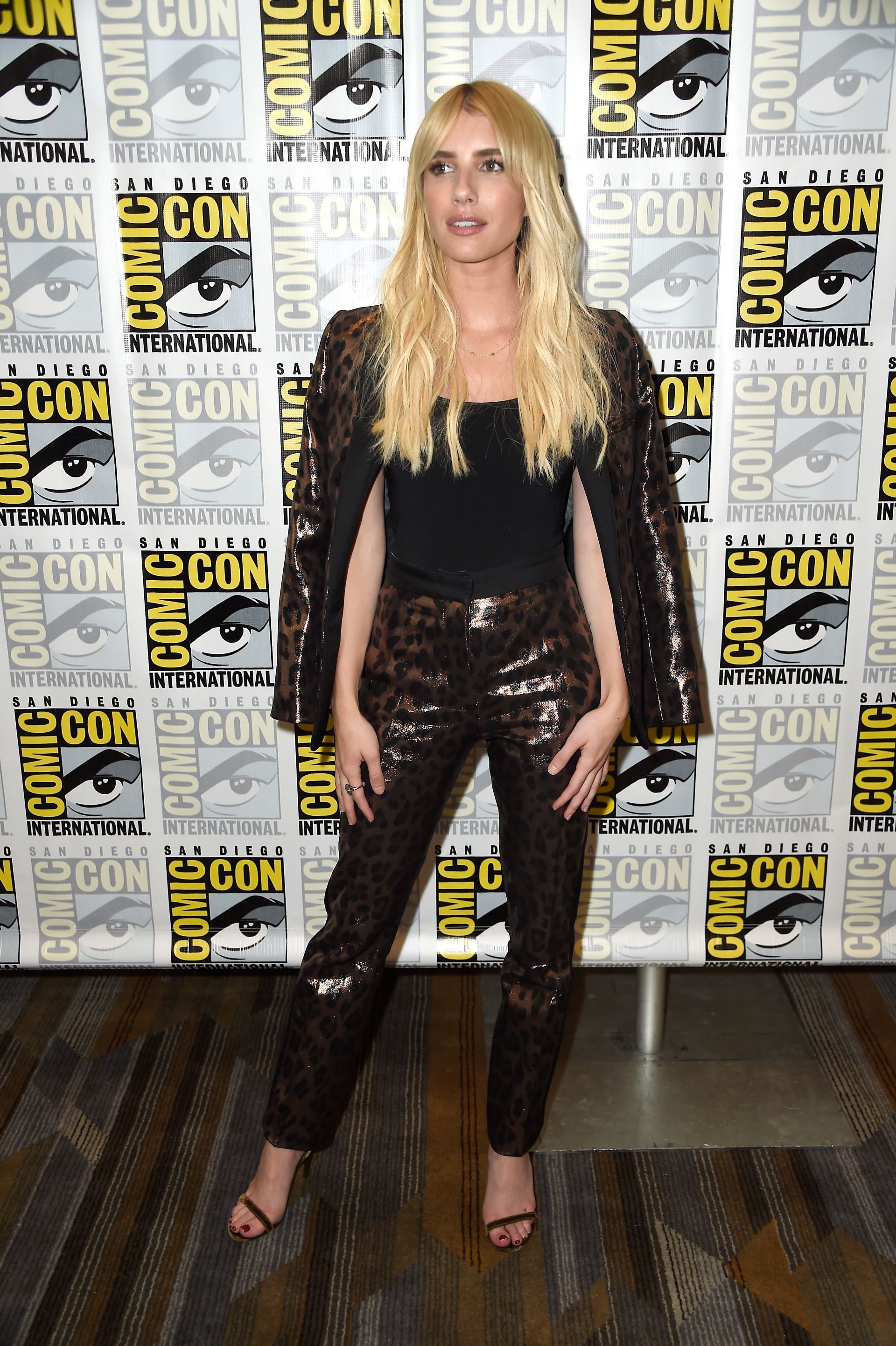 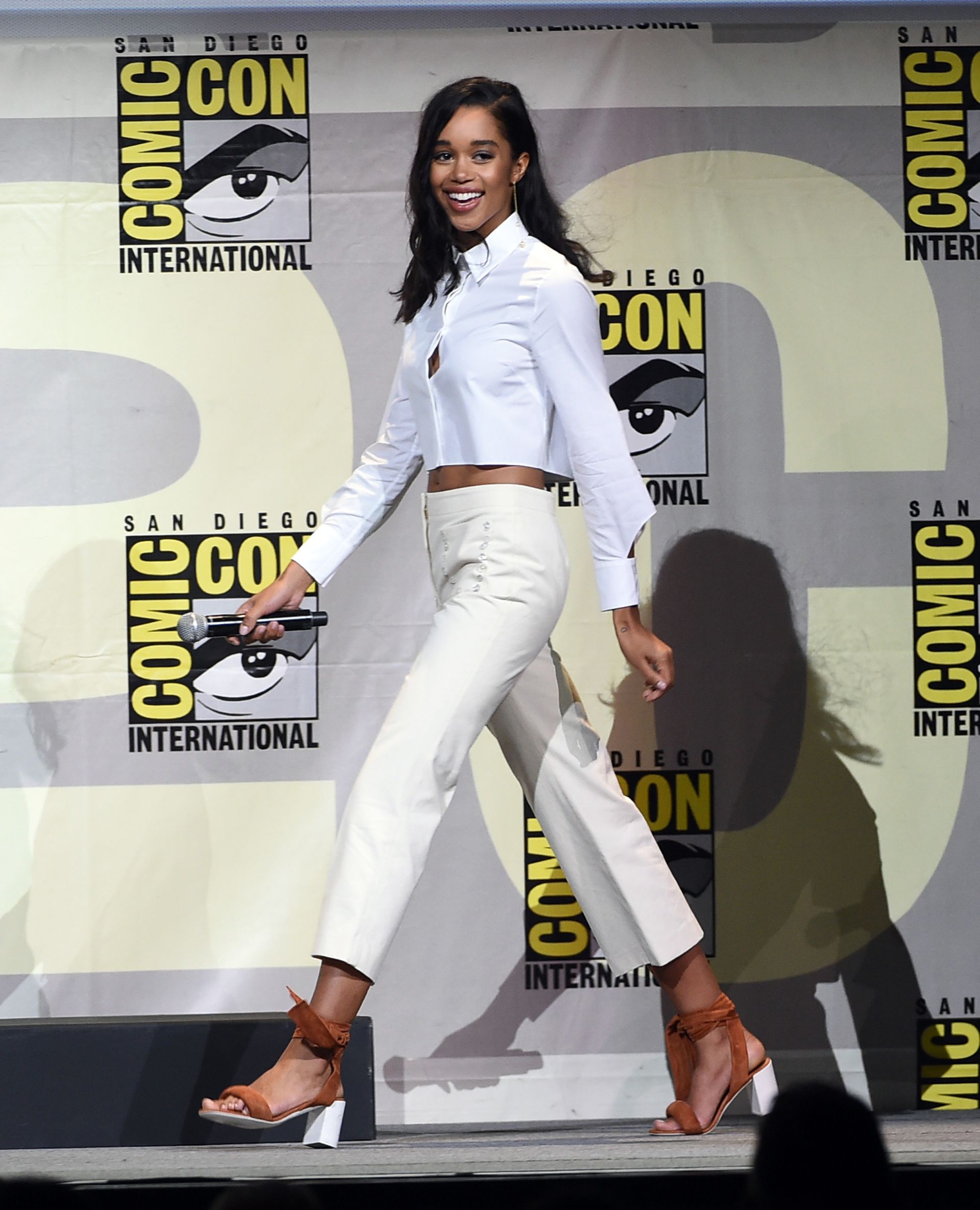 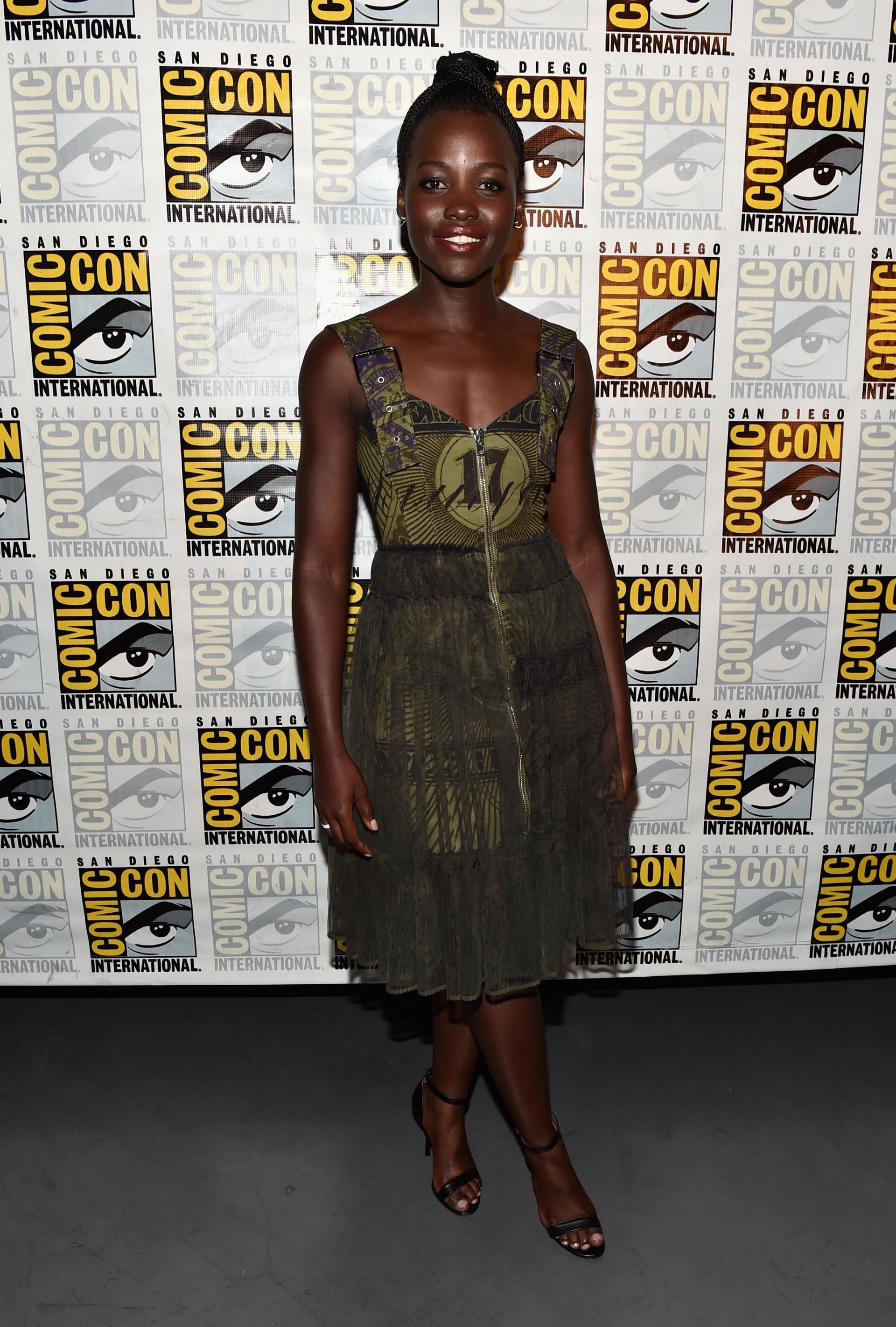 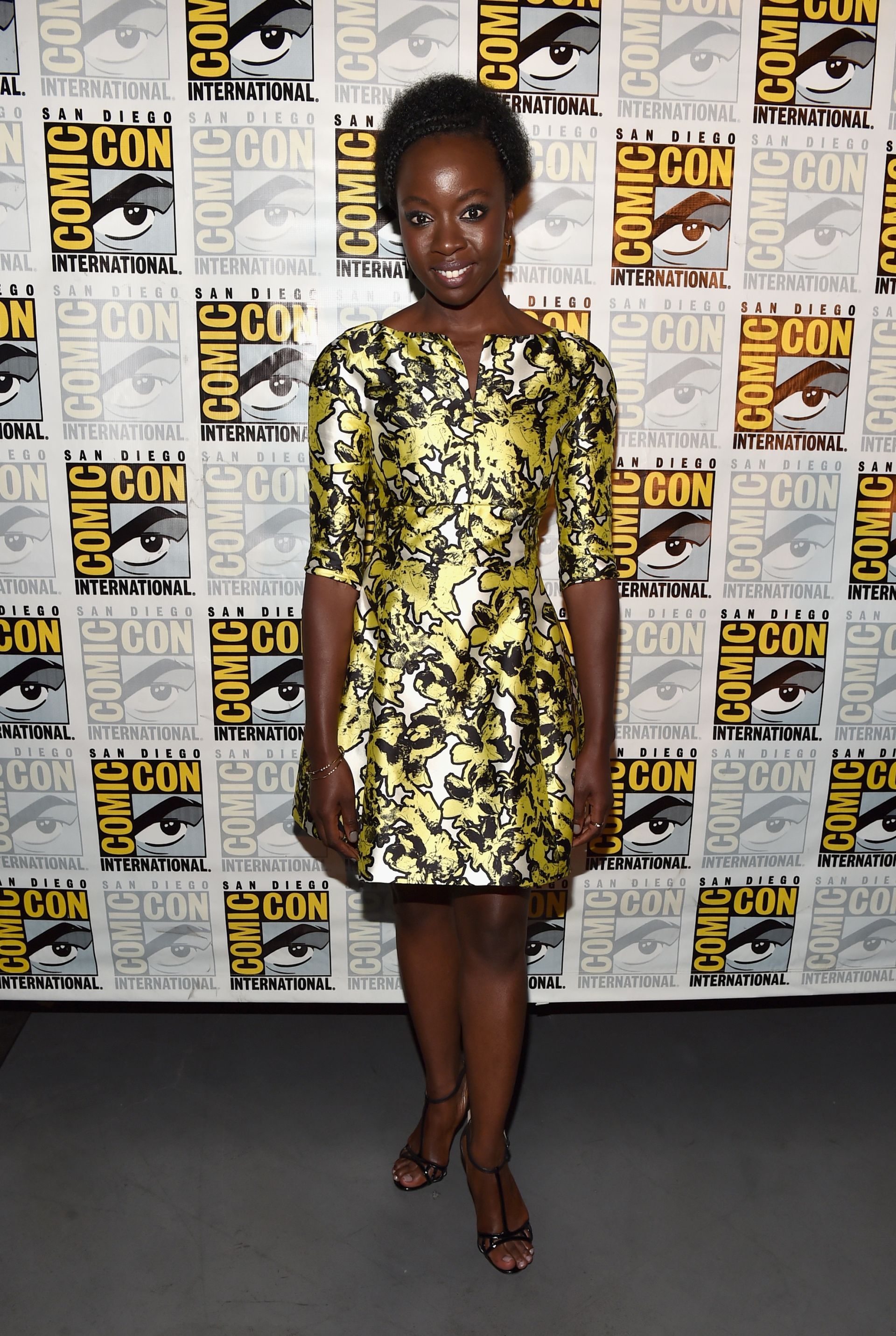 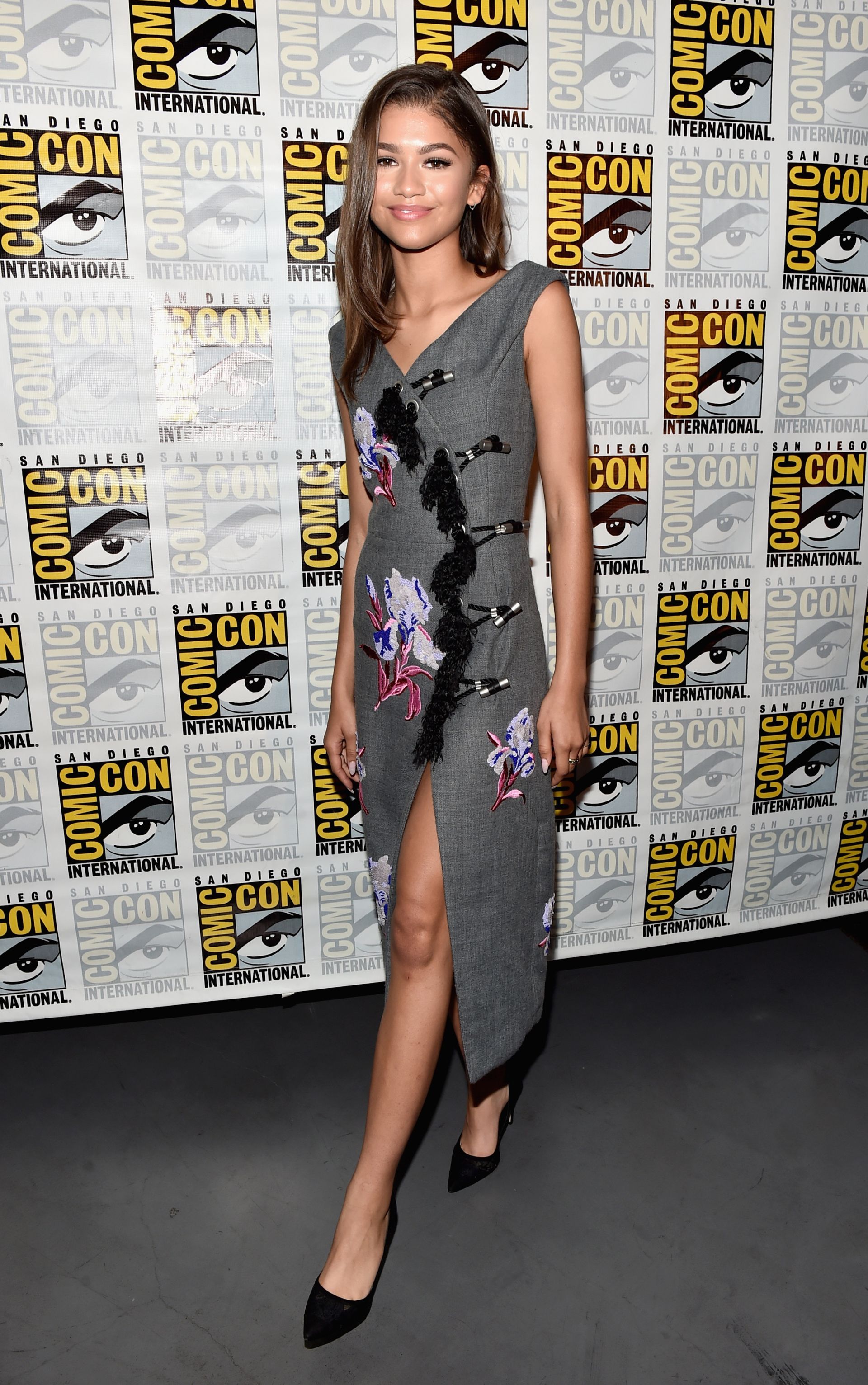 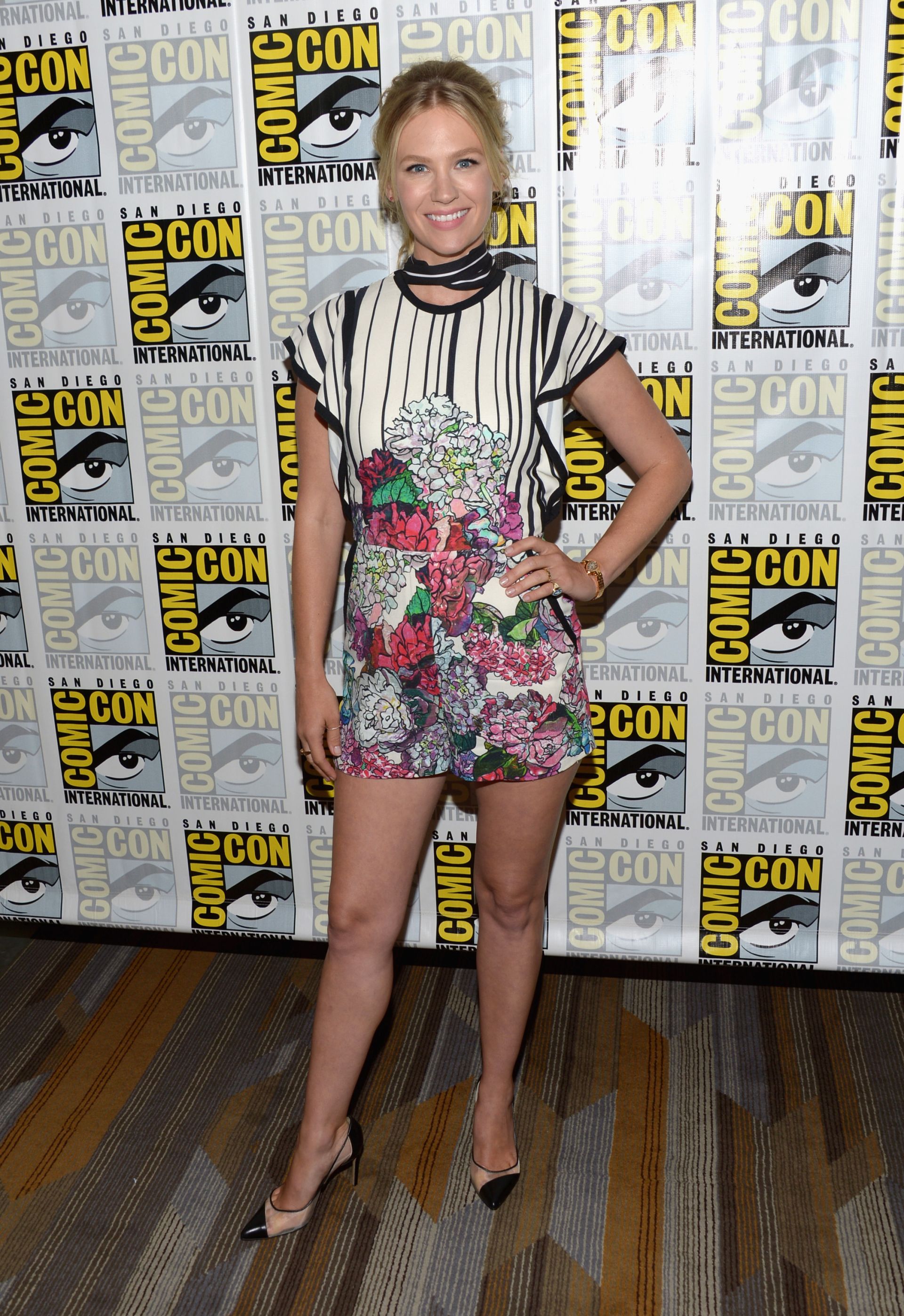 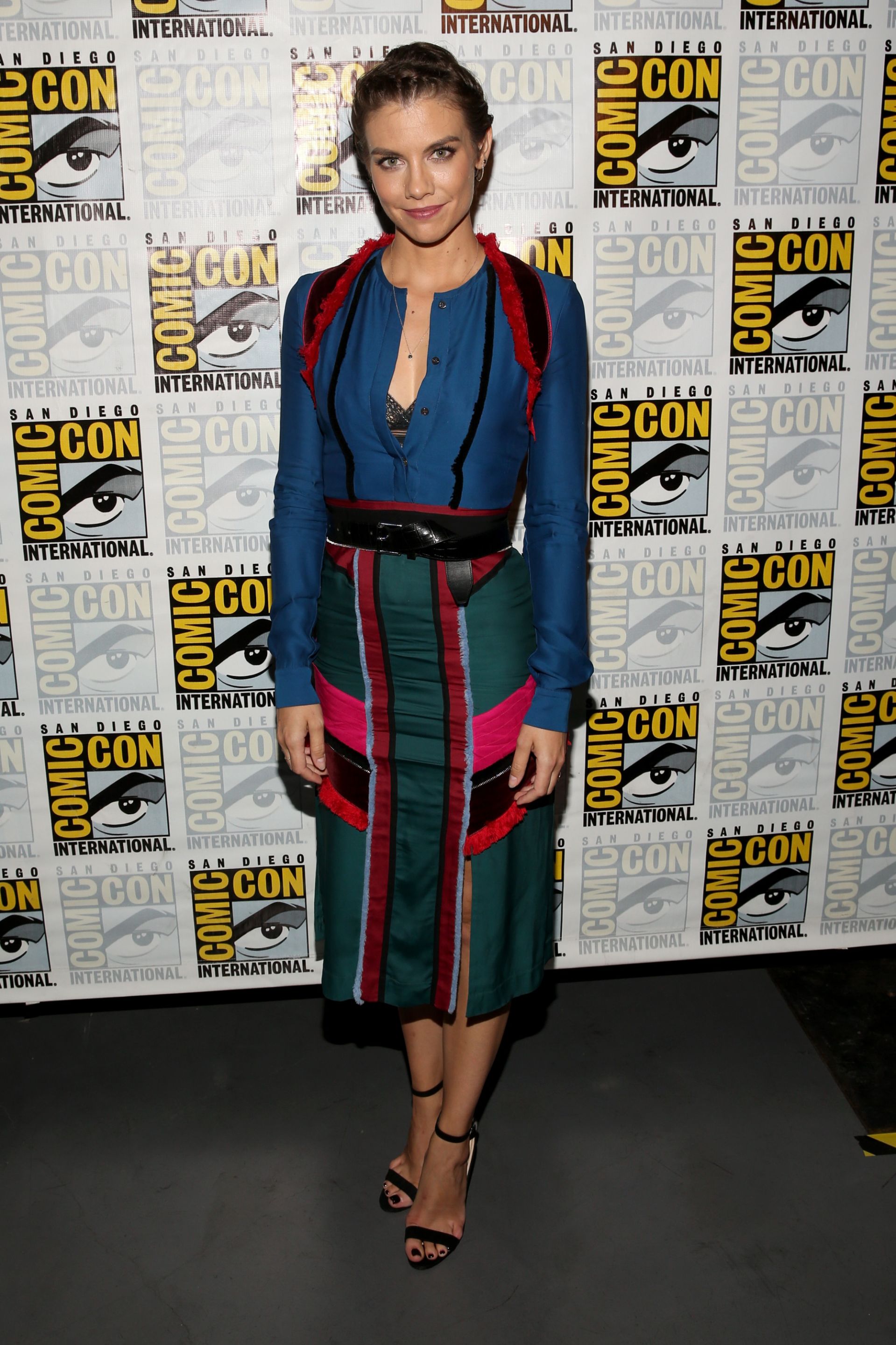 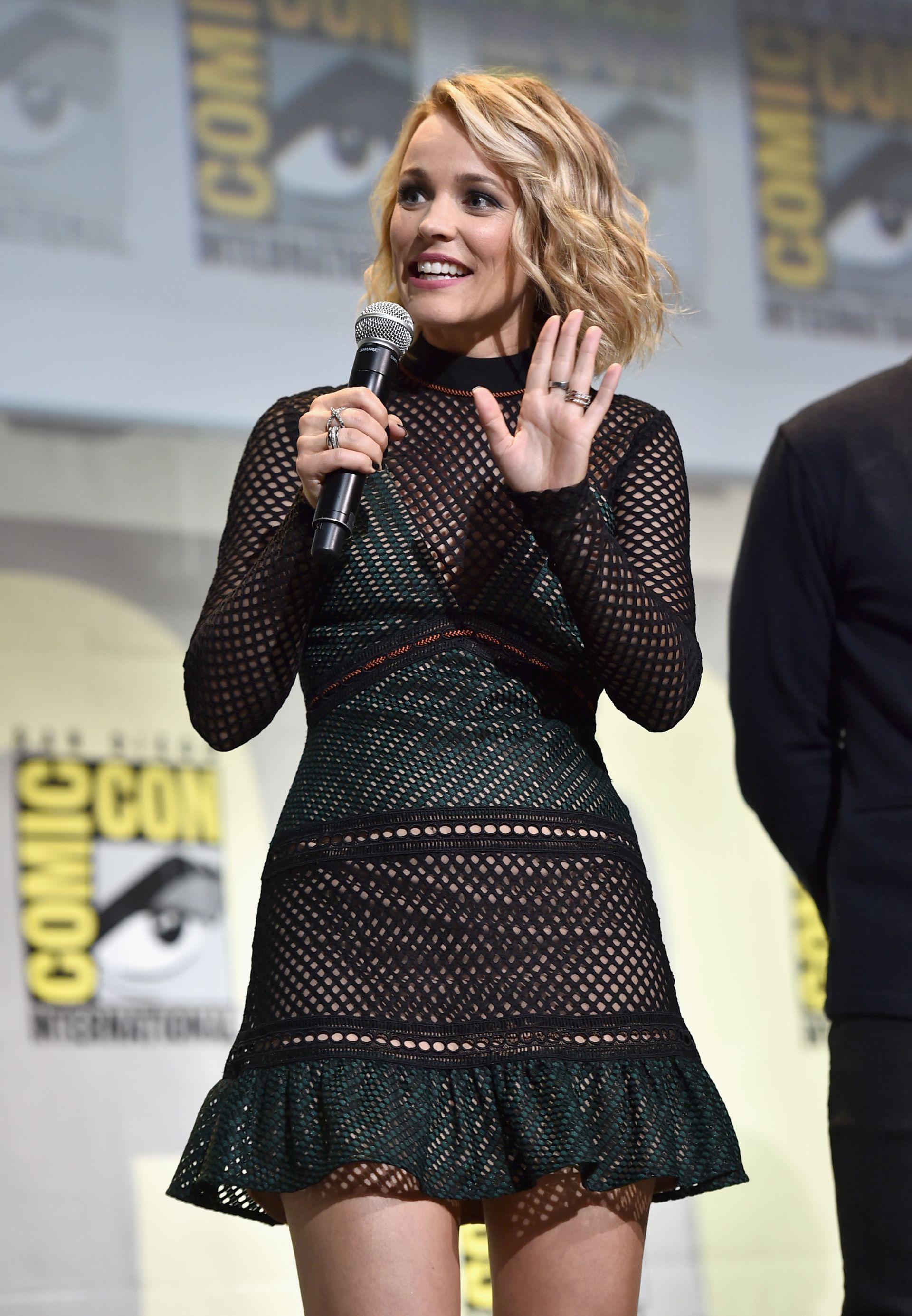 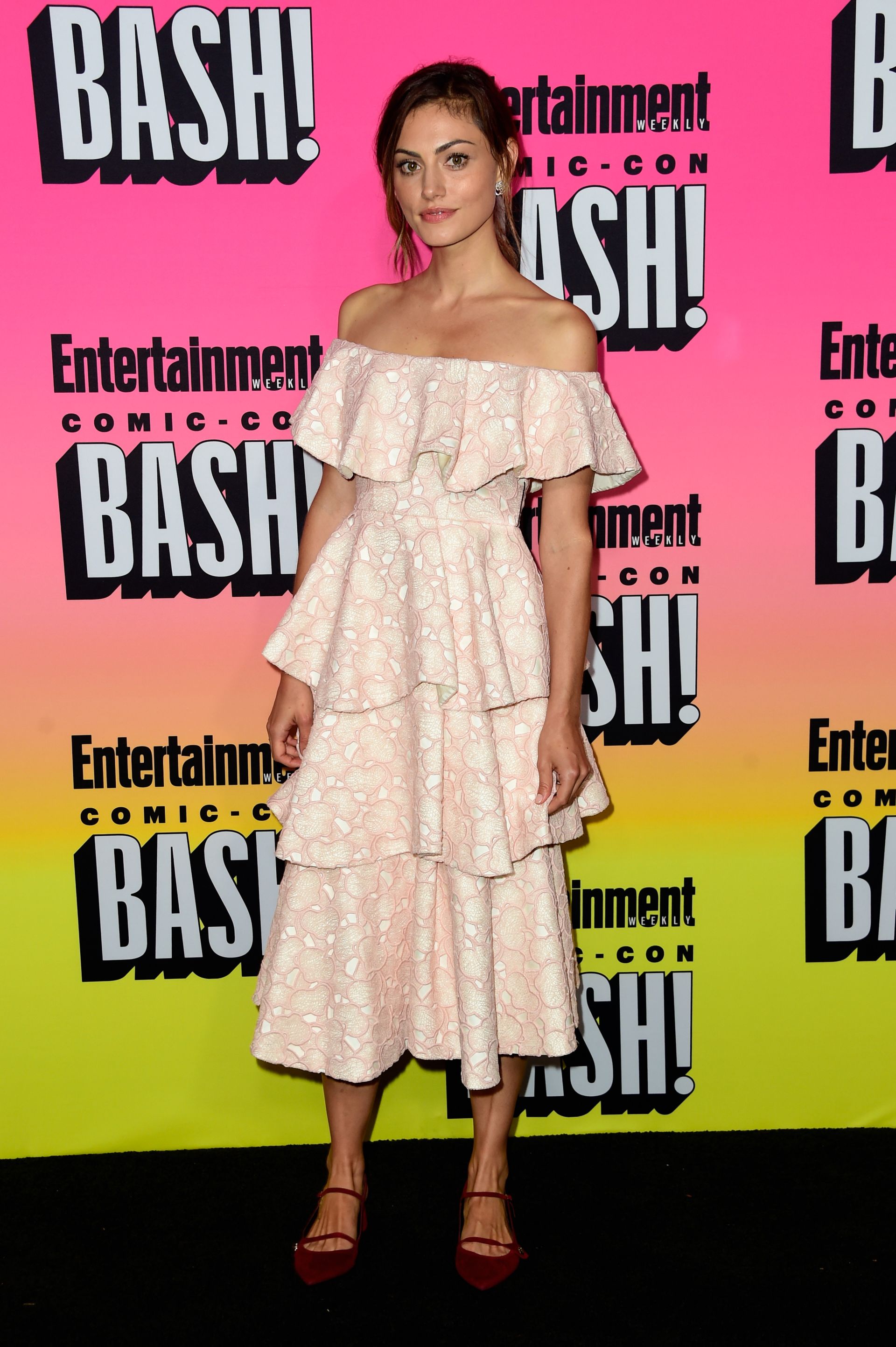 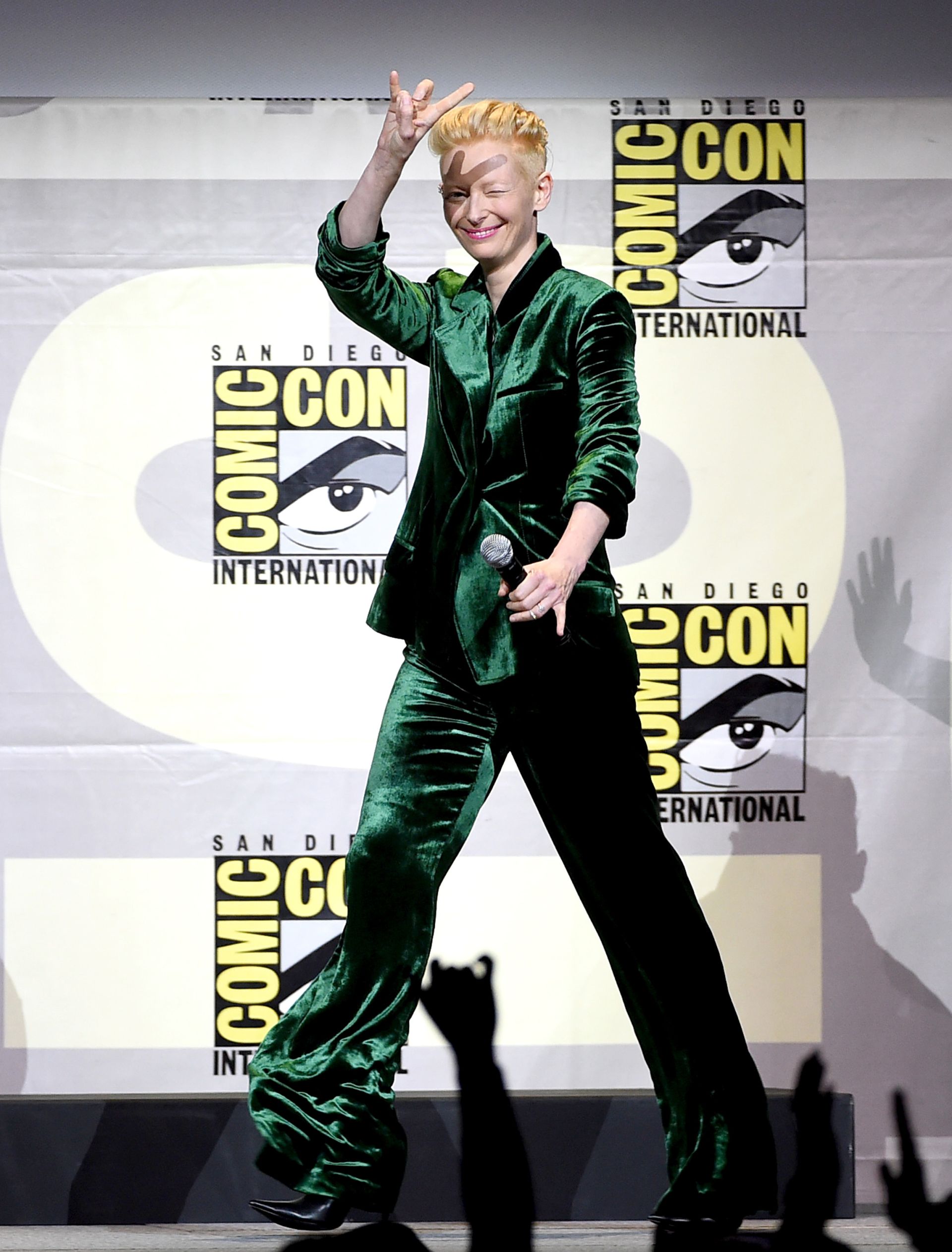 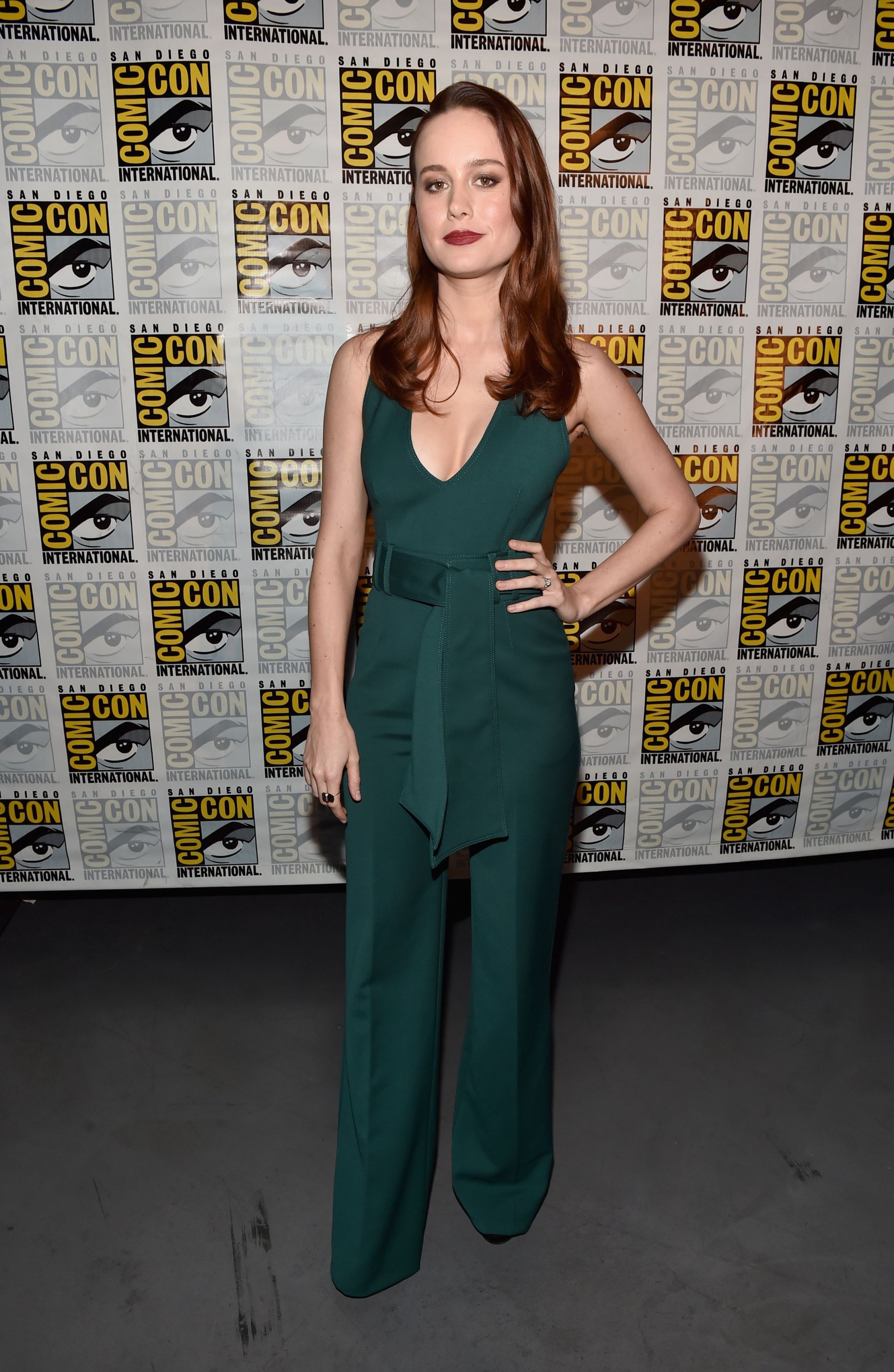 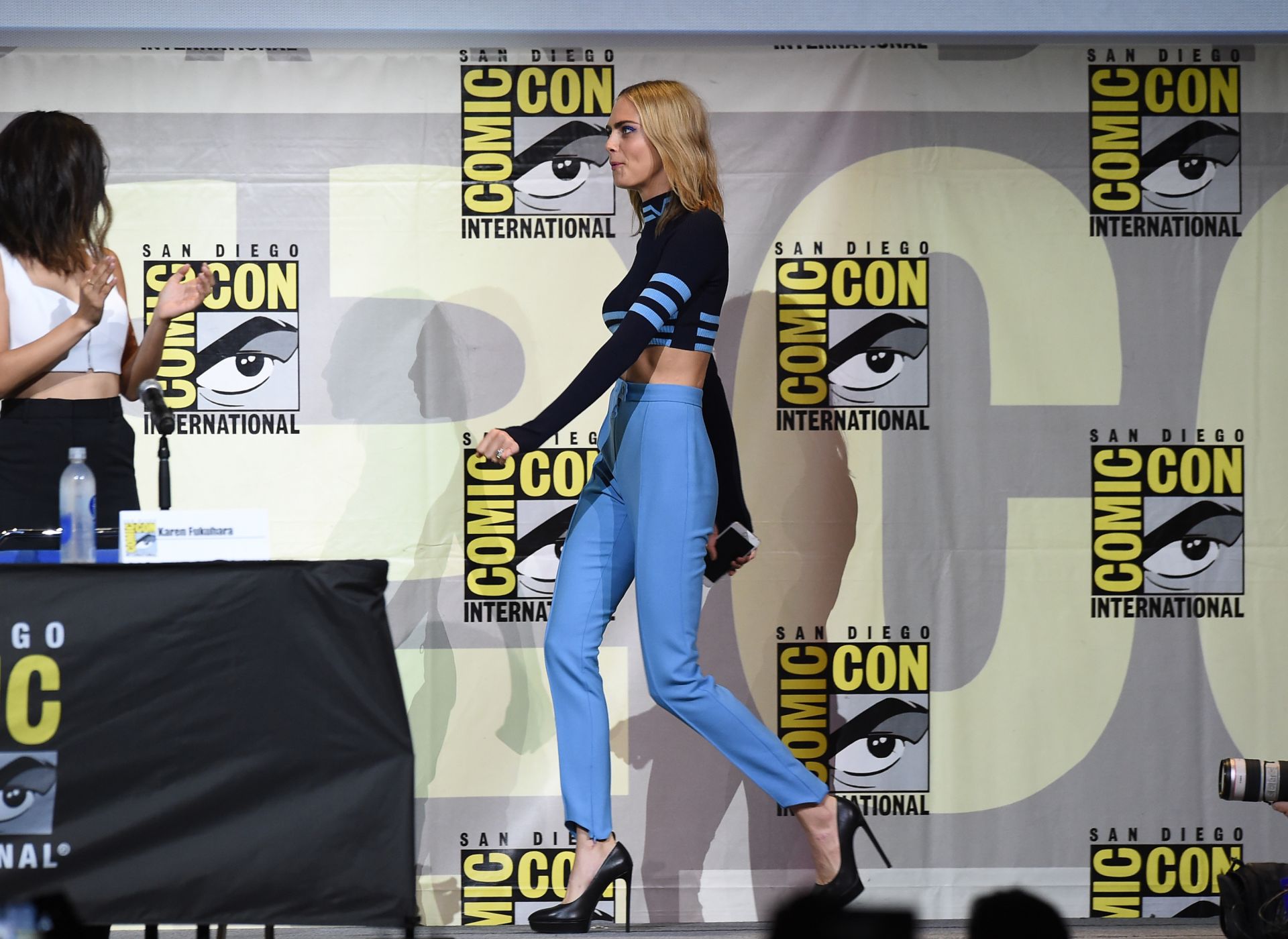 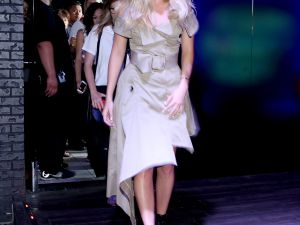 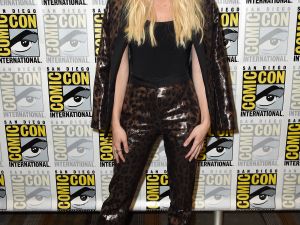 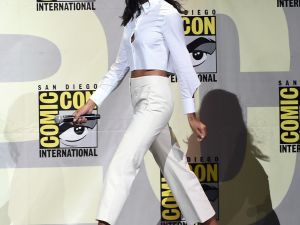 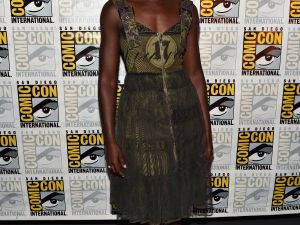 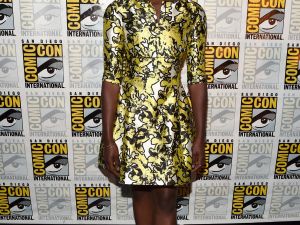 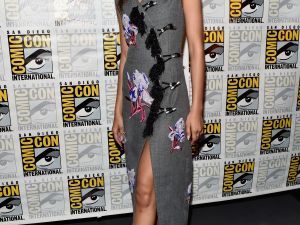 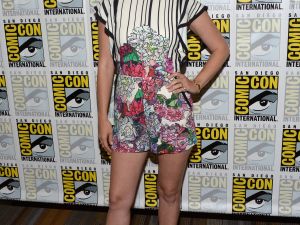 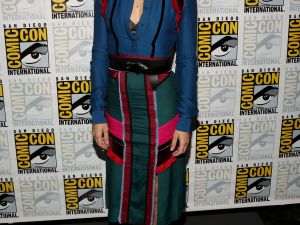 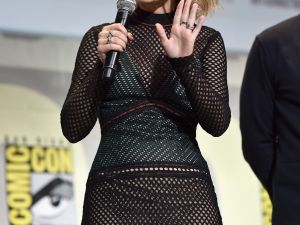 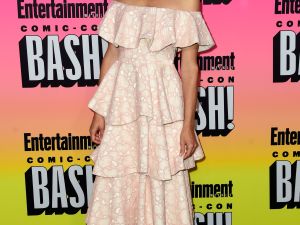 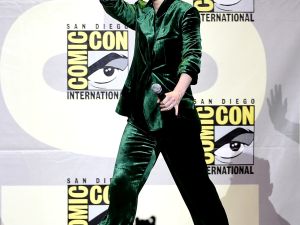 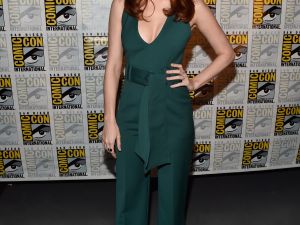 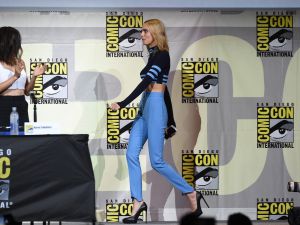 It was not just Instagram famous cosplay stars who were turning heads with their outfit choices at Comic-Con this year. They might not be covered in body paint or wearing superhero costumes, but the Hollywood A-list brought their fashion a-game to the San Diego convention.

Slightly unbuttoned and playful, but still dressed up nonetheless, this daytime casual look can be hard for starlets (and their stylists) to pull off. The looks need to appear polished and put together, but not so elevated that the audience of fans feels intimidated. After all, there’s nothing more bizarre than a celeb signing autographs at 11 a.m., decked out in a silk gown, in the middle of a heavily air conditioned convention center. 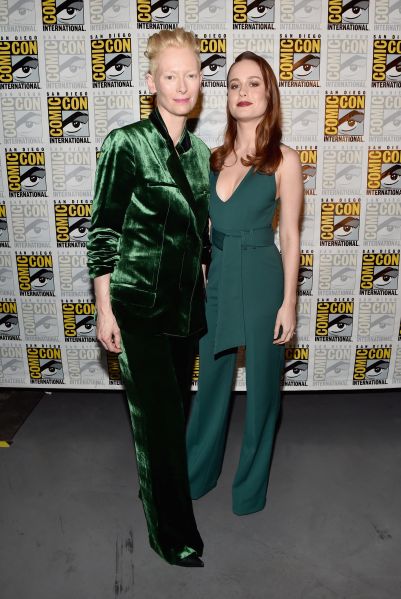 Margot Robbie‘s khaki Monse dress was a good example of an outfit that falls squarely in the elevated but casual category. With an off-the-shoulder silhouette, it’s modern and unique, but charmingly down-to-earth. Danai Gurira’s yellow Oscar de la Renta frock was ideal as well, as it was bright and abbreviated, offering just the right amount of bold yellow print (in fact, it reminded us of the yellow Rosie Assoulin dress she wore to the Tonys).

Cute dresses aside, a number of big names decided to don pants for the event, such as Emma Roberts who didn’t shy away from a black and metallic gold Mulberry suit. Tilda Swinton opted for a bold look, too, coordinating with Brie Larson, in a green ensemble. Cara Delevingne‘s Versace getup, featuring a crop top and riding trousers was another playful, and memorable look.

This year, Comic-Con was not only a great space for designer threads, but it was a significant platform for girl power, too. Marvel used the convention to announce that Larson will be playing Captain Marvel, otherwise known as Carol Danvers, in a movie by the same title. With a release date slated for 2019, this superhero film will have a female in the lead and it’s about time that a strong, fearless woman gets the spotlight. Finally, it looks like female superheroes are wearing the pants and it’s about damn time!