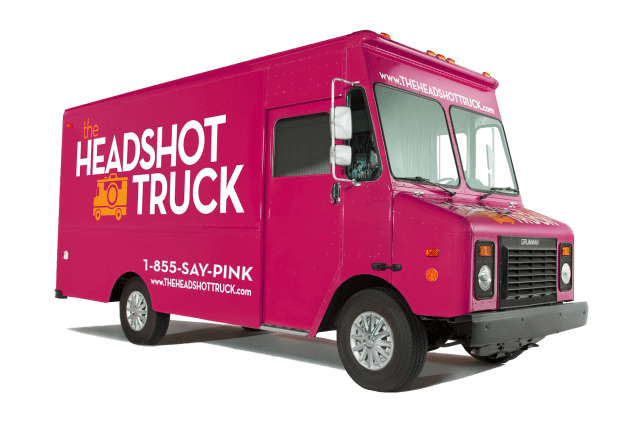 Step out on the street and you can get some food, a haircut and get your pooch groomed, all on the go, from a truck parked right nearby.

Jumping on the highly sought after convenience factor of portable entities comes The Headshot Truck.

Launched in Los Angeles in 2013, mainly for the purpose of providing convenient and lower-cost headshots for actors, the truck is the first all-inclusive mobile photography studio in the world.

“We’re striking while the iron is hot,” explains Confer. “We decided that this is a good time because of a few factors – first, we’ve gotten a lot of requests from people who just say, ‘why aren’t you in New York? If you’re in New York I’ll definitely use you,’ so we’re ready to provide our services for those people. Also, we really want to be the first ones in this market because we’ve done really well in L.A., we know what we’re doing and we want to bring what we do to New York.”

Harper echoes this, saying, “As a former New Yorker and actor, I not only understand how expensive headshots are, but also how tedious the process can be. We wanted to change that. We’re so excited to launch our new truck and to make the overall experience a positive one for anyone wanting a headshot. It’s a truly unique and fun experience at an affordable price.”

But, to be clear, Confer insists that the truck isn’t just for actors or those in the public spotlight. “We live in a time when really everyone needs a good headshot because of social media, Anyone with a social media presence needs a professional photo for things like Twitter, Facebook, LinkedIn, and also if you have something like an online dating profile. For all of these, you want a picture that really represents you. Right now, when people meet you, that’s one of the first things they do – check you out online – so it’s really important to have a photo that shows who you really are.”

Confer and his team realize that just about everyone has easy access to a camera these days so some people might not see the need to pay for a photo. “We certainly recognize that anyone with a smartphone is a photographer, but most of the time when you take a photo with your phone, it looks like a picture that you took with your phone. If you really think about it, the quality of your photo matters. If you can invest a little money in getting a professional photo it can go a long way for you both personally and professionally.”

The Headshot Truck offers several different packages, some of which include make-up application and photo re-touching. All services are by appointment only.

The truck can also be turned into a ground-breaking interactive green screen motion capture video and photo booth – taking photos to the next level. The Headshot Truck can also provide unique photo and video booths at weddings and private events.

“Because of technology, it’s an exciting new world,” says Confer. “The sky’s the limit for us. We’re a fully self-contained photo and video studio on wheels, so anything that you can think of doing inside of a studio we can make happen.”

For those in the corporate arena, Confer stresses that the truck offers something not previously possible. “If you have offices in multiple locations within a city, or you have a New York hub and an L.A. hub, we can we set up sessions for everyone in your company quickly and conveniently, and, what’s really important is that we can match the style of all of the photos no matter where we take them so there’s a high level of consistency to the look of the photos. This creates a universal brand for your company. We can achieve all of this in a way that hasn’t been done before.”

Confer sums up the mission of The Headshot Truck with, “Everyone says that they’re the ‘Uber’ of something and we see ourselves as the ‘Uber of Photography’ – we’re on demand, we can get there quickly, we shoot digitally and then deliver everything by email or link so there’s no messing around with hard copies, we cover every aspect of the process conveniently and professionally, and we make it fun as well. So if you want the process to be easy and enjoyable, we’re the way to go.”

The Headshot Truck is offering some pre-launch packages prior to their debut in New York. Those packages, and more information about the truck, can be found here.

The truck will be in these locations on these dates: 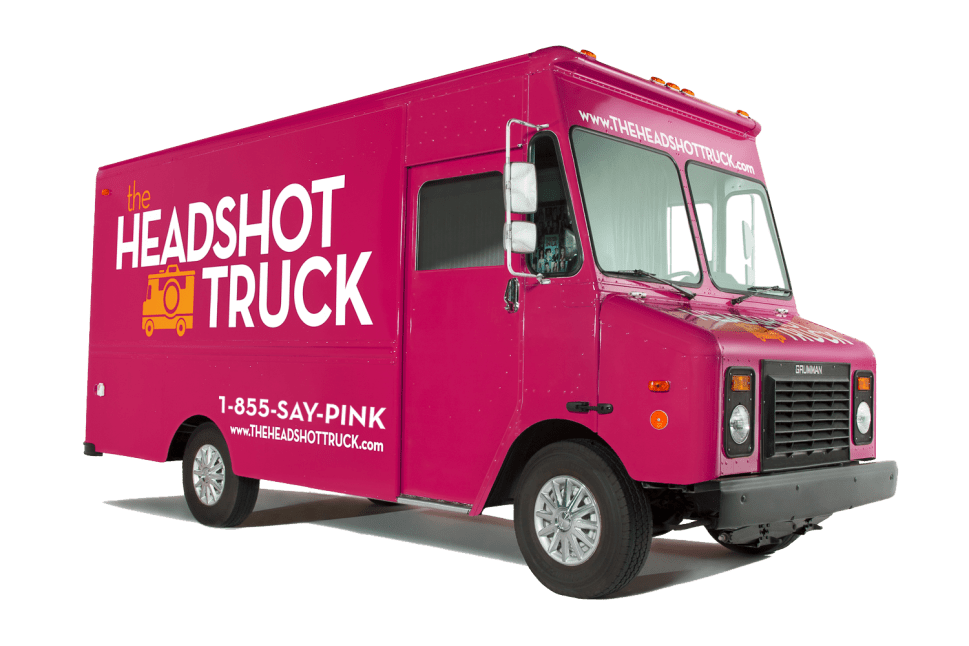