Sandy Pearlman, the producer, manager, lyricist, educator and cultural provocateur who died this week at 72, made it his mission to redefine the direction of one genre and change the public perception of another.

Most famously, Pearlman masterminded the creation and career of Blue Öyster Cult, and he acted as their producer, manager, frequent lyricist, and creative director. The mighty Blue Öyster Cult were an amazing social experiment in blending the incendiary shock-riff garage blues of the MC5, the fluid hash-haze spaceart of Floyd and Soft Machine, and stoner sci-fi fixations of the standard SUNY student.

It was a hell of an idea, and a fairly radical notion for a time when the expectations of the hard rock audience favored dog-brain lump rock like Grand Funk Railroad and the baroque Delta-revisionism of Zeppelin; but Pearlman pulled it off, because not only did he have a concept—heck, lots of people have concepts—but he also had an astonishing ability to make riffing, sluicing, slicing guitars glisten and roar like a 70-millimeter broken crystal waterfall.

The extraordinary experiment resulted in an iconic and unique body of American rock. Blue Öyster Cult, this fruit of Sandy Pearlman’s imagination and remarkable skills as a visionary producer, glowed like the Byrds in Hell and slurped and slurred like Sabbath with a Ph.D.

Deeply of New York, deeply of a post-Kerouac imaginary culture that mixed biker grunge and beat poetry, Pearlman and BÖC made music for those gulping acid and speed in the Planetarium, and created some of rock’s most memorable moments.

“He had a searing intellect and could wax philosophic on an uncanny variety of topics. He dazzled his friends and colleagues often when he spoke, with flashes of poetic lines spontaneously generated and eloquently strung together.”—Dr. Daniel Levitin, neuroscientist, author, recording engineer, musician, and musical and academic colleague of Sandy Pearlman

Listen, everyone else will stick an SNL/Christopher Walken reference into their Pearlman obits, and that’s fine, and honors one of his most spectacular achievements of cultural castle-storming; but this stimulating innovator left us with so much more than a joke that didn’t even get his name right.

Pearlman also played an enormous role in transforming the Clash.

In 1978, the Clash were a fascinating mash-up of double-timed pub-band ramalama, clumsy Dave Davies-isms, and a pile of compelling if thin slogans; they were a band in transition whose future creative and commercial success was far from insured, and I honestly believe that the explosive, ecstatic, shivering and shouting generational meme and aggro-pop Flying Tiger known as the Clash would not have become The Clash! if it wasn’t for the transformational work Pearlman did on the their second LP, Give ‘Em Enough Rope.

On Rope, Pearlman did nothing less than light a barrel full of audio TNT underneath the Clash, adding stagger-producing sheets of radiant, radioactive guitars to the Clash’s previously shoebox-sized sound; he also introduced them to the verby, springy drum sound that was to become one of their trademarks.

Give ‘Em Enough Rope is the Clash’s second best album, and still an absolute stunner to listen to; virtually never before—or again—in the history of rock would recorded guitars sound so much like a weapon (if you don’t think Pearlman harnessed the Clash’s potential to add maximum sonic impact to their hoarse and heartfelt preaching, listen to anything the Clash released prior to November 10, 1978; then put on Give ‘Em Enough Rope, and you’ll feel your literal and figurative hair blown off your head like the dude in those old Maxell ads).

There have been—and will be—many great rock producers. Some are musical geniuses, like George Martin, or startling conceptualists, like Brian Eno or Dan Lanois; others, like Steve Lillywhite or Nile Godrich, are astounding collaborators who make magic out of band performances and magicians out of bands.

But few rock producers are visionaries, fewer believe that a part of their job description is to act as a cultural instigator, and fewer still take it upon themselves to completely envision a new kind of rock, a new role for rock in the minds and hearts of its audience, and then figure out how to encode that hypothesis masterfully and vibrantly onto audio tape.

Sandy Pearlman did all that, and someone like him will almost certainly never come our way again.

“Sandy was an exciting, visionary, unique presence in the studio, often inexplicable and eccentric, always pushing and striving for something beyond the mundane. It was a thrill to work with him and to spend that much time with him at a very impressionable time in my life. We didn’t see each other much after that but he made an indelible mark on me and I think we made a mighty good record together. And he was truly a nice guy. I’ll miss him. Go and crank up ‘Merrittville’—or, for that matter, ‘Safe European Home’ or ‘Don’t Fear The Reaper’ or ‘Next Big Thing’ in his honor tonight.”—Steve Wynn, the Dream Syndicate

There was more—lots more—to Pearlman’s career, even if he was the most selective of A-list rock producers.

By integrating Patti Smith into the compositional family of Blue Öyster Cult, he introduced her to the music industry, years before she had a record deal; he took the Dictators glorious fanboy clodrock and made it sound like Bruce Springsteen having a seizure in Pete Townshend’s underpants; and he also did magical, challenging, and creative work with the Dream Syndicate.

Also, after most of his great music had been recorded, he reached an entirely new generation via his work on the faculty of Montreal’s McGill University, and reached out to positively affect the financial prospects and artistic rights of musicians as a friend and advisor of the Future of Music Coalition.

Oh, and far, far from last or least, Sandy Pearlman made one of the most exotic, cultish, and gorgeously obscure albums of the last few decades: the space-metal post-Floyd/pre-OK Computer concept album, Imaginos, released as a BÖC album, but really, more of a tribute to the strange mental and musical poetry and imagination of Sandy Pearlman.

Sandy Pearlman believed that rock should be smart and explosive, a maximum impact instrument for cultural change and creating the kind of memories that should—no, must—shake the brain, balls, and gut. He made the soundtrack for the revolution that he hoped would be started by 11th graders using a Bic pen to scratch band names on the back of their notebooks.

I am one of those 11th graders. Thank you, Sandy Pearlman. 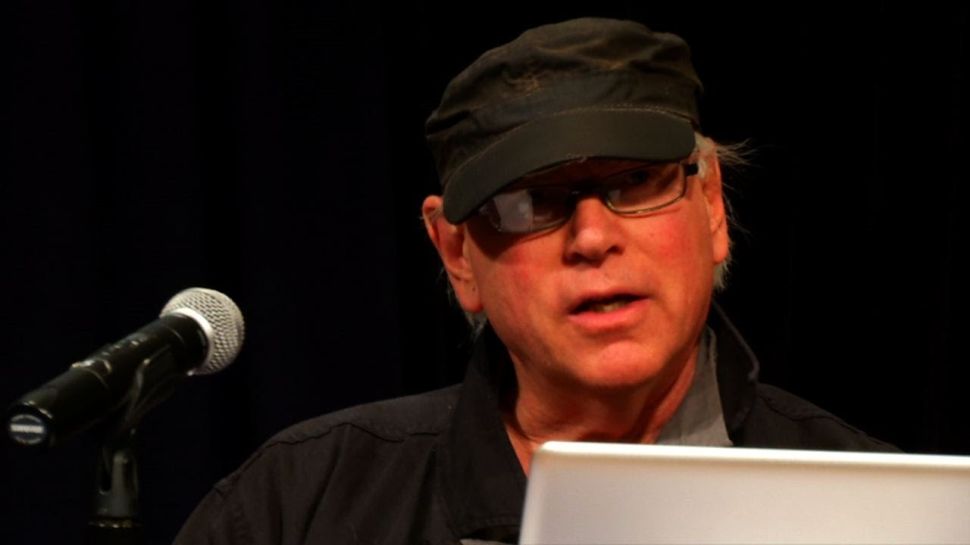