Recently, many people who probably don’t have to pay for HBO have discussed HBO’s “drama problem,” a result of the blue balls in your heart that was True Detective Season 2 coupled with the loud scream into a bullhorn disguised as a TV series called Vinyl. The problem with said “drama problem” is that HBO, when it isn’t throwing dumpsters of burning cash at Martin Scorsese or putting its trust in human Hot Topic t-shirt Nic Pizzolatto, still innovates television like no one else out there. I submit to the jury: The Night Of.

The funny thing about The Night Of—and trust me, this is the only funny thing about The Night Of—is that it was developed and shot years ago with James Gandolfini in a lead role before getting locked away following the actor’s death…just long enough to debut at the perfect time in our pop culture bubble. These days, “true crime” is the only medium not featuring dragons or a football that generates true Cooler Talk these days. Where once we eagerly debated whether Ross and Rachel were meant to be, we now gather everywhere from the work place to comment sections to discuss the specifics of a brutal murder outside a Best Buy. The Night Of is true crime lite, un-true true crime, which gives it the benefits of A) An audience that doesn’t need to wrestle with the implication of how much they’re enjoying someone’s horrific death and B) Where that boring plot wrinkle known “life” would step into something like Serial or Making a Murder, The Night Of can basically build the ultimate true crime story because, hey, it isn’t actually true.

Weirdly enough, though, that also makes it all the more baffling when The Night Of leans in to the trappings of true crime that most make it uncomfortable. The eight-episode mini-series revolves around sheepish tutor to the cooler Nasir “Naz” Khan (Riz Ahmed), who picks up Andrea (Sofia Black D’Elia) in a taxi that doesn’t even belong to him. After an inexplicably magical night of booze, drugs, and sex, Naz wakes up to find his companion murdered—stabbed an incredibly unnecessary amount of times in her own bed.

From there on, The Night Of launches into Naz’s anxiety-inducing run of stuttering himself right into a jail cell, which admittedly is as emotionally unsettling as TV can possibly be—until it isn’t, but we’ll get to that—but you can’t ignore that bumpy beginning. You can’t ignore the fact that we’re supposed to care far more about Naz than the woman who was stabbed repeatedly to death. You also can’t ignore that, even in the 20 or so minutes she’s alive, Andrea is such a stock “mysterious female” character that the only way I could accept the way she acts is if she turns out to be an actual ghost. She is what would happen if a first draft True Detective character wandered into The Wire, and then was immediately killed for plot purposes. She’s the fairy godmother to Naz’s Cinderella, if there was a 50/50 chance Cinderella murdered her fairy godmother in a blacked out stupor.

But okay, move past that and The Night Of‘s premiere episode, “The Beach”, will in fact treat you to the prestige television equivalent of a panic attack. Tightly written by Richard Price, jarringly directed by Steven Zaillan, “The Beach” is terrifying because its conclusion is inevitable as an avalanche. But instead of a snow, we watch as pieces of evidence combine to crush Naz completely. His blood is all over Andrea’s apartment thanks to some knife-play gone awry, as is his DNA. Witnesses can place him everywhere from a gas station to the front steps of Andrea’s home. The Night Of pulls the Mr. Robot trick of taking a normally dull image and gluing your eyes to it–with Mr. Robot it’s lines of code, The Night Of blurry, grainy security footage.

I’ve already seen critics and viewers alike calling Naz “dumb”—dumb for forgetting his jacket in Andrea’s apartment, for breaking back in to retrieve it, etc—and I’d argue those people have never felt pure panic. That’s something The Night Of gets most right, actually. There’s nothing more relatable across cultures, creeds, and colors than the human realization that you just fucked up. Riz Ahmed, until now best known for a supporting role in Nightcrawler, plays blind panic to perfection. It’s the opposite of over the top; it’s under the skin, behind the eyes. It’s being caught in the unforgiving landslide that is the criminal justice system–one-sided interviews, isolation for hours, that detective who calmly, almost congenially, talks you through penile swabs knowing his case is just about locked up. There’s a line from Netflix’s documentary Making a Murderer that always stuck with me, and echoed in my head throughout “The Beach”: “We can all say that we’re never going to commit a crime, but that doesn’t mean you won’t be accused of one.” The Night Of is that quote given sentience and filmed over and hour and 20 minutes, and it scared the shit out of me.

Strangely, it’s at the exact moment The Night Of offered a little light at the end of a dark, murder-filled tunnel that it almost lost me. The introduction of John Turturro’s Jack Stone as Naz’s lawyer wasn’t technically off by any means. In fact, Turturro’s performance—if you can ignore the Tony Soprano-sized shadow hanging over it—is the show’s most subtly impressive (His “Who did?” in response to being told Naz “Cut a girl” is a highlight). But it’s the set up, the way Jack decides to come to Naz’s aid based on nothing more than a heavy look and a gut feeling, that felt more in tune with a modern day fairy tale than a real-life horror story. It’s the big Sports Movie moment, the part of the plot where an underdog beats a powerhouse because of heart, innocence, and general pluckiness.

But The Night Of, in the final moments of its premiere, saves itself by throwing Jack into the maelstrom with the rest of us. He is not the “fairy god-lawyer” other viewers have read him as. He’s human, like the rest of us, and in the process of trying to be more than that, he fucked up. Possibly worse than Naz, who isn’t the good kid who made a mistake Jack read him as. The system doesn’t just think Naz “cut a girl,” they think he savaged her. This is David vs. Goliath, but David has eczema and can’t even throw the stone straight. Jack, by episode’s end, is drowning right beside Naz and quickly sinking like his surname.

And there’s the kicker—The Night Of offers no opinion on Naz’s guilt or innocence, and for us to think otherwise is to drown with the rest of them. It’s the danger presented by true crime, by real life, thinking a “nice boy,” the intellectual, the A+ student, isn’t capable of murder. For us to actively root for Naz because, what, he gets flustered by New York traffic, because he’s only slept with two women, is to make the same mistake as Jack Stone. That’s the brilliance of The Night Of; not that it invites us inside a jail cell, but that it dares us to lock the door. 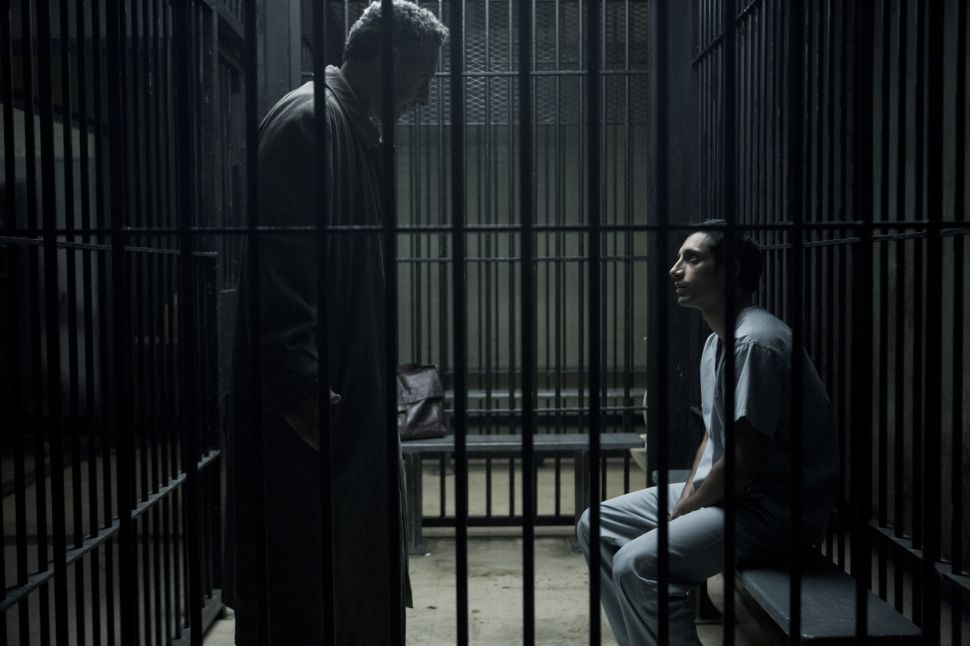