The idea of nationalism is quite young, only around 250 years old. Before nationalism emerged, there were empires, tribes, kingdoms and other comparable forms of human social and political organization. These structures defined human civilization for thousands of years. Only since around the early 19th century has the dominant global force been the nation-state.

The overarching concept of nationalism is simple: A country exists within its defined borders, and its leaders and people are free to pursue any activities they wish within those boundaries. This sacrosanct principle may have worked fairly well up to the present day—Germany and Japan of the 1930s and 1940s being glaring outliers—but can the world survive nationalism in the 21st century? Here are four cases that say it cannot or should not.

What if they are not bluffing? If North Korea deployed just one nuclear bomb, the planet may fall into a nosedive from which it could not recover. The North Koreans do not need intercontinental ballistic missiles to be successful; a simple storage container carrying a nuclear weapon on a ship would do the trick. This outlier regime is threatening the world and is somehow being protected by China, a very significant global power. Yet China—the most populous country in the world—could collapse in an hour if North Korea carried out its threats.

On a rational planet, one not governed by archaic nationalism, North Korea’s neighbors and those threatened by it would have eliminated its nuclear capacity decades ago. Hiding behind nationalistic borders could be tolerated when horses and field artillery was the extent of a country’s offensive capabilities. This does not work so well when it is a nuclear bomb. Tomorrow’s (assuming there will be a tomorrow) political science majors will wonder how the world’s countries allowed their collective futures to be jeopardized by maniacs hiding behind politically drawn lines in the sand. This goes for Pakistan too.

The world tried, to an extent, to stop the Syrian implosion. There was a draft resolution at the United Nations in 2014 calling for President Bashar al-Assad’s Syria to be referred to the International Criminal Court (ICC), but Russia and China vetoed it. The result? A humanitarian tragedy on a scale so large it defies belief. Millions have been displaced and are living in refugee camps in Jordan, Turkey and Lebanon. Thousands more are stuck in refugee camps in Europe. Syrian families are making dangerous journeys across thousands of miles in search of a bed and food. The world has failed the Syrian refugees, due in large part to the nationalistic rights of a sociopath who uses barrel bombs against his own country’s children.

The dangerous blowback is already here. The refugees have given rise to right-wing fanatics that threaten to upend the postwar liberalism that characterizes European governments. By not removing Assad when he committed the first of endless war crimes, Assad may end up removing the entire Western alliance instead. What the world has vividly seen is that what happens in Syria does not stay in Syria. The rise of ISIS and the mayhem it has caused in San Bernardino, Paris, Istanbul, Orlando, Bangladesh and beyond is all the proof one needs to understand that the Syrian conflict had no real borders, and the world has a right—if not an obligation—to protect itself from its disastrous effects.

The slaughter of civilians at office parties, concert venues, cafes, restaurants, airports and nightclubs while the world’s armies hide in their barracks, afraid to enter sovereign Syria, is a fundamental tragedy. The Organization of Islamic Cooperation should look in the mirror and ask itself why it exists.

A nation that should be among the world’s most prosperous is now reduced to rioting over toilet paper. Blackouts, kidnappings and gangs with more firepower than the police rule the day. The middle class has been reduced to scavenging for food scraps. How did this happen?

Standing behind nationalist borders, two Latin American buffoons were able to con their people and count on a passive world to go along with their suicidal economic plans. The destruction of the nation’s wealth was clear from day one; Chavismo was a proven path to ruin. Former President Hugo Chavez’s plan to nationalize a multitude of companies, control every economic transaction, reward his cronies with the spoils of state seizures and enter into ideologically motivated and disastrous foreign relationships were bound to ruin Venezuela. After these policy failures already sunk the nation, President Nicolas Maduro, Chavez’s lessor successor, doubled down by adding even greater political repression into the mix.

It is funny how the often-outspoken Organization of American States (OAS) has basically given a free pass to Venezuela and allowed for the destruction of a nation. It should have stepped in long ago and isolated or helped to remove Chavez. The survival of an entire society was at stake.

What more can be said about Brexit? The backers of nationalist revival have all left the field, with Boris Johnson and Nigel Farage slipping behind the political frontlines. Now that the nationalists got their way—a divorce from Europe after 43 years of marriage—leaving the European Union (EU) suddenly does not look like such a good idea. What Brexit has shown is that the yearning for a defined and exclusive nation-state still resonates even among the most modern of people. The voting patterns also showed that within a nation-state there could be two different peoples: young and old. The future clearly belongs to the young, pro-European group, but it may take another generation until their ideals are realized. In the meantime, England’s economy will likely pay the price—all because of senseless nationalistic fervor.

I will not presume to have a definitive solution to the tragedy that nationalism has and will continue to inflict on the world in the 21st century. I do know, however, that if this old political artifact is not seriously addressed, more countries will go the way of North Korea, Syria, Venezuela and England, and the future of humankind will be at stake. 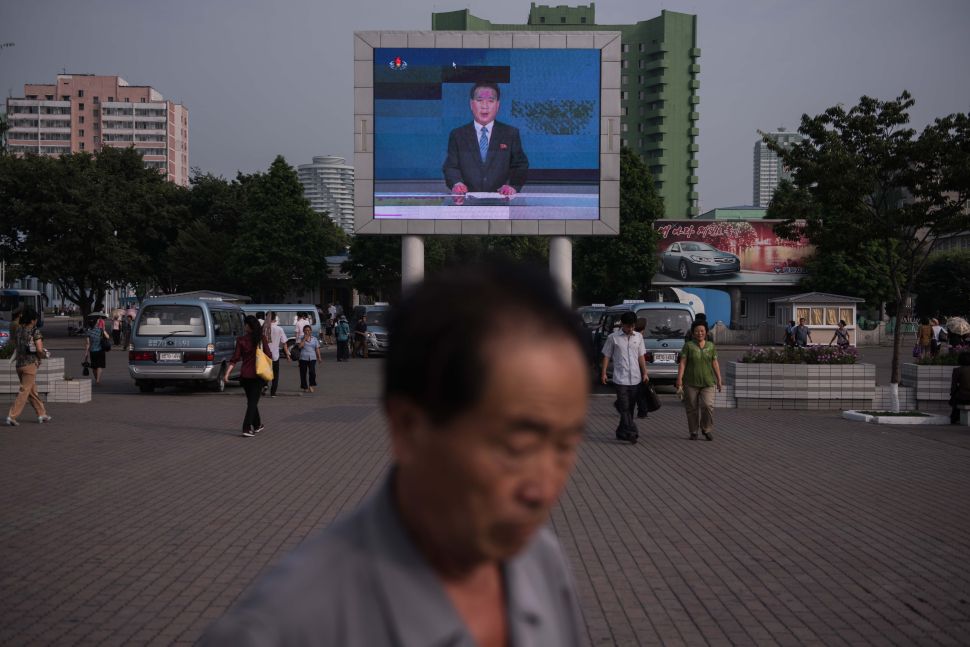