Earlier this week Yahoo announced that it will sell its core assets to Verizon for a mere $4.8 billion. This is only slightly more than Verizon paid for AOL — another washed up dot-com-era company — last year.

Yahoo’s market capitalization reached $125 billion in 2000. Over the next 16 years, it steadily tumbled — mostly due to inaction and missed opportunities.

You could fill an entire MBA course with case studies of all the strategic blunders Yahoo has made. I’ll save you some student debt and give you the skinny right here, in just 5 minutes.

Mistake #1: Yahoo confused being in the right place — at the right time — with being smart.

If Yahoo had launched a year or two later, they probably would have been irrelevant. They rose to dominance in large part by benefitting from what Y-Combinator cofounder Paul Graham — who worked there — called a “de facto ponzi scheme”:

“Investors were excited about the Internet. One reason they were excited was Yahoo’s revenue growth. So they invested in new Internet startups. The startups then used the money to buy ads on Yahoo to get traffic. Which caused yet more revenue growth for Yahoo, and further convinced investors the Internet was worth investing in.”

The growing revenues from this runaway feedback loop tricked Yahoo’s management into thinking that they were smart, when really they were just lucky.

As the dominant web portal, money came easy for Yahoo. They never bothered to build a strong engineering culture, like Facebook and Google did. After all, why should Yahoo invest in its underlying technology when they could just hire more sales people to sell banner ads?

Yahoo’s initial success gave them the hubris they needed to start acquiring other companies, thinking that they could run those companies better than the companies could run themselves.

Here are some companies that Yahoo bought:

Broadcast.com and Tumblr are widely considered two of the worst acquisitions of all time, and were largely written off as losses. In less than 10 years, Geocities went from being the third most visited website on earth to being shut down everywhere but Japan.

Mistake #2: Yahoo forgot what it was that got them there.

Distracted by all the acquisitions, Yahoo’s leadership forgot about its healthy core products. Here are a few multi-billion dollar industries it ceded to new entrants:

And most humiliating of all, Yahoo Search lost to Google Search — to such an extent that in 2009, Yahoo scrapped their 13 year-old search engine in favor of licensing Bing Search, which Microsoft had just launched.

These were all services where Yahoo had a multi-year incumbent lead, with millions of active users. They had the funds. They had the traffic. They could have experimented and improved upon these services. But they failed to take the initiative. Instead, they got out-designed and out-engineered at every turn.

Mistake #3: Yahoo slaughtered its golden goose while it was still producing eggs.

In 2005, Yahoo cofounder Jerry Yang made one of the smartest investments in history — he purchased 40% of Chinese e-commerce site Alibaba for $1 billion.

Today Alibaba is worth more than $200 billion, and it’s still growing. That means that Yahoo’s stake in Alibaba must be worth $80 billion dollars!

Except, wait. In 2012, Yahoo decided to sell off significant portions of its Alibaba stock. They sold even more in 2014.

Yahoo thought they were pretty clever at the time, because they profited a few billion dollars off of these sales.

Today, Yahoo only owns 15% of Alibaba, but that asset alone is worth $30 billion — six times as much as all of Yahoo’s core businesses.

But, oh, that bittersweet $50 billion that they let get away.

You may think Marissa Mayer was a bad CEO. She did, after all, preside over Yahoo’s disastrous Tumblr acquisition in 2013 and sale of Alibaba stock in 2014. And she did little to slow Yahoo’s descent.

But Mayer looks like a business genius when you compare her to the managers who preceded her.

Instead of promoting executives from within, Yahoo chose to hire from the “professional CEO” circuit. And they did not choose wisely.

Scott Thompson kicked off his tenure as CEO by laying off 2,000 people. Then he sold a ton of Yahoo’s Alibaba stock (which, as we established, would have been worth tens of billions of dollars today).

He was so worried about appearing qualified to run a tech company that he straight-up lied about having a degree in computer science.

At first, Yahoo’s board doubted this accusation because it was coming from an activist shareholder.

But then the university Thompson attended publicly confirmed that they didn’t even have a computer science program back when he had attended.

A public relations fiasco ensued, and Yahoo quickly fired Thompson. He had only worked there for 130 days. Despite all this, Yahoo ended up paying him $7.3 million for his time there.

And then, there’s Terry Semel, who is considered one of the worst CEOs of all time.

Semel failed to acquire Google when Yahoo got its second opportunity to do so. Then he proceeded to do nothing to stop Google from devastating Yahoo’s previous dominance of the search industry.

Semel also botched acquisitions of both Facebook and DoubleClick (the technology that became the centerpiece of Google’s advertising empire).

And after all of these missteps, Semel blew his one shot at redemption: he turned down Microsoft’s offer of $40 billion to buy Yahoo outright.

The real kicker is that, over the 7 years that Semel drove the company into the ground, Yahoo compensated him with half a billion dollars.

Mistake #5: Yahoo let their assumptions blind them to new opportunities.

Larry Page and Sergey Brin tried to sell Google to Yahoo in 1998. They only wanted $1 million.

Yahoo rejected them because they wanted their users to spend more time on Yahoo directories, where they would be exposed to banner ads. Better search — like the kind Google was offering — would quickly route users away from Yahoo.

It didn’t occur to Yahoo that doing what was best for users might ultimately be best for the company. Or that Google might use this technology to, you know, compete with Yahoo.

Of course, we all know how this story ends — with Google being worth $500 billion, and Yahoo being carved up and sold to a utility company for one one-hundredth of that.

For those of you who are running a company or planning to start one, learn from Yahoo’s mistakes. Take these lessons to heart:

Quincy Larson is a teacher at FreeCodeCamp.com. 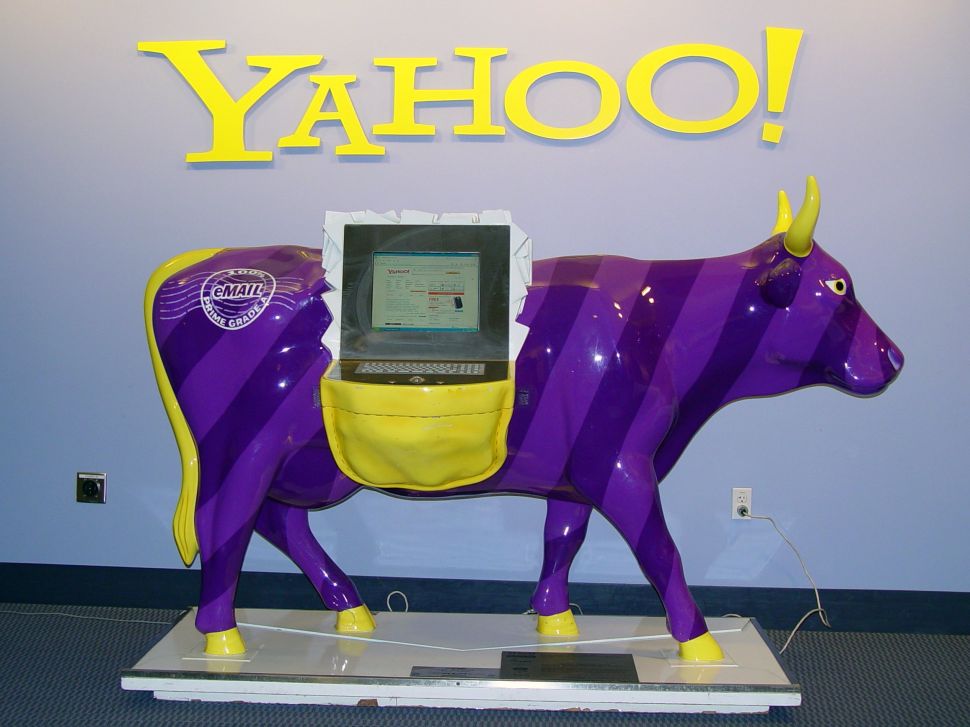