With virtually all polling showing Hillary Clinton opening a notable national lead over Donald Trump as we head toward the conventions this month, Democrats have reasons to feel bullish about their opportunities in the United States Senate this fall. But the unique nature of this year’s elections could also mean that the recent correlation between presidential and Senate voting might not hold as it has in the last few cycles.

In the closely contested states that will decide the presidential election, recent history has demonstrated that the party that wins at the top of the ticket in those states usually also prevails in the Senate races. As an increasingly polarized electorate shows less and less inclination to split tickets, the party winning the presidential race in states decided by seven percent or less has won nine of the 11 Senate races in those states over the last two elections (81.8 percent). The two exceptions were in the case of a popular longtime incumbent, Max Baucus, who won in 2008 despite his state going narrowly to John McCain, and Dean Heller, who won by barely more than one percent in 2012 over a baggage-laden Democratic opponent, despite Barack Obama winning the state at the presidential level.

It can reasonably be expected, from this recent history, that in the Senate races that are true toss-ups in the presidential swing states, the party that wins at the top of the ticket will win roughly four out of five races. If Clinton ultimately performs in November the way current polling indicates she will, it is possible that Democrats could pick up at least five currently Republican-held Senate seats in Florida, Iowa, Ohio, Pennsylvania, New Hampshire and Wisconsin. This, in addition to an expected Democratic pickup in Illinois, would put Team Blue in charge of the Senate in 2017 with room to spare.

The question is whether there will be exceptions to this rule and where they look likeliest.

If there is going to be an exception this year, the likeliest state could be Iowa. The Hawkeye State has gone Democratic in five of the last six presidential elections, and if Clinton prevails nationally, Iowa can be expected to fall into her column. Yet Republican Senator Charles Grassley has been invulnerable since knocking off incumbent Democrat John Culver during the Reagan landslide of 1980, and since that time has never won less than 66 percent of the vote in five reelection campaigns. The longtime Senator could well survive even if Clinton wins his state at the top of the ticket.

And yet, two recent polls in Iowa show Grassley might be facing his toughest test yet. A Loras College poll taken June 24-28 gave him only a one-point lead over Democrat Patty Judge, and a Public Policy Polling survey taken June 22-23 showed Grassley’s lead at seven points. Democrats are hoping to use Republican intransigence in failing to vote on President Obama’s Supreme Court pick, Merrick Garland, against Grassley, the chair of the Senate Judiciary Committee.

Other potential exceptions could be in Florida, where Republican Sen. Marco Rubio has opted to run for reelection after a failed presidential run, and Pennsylvania, where Republican Sen. Pat Toomey has continued to hold notable leads against Democrat Katie McGinty. While both states currently lean toward Clinton according to polling and The Party Crasher’s initial state-by-state ratings, if they are close enough, incumbent Republican Senators might be able to squeak out wins.

Whether these exceptions develop may depend on what Republicans who oppose Trump choose to do on Election Day. For Democrats, it would actually be better for anti-Trump Republicans to stay home than to cross over and vote for Clinton, or vote for a third-party candidate, because stay-at-home Republicans would also deny votes to down-ballot Republican candidates. But Republicans who choose to vote for Clinton or another candidate over Trump, or vote only on the down-ballot races, might well vote for Republican Congressional candidates to check a President Clinton. This could buck the current trend, which has been against ticket-splitting, and help some Republican Senators survive in states that go to Clinton at the presidential level.

As we know, the 2016 election is unlike any other in American history. For the first time, one major party is set to nominate a woman for president, and the other is set to nominate a candidate with no prior political or military experience. Both candidates have unusually low approval ratings and high disapproval ratings. So it may well be that recent history demonstrating a correlation between presidential performance in most states and who wins the Senate race may not apply this year. Whether the pattern holds in 2016 may well be determined by how many Republicans vote with their feet rather than their ballots. 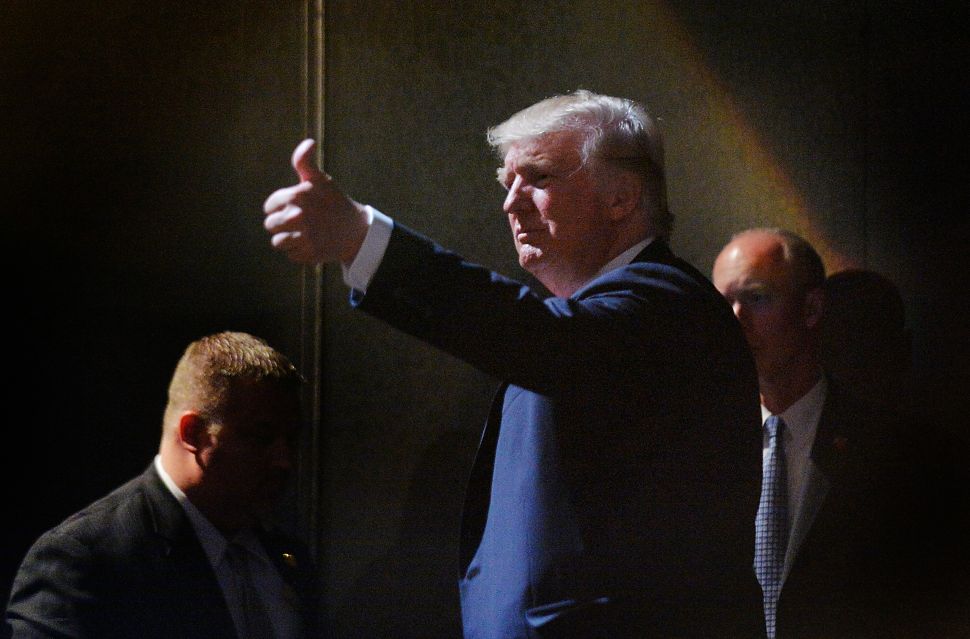