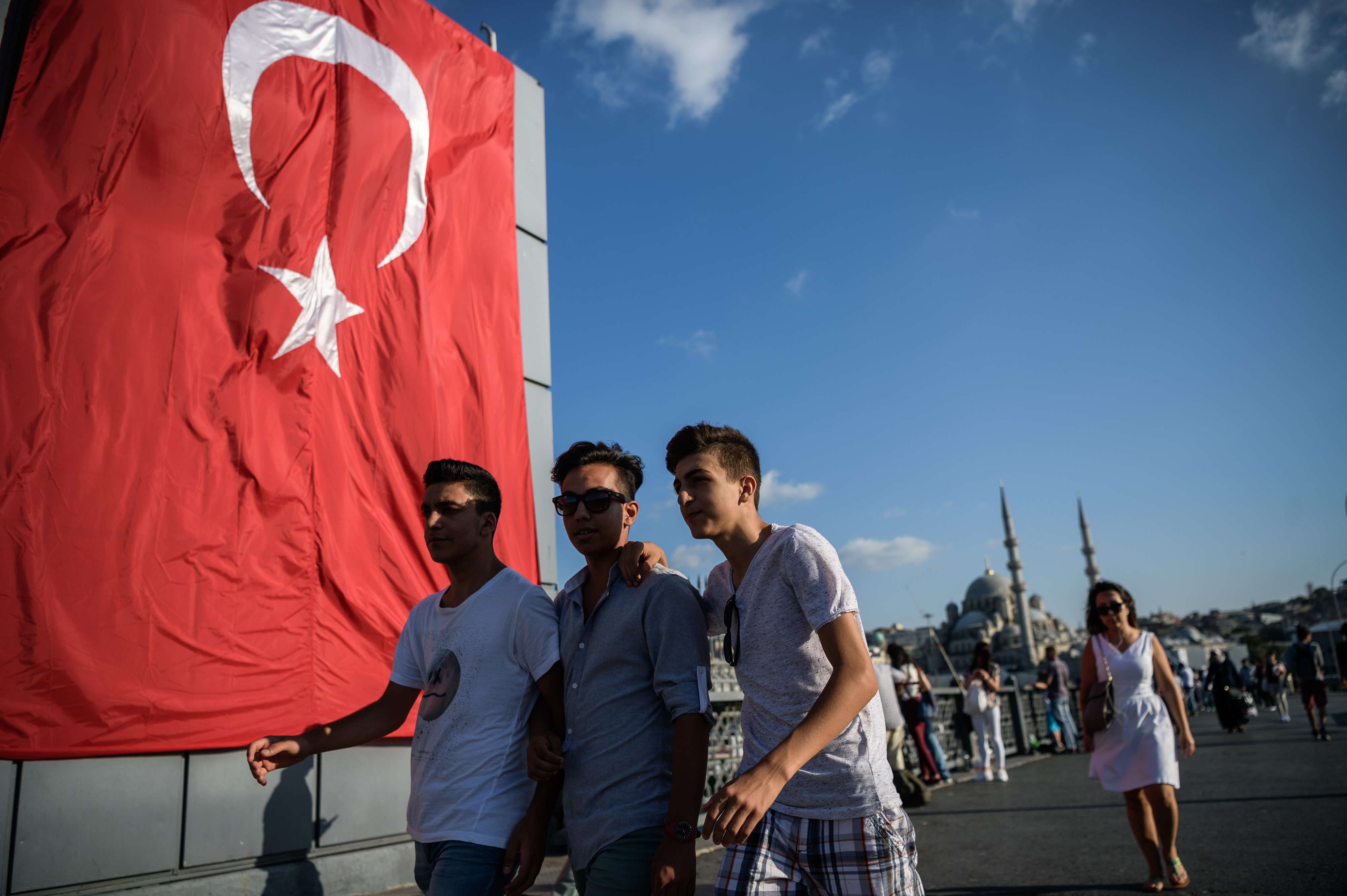 In the future, will Turkey be a little, or a lot, democratic? (Photo: OZAN KOSE/AFP/Getty Images)

The failed July 15 military coup in Turkey was a long time in the making. Its aftermath is the final act in what may be viewed as the devolution of Turkish democracy into an authoritarian state.

Turkey is a country where citizens’ demand for democracy has steadily grown over the last 15 years. A long period of competitive parliamentary elections and political liberalization created hope that democracy had become enshrined in Turkey’s political culture.

Everyday citizens embracing democratic governance as the only legitimate form of government are required for any democracy to be successful. When citizens do not demand democracy, preferring a strong authoritarian leader as in Russia, there is little hope for democracy to flourish.

As part of the Comparative National Election Project (CNEP) at Ohio State University, we surveyed nearly 1,200 Turkish citizens about their views on democracy in early 2015.

Respondents expressed a large demand for democratic governance. Three-quarters of respondents consistently rejected each of the four types of authoritarian rule (one-party, strong man, military, religious) about which we asked. About four out of five (78 percent) respondents stated that democracy was preferable over any other form of government.

Act One: a failure of supply to meet demand

Yet, public demand for democracy is only part of the equation. Democratic values must also be adopted by elites and the country’s most important institutions. The “institutional supply” of democratic governance must satisfy the public demand. Otherwise political instability may occur.

Though Turkey had been making steady progress toward becoming a fully fledged democracy, it has backslid in recent years. Turkey may be best described as an hybrid regime that is a mix of democracy and authoritarianism.

The governing Justice & Development (AKP) Party and President Erdogan have been at the center of this democratic backslide. With control of both parliament and the presidency, they have worked to reshape Turkey’s political and societal institutions to permanently preserve their power.

In recent years they have moved Turkey increasingly toward authoritarianism. They have cracked down on press freedom and attacked online dissent. Erdogan manipulated the last parliamentary election by reigniting the conflict with Kurdish separatists. As a conservative religious party, the AKP has actively worked to Islamize Turkish society. 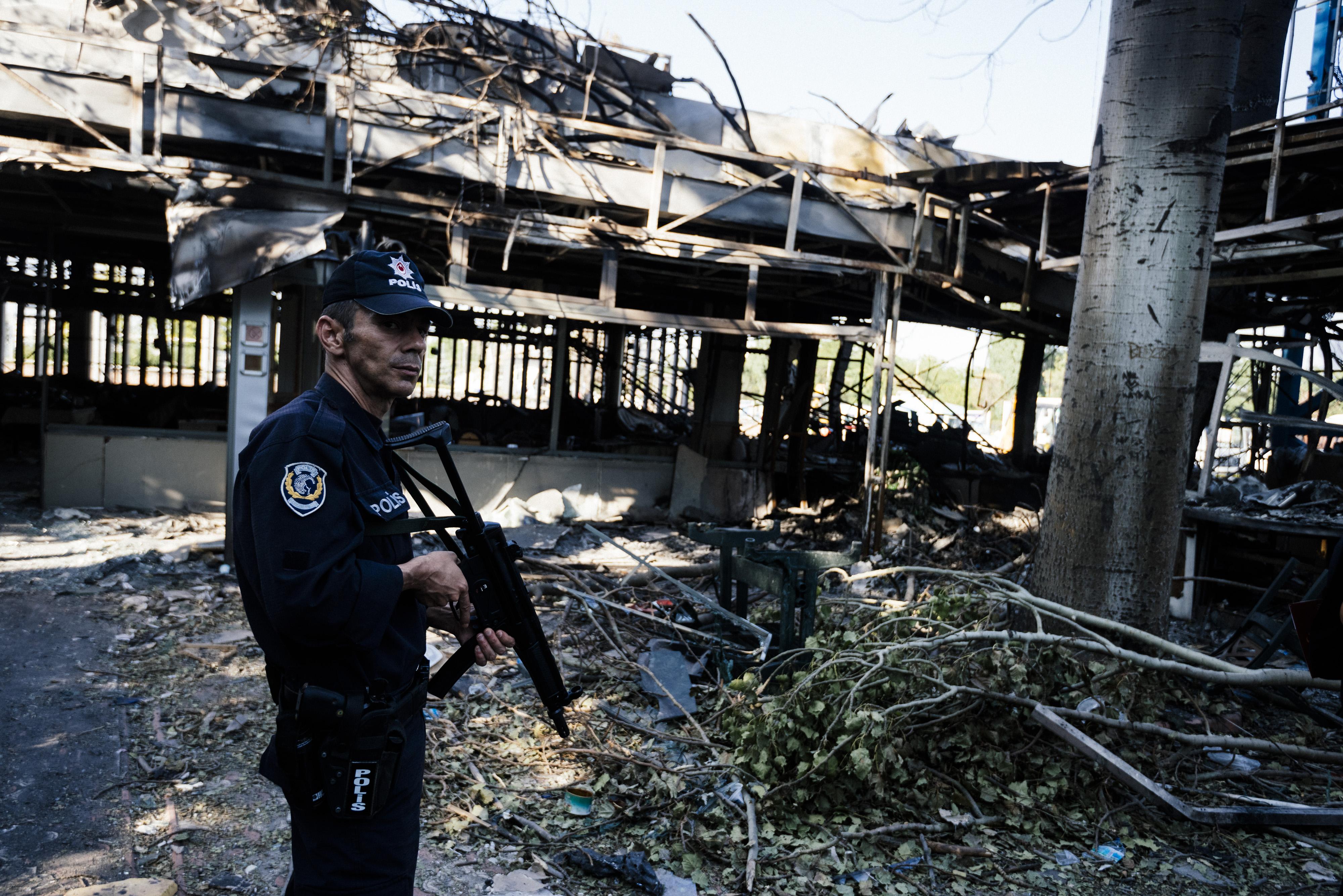 An armed Turkish police officer stands guard near debris at the damaged Ankara police headquarters on July 19, 2016, after it was bombed during the failed July 15 coup attempt. (Photo: DIMITAR DILKOFF/AFP/Getty Images)

President Erdogan has disregarded the constitution by taking on extra-constitutional powers for the largely ceremonial presidency. Those in parliament who oppose his autocratic dreams have been purged from his own party or targeted for prosecution.

This democratic backslide by President Erdogan and the AKP has created increased political dissatisfaction and polarization inside Turkey. The 2013 antigovernment Gezi Park protests were a warning shot that was ignored.

But these numbers overlook the deep political polarization about Turkish democracy. On one hand, there is a huge consensus that democracy is preferred to any other form of government. Yet, there is a great deal of polarization between AKP supporters and supporters of the three main opposition parties on how much democracy Turkey actually enjoys.

Beyond this opinion gap on democracy in Turkey, affective polarization between supporters of different parties has become very high. A recent German Marshall Fund survey found that three-quarters of Turks do not want their children playing with the children of those who support a different political party. This high level of political polarization undermines the ability of the public to collectively pressure the government to supply more democracy.

The third act of this Turkish tragedy takes place outside of Turkey. The United States and the European Union have largely ignored Turkey’s democratic backslide.

President Erdogan’s government is viewed as necessary for fighting ISIS. He has also helped deal with the European migrant crisis. As a result, President Erdogan has enjoyed a free pass as he steadily erodes civil and political liberties.

Act Four: die by the sword 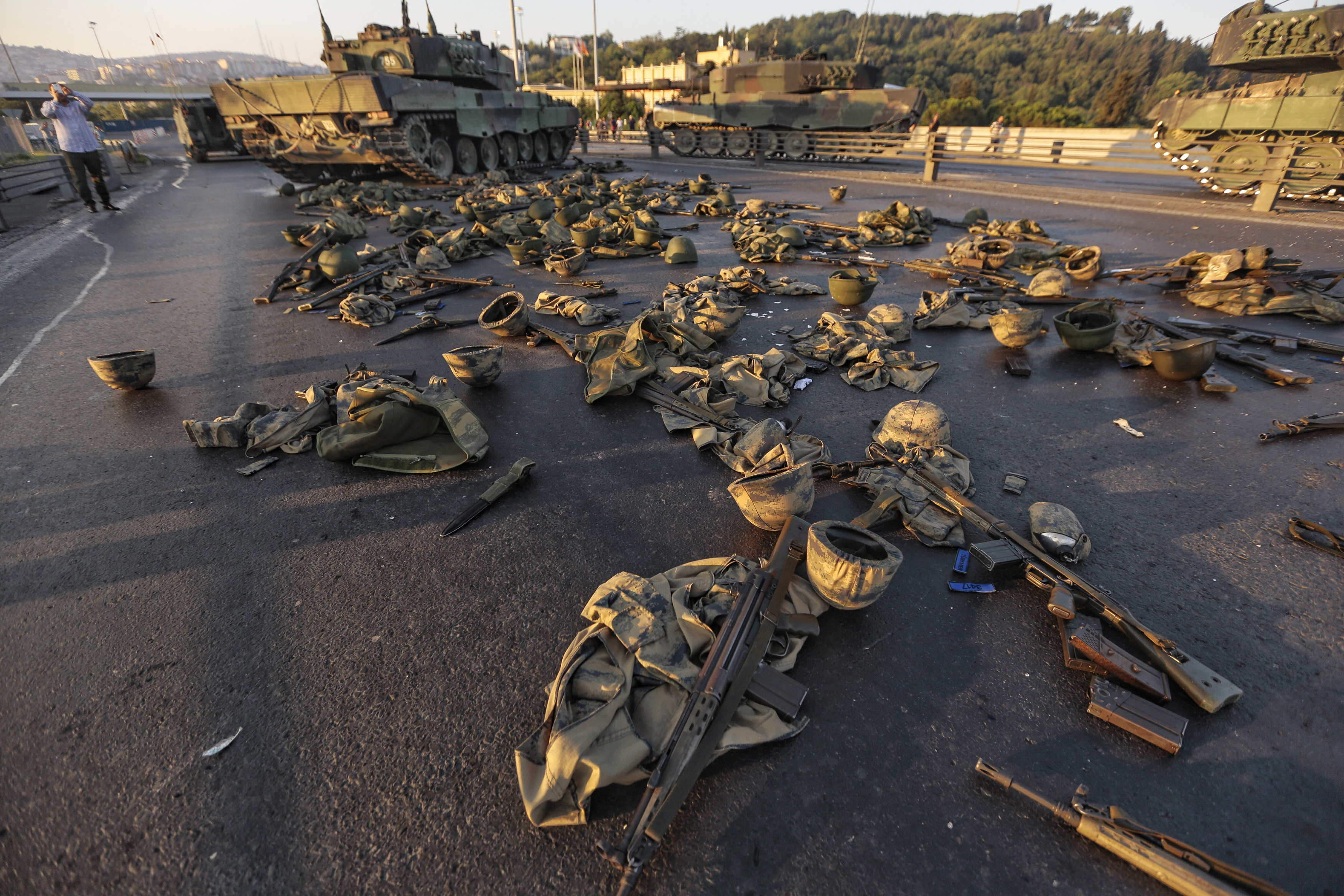 Clothes and weapons belonging to soldiers involved in the coup attempt that have now surrendered lie on the ground abandoned on Bosphorus bridge on July 16, 2016, Istanbul,Turkey. (Photo by Stringer/Getty Images)

Historically, the Turkish military has viewed itself as the guarantor of Turkey’s secular and democratic character. It has intervened previously when it viewed Turkish democracy as threatened. Yet, globally, the track record for military coups saving democracy is very poor.

Ironically, before the July 15 coup attempt, the military was one of the most trusted institutions in Turkey. Nearly 40 percent of respondents to our survey said they trusted the military a fair amount or a great deal. This number rises to 58 percent among AKP voters. Likewise, a 2015 Pew Global Attitudes survey found that the Turkish military was the only institution with a net positive rating of 52 percent by the Turkish public.

Yet, the attempt by a sizable faction of the military to stage a coup to depose Erdogan with the stated goal of restoring Turkish democracy failed. Paradoxically, a key contributor to its failure was the high public demand for democratic governance in Turkey. Turks who flooded the streets in resistance to the coup were not only supporters of Erdogan, but also opposition supporters.

Demand for democracy is so strong in Turkey, despite polarized views on whether President Erdogan and the AKP were providing it, that most Turks were willing to accept a deeply flawed “democracy” rather than a military dictatorship. And now, in the wake of the coup, the military has been fully neutered.

This is the vision that President Erdogan apparently has for Turkey. Erdogan’s ultimate goal is to rewrite the Turkish constitution to create a strong, centralized presidency with a subservient parliament and judiciary. His personal role model is arguably his “frenemy” President Putin. He no doubt envies Russia’s authoritarian regime that dominates every aspect of Russian political life.

In what some are calling President Erdogan’s “Reichstag Fire” moment the failed coup provides him the opportunity to further purge political dissent. This purge reaches deep into the military, political, legal, media and educational segments of Turkish society. It will help him complete his project of reshaping Turkey’s political system.

Epilogue: resistance is not futile

The future for Turkey democracy may look bleak. Erdogan’s quest for complete political control appears unstoppable. But there is hope. His authoritarian project will not be complete until the Turkish constitution is changed to formally redefine the role of the presidency.

Turkey is better positioned to stave off full electoral authoritarianism than Russia, for example, due to its high public demand for democracy. However, several factors will need, in my view, to come together for this demand for democracy to successfully stop Erdogan.

First, democracy and human rights advocates outside Turkey will need to make a major push on the U.S. and the EU to exert influence upon President Erdogan to temper his autocratic ambitions.

Second, the Turkish political opposition on the left and right needs to work together to dampen political polarization across party lines. Dampening polarization increases the potential for collective action on democracy’s behalf. Unity rallies in defense of democracy need to become more common.

Third, Turks need to be made aware that the constitutional changes sought by Erdogan will leave them hungry for democracy, if not starving. The political opposition and civil society should coordinate a massive strategic communication campaign together. If these combined efforts are successful, Turkey’s march toward authoritarianism, and ultimate democratic tragedy, may just be averted.

Erik C. Nisbet is the Associate Professor of Communication, Political Science, and Environmental Policy and Faculty Associate with the Mershon Center for International Security Studies at The Ohio State University. This article was originally published on The Conversation. Read the original article. 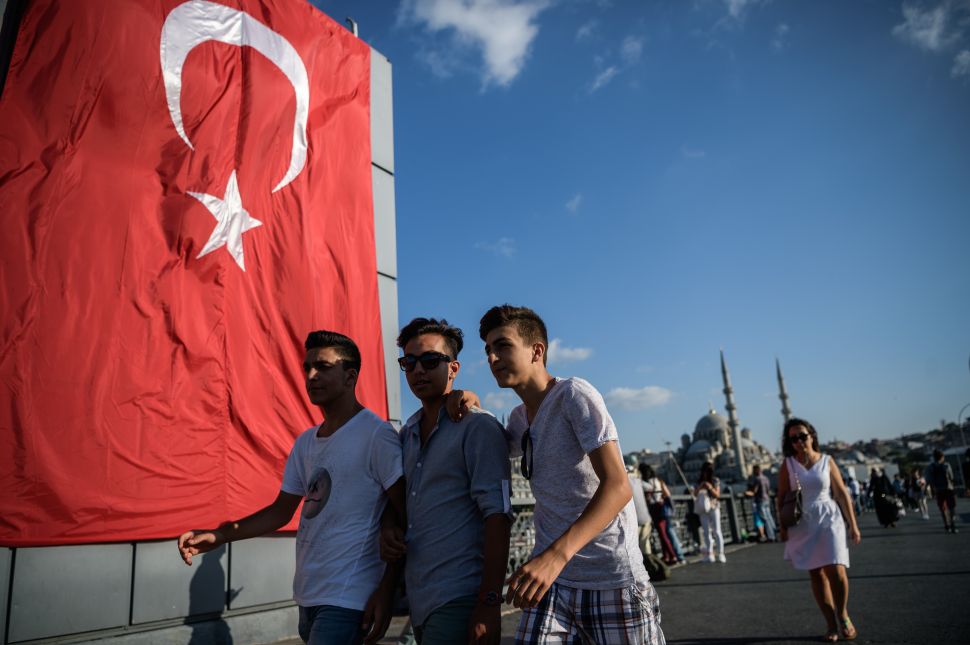