I think Bradley Cooper is in a fight. pic.twitter.com/yKSSXs10mC

Bradley Cooper and model girlfriend Irina Shayk were recently spotted having quite the row at Wimbledon. In videos, Shayk can be seen clearing tears from her eyes while Cooper looks on uncomfortably. There are plenty of theories about why they’re fighting, with the most prominent being that Cooper’s former girlfriend Suki Waterhouse was also at the event, making everyone deeply disturbed.

It’s almost impossible to live in New York and not experience a public breakup at least once. It’s like crying on the subway–you’re not truly a local until it happens and you document it for all to see, whether by mapping, Snapchatting, or sending embarrassing texts to friends after the fact. For couples who are spread out, it can be difficult to find a midway meeting point, especially if it’s for a breakup. If you know it’s over, it’s less than likely that you’ll trek from Williamsburg to the Upper East Side simply to say goodbye. It’s even more awkward for a couple already living together, especially if it’s in a studio. There’s no door to slam, and you can’t even quietly cry in the kitchen without being in bedroom at the same time. So, breakups happen on street corners, at restaurants, on subways and in dive bars–but where’s the worst possible breakup locale?

There’s nowhere quite as depressing as Times Square (except maybe Hell’s Kitchen in general). Just imagine the love of your life (or, more likely, a recent Tinder match), ending things with you where there’s no place to go. You can’t duck into a discrete nearby bar to hide your tears in your martini. Instead, you’re forced to encounter slews of tourists wearing fanny packs, surrounded by neon signs and tourist traps. And, even worse, there are no friends with apartments nearby–you’re stuck in midtown, destined to duck into a T.G.I. Friday’s to dull your pain with unlimited apps, or an Olive Garden for their breadsticks, to carbo load your feelings away. At the very least they should end things with you at Red Lobster, so you can enjoy Cheddar Bay Biscuits while channeling your inner Beyoncé.

Stuck in a subway car on the L train between Manhattan and Brooklyn.

Unless someone has offered you their seat on the subway because they wrongly imagined you were with child, and then the train stalled with both of you inside of it, there is nothing as awkward as an underground goodbye. If you’re at all civilized, you’ll choose an Uber (just not an Uber Pool) or Lyft, and leave your driver a stellar review after using up all their tissues. The only upside to an L-train break up is that it’s a notoriously good way to meet people, so you could always embrace the opportunity to find your next break-upper.

While there are plenty of acceptable places to cry in the city, your office desk (and the area surrounding it) is not one of them. If you’re in a cube you can always hide your face in your sad salad, and don’t forget the shred of privacy that can be found in the shared bathroom. But unless you disappear momentarily in the stairwell, a breakup that happens before or during work is straight up unacceptable. Unless a suitor comes to your office or drops you off there, that means it happens by text, G-chat or Facebook message, which is uncomfortable at best, and viral letter worthy at worst.

It doesn’t matter if it’s a romantic sunset cruise with cocktails or a ride on the Staten Island Ferry–when someone dumps you at sea, it’s always possible a body could end up in the East River, and that’s a Law & Order: SVU episode waiting to happen. Even the most glamorous sunset cruises can feel uncomfortable if you want to escape, and it doesn’t matter how great at swimming you are, unfortunately.

In Central or Prospect Park.

Nothing ruins a place quite like a relationship ending there–it’s like that song you listened to together, that you won’t be able to listen to on your own without tearing up for at least three to five years now. If someone is kind enough to break up with you in a small park, like Washington Square Park, it’s almost romantic, especially if it’s at night and no one can see you. But if it’s one of New York’s larger offerings, you then have to walk miles to the nearest subway or taxi, alone, with them looming behind you. 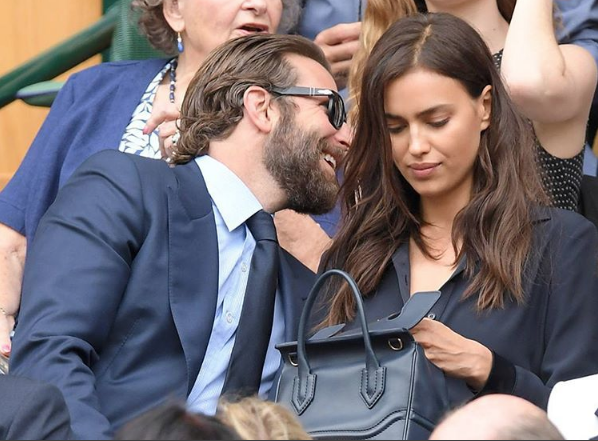