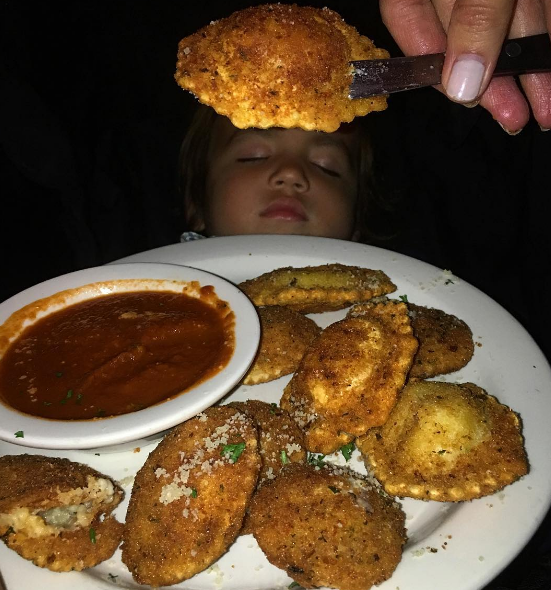 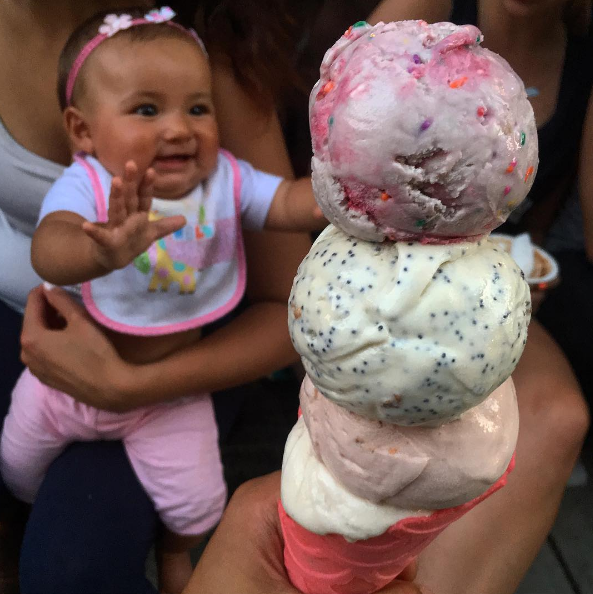 A shot before the Hester Street Fair--they went there and to Smorgasburg in one day.
(Photo: Food Baby Instagram) 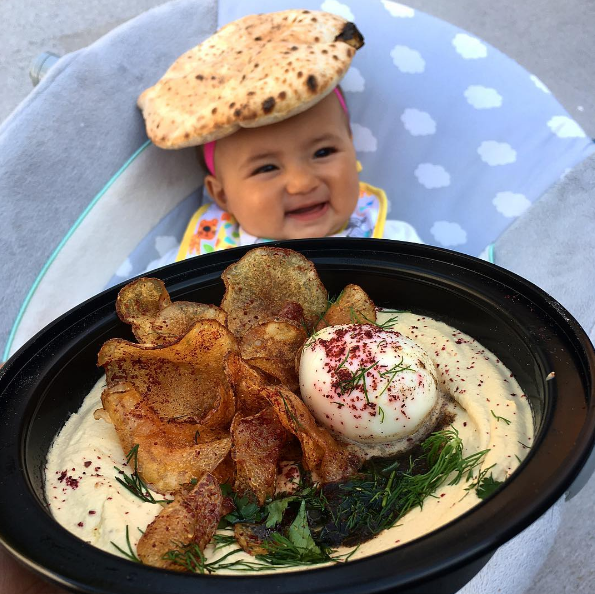 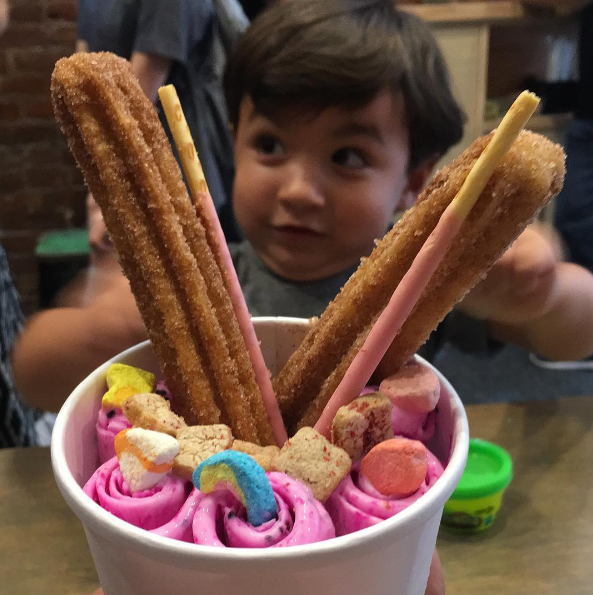 Ice cream rolls and churros from the Lower East Side's Juicy Spot, which rarely has a wait (unlike 10Below).
CHIKARASHI
Advertisement 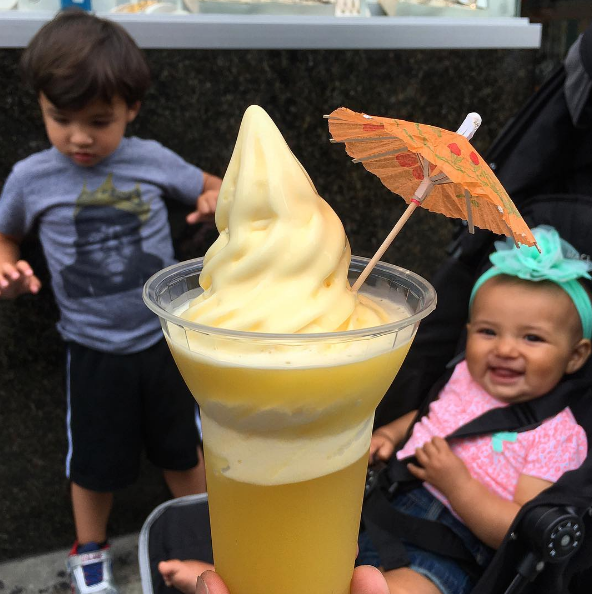 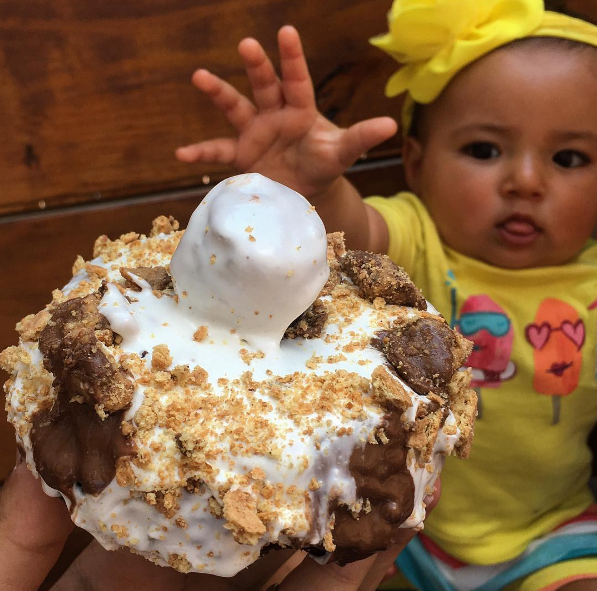 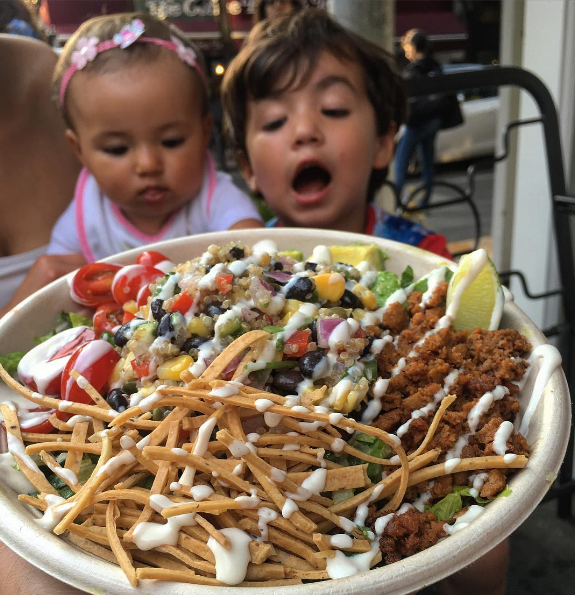 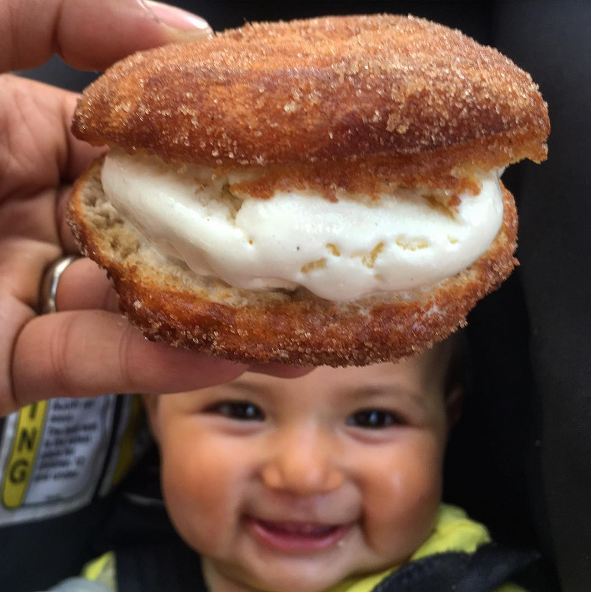 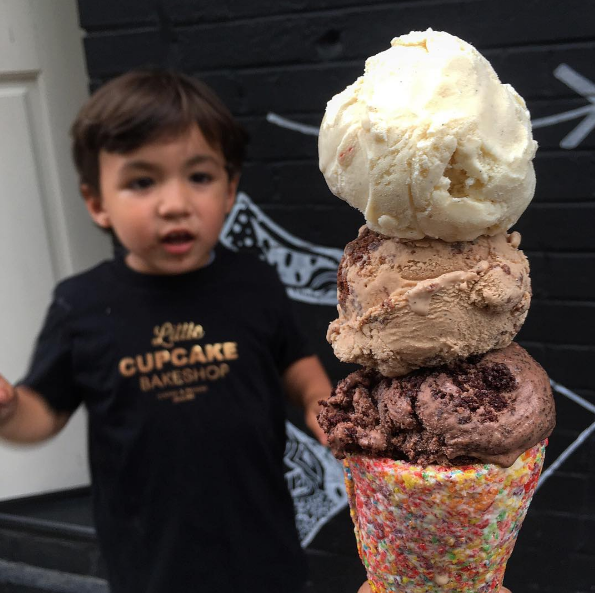 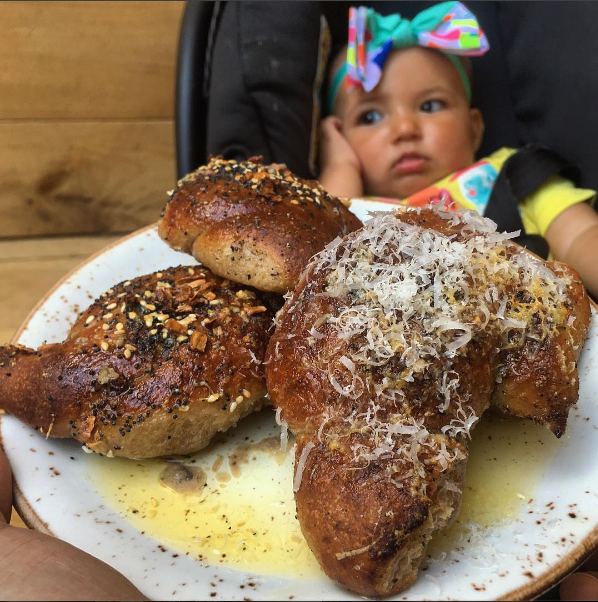 A shot of Cacio & Pepe and everything garlic knots from Grist Mill, one of Chau's new favorite spots in Park Slope.
(Photo: Food Baby Instagram) 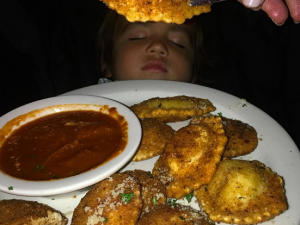 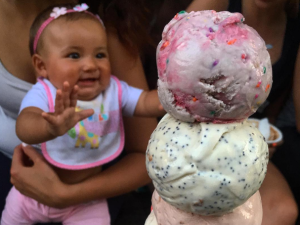 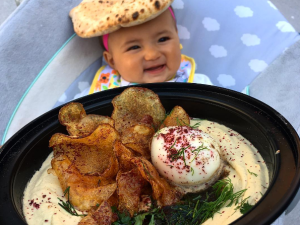 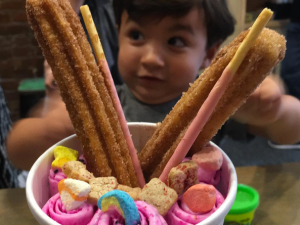 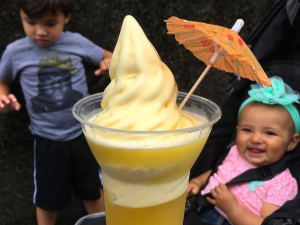 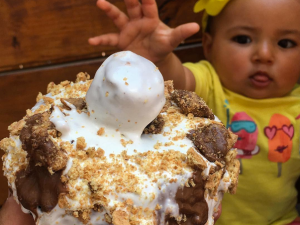 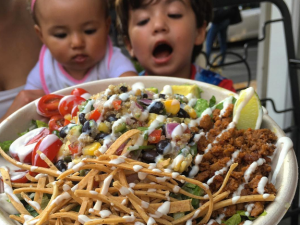 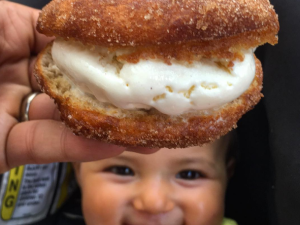 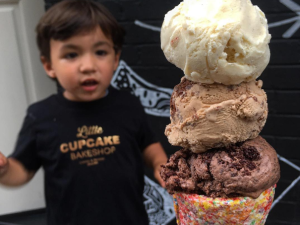 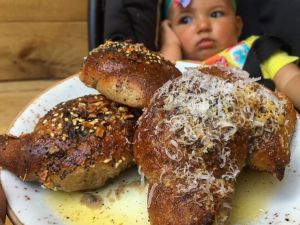 While regular folks line up outside of buzzy, Instagram famous establishments–think Black Tap, Ice & Vice and Queen’s Comfort–two social media famous babies are always on the list. The Observer spoke to Mike Chau, the founder of the Food Baby Instagram account (112,000 followers and counting) to find out how his two cool kids started exploring the city’s restaurant scene–with their parents in tow, of course. Chau is a software developer by day and a food blogger on the weekend. He regularly totes his two tots and wife from their home in Forest Hills into the city to try the latest buzz-worthy spots, and then reports on them on his Yelp account, which has 5,000 friends anxiously awaiting his reviews–he’s quite prolific, and has already written 1,208 of them.

If you find yourself scrolling through Yelp to find a new, hip new restaurant sure to look good on the ‘gram, particularly downtown, you will eventually stumble upon pictures of the same babies in every photo. “It’s funny, a lot of people recognize the kids and me from Yelp, actually more than Instagram,” Chau told the Observer over iced coffee downtown. While there’s always pressure from his enthusiastic followers to try the latest places, there are certain spots Chau frequents, especially when they have ever-changing menus. He enjoys the collaborative dumplings at Mimi Cheng’s monthly, the Sunday donuts at the always-crowded (but entirely worth it) Queens Comfort, and thanks to an influencer contest, Ice & Vice boasts its very own Food Baby flavor.

The original food baby, Matt, is turning three next month and daughter Sammy is eight months. According to Chau, Matt’s been experiencing a bit of the terrible twos, but is still a trooper about accompanying the family on their weekend restaurant excursions. “He’ll try stuff depending on what mood he’s in,” Chau said. Despite his ability to try the strangest foods in the city, Matt’s favorites are pizza, pasta and dessert, unsurprisingly. “It’s hard to get him to focus on food right now, because he just wants to play so much,” Chau explained.

The pressure of being an influential food blogger can lead to appetizing pictures with less than delicious meals, but Chau makes sure to avoid trying dishes he isn’t interested in. “Sometimes people say, ‘Do it for the gram,’ which is a crazy thing. But I still always like what I get. I don’t actually get something that’s over the top if I don’t actually want to eat it,” Chau explained.