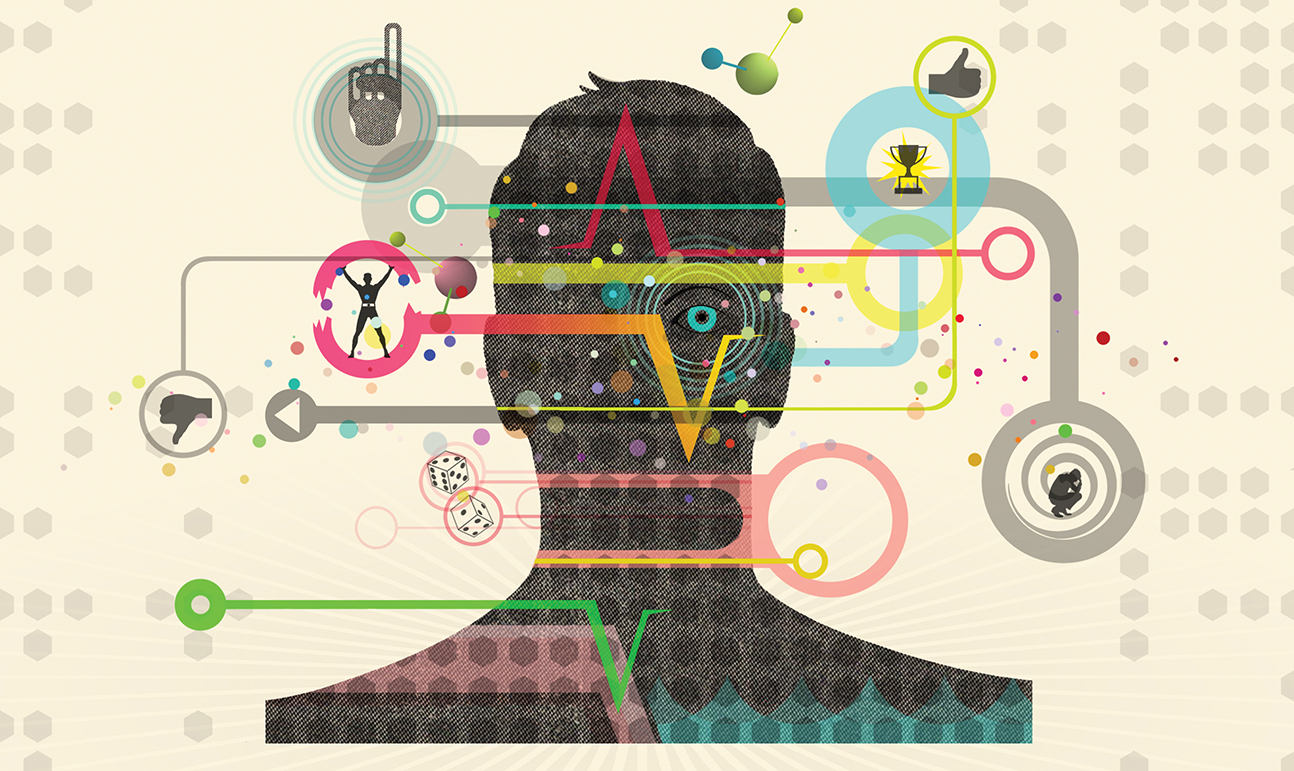 According to researchers, there is a scientific difference of testosterone levels in “winners” and “losers.” (Illustration: Courtesy of Mark Allen Miller)

Sometimes winning can be as dangerous as losing. Take James Altucher, blogger, podcaster, provocateur and occasional Observer contributor. Rewind to 1998 when Altucher had just sold Reset Inc., his web-design business, for $10 million. With his windfall he set out on a mission to teach the stock market a lesson. His first trade? As he told us, he “poured all of his money” into a software company, the name of which he no longer remembers. But he does remember this: In one hour he made a cool million. That jackpot was proof of Altucher’s genius. And he was primed to keep at it, going mano a mano against the market to make another million dollars every day for the rest of his life.

That’s what winning a million dollars in an hour does to you: it makes you cocky, confident and ready to go balls out.

That’s what winning a million dollars in an hour does to you: it makes you cocky, confident and ready to go balls out. Winning is biological, even hormonal. Dozens of researchers have studied the biological effects of what actually happens to people when they win—tennis players who beat their opponents, chess masters who checkmate their rivals and traders who outwit the markets. Spoiler alert: It’s testosterone—the hormone with a reputation for turning sweet young boys into hairy-chested, pugilistic, sex-crazed macho men. But there’s much more to testosterone than that.

Biologists have a name for the testosterone-infused mentality that perpetuates a cycle of victory upon victory: the “winner effect.” And it works like this. Two animals square off for a fight. Whether they are cichlid fish, rhesus monkeys or humans, their T levels rise, re-orienting their biological systems for the battle by increasing their strength, quickening their reaction times and reducing their fear. Then they go at it. And here’s where it gets interesting: The T levels of the winners spike, sometimes by as much as 1,000 percent. And the losers? Their T levels plummet by just as much. The next time the two face off, the winner, primed with testosterone, is much more likely to win. And the loser to lose.

In other words, testosterone is the winner’s elixir and has the effect of a “self-reinforcing upward spiral,” according to John M. Coates, a senior research fellow in neuroscience and finance at Cambridge University and former Wall Street trader. In his book, The Hour Between Dog and Wolf: How Risk Taking Transforms Us, Body and Mind, Coates writes about how testosterone not only flows more freely when we win, but in a happy feedback loop, transforms us biologically and psychologically into cocky, self-assured people who are more focused, more willing to take risks and who have that rare quality of a champion: a belief in themselves and their ability to win and keep on winning. (Although women have significantly lower levels of testosterone and their biology of winning has been studied less frequently, much of the research indicates a similar effect albeit on a smaller scale: Winning leads to more testosterone and more testosterone leads to more winning.)

But winning is not always what it’s cracked up to be. In the animal kingdom, writes Coates, “When testosterone reaches its high point…the animal enjoys optimal performance. It is in the zone. However should testosterone continue to rise, the animal’s risk-taking becomes increasingly foolish,” which is exactly what happened to Altucher. Not long after he had pulled off his million-dollar coup he bet all his money on another high-tech company with the rah-rah name: Go America. Why not? Altucher, pumped up with testosterone, thought of himself as “the smartest person in the world.” He expected he’d keep making a million dollars a day. But all of that swagger and exaggerated belief in himself clouded his judgment. Former Fed chairman Alan Greenspan calls this phenomenon “irrational exuberance.” Before Altucher knew it, he had lost a million dollars. And then another million. And he kept losing.

Just as there is biology to winning there is biology to losing. Call it the “loser effect.” Not only did Altucher’s testosterone likely drop, robbing him of confidence, motivation and energy, but another hormone kicked in—cortisol. A spike in cortisol has nearly the opposite effect of testosterone, turning people into stressed-out irrational pessimists who panic and quit. Altucher recounts plummeting into an extended free fall, losing all interest in sex and hiding in his room as he nearly went broke.

As we go through life, pursuing our dreams, whether we are freelancers, business owners or middle managers we face the same biological roller-coaster ride. When things go well our biology responds. We all know what winning feels like—we’re floating through the Elysian fields and we’ve just been told (cue the orchestral violins) that we are the son or the daughter of the gods. And then, we might become overconfident, even euphoric, believing we will keep winning, and our risk-taking becomes, as Coates says, “increasingly foolish.” According to Lord David Owen, a British politician and neuroscientist, winning or “possession of power…which has been associated with overwhelming success” can lead to “hubris syndrome,” a condition where repeated winning leads to “messianic zeal, excessive self-confidence, contempt for others, losing contact with reality and resorting to…recklessness and impulsive actions.”

And what about losing? We know what losing feels like. We are sickened, hollowed out and feel less worthy than the lowest cockroach on the cockroach totem pole. When filled with cortisol, Coates explains, “we find danger where none exists” and we have what he calls “irrational risk aversion.” Just as the testosterone primes us to keep winning, cortisol primes us to prematurely quit.

These feelings of winning or losing emanate mostly from our gut—the grumbling cauldron of the stomach, the central processing unit of so many neurons that are sensitive to testosterone and cortisol. The gut, sometimes known as the second brain, speaks to us not with logic but with a guttural language that is hard to ignore, geysering up inside us with overwhelming feelings that sometimes vault us to heaven with elation and at other times poison us with panic and fear. It’s not easy to argue with the gut. So are we doomed to be whipsawed between the irrational exuberance of testosterone and the irrational risk aversion of cortisol?

To understand how to handle the emotional ups and downs of winning and losing, let’s return to Altucher. By 2003, after recovering from his losses, he had slowly built up his reserves and was trading in the futures market. One night at 3 a.m. he heard about a terrorist attack in Turkey on the news. Bombings in Istanbul? September 11 was still a raw memory and weighed heavily on everyone’s minds. Traders were panicking. The futures market was collapsing. Altucher, shot through with cortisol, said to himself, “My life is over.” Shaking and in a panic, he sold all his holdings. That’s what happens when a market collapses—collective panic. Investors all turn into cortisol-quitters at the same time because they believe that the prices of whatever they own—stocks, gold, tulips or real estate—are going to go down, and go down fast. But guess what happened? Altucher may have still been shaking, but somehow he constrained his panic and managed to take a clear-eyed, rational look at the actual conditions of the market. He asked himself, “What will be the long-term effect of a bombing in Turkey on the stock prices of American companies? Probably, not much.” While everyone else was selling, Altucher bought back what he had sold and then he doubled down and kept buying. It was one of his best trading months ever.

Every investment guru warns aspiring traders that if they expect to win they have to avoid the danger of getting caught up in the testosterone-boom—cortisol-bust—cycle, buying on a cloud of euphoria or selling in the hard fear of panic. Those hormonal urges to buy or sell can be overwhelming. We are just like those traders. When we dream big, whether it’s to succeed in our artistic careers or in our entrepreneurial dreams, we have to be prepared for the emotional whiplash of the boom-and-bust cycle, the ups and downs that will make us feel at times like we are making a million bucks a day and at other times like we are losing everything.

We can never know what successes and failures await us. The only thing we have control over is how we handle the ups and downs. Seven years ago, Lin-Manuel Miranda, the creator of Hamilton, took a gamble as big as any of Altucher’s. He was called on to perform one of the songs from In the Heights at the White House. Miranda accepted. But instead of obliging the First Couple with a song from his hit show, he decided to sing something he’d written that had evolved out of a bizarre concept he had been developing about a rap-musical based on the life of the country’s  first treasury secretary. As Miranda stood on stage, microphone in hand, about to ignore the president and first lady’s request, he was “terrified.” You can see it on the video of the event. Miranda, who had never performed the song in public before, was undoubtedly as filled with cortisol as Altucher was when the market went against him. But Miranda hung in there, and as he began to rap the first words of the song, “Alexander Hamilton”—“How does a bastard orphan son of a whore and a Scotsman dropped in the middle of a forgotten spot”—Miranda’s biology reversed. You can see that as he sheds his nervousness, he gains confidence in himself and his idea. When the song was over, the audience, including the Obamas, responded with a standing ovation and then the video went viral.

Well, 11 Tony awards later you know the rest of the story. Even with the inevitable ups and downs of mounting a Broadway show, he managed to navigate between irrational exuberance and irrational risk aversion. Instead, throughout his wild ride, he displayed humility, common sense and grace, leaving us with scores of salty songs about our founding fathers, who rode out epic boom-bust cycles of their own. 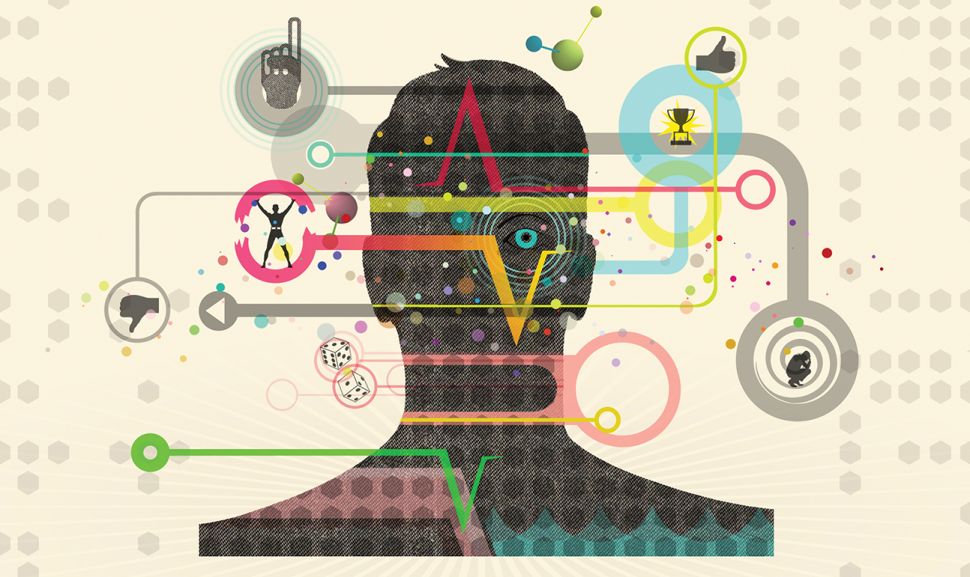