After a few decades of going to the opera, the experience begins to feel like a protracted film, shot all in extremely shallow depth of focus—a few brilliantly detailed images against a background of indistinct mush. Foregrounded are moment like Mirella Freni’s performance in a revival of La Bohème at the Met in 1988, which she sang the third act as if she would never sing again, finally bursting into great audible sobs as her deeply-moved Rodolfo, Luciano Pavarotti, gently led her offstage.

But most of opera consists of something far less incendiary: it’s about making your musical and dramatic points effectively and economically tonight, while making sure you can do it all again on Tuesday. Those practical if unglamorous skills were on full and impressive display last night at Prelude to Performance’s Bohème, a testament to the hard work and sensible values of this training program for emerging young singers, the brainchild of former Met diva Martina Arroyo.

This was exactly the sort of show young artists need to get under their belts: firmly coached, intelligently directed and sensitively conducted. The Italian was creditable across the board, and the voices all sounded healthy and free, without even a single wobbly phrase or scratchy high note. If Ian Campbell’s staging offered few surprises to the audience, it spotlighted the charm of the performers and even offered a practical lesson in how to play a love scene when you’re six inches shorter than your leading lady.

As the vertically-challenged poet Rodolfo, Dángelo Diaz poured out sweet tone and a rock-solid high C. If Jessica Sandidge’s silvery timbre was less than an ideal fit for Mimì’s passionate music, the statuesque soprano compensated with a deft sense of style. Among the strong-voiced bohemians, a standout was José Rubio, whose bright baritone and agile acting brought the minor role of Schaunard to vivid life.

Vaulting beyond the “prelude” phrase, though, was Claire Coolen as Musetta, offering a performance rich in vocal splendor and comic sparkle. She could sing this part in any of the world’s great opera houses tomorrow. This artist elevated a vocal stunt—the traditional diminuendo on high B at the end of the celebrated waltz song—into a delicious character detail. As she sustained the note, Musetta glanced back over her shoulder to be sure her angry ex, Marcello, was listening, then serenely returned her gaze to the audience, cocking an eyebrow to celebrate her sheer fabulousness.

As the tragic last act of La Bohème ran its inexorable course, the audience at the Kaye Playhouse sobbed and sniffled, as always. But there was a sweetness and a sense of hope this time around you don’t always feel when La Bohème is performed. The young artists on stage may still be struggling, but thanks to Prelude to Performance, they have a solid chance at winning. 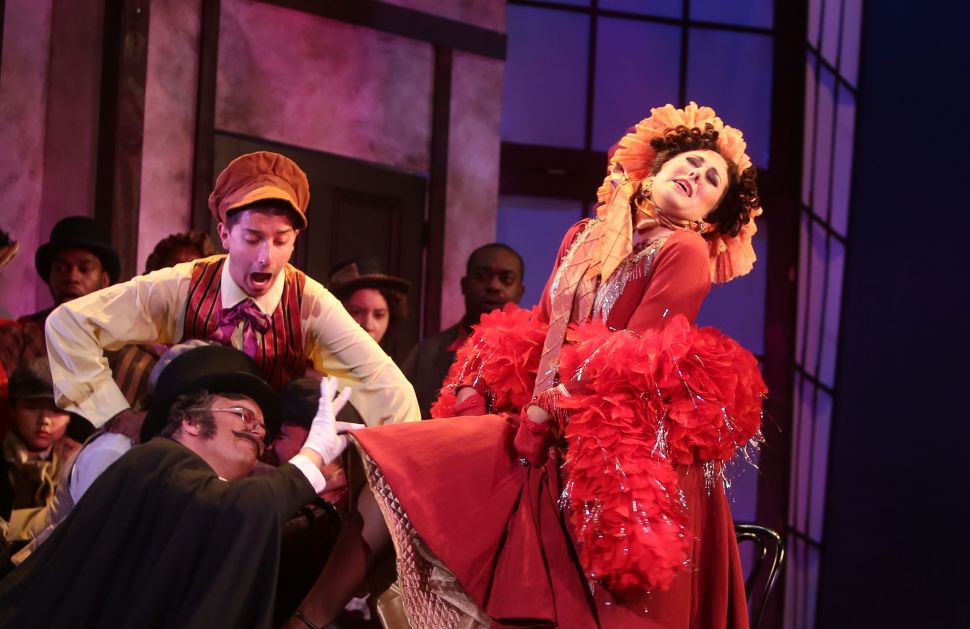