Life would be a lot easier if we just knew how to make good decisions. Research shows we all make a lot of bad ones.

More than half of teachers quit their jobs within four years. In fact, one study in Philadelphia schools found that a teacher was almost two times more likely to drop out than a student.

A study showed that when doctors reckoned themselves “completely certain” about a diagnosis, they were wrong 40% of the time.

And in our personal lives:

We get a lot of sketchy tips based on unreliable sources. So what does the scientific research say about how to make good decisions?

For starters, you might think you would be better off if you just had more information about the choice at hand.

And you’d be wrong…

You don’t need more info. You need the right info.

In the past 20 years we went from a world where information was difficult to come by to a world where we can’t get away from the stuff. The phrase “TMI” is now more true than ever.

When doctors are diagnosing heart attacks, the glut of information isn’t just a nuisance—it can be deadly:

What Goldman’s algorithm indicates, though, is that the role of those other factors is so small in determining what is happening to the man right now that an accurate diagnosis can be made without them…that extra information is more than useless. It’s harmful. It confuses the issues. What screws up doctors when they are trying to predict heart attacks is that they take too much information into account.

Solution? Spend less time trying to amass all the information and more time better defining the problem so you can find the right information.

As Dan Pink explains in his bestseller, To Sell Is Human, research shows one of the hallmarks of great advances in both the arts and sciences is spending more time on clarifying problems.

Via To Sell Is Human: The Surprising Truth About Moving Others:

And people who focus on the problem instead of the answer end up more successful in their careers.

Via To Sell Is Human: The Surprising Truth About Moving Others:

In 1970, Csikszentmihalyi and Getzels tracked down these same artists, now out of school and working for a living to see how they were faring. About half the students had left the art world altogether. The other half was working, and often succeeding, as professional artists. The composition of that second group? Nearly all were problem finders back in their school days.

(To learn what Harvard research says will make you more successful and happier, click here.)

Alright, you’re clarifying the problem and focused on getting the right info. Good. So now you need to be ultra-rational and logical, unswayed by emotion in order to make a good choice, right? Wrong again…

Feelings Are Your Friends

Being calm definitely helps when trying to make good decisions — but ignoring emotions is silly.

As Stanford professor Baba Shiv explains, choices can’t be made without feelings.

Via The Most Human Human: What Talking with Computers Teaches Us About What It Means to Be Alive:

In the late ’80s and through the ’90s, says Shiv, neuroscientists “started providing evidence for the diametric opposite viewpoint” to rational-choice theory: “that emotion is essential for and fundamental to making good decisions.”

And not only do we need feelings to make decisions, engaging them also leads to better decisions.

It was the people in the “gut feeling” group whose ratings predicted whether they were still dating their partner several months later. As for the navel gazers, their satisfaction ratings did not predict the outcome of their relationships at all.

And matters of the heart aren’t the only place where feelings help. Empathy can be a big positive when trying to make good choices. Research shows doctors who feel empathy make better decisions for their patients.

Wharton professor Adam Grant, author of the bestseller Give and Take, told me:

There is a great study by Turner and colleagues showing that when radiologists saw a photo of the patient whose x-ray they were about to scan, they empathized more with the person. They saw that person as more of a human being as opposed to just an x-ray. As a result, they wrote longer reports and they had greater diagnostic accuracy, significantly.

Certainly there are times when we need to think things through and be very rational. So how do you know whether to go with your gut or not?

Via How We Decide:

As Dijksterhuis demonstrated, when you ask the prefrontal cortex to make (complex) decisions, it makes consistent mistakes… It might sound ridiculous, but it makes scientific sense: Think less about those items that you care a lot about. Don’t be afraid to let your emotions choose.

Now what about when you’re tired and it’s hard to think? Don’t worry—research says go with your gut.

And what about when you’re really really tired? Just go to bed. Studies show the old saw is true: “sleeping on it” works.

Okay, you’ve defined the problem, got the right info and you’re not ignoring your feelings. What’s a key tool most people ignore that will let you know you should trust your decisions?

Modern science is awesome but here you may wanna take a lesson from the ancient Greeks: “Know Thyself.”

There are few things that can truly guide powerful decisions more than knowledge of who you really are and what you’re good at. And the research agrees.

Definitely trust your gut on a subject — if it’s something you’re an expert at:

A new study from researchers at Rice University, George Mason University and Boston College suggests you should trust your gut — but only if you’re an expert… Across both studies, participants who possessed expertise within the task domain performed on average just as well intuitively as analytically. In addition, experts significantly outperformed novices when making their decisions intuitively but not when making their decisions analytically.

I know what some of you are thinking: But I’m not sure what my strengths are.

No sweat. All you need is a pen, paper and time. Keep a “decision diary.”

Peter Drucker, author of The Effective Executive, and one of the most influential thinkers on the subject of management, recommends monitoring what you do and noting what gets results over time:

Whenever you make a key decision or take a key action, write down what you expect will happen. Nine or 12 months later, compare the actual results with your expectations…Practiced consistently, this simple method will show you within a fairly short period of time, maybe two or three years, where your strengths lie—and this is the most important thing to know.

Don’t trust your memory. Write it down. Make it a game. See where you score highly and not so highly.

Good at work decisions but bad when it comes to your personal life? Now you’ll know when you can trust your gut and when you may need some help.

(To learn the four lifehacks from ancient philosophy that will make you happier, click here.)

All the ideas so far are great but there’s one critical thing that’s missing: when do you stop deciding? When is it time to pull the trigger?

Don’t sweat making the absolute 100% best decision. We all know being a perfectionist can be stressful—and neuroscience backs this up. Trying to be perfect overwhelms your brain and makes you feel out of control.

Via The Upward Spiral:

Trying for the best, instead of good enough, brings too much emotional ventromedial prefrontal activity into the decision-making process. In contrast, recognizing that good enough is good enough activates more dorsolateral prefrontal areas, which helps you feel more in control…

As Swarthmore professor Barry Schwartz said in my interview with him: “Good enough is almost always good enough.”

Sound too easy? Too simplistic? Okay, let’s look at a real world example of how people at the highest levels make decisions.

James Waters was deputy director of scheduling at The White House. (Word on the street is they make some pretty big decisions there.) What did James tell me?

“A good decision now is better than a perfect decision in two days”:

Being able to make decisions when you know you have imperfect data is so critical. I was always taught that “A good decision now is better than a perfect decision in two days.” Many people I know in business recoil at that statement. Many colleagues in graduate school had come from places where they were analysts at a company and their job was to analyze and analyze and analyze. They couldn’t believe somebody would say that you should actually encourage people to make a decision with imperfect information—but I firmly believe you should. I think that’s really important for leaders to incorporate. It’s something that the White House has to do all the time. It’s great to analyze things but at some stage you’re just spinning your wheels.

So focus on “good enough” instead of overthinking the problem. And if you do, you get an extra bonus: research shows your decisions are more likely to be ethical ones.

(To learn the four rituals that neuroscience says will make you happy, click here.)

Alright, we covered a lot. Let’s round everything up—and learn the one simple question that can help you make solid decisions when you’re crunched for time…

Here’s how to make good decisions:

And if you forget everything above, what one thing should you remember?

In my interview with Duke professor Dan Ariely (author of Predictably Irrational: The Hidden Forces That Shape Our Decisions) he said you’re more likely to make a good decision if you “take the outside perspective.” What’s that mean?

Just ask yourself, “What advice would I give to someone else in this situation?”:

If I had to give advice across many aspects of life, I would ask people to take what’s called “the outside perspective.” And the outside perspective is easily thought about: “What would you do if you made the recommendation for another person?” And I find that often when we’re recommending something to another person, we don’t think about our current state and we don’t think about our current emotions. We actually think a bit more distantly from the decision and often make the better decision because of that.

Yeah, it can really be that simple: thinking about how you would help others is often the best way to help yourself.

Join over 260,000 readers. Get a free weekly update via email here.

How To Get People To Like You: 7 Ways From An FBI Behavior Expert
New Neuroscience Reveals 4 Rituals That Will Make You Happy
New Harvard Research Reveals A Fun Way To Be More Successful 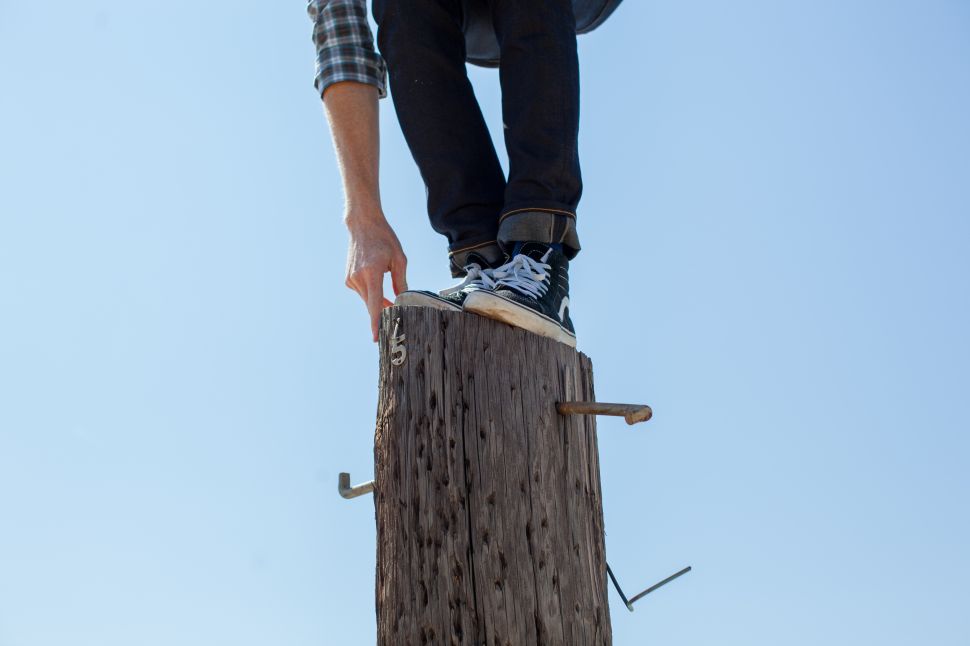