Sirens blare, warning Israelis they have only seconds to find shelter from the rockets being launched from Palestinian territories. Children run for their lives, while a surface-to-air interceptor missile is launched, racing toward the sky. And in an instant, fear turns to joy as a deadly image morphs into celebratory fireworks, laugher and cheering crowds.

This is the genius of filmmaker Eyal Resh.

Resh doesn’t dream about being the next Steven Spielberg or Martin Scorsese. The 27-year-old Israeli has come to America not to “make it” in Hollywood, but to impact a tougher audience: the global theatre of world opinion.

“I truly see it as my responsibility to use my abilities in order to change Israel’s image in the U.S. and in the world,” Resh told the Haym Salomon Center. “It means putting messages out there that will help people understand what Israel is all about, from its beauty to the richness of its complexity. It also means nurturing the Israeli-American and Jewish communities here in the states.”

“Telling Israel’s Story” is more than just his life’s calling. It’s also the title of a documentary Resh directed last year for the Israeli news outlet Times of Israel.

Described by Jewish News Service (JNS) as a “widely viewed film, [it] seemingly begins as a promotional tourism video, but quickly evolves to offer a multi-layered perspective,” Resh offers a viewpoint that reveals the miracle of the Jewish state. He brilliantly takes the viewer on an emotional roller coaster, experiencing the wonder of Israel in just under four minutes.

As he expected, Resh was criticized by some for making “an outright pro-Israel propaganda film.” He received death threats, but believes respect for his work continues to win the conversation.

Born and raised in Israel, Resh’s talents did not escape notice of Israel’s military officials.

“My army service was unique. I served three years as the main director of the Cinema Unit of the Israeli Air Force,” explains Resh. “I did huge productions there—for example, a movie about air fueling that was shot in the air with six aircraft, an instructional video about the combat doctrine and much more.”

Ironically, Resh’s love for his homeland is why he has come to the United States. He sees America as the place where he can best refute the “false narratives” and “downright lies” told about Israel in the media and by anti-Israel organizations promoting the Boycott, Divestment and Sanctions movement on college campuses.

“The fight for the truth about Israel must come from America,” said Resh. “By educating the Jewish and Israeli-American community in the United States, fortifying them with the facts and beauty of Israel, I feel we can ultimately have a more global impact.”

Recent events in Brussels demonstrate the long road ahead for Resh and the Israel advocates he wants to nurture.

Palestinian Authority President Mahmoud Abbas, speaking recently to the European Parliament, received a standing ovation after telling the EU representatives that rabbis in Israel demanded their government poison the to kill Palestinians. This slanderous vitriol echoed centuries of anti-Semitic lies that led to massacres of European Jews from the Inquisition to the Holocaust.

“These abhorrent remarks is also why I believe my work is important. Lies that promote hatred led to horrible actions in the past and present,” stated Resh. “We see it everywhere and it is unfortunately increasing by the day. Statements like Abbas’ are dangerous to our world and there has to be a reaction to them.”

Resh added: “My main question is how I react in a way that will actually change people’s perspective for the good and not increase the violence. Using all the tools in my disposal, I had chosen to tell the world Israel’s complex story by showing the human component behind it.”

At Resh’s core, he is not an activist but an artist who believes that great art can change the world.

His talents have been recognized by the artistic world.

Even though he does not possess a bachelor’s degree, Resh was accepted to the Master of Arts program at the prestigious California Institute of the Arts, a school founded by Walt Disney, where he studied film directing.

His narrative production, Arrival, deals with Jewish and Israeli identity and the idea of collective memory. It was screened at Walt Disney Concert Hall in Los Angeles as part of the CalArts showcase.

His talents behind the camera are not limited to film. Last year he traveled to India, capturing the country in photos. The Hillel Center at UCLA funded an exhibition of his photography from India that ran for many weeks in Los Angeles.

Currently, Resh is making a short animated film about two Israeli soldiers who died in the Gaza war. He is also working on a feature film about former Prime Minister Yitzhak Rabin.

Resh is very aware that people on both sides of the conflict are suffering. He regards his work as carrying a message that all people can understand.

“These are all universal stories that every person on this planet can relate to. In my mind, this is the best way to open people’s eyes to what enormous price both sides are paying.” 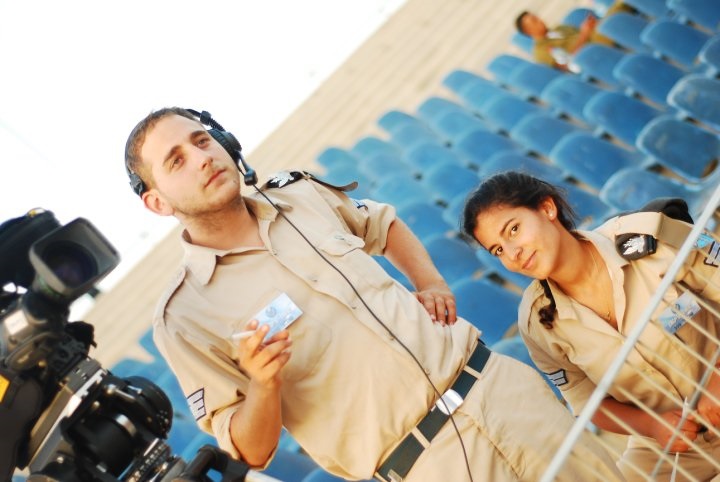