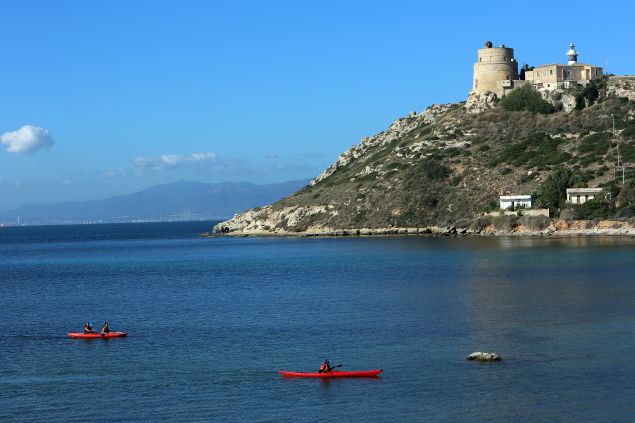 A dreamy vacation on the Italian island of Sardinia brings to mind images of Elizabeth Taylor and Richard Burton sailing along the azure waters in their yacht, or perhaps Roger Moore as James Bond in The Spy Who Loved Me. And, of course, don’t forget about Sophia Loren, the epitome of Italian glamour.

For those particularly enamored by such, there are fifteen brand-new Italian villas that are set to debut at the Is Molas resort, located on the Sardinian capital of Cagliari, this fall. 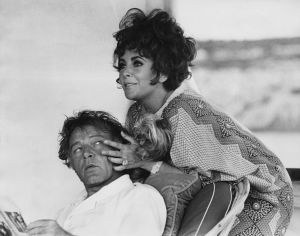 Richard Burton and Elizabeth Taylor, just relaxing on their yacht off the coast of Capo Caccia in Sardinia. (Photo by Express/Hulton Archive/Getty Images)

Studio Fuksas, composed of architect Massimiliano Fuksas and his wife, interior designer Doriana Fuksas, is leading the project, creating four different villa styles for the homes, which boast views of the hills, sea, and, of course, the golf course, for those wanting to play a few rounds. The resort already has a 27-hole golf course, and now champion golfer Gary Player’s design team is creating a new 18-hole course, with picturesque views. Villa residents receive full access to all of the Is Molas resort’s amenities, such as the five-star hotel (including the concierge service), private beach club, spa, sports facilities, and, of course, quite a few restaurants and shopping destinations—this is Italy, after all.

“I found inspiration for the design of the villas in two elements,” Massimiliano Fuksas told the Observer. “The ancient, indigenous Nuragic civilization and the surrounding flora native to the land…I wanted the villas to enhance their surroundings, as if they were placed there by nature herself. I also wanted the native culture of the area to be represented, which is why the building structures reflect traditional Nuraghe monuments, including their use of stone materials and tower-like architecture.” 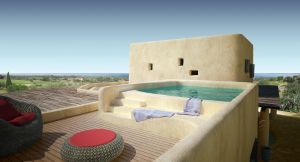 The Luxi Villa has a rooftop pool. (Photo: Is Molas Resort)

Italy Sotheby’s International Realty is handling sales for the villas on the resort, with prices ranging from $2.07 million to $4.8 million.

There’s the Villa Luxi, a four-bedroom, four-bathroom home that features a 1,400-square-foot terrace, with a dining and living room on the ground floor with glass windows that fold back and open out onto the garden—don’t forget about the wellness area and oversized hot tub, with prices currently starting at $2.42 million.

Then there’s the three-structure, $2.75 million Villa Nea, arranged around a central space covered by a terrace, with a relaxation and reading area. Or, there’s the $2.07 million Villa Arenada, which features one large structure, with windows throughout that can be opened for “seamless” indoor and outdoor living, as well as a terrace with a wellness area and a decorative pool. Don’t fret, swimmers—there’s also a pool that wraps around the entire villa. 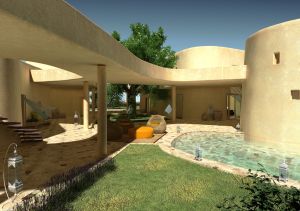 The Villa Palas is made up of four different structures. (Photo: Is Molas Resort)

If you really want to go all out, perhaps the $4.84 million, five-bedroom, six-bathroom Villa Palas is the one for you–it’s arranged around an inner garden and connected by a terrace, with a fitness area that overlooks the pool, and an oversized pergola by the pool. All of the villas incorporate the outdoors, as the island’s temperatures and climate served as part of the reason it was chosen for the resort.

“This location holds a special microclimate,” Fuksas explained. “You can enjoy all sports throughout the entire year…The resort is situated in the area of Santa Margherita di Pula and Cape Teulada, one of the most fascinating stretches of the Sardinian south coast: beautiful beaches and clear bays.” 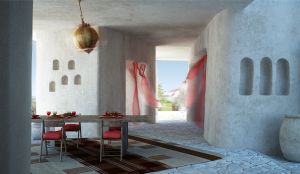 The Arenada villa includes a wellness terrace. (Photo: Is Molas)

And sure, it’s not the Amalfi Coast–but for those over Portofino, Positiono and Capri, this locale provides something other Italian islands might not. “[T]he land is still unspoiled, unlike other tourist destinations,” Fuksas added.

For those who don’t happen to live in the Mediterranean, not to worry–the architect onfident that these island estates are going to appeal to people throughout the world, not just those who reside in close proximity to the clear blue waters of the isle.

“Citizens from all over the world who are interested in art, culture and traveling will love these new villas,” Fuksas declared. “Those seeking year-round warm weather, or a new vacation home with access to full five-star amenities will find that here.” 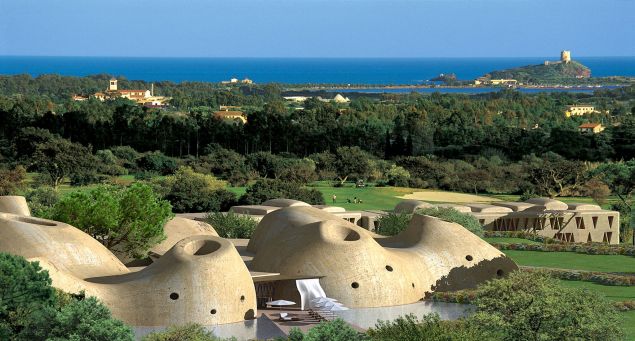 These views. (Photo: Is Molas) 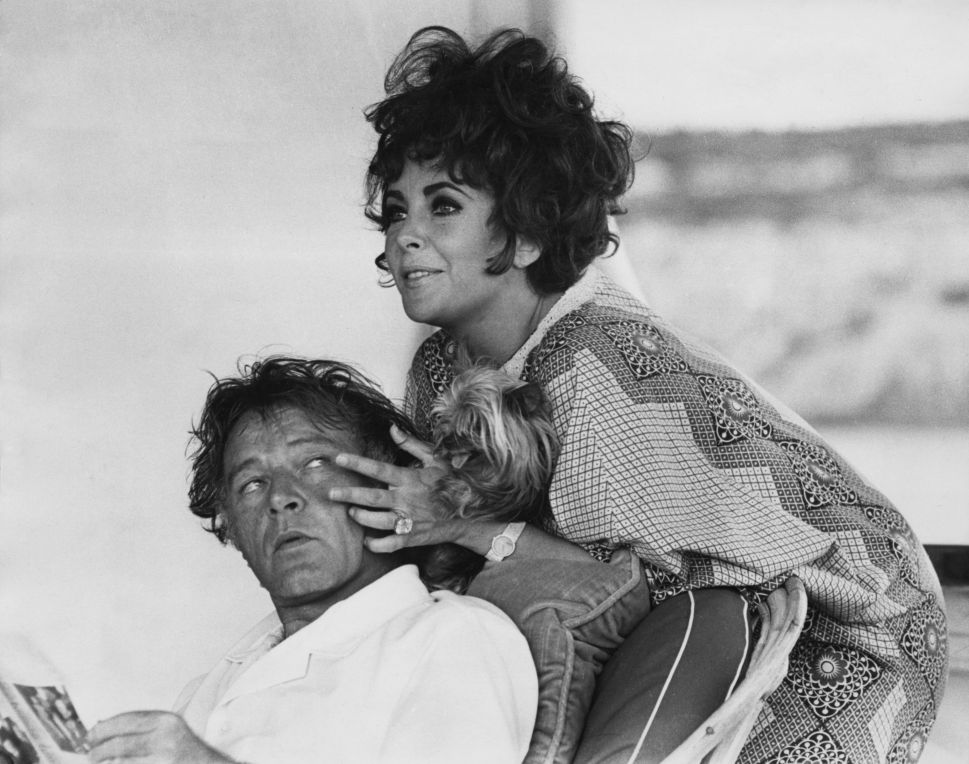