1920s Paris is known for being both a fascinating melting pot of literary, musical, and artistic genius, and the decade of choice for nostalgics who believe they were born in the wrong era. What isn’t as well known, according to Think Olio’s The Other Side of Genius: Interdisciplinary Artists in the Jazz Age workshop at the Strand, is that many of these legendary artists also experimented with media for which they aren’t famous. Hemingway was fascinated by visual art, Picasso loved ballet, and Ezra Pound even wrote an opera—so be sure to stop and pick up every art supply you can get your hands on after this inspiring talk. Wine is provided by Jenny & François Selections. The Strand, 828 Broadway, 7-8 p.m., $20 includes one drink

Is it really summer until you’ve tasted the season’s first lobster roll? The 1st Annual Brooklyn Lobster Fest Series gets kicked off tonight at The Hall at MP, an “industrial chic space transformed into a seaside cookout and dance party.” Hosted by celebrity chef Michael Psilakis, this week-long extravaganza features a different live band every night and, of course, the aforementioned marriage of delectable crustacean and warm buttered roll. A ticket includes a platter complete with lobster roll, corn on the cob, pickle, fries, and I’m suddenly very hungry. The Hall at MP, 470 Driggs Avenue, 7 p.m. to 12 a.m., $29

If the only thing you know about bats is that one just fought Superman or something, then join the New York City Bat Group for an evening stroll through Central Park to take a look at some of our flying mammal friends. They are indeed our friends—the sponsoring Museum of Natural History’s event page states that the nocturnal bats come out every night to feed on flying insects like mosquitos, even in the city. This walk will arm you with detectors to amplify the bats’ inaudible high-frequency chirps (as opposed to the very low-frequency bat voices we’re used to). Museum of Natural History, 77th Street, 8 p.m., $40 adults, $25 children

What happens in the Hamptons? You, it would seem, if you attend the 12th Annual A Hamptons Happening at the home of Maria and Kenneth Fishel. Benefitting the Samuel Waxman Cancer Research Foundation on its 40th anniversary, this event features 30 of New York’s top restaurants and chefs. The guests of honor will be Sandra Lee, Jayma Cardoso of the Surf Lodge, and Deirdre Quinn of Lafayette 148 New York, and the night is hosted by Chris Wragge of CBS 2. 900 Lumber Lane, Bridgehampton, 6:30-10 p.m., $375

Now more than ever, it’s clear that politics is a performance. But Oslo, opening tonight at the Lincoln Center Theater, reimagines an iconic geopolitical moment (the 1993 Oslo Accords between Shimon Peres of Israel and Yasser Arafat of the Palestinian Liberation Organization) over the course of a three-act play. Oslo is a “darkly funny and sweeping new work” by J.T. Rogers (Blood and Gifts) that sets character-driven drama against an important historical backdrop. Although you can no doubt find enough juicy political thrills on CNN right now, this one will at least be carried out by likable lead actors. Lincoln Center Theater, 150 West 65th Street, 6:45 p.m., $87

Speaking of likable lead actors, the New York Times’ TimesTalks is hosting a conversation with Viggo Mortensen, who is promoting his acclaimed new film Captain Fantastic. Mortensen, best known for playing Aragorn in the Lord of the Rings films, also pursues photography, poetry, and music, and has founded a publishing house dedicated to the works of little-known artists and authors. The interview is conducted by Times culture reporter Melena Ryzik. TimesCenter, 242 West 42nd Street, 7 p.m., $40

Say goodbye to an icon tonight as the Four Seasons hosts a final farewell feast. The legendary restaurant is closing its East 52nd Street doors on July 16, and has invited Citymeals On Wheels to organize a star-studded culinary adieu. Headlined by Citymeals Board Co-President Daniel Boulud and a posse of other notable chefs—and with wine provided by Daniel Johnnes—$750 of each ticket goes directly to benefit the charity. It remains to be seen what lucky venue will become the new home of the power lunch. The Four Seasons, 99 East 52nd Street, 6:30-10:30 p.m., $1,250 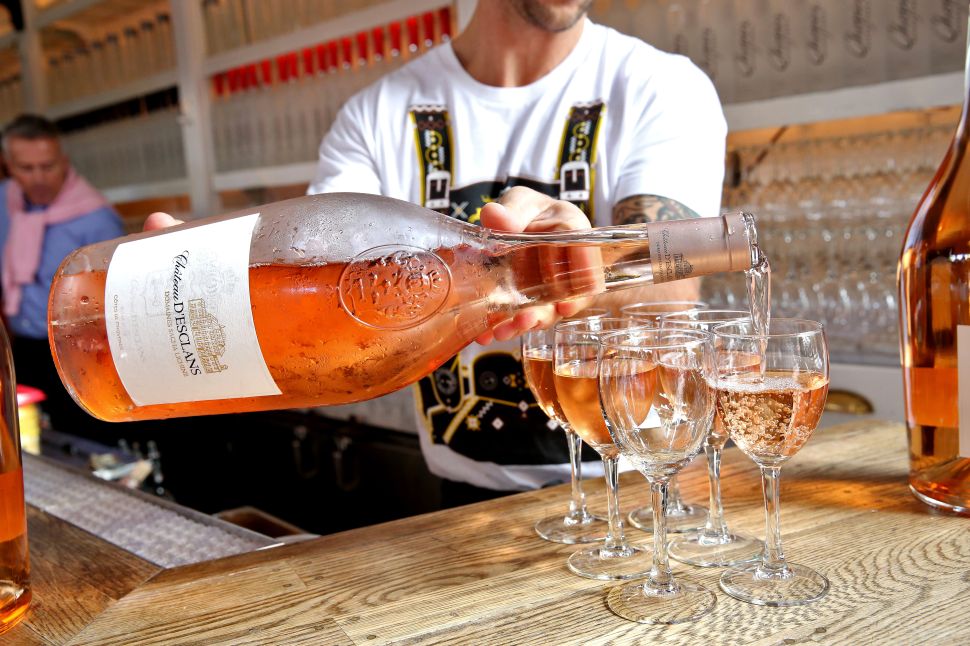