At least 80 dead or dying humans were still bleeding on the pavement of Nice, France, Thursday night when Donald Trump used the carnage and the cable news outlets to attack his political opponents in the United States.

The Republican presidential nominee first turned to Twitter—“When will we learn? It is only getting worse”—before fleeing to his sanctuary television outlet, the right-wing Fox News Channel.

First to Greta Van Susteren, later to Bill O’Reilly, Trump blasted both President Obama and Democratic presidential candidate Hillary Clinton after a gun-shooting terrorist drove a truck at high speed through a crowd at the end of a fireworks display on Bastille Day in France.

“I am, indeed, the law and order candidate,” Trump said via telephone. “Hillary is weak and ineffective.”

Without knowing the identity of the terrorist or his motivation, Trump called again for the President to use the term “radical Islamic terrorists.”

Prodded by O’Reilly’s leading question, Trump said, if elected, he would ask Congress for a declaration of war against ISIS, which is also called the Islamic state and ISIL. It holds parts of Syria and Iraq.

“This is war!” Trump said, adding—as he often does—that the U.S. is letting into the country Muslim refugees who might really be terrorists.

Even by Trump’s low standards, it was a remarkable stream-of-consciousness rant that asserted facts that were unknown and unproven in his attempt to smear the other party.

He conflated unrelated things and repeated himself frequently with variations of lines from his stump speech and his heavy rotation of Fox News interviews.

Of course, at the end of the day, it was all about Trump.

Clinton rapidly responded with two phone interviews: First with O’Reilly on Fox, next with Anderson Cooper on CNN.

Asked by O’Reilly about Trump’s desire to go to war, Clinton replied that “it is the dream of ISIS to put American ground troops” in a land war in the Middle East.

She said she would bring NATO into the ISIS solution and that one of her priorities would be to launch an intelligence surge of the sort that led to the killing of Osama Bin Laden in Pakistan.

“We need strong, tough diplomacy, starting with our friends,” she said. “We need to be prepared to work with each other to ferret out these terrorists and prevent future attacks.”

When O’Reilly offered the Trumpian solution of taking the ISIS stronghold city of Raqqa in Syria, Clinton said it was “not the most effective way” to triumph over the terrorists.

To Cooper, she spoke of “progress on the battlefields of Syria and Iraq” but that’s a mixed blessing.

“As a result . . . their urgent desire to inflict terrorist attacks elsewhere,” she said. She called the ISIS fighters “jihadists who use Islam to recruit and to radicalize others in order to pursue their evil agenda.”

She said she’s heard calls from radicals who want to declare what amounts to World War III and “we could be easily misled” with a bellicose response.

“We’ve got to be smart about this,” she said.

Although both O’Reilly and Cooper both tried to get her to respond to Trump on a personal level, she didn’t take the bait.

She rarely use his name, but it was clear she was responding to his renewal of hot-headed words vowing to ban Muslim war refugees from entering the United States.

Regarding Trump’s accusation that she wants to welcome terrorists in large numbers through their “Trojan Horse” scheme, Clinton said: “Trump has said this repeatedly and has been called out for blatant lies.”

MSNBC didn’t interview either Clinton or Trump, but Lawrence O’Donnell was watching and listening.

Near the beginning of his Last Word show at 10 p.m., he called Clinton’s response to O’Reilly’s questions “the single strongest eight minutes of interview she’s done in the campaign.”

O’Donnell thought Clinton got the best of O’Reilly, who frequently asks questions of liberals that are really just accusations designed to start an argument.

“She backed him into his corner,” O’Donnell said. “He did not score a point against her. If he was going to tell the truth about it, he has a new-found respect for the way she thinks about these things.”

Joining in the conversation on Fox was Newt Gingrich, former speaker of the house who has been angling to become Trump’s pick for vice-president. (Many reports indicated Thursday that it will be Governor Mike Pence of Indiana; Trump called off an 11 a.m. announcement scheduled for Friday.)

On Hannity in the 10 p.m. hour, Gingrich doubled down on the Trump rhetoric, railing against “political correctness” in a conversation with his fan-boy groupie, Sean Hannity.

He said the U.S. should test every person in this country who is of a Muslim background.

“And if they believe in Sharia law, they should be deported,” Gingrich said. “We need to be fairly relentless about defining who our enemies are.”

If U.S. investigators discover that Muslims in the U.S. have visited a jihadist web site, Gingrich said they should be charged with a felony.

“They should go to jail,” Gingrich said. “I am sick and tired of being told the wealthiest and most powerful civilization in history—all of Western civilization—is helpless in the face of a group of medieval barbarians.”

He thought the current administration too timid.

“We’re told to be reasonable, to be passive, to not judge,” Gingrich said. “This is the fault of Western elites who lack the guts to do what is necessary and to tell us the truth. That starts with Barack Obama.”

On MSNBC, O’Donnell asked Eugene Robinson of The Washington Post to compare and contrast the approaches of the two candidates.

He said Trump wants “fear and anger” and that he promises nothing but emotion with no actual vision of a plan. 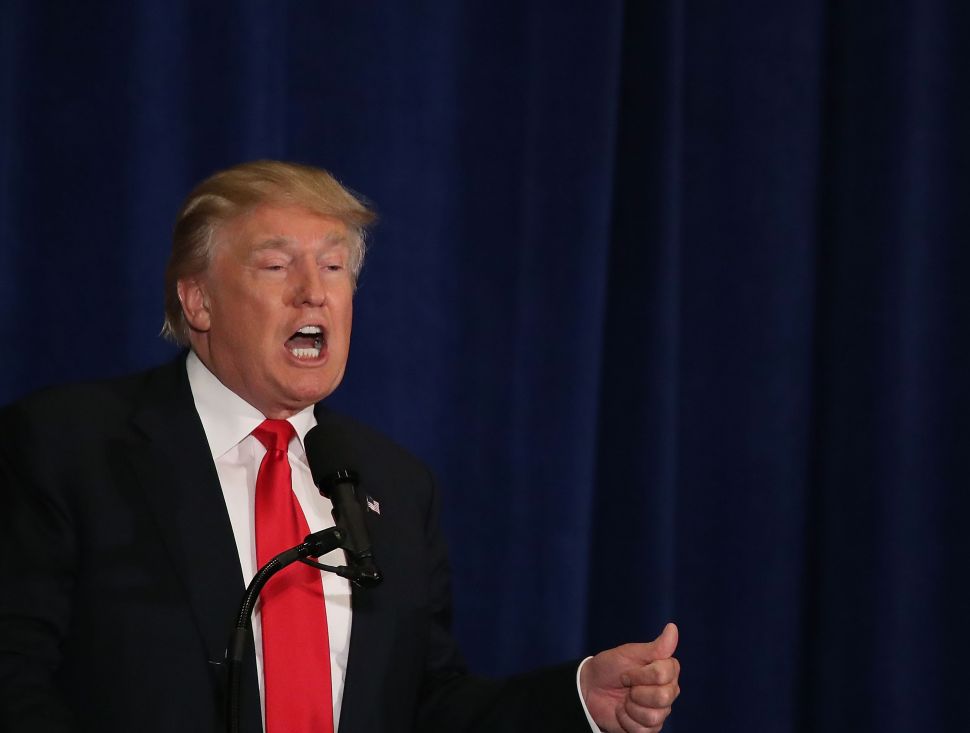