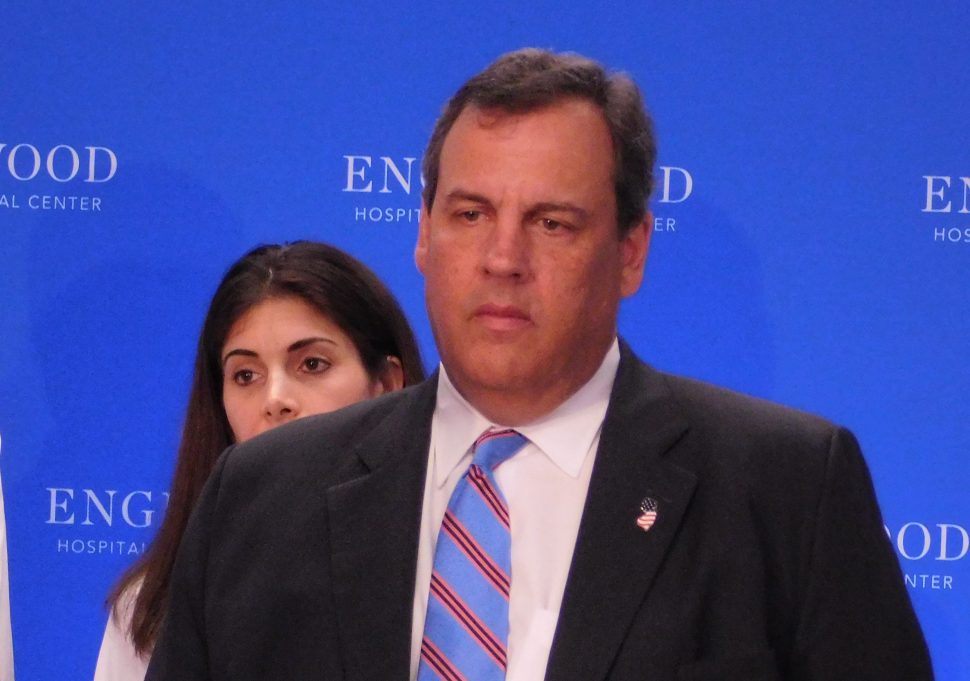 Governor Christie at a press conference in Englewood.

News reports say Donald Trump has narrowed his vice presidential search to three candidates, and The Washington Times – a paper that built some renown for many years on the back of Gary Arnold’s movie reviews – has already reported that Indiana Governor Mike Pence will “likely” be Trump’s choice.

That may be so, but will Pence – staring at himself in the mirror and assessing his political future, which may include, undoubtedly in his own mind, a run for president at some point – decide that he wants to affiliate himself with this particular presidential candidate, or conceivably down his now beefed up brand to play somebody’s number two?

Of the three people reportedly on Trump’s short list, only Pence is essentially unsullied. The bloom’s off him somewhat, but if he doesn’t possess absolute radiant newness, neither does he arrive appreciably pockmarked onstage. If Trump chooses him, the little-used golf ball whiteness of his hair will forever bare second banana associations.

Pence’s choice is a Kierkegaardian precipice in the world of politics, for if he decides to join the billionaire real estate tycoon, he immediately goes from “That’s the Indiana guy with his own brand” to “That’s the guy who ran with Trump.” In one moment, and for all eternity, he goes from alpha male governor to tarmac sentinel.

Right now, he doesn’t bear the encumbrances of a political life lived out in the arena of someone like former Speaker Newt Gingrich, who’s Trump’s second short list candidate. For all his acerbic political wiles, Gingrich has a history as long as the Clintons and the associations of an era gone by. You’d more easily picture Gingrich walking onstage to Guns and Roses than Justin Timberlake.

There are prettier ways of saying it but at 73, he’s old.

Gun to your head: do Trump’s people pick Pence first or Gingrich?

The trick is to pick Pence but ensure his rejection doesn’t leak out there if indeed he does decide against joining the ticket.

You’d almost have to suggest but not ask and let him take the initiative.

Then there’s that third choice, which might appear to be a nonstarter in the minds of anyone other than – apparently – Trump, or the man himself, New Jersey Governor Chris Christie.

Let’s size it up fast.

Downside: high job disapproval ratings; Bridgegate sludge; sluggish statewide economy; the wear and tear of a long political career, including old, less than flattering trappings tied to how he awarded contracts when he was U.S. Attorney; not to mention regional non-viability as the governor of a state not in play (where he;s disliked),  and on and on.

Upside: Loyalty (he endorsed Trump almost immediately after he abandoned his own presidential run;) timeliness, as a former prosecutor he can play the law and order card in troubled historic times; good debating skills and campaign trail tested toughness.

It musty be assumed, both given his public statements and the resistance by many in the Republican establishment to his candidacy, that Trump places a considerable degree of importance on loyalty. With Romney and Bush and the likes of Christie Todd Whitman all sitting on their hands, Trump must value a blue collar animal like Christie, who tore the head off the Marco Rubio campaign the way Mike Tyson once flattened Michael Spinks. If the billionaire’s vetting forces obtain any kind of intel from the U.S. Attorney’s Office that exonerates Christie and they can get it out there this summer, Trump and Christie could rationalize his high disapproval ratings away as – at least in part – the stigma of having the Bridgegate albatross dangling from his neck all these months.

The VP must be able to attack.

Gingrich is lethal. He will relish any chance to intellectually dismantle a rival.

We don’t know much about him.

He radiates blandness in YouTube clips. While it’s difficult to picture him being standoffish from a fight the way, say, John Edwards was in 2004 as he considered his own future run unhindered by stodgy top off the ticket occupant Kerry, neither does Pence look willing at any moment to summon an onstage inner beast.

Gingrich will carve up a Democrat surgically, and in a way that might be under appreciated by a public that craves blood.

Pence appears to lack Gingrich’s needle and thread intellectualism (Bill Buckley acolyte echoes attend Gingrich), and has everything to lose in terms of his own political future by trying to turn into Christie.

Maybe there is sufficient elder statesman residue there for the team to conclude that Newt would be a good contrast for the volatile tycoon. But it’s difficult to picture Trump personally not preferring Christie as that individual of the three most like himself. Again, if they can’t get around the Bridgegate investigation, it’s hard to envision the presumptive Republican nominee choosing the irascible New Jerseyan. But if they can, given the other attributes, it’s almost hard to picture him not picking him.

So here we are waiting for Trump and decision that will conceivably unleash a Pandora’s box of politics in this state.

For if Trump picks Christie, it’s unlikely that Christie will stick around – unless he wants to hear a blizzard of jeers from now until November about him once again abandoning New Jersey. One thing is to wade through that once. But to do it again on a national ticket could create a din that sinks Trump.

There are divergent opinions on the subject.

If he goes, the second barricade presents itself: will he leave prior to September 9th and leave the Transportation Trust Fund (TTF) debacle for others to wrestle with and create a November 2016 general election dynamic for his successor, or will he settle TTF, and leave for full time campaign trail duty after September 9th, thereby allowing LG Kim Guadagno to sit on the throne for a full year plus?

It seems more politically logical for him to go sooner rather than later to give himself a full-time campaign trail berth.

But again – all of that is predicated on Trump picking him, which if you accept any of the logic expressed herein, does not appear extraordinary.