Batumi, Georgia—Political stability is a precious political commodity, one that is often not fully appreciated until it has started disappearing. People who live in unstable countries are familiar with this idea. Authoritarian leaders often build popular support around the notion that they alone can provide stability. This assertion is rarely true, but for populations desperate for stability it is frequently plausible enough.

Recent months have not been good ones for political stability. The pressures of a refugee crisis, an increasingly authoritarian leader, divisions between secular and religious elements within society and recent terrorist attacks, pushed factions in the Turkish military to seek to replace a democratically elected, but less than democratic leader. The effort seems to have failed, but coup attempts in large militarily powerful members of NATO are evidence of global instability. The third major terrorist attack in France in the last 18 months and the fallout from the Brexit vote in the UK suggest that even among the wealthiest and democratic in the world, stability cannot be taken for granted.

Political instability almost always moves from unimaginable to inevitable in a short time. I am writing this piece from Batumi, Georgia, once a Soviet-era vacation spot, but today a resort where tourists from Russia, Ukraine, Iran, Israel, Turkey and elsewhere cavort. I’m reminded that in 1985 American Sovietologists were trying to figure out who this guy Gorbachev was and assuming the country he was beginning to lead was a permanent geopolitical fixture. Ten years later, not only had the Soviet Union collapsed, but most American analysts now understood that collapse to have been unavoidable.

Political instability is lurking on the sidelines of American political life as well. The frequency of extra-judicial killings of African Americans by police from Staten Island to Baron Rouge, the killing of five police officers in Dallas and, perhaps the willingness of Donald Trump to dance up to, and occasionally cross, the line of encouraging insatiably are all evidence of this. The widening wealth gap, a sense among many that socio-economic mobility is limited, and more general racial and ethnic tensions also raise questions about continuing political stability in the US.

There are, of course, good points that both Trump and Sanders have made with regards to these problems. For example, Sanders’s constant questioning of why college education is so expensive for so many, and his proposals for changing that system, have been important contributions to our political debate that might lead to meaningful change. Similarly, a major implicit theme of Trump’s campaign, that orthodox conservatism has done little for the GOP’s base voters is also valuable.

Despite these contributions, the implicit argument that the American system is sufficiently broken that tearing it down entirely would be a good idea, is alarming and strikes anybody who has lived or spent time in unstable countries as abject nonsense. Part of the myopia of being American, whether on the ideological left, right or somewhere in between, and to which both Trump and Sanders appealed, is a lack of awareness of how valuable functioning political institutions, even ones that are slow and divisive, are. Similarly, as difficult as life is for the millions of Americans struggling to survive in this difficult economy, there are still many countries, where things are worse, This includes some of the European countries that Sanders presented through rose-tinted glasses during his campaign.

The U.S. confronts many challenging and momentous political problems. The hardening of class distinctions leading to a majority of Americans living under tremendous economic stress, racial tension that has been more open and raw than has been the case for decades, and a political class in whom many Americans have lost faith are among the problems facing our country. However, it is possible, in fact essential, to understand that while also recognizing that the stability that we enjoy in the U.S. is not only valuable, but a necessary precondition to addressing these problems. 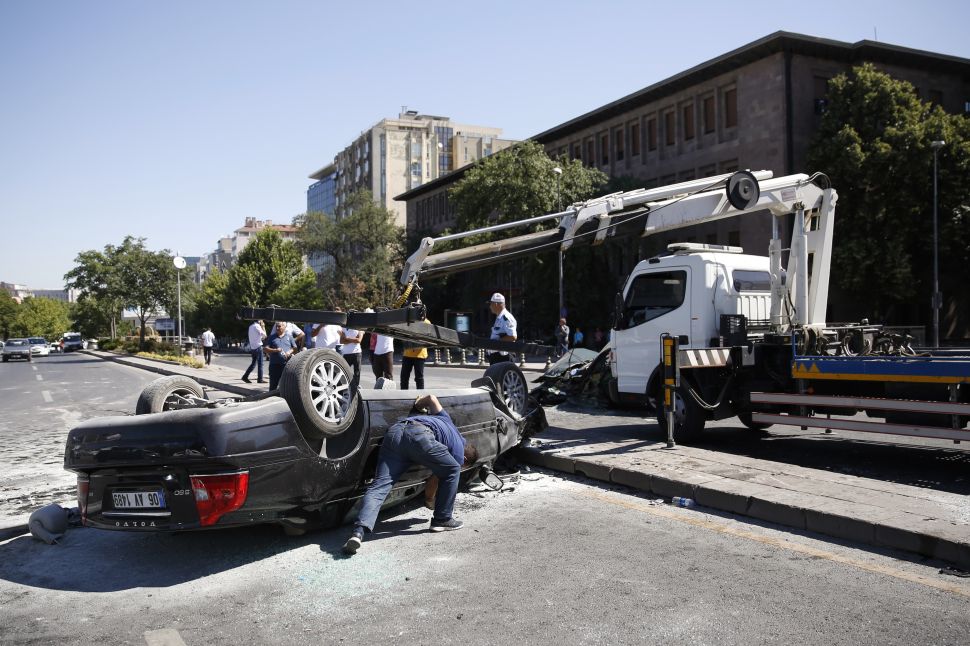