For 200 years there’s been squabble over who rightfully owns the world famous Elgin Marbles: the British Museum or Greece? Now, even Brits themselves are pretty sure the answer is “not us.”

The sculptures were taken (or stolen, depending who you ask) from the Parthenon between 1801 and 1805 by Lord Elgin, British ambassador to the Ottoman Empire, and in 1816 they were purchased by the British Museum following parliamentary approval. Earlier this week, a new bill proposed by members of parliament could transfer ownership of the sculptures back to Greece on the 200th anniversary of Britain’s controversial acquisition of the artifacts, reports the Independent.

“These magnificent artifacts were improperly dragged and sawn off the remains of the Parthenon,” said MP Mark Williams in a statement. Williams presented the bill on July 11 with 11 other MPs across party lines. “This Bill proposes that the Parliament should annul what it did 200 years ago….It’s time we engaged in a gracious act. To put right right a 200-year wrong.”

The legislation also stands to impact future relations with neighboring countries following Britain’s historic vote to leave the European Union on June 23. Andrew George, chair of the British Association for the Reunification of the Parthenon Sculptures, sees repatriation as an opportunity to foster good relationships.

“If we are about the negotiate a decent trade deal with our European friends, the last thing we want to do is to show the kind of raspberries and two-fingers that [Nigel] Farage was displaying in the European Parliament the other day,” George told the Independent. “And there could be no better demonstration of that generosity and graciousness than to do what would be the right thing by the Greeks.”

Former U.K. prime minister David Cameron has been a major hurdle in repatriation efforts in recent years. The leader opposed returning the sculptures, and in 2011 went so far as to jokingly say Britain wouldn’t “lose its marbles” during a statement on bailing out the Greek economy.

The British Museum has also taken a firm stance against returning the sculptures to Greece, where they would be joined with the other half of the surviving Parthenon artifacts currently in the collection of the Acropolis Museum. A statement on the museum’s website reads:

The Parthenon sculptures in London are an important representation of ancient Athenian civilization in the context of world history…The Trustees are convinced that the current division [of the sculptures] allows different and complementary stories to be told about the surviving sculptures, highlighting their significance within world culture and affirming the place of Ancient Greece among the great cultures of the world.

However, recent public surveys by the Times of London and market research group Ipsos-Mori have indicated that a majority of the British public favors repatriation. 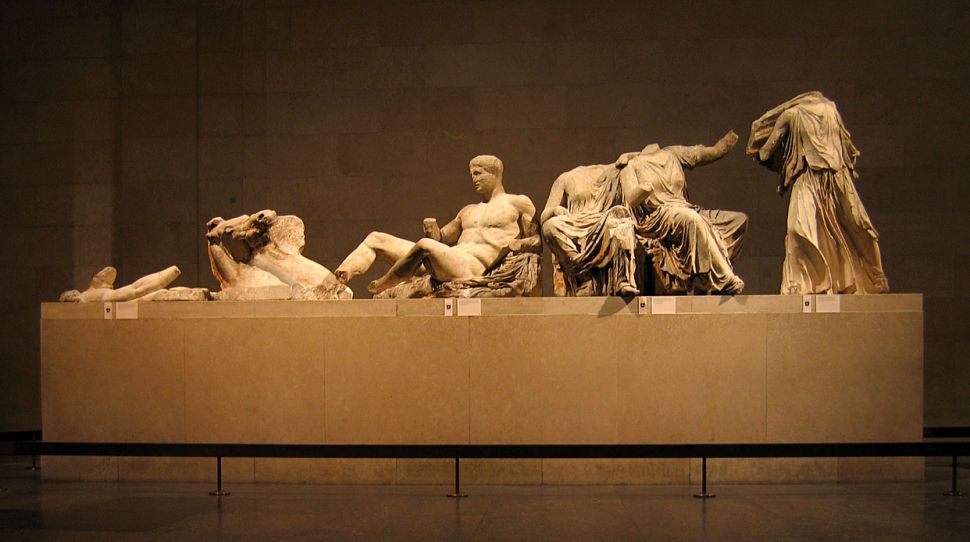