The most interesting part of UnREAL has always been the dichotomy between Rachel and Quinn. The two push and pull, simultaneously bringing out the best and worst in each other. Quinn is representative of both everything and nothing Rachel wants to be, and Rachel functions as Quinn’s supremely talented, supremely disturbed pseudo–daughter.

In “Casualty,” the two are pushed together in an explosive chaos, rendering the Shiri Appleby directed episode by far the best of the season.

The episode picks up after Jeremy’s attack on Rachel. She lies almost catatonic—save for some stray tears—slumped over on a mess of evening gowns, surrounded by tulle and chiffon. Chet calmly rebuffs Rachel’s insistence that the two go to the police, reminding her that Jeremy knows all of the inner workings of Everlasting, some more legal than others. A trip to the police would cost the show, and ultimately Rachel, dearly.

In one of the many fantastic sequences of the episode, Rachel jerkily circles and photographs each of her bruises, and then conceals them. It’s manic and choppily edited, a dark introduction to the episode and a smart directional move by Appleby.

Rachel returns to set, hell–bent on convincing Darius to choose Beth Ann as his hometown date. Repulsed by the idea of spending the night in the Deep South, Darius rejects the idea. A tearful protest from Rachel results in Darius’s surrender, and the attention of most of the set.

While Rachel begins to crumble, we see Quinn rise quickly to the top. Equipped with a new British beau, Quinn appears to be genuinely happy—even at her father’s funeral. Yes, the setting is unorthodox, but the ice cold Quinn melts with John, as she informs him that she intended to use him for professional gain, but instead finds herself enamored.

It’s a wonderful use of opposites—Rachel deteriorating on one end, and Quinn glowing on the other. It’s also a wonderful means to resolve the growing dispute between the two. No matter what tensions exist between them, Quinn is quick to call Rachel and demand she return from the hometown date in Alabama. It reminds us what we’ve known since the start of the show: no one knows Rachel better than Quinn, and the icy producer is fast to realize that Rachel is a ticking time bomb given the trauma inflicted by Jeremy.

And what a time bomb she is. Rachel swirls around the set, manic, chewing her nails and speaking incessantly. She can’t help but hide a grin when Beth Ann reveals she’s pregnant by her ex–boyfriend, and Rachel is quick to convince her that a reveal in front of her whole family (and Darius) is the only way to clear the air. Beth Ann gamely plays along, but shortly after the revelation, her ex (cajoled by Rachel) shows up and proposes. It’s a huge disaster, but for Rachel, it’s a victory. Work is the only thing that distracts her, of which Coleman is painfully aware. When Quinn calls Coleman and berates him, demanding Rachel come home, she quickly realizes he doesn’t even know about Jeremy’s attack. Disturbed, Coleman returns and demands that Rachel press charges, but Chet and Quinn have already convinced her otherwise.

While Mary Ann unravels in Alabama, the remaining girls are treated to a new segment of “Truth of Mirrors,” a Dr. Wagerstein–led, alcohol–fueled therapy group. While the girls go around and reveal why they believe Darius didn’t pick them for a hometown date, Madison quickly informs Chantal of Tiffany’s brief romp with Romeo. The reveal turns into a turn against Tiffany, complete with spinning, dizzying camera movements—another good choice made by director Appleby.

During eliminations, Beth Ann is removed from the show. Darius, considering her tearful plea, promises her unborn child a college fund. A generous move, but fueled by an intense disgust with both Rachel and the show.

And while Quinn has a rare showing of kindness for most of the episode, she can’t help but be convinced that Coleman is the root of her (and Rachel’s) problems. In an attempt to drive Rachel away from Coleman, Quinn enlists Adam, both a former Everlasting suitor and Rachel’s prior love interest. Adam, your blonde-ness and Britishness is a welcome reprieve from Coleman’s dark brood and talk of documentaries. We welcome you back with open arms. Do your worst. 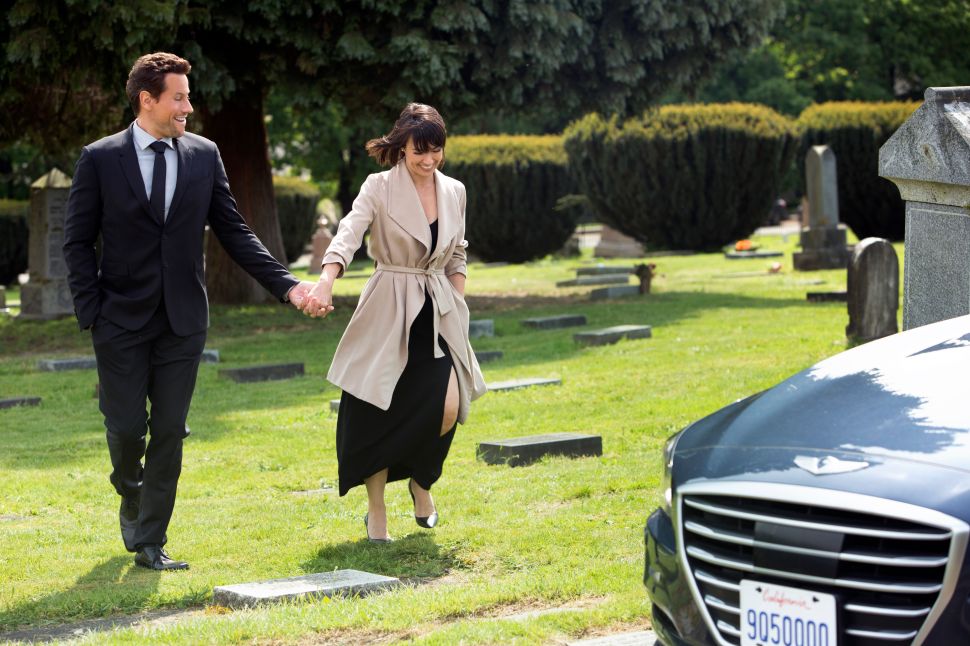