Every television show usually has one “bottle episode”—an episode meant to save money. There was Mad Men’s “The Suitcase,” undoubtedly one of the best episodes of the series. One can also consider Breaking Bad’s polarizing (but still widely lauded, this is Breaking Bad after all) third season episode, “Fly.”

Then, there’s UnREAL’s “Fugitive.” I don’t know if this was intended to be a bottle episode. Considering the several lavish Everlasting sets used in the episode, the show might have actually tipped slightly over the budget. But there was something about this episode that felt like a throwaway. The plot was messy and scattered, and missed several crucial emotional pulls. The entire premise of the episode is that Darius, having checked out of the hospital, has gone missing. His back surgery—which happens off screen—fails, and with his football career over, he disappears. Everlasting therefore grinds to a halt, and the crew scrambles to throw together some makeshift episode. I can’t even bother to point out the irony there.

Rachel, having reached out to her psychiatrist mother, is seen curled up in a ball, tucked away in a psych ward. She hasn’t had time to process Romeo’s shooting, mostly because her mother has immediately stuffed her with a wild concoction of drugs. After visiting Rachel and professing his love for her, Coleman escorts his addled girlfriend out of the hospital.

However, his intentions aren’t as pure as they appear to be. After being caught using Coleman’s computer, Yael confesses that she is a journalist, working on a story about being a contestant on the show. There are two major problems here, the first one being how willing Yael was to admit she was a journalist. Was there no screening process here? Coleman didn’t even ask her if she was a journalist; she admitted it openly and fairly easily. I feel like the first question on an Everlasting application should be, “are you a journalist?” To which Yael, most likely, would have answered, “oh yes, most definitely.” Because that is how bad she is at her job. Secondly, the title of her piece is “Reality TV Kills.” That is a boring, bad headline. Shame on you, Yael. Oh, and I’m adding a third thing. How has Coleman not noticed the emails that were clearly being exchanged between Yael and her bosses on his own laptop? That’s just sloppy.

Yael insists that her piece (accompanied by her winning the competition) could actually do some social good. She’s already had Jeremy admit to the homicidal origins of Mary’s death from last season, and she knows that Romeo being shot will only amplify the story. Coleman, being the pretentious documentary maker that he is (in no offense to any documentaries), salivates at the idea of unleashing social justice on the world through Everlasting.

So, Coleman leads a barely lucid Rachel to his office, and records her confession—in which she discusses her involvement in both Mary’s death, and Romeo’s shooting. Quinn, Olive, and an accompanying doctor walk in on the confession, but Olive panics when Rachel reveals that she truly does need to talk about something. Later, during a conversation with Coleman, Rachel admits that she’d been raped by one of her mother’s patients as an adolescent, and to protect the practice, Olive took on Rachel’s medication and treatment.

It’s an emotional revelation that feels rushed and under baked, much like the rest of the episode. Darius tearfully meets up with Ruby and professes his love for her. He is rebuked, and her dismissal of his proclamation doesn’t seem to bother him all that much. He is easily coerced back into the show by Jay, and arrives to promptly cut Jameson (because she is a cop), and take Tiffany out on a date—without football, Darius will need something (a beautiful blonde wife) to keep him in the spotlight.

There’s too many infuriating parts of this episode. Tiffany and Chet share a kiss that is… what’s a slightly weaker word for repulsive? Because it was that. Madison is so, so irritating, and insists on wearing a croptop and braids to work. Which is unprofessional. And I hate her. Quinn decides within an episode to have children with her newly minted British beau. It seems as though this was the episode for lazily tying up loose ends, and the result was a clumsy misstep. 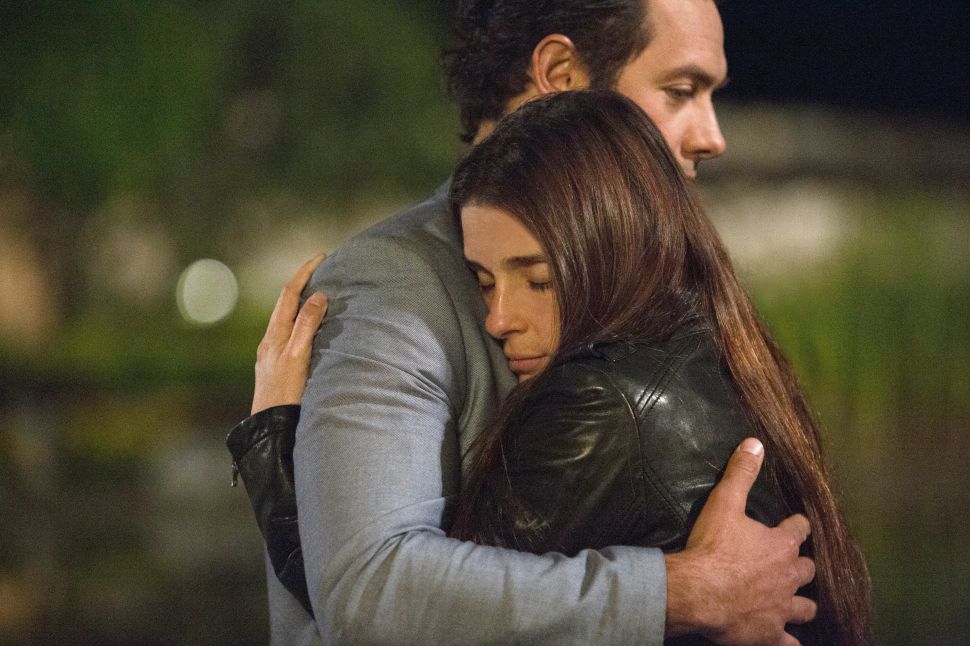