After 130 years of speculation and guesswork, we now know the beneficiary of Vincent Van Gogh’s ear, which he cut off with a razor in 1888 at a brothel. The recipient was a young woman named Gabrielle Berlatier, with whom it seems Van Gogh was acquainted, and not a prostitute, as had previously been assumed in some quarters.

She was a farmer’s daughter who lived north of Arles, France, and she received the ear when she was working as a maid in the brothel where the dismemberment incident occurred, the Art Newspaper reported. This is probably one of the best kept—yet most searched for—secrets in art history.

The 18-year-old was mentioned in Bernadette Murphy’s Van Gogh’s Ear: The True Story, which was published last week by Chatto & Windus. Using a database of over 15,000 people who lived in Arles in the 1880s and a detective-like attitude to research, Murphy identified the girl, known only as “Rachel,” to whom Van Gogh vouchsafed his severed ear the night of December 23, 1888. Murphy stayed faithful to the promise she had made to Gabrielle’s descendants, writing that “Until I am given permission by the family to reveal her surname, I will respect their wishes and keep it private.”

Thanks to the snooping undertaken by The Art Newspaper, however, the woman’s identity has now been unearthed. Her name was found in the records of the Institut Pasteur in Paris, where she had been ministered to for an almost fatal case of rabies. Her left arm having been mauled by a dog on January 8, 1888, Berlatier was subject to an agonizing burning and decontamination procedure with a red-hot iron. Later, in Paris, she received a recently developed anti-rabies vaccine, which saved her life.

Berlatier’s medical treatment probably would have cost a large sum of money, the Art Newspaper report notes—a sum too large for a farmer’s daughter, which might mean she had to take work wherever possible. This goes some way to explaining why she was working at a brothel at 1 Rue du Bout d’Arles, as a maid, the location where Van Gogh was found with his ear somewhat detached.

Why would he give his ear to an eighteen-year-old girl, who already had her fair share of suffering and trauma?

There is further information pointing to Berlatier possibly having worked as a cleaner at the Café de la Gare, owned by Van Gogh’s friends Joseph and Marie Ginoux. The artist had a room and stayed there for almost half a year in 1888. The fact that Van Gogh and Berlatier encountered each other in all likelihood on numerous occasions is indicative perhaps of Berlatier being more than just a “casual acquaintance of the artist,” the paper said, though the nature of their relationship is still unclear.

Pushing past the multitude of questions over just why Van Gogh cut off his ear in the first place, we wonder why would he give his ear to an eighteen-year-old girl, who already had her fair share of suffering and trauma? “Now we know the person, we can possibly find out more in future about the incident,” the Art Newspaper author, a Van Gogh scholar, points out.

In the end, Berlatier lived a long life—and she kept this distressing secret to herself, heightening the eeriness surrounding the mystery. 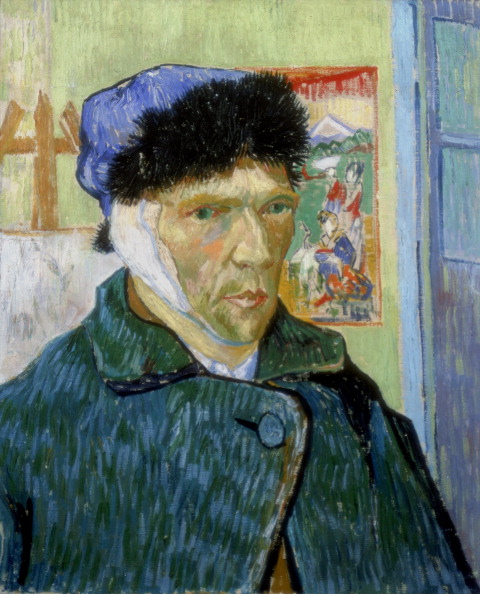