As we head into the major party conventions, the buzz is now beginning to center firmly on which individuals the major-party presidential candidates will select as their vice-presidential running mates.

We are told that the candidates must carefully weigh which running mates can best maximize votes: by firing up the base, shoring up the presidential candidates’ perceived weaknesses, or at the very least, bringing in a crucial swing state for the ticket.

And yet, for all the hue and cry about the merits or demerits of the various contenders—whose names are invariably leaked to the media as trial balloons to test their reception—there is really no credible evidence that the number-two pick makes any kind of significant difference to the outcome of an election, or even in the running mates’ home states.

We can make that determination just by reviewing the selections of running mates over the last dozen election cycles, dating back to 1968. During that time, 17 vice-presidential candidates have been selected, and only one of those 17 selections—Al Gore in 1992 and 1996—came from a state that reasonably could have been seen as a closely contested state heading into the conventions. Even Gore’s Tennessee had gone Republican in eight of the 10 prior elections, as it would again when Gore headed the Democratic ticket in 2000.

Since 1976, Republicans have selected seven running mates, and only one—Paul Ryan in 2012—hailed from a state that was anywhere close to being competitive. Ryan did not move Wisconsin out of the Democratic column, as the state went decisively to Barack Obama. And while Maryland went against its normal inclinations to vote Republican in 1972, 48 other states did so as well, as Richard Nixon cruised to a landslide reelection over George McGovern. It can hardly be suggested that Nixon’s vice president, Marylander Spiro Agnew, made the difference in his home state. In fact, his presence on the ticket four years earlier did nothing to move Maryland from its traditional Democratic moorings.

Over the last five decades on the Democratic side, only once could a case be made that a vice-presidential pick clearly moved even a single state out of orbit. In 1968, Hubert Humphrey selected Maine Sen. Edmund Muskie as his running mate, and ultimately captured Maine’s electoral votes. While Maine today is solidly Democratic in presidential elections, this state was staunchly Republican at the presidential level from 1852 to 1992, going Democratic a total of three times in 35 elections. So it would be reasonable to assume that Muskie made a difference in his home state—but, if true, this was clearly an exception to the rule.

The people who advise on the selection of running mates are generally intelligent and understand politics. If the selection of a running mate truly mattered to the outcome of an election, why would the overwhelming majority of number-two picks, going back decades, hail from states whose outcomes were in no doubt whatsoever?

Certainly if a running mate was thought to have any impact, it would have been a no-brainer for George W. Bush to have selected Pennsylvania Gov. Tom Ridge in 2000 rather than Wyoming’s Dick Cheney. Pennsylvania, with 21 electoral votes at the time, was closely contested; Wyoming, with a mere three electors, has been staunchly Republican since 1964.

It would also be fair to say that very few of the candidates selected as running mates over the last five decades have provided significant excitement to their parties’ base voters. The most “exciting” picks during this time were significant largely because they were women: Republican Sarah Palin in 2008 and Democrat Geraldine Ferraro in 1984. But in both cases, their selections could generally be seen as “Hail Mary” plays by losing candidates who needed to shake things up. Palin clearly did not add anything electorally to John McCain’s ticket, as her home state of Alaska has been reliably Republican since 1964, and Ferraro could not prevent her home state of New York from going Republican in Ronald Reagan’s 49-state landslide.

As to shoring up weaknesses, real or perceived, of the presidential candidates, it was thought that Cheney and Joe Biden provided foreign policy heft to Bush and Obama, respectively, and that Gore provided policy-wonk and environmental chops to Bill Clinton. Whether this made any difference to very many voters is not easily quantifiable. But even that much could not reasonably be said of any other vice-presidential candidates chosen over the last five decades, many of whom were simply career politicians who were thought to be safe picks.

So, as we continue to hear about the impact of the vice-presidential selections on the upcoming election, remember that the real story is the presidential candidates. They are the candidates the voters are ultimately voting for in the end. Aside from perhaps the running mates, their close friends and their family members, nobody is going into the voting booth to vote for the vice president of the United States. Polling regularly shows that up to a third of the American public, when surveyed by pollsters, cannot even name the sitting vice president.

The most important consideration, for every presidential candidate, is to pick a running mate who can plausibly step into the presidency if it becomes necessary. Nothing else really matters, regardless of how much time the talking heads spend chattering about it. 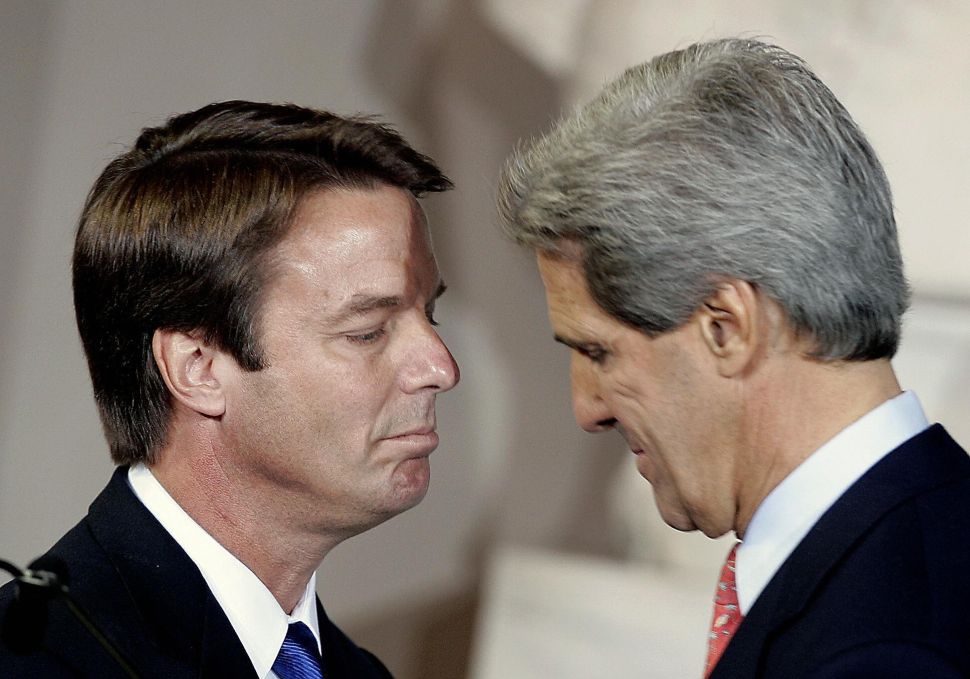