What began as a movie nearly ten years ago is now coming to TV. Although the wait was long, it was absolutely worth it, says Vice Principals creator, Jody Hill.

The series is a dark comedy about two high school vice principals, Neal Gamby and Lee Russell, who engage in an epic power struggle vying for the top spot, the principal’s job.

Hill, along with his longtime friend and collaborator Danny McBride, cooked up the idea because they wanted to tell what they consider a universal story. “Nearly everyone has been to high school, so it’s something everyone knows and has memories about, but what’s different here is that this isn’t about the kids, we’re following the adults, who are acting like children, to get what they want.”

Explaining the transition from a feature film to an extended series, Hill reveals, “It didn’t work as a movie because there was just so much about these characters that we wanted to tell. When we extended it, that’s when it really came alive”

Hill believes that although it’s taken so long to get to the screen the timing for the release of the series couldn’t have worked out better. “We didn’t plan on it taking all this time, but it might not have worked as a series years ago because people didn’t invest in TV the way that they do now.”

Hill is quick to explain the different between Kenny Powers and McBride’s new role as Neal Gamby. “I think this is a lot different from Eastbound & Down, but if you liked that you’ll like this too. The thing is, I think this will appeal to more people because Gamby has a goal and he cares about the school more than he cares about himself whereas Kenny Powers only wanted narcissistic things. Gamby isn’t the worst person to walk the earth – I think there’s a humanity that you get with him that you didn’t get with Kenny Powers. All of that makes this very different.”

Another aspect that makes this series different from Eastbound & Down is the addition of an active rival for Gamby in the form of Russell, played by Walton Goggins. “The two of them working together makes this more of a two-hander.”

That ‘frenemy’ relationship is at the core of the series and makes for an interesting statement about what’s really going on in this school, says Hill.

“When you think of high school you think of the kids acting out, but in this case it’s these adults who are constantly doing outlandish, really unacceptable, things and it makes for some really outrageous comedy,” clarifies Hill.

Talking more about the relationship between the two characters, Hill says, “Neal’s in charge of discipline, while Lee’s in charge of curriculum so Lee acts like more of an elitist, but he also has this really cruel mean streak and he leads Neal to some very dark corners.” He laughs as he says, “There is really fucked up stuff in this. We go big early with some really crazy stuff, and it’s very funny. I’m laughing just thinking about it!”

In an unusual move, the exact length of the series has already been determined, with an announcement from HBO that the series will be just 18 episodes and done. Hill explained this decision, saying, “I think even in good TV there’s always a point where, if you try to do something too long, it goes sour. The [producers] have to come up with reasons to keep it going and that leads them to do crazy things, like say, ‘let’s send the characters to space!’ We knew going into this that we wanted to tell a story with a beginning, middle and an end that really works, so that’s how we set it up.”

Hill, McBride and their creative team were able to write and shoot the entire series before it’s debut, something that’s unusual in the television world. Hill believes that there are benefits to producing a series this way, saying, “I think when a series is in production while it’s airing, it can get affected by a lot of different people in a lot of different ways. They’re looking at who’s the star, what jokes are popular, are people coupling up in a realistic way, and overanalyzing and critiquing all of those things. When that happens you can end up trying to shift things based on all of that and that can affect the shaping of the show and sometimes it send everything in directions that don’t make sense. When you do it the way we’ve done it, you can set a course and know where you’re going and really work to make that journey the best it can be. Yeah, it’s unusual and we’re really lucky to get to do it this way, but I think, at least for us, the benefits of the process show in the finished product.”

Though the writing was pretty complete prior to production, there were some tweaks made along the way, admits Hill. “We had these strong scripts as our foundation but we did do some improv in certain scenes. The important thing in each scene is that it makes the point or goes in the direction that it needs to go, but how you get there is open for some interpretation so if we can find a funnier way to do it when we’re shooting it, then we do it.”

In advocating as to why viewers should make an appointment to watch Vice Principals weekly, Hill offers this, “You know in music, we all like stuff that we can tap our toes too, but that at the same time is weird enough to keep your parents away so it’s sort of all yours, this is like that – it’ll keep you interested because it’s funny, but it’s different enough that it’s not the same old thing that you see in every comedy. We’ve been working a long time to become craftsmen in storytelling and we’re using those skills here to give you a story that’s unique and interesting and funny. If that’s what you’re looking for, then you should definitely watch. I think you’ll really like this, and I know that you’ll laugh, and who doesn’t like to laugh?” 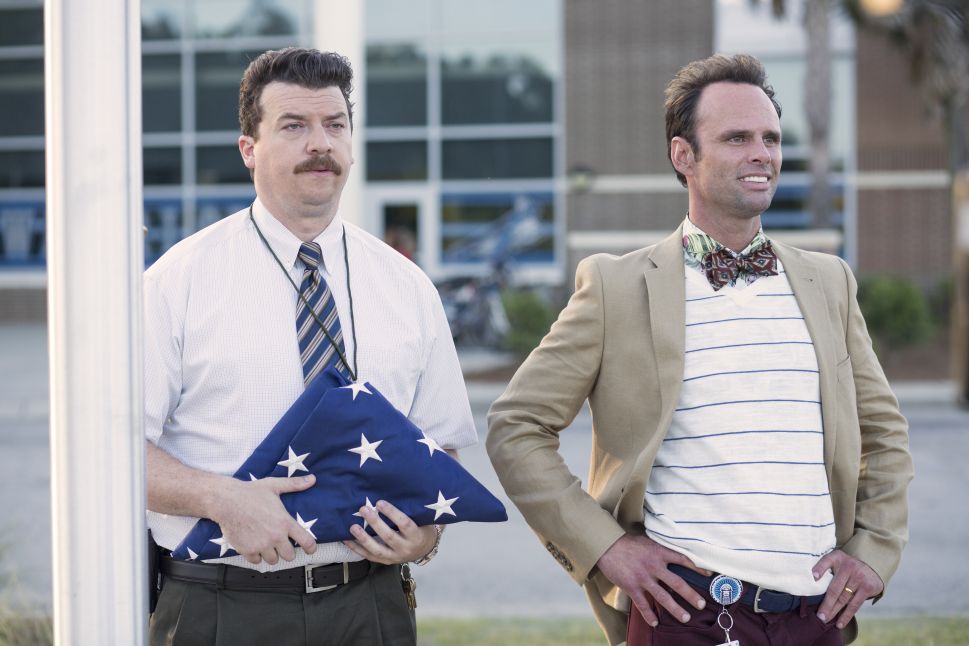