They said it looks, cooks, smells, sizzles, tastes and even bleeds like ground beef, and they were right. The Impossible Burger, the buzzed-about burger from Silicon Valley lab Impossible Foods—which Bill Gates invested in and Google already tried (and failed) to buy for $300 million—is indistinguishable from ground beef. I tried it, and if I hadn’t been told what I was eating, I definitely would’ve been fooled. I can’t say it was the most delicious burger I’ve eaten in my life, but it was very good and far surpassed my expectations for what a 100 percent plant-based burger that’s suppossed to imitate meat would taste like.

After five years in development, Impossible Foods founder and CEO Patrick Brown, a former Stanford biochemist, unveiled the burger at a launch event today at The Refinery Hotel in New York. Alongside him were partner and food scientist Harold McGee as well as chef David Chang, who, starting tomorrow, will serve the imitation burger with a side of fries at Momofuku Nishi in Manhattan for $12. This is the first time the plant-based burger will be regularly featured on a restaurant menu.

“I finally got to taste it a few months ago and had this revelation of what it might be like. It was so delicious I had to support it,” Chang said.

Opting for one instead of a regular beef burger will save 75 square feet of land, enough for a 10 minute shower and the amount of greenhouse gasses emitted into the air from an 18 mile drive.

While the Impossible Burger is the product of a Silicon Valley food science lab and is already $80 million in the making, no new technology or product was invented to create it. Those resources have simply gone to figuring out, on a molecular level, what makes meat so delicious. With the exception of one ingredient, a molecule called leghemoglobin or “heme,” everything  in the “meat” can be found in most kitchens—the main ingredients are: , coconut oil, protein from wheat and potatoes as well as natural flavors and micronutrients.

“My work as a professor at Stanford Medical had absolutely nothing to do with food, but I wanted to choose the most important project I could work on with the biggest possible impact on the world,” Brown said. “One of our biggest problems is the clash between our food system and the environment.”

The demand for meat goods is skyrocketing, and the way we produce these products is one of the biggest sources of greenhouse gasses in the environment. The Impossible Burger may be the solution. Opting for one instead of a regular beef burger will save 75 square feet of land, enough for a 10 minute shower and the amount of greenhouse gasses emitted into the air from an 18 mile drive.

In order to have the effect on the planet that Brown hopes for, making the “meat” affordable was a prime concern. Currently, it’s priced similarly to organic ground beef. And while the Impossible Burger has been the focus and will be the first way for the public to try the meat, it can be used for any dish you’d prepare with ground beef from tartare to meatloaf. And when  you cook it, you can choose how you like it cooked from rare to well-done, just like ground beef. 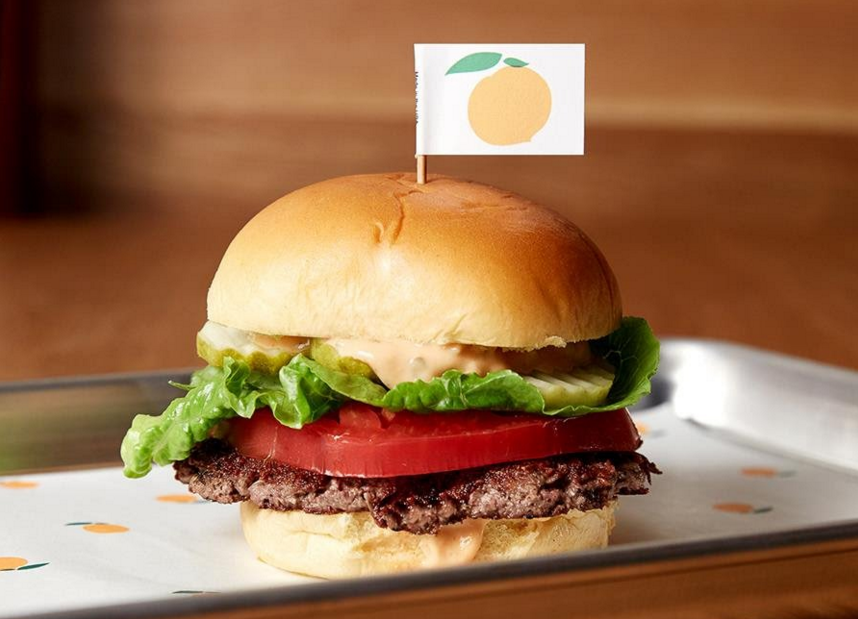