“This is the new normal.”

“There are no solutions to this.”

“Who are we going to declare war on?”

“What good comes from slowing down immigration of people from the Middle East?”

This is what we are hearing from the so-called smart pundits on the news this morning after a butcher dragged and crushed innocent people down a street for a mile in Nice France.

This is just the latest battle in a global war being waged against anyone that is not willing to bow down to violent radical Islamism.

We need to get in this war with all our might and bind the entire world together to hunt down the cowards that subscribe to the twisted ideology of radical Islamism. This ideology cherry-picks violent concepts from Islamic culture and various other sources in order to validate the actions of cowards.  Violent radical Islamists do not follow the real message of the Quran. Its time our Muslim allies around the world make this clear. Say it every day with no caveats. Call them by precise language. Admit they are ideologues subscribing to radical Islamist political/religious views; that are an anathema to peace seeking Muslims.

If you are not willing to identify and publicly declare who the enemy is…you have not even begun to fight this war.

I do not accept that this is the new normal in the world. We cannot let a small percentage of the world hold the rest of us hostage to the threat of terror and mass murder. We must be able to live our lives without constant fear of going to a public place. Concerts, sporting events, patriotic celebrations, and just going to work must not be a time we live in fear anywhere in the world. We can turn this around if we are willing to get serious. That’s why I wrote my book.

There are solutions to the global problem of murder by violent radical Islamists. The first solution is to understand the enemy that has declared war on the entire world. If you are not willing to identify and publicly declare who the enemy is, as if he is some kind of Voldemort figure, you have not even begun to fight this war.

We must get the entire world, especially the government and religious leaders across Africa and Asia, to publicly and loudly declare that ideas of violent radical Islamists are evil and not in line with the true teachings of Islam. As a wise Muslim scholar once said, “Islam is not a religion of peace; or war. Islam is a religion, just like any other. Peace and war depend on one’s interpretation and ends.” We must identify the enemy that has declared itself judge, jury, and executioner. Identify the enemy that kills Muslims by the dozens everyday around the globe in the name of their twisted ideology.

We must identify the enemy’s supporters. Those who fund, arm, or provide sanctuary to radical Islamists must be hunted aggressively. We must publicly name anyone that teaches the twisted ideology of violent radical Islamism. These promoters of bigotry, hatred, genocide, and violence cannot be allowed to hide behind freedoms of expression globally. There are prayer leaders and hate-filled texts distributed online and in books and pamphlets that are teaching evil to our young people. Some of the people brainwashed by these sick cowards are just learning to read; the youth are being mentally twisted.

Our media distracts and confuses the public by endlessly debating the connections of these murderers to various organizations. Let the security experts worry about the connectivity of the networks.

We must stop the media from getting caught in the trap of spending valuable time trying to connect people to ISIS every time there is an attack. It’s a global ideological movement. Worrying about how a killer is connected to any particular radical Islamist organization is important to the security apparatus and allows us to hunt down the networks. But if the network connection isn’t obvious that doesn’t mean it’s not the same global movement. Our media distracts and confuses the public by endlessly debating the connections of these murderers to various organizations. Let the security experts worry about the connectivity of the networks. ISIS has changed the rules. They established a caliphate by force. They spread their ideology through new propaganda and recruiting techniques. They have put the social networks of the world to work for them. If an attacker is a violent radical Islamist, they are on the enemy’s team and they need not wear the jersey to play in the game.

We will declare war on those who have declared war on us. The religion of Islam has not declared war on the world. Those who would twist a few ideas taken from Islamic history and turn it into a call to wage mass violence against anyone that doesn’t think like them are the enemy. We can call them violent radical Islamists. They subscribe to a very extreme version of a political-religious ideology called Islamism and they are brutally violent. Radical Islamists have declared a brutal war on the world.

By segregating this small segment of violent sociopaths from the over 1.3 billion peace seeking Muslims around the world we can help those peace seeking Muslims to protect themselves so they can win the battle for the soul of Islam that is occurring today.  They need a partner that understands what they are facing.  We will provide support to the Muslim leaders that stand publicly with sincere resolve against radical Islamist violence.

I learned long ago in my military and intelligence career that if you listen to your enemy he will tell you a lot. I have talked personally with violent radical Islamists and I listened. That’s how we transformed one of our most capable special operations units into a more lethal organization and used it to hunt down and decimate Al Qaeda in Iraq. We must listen now to the enemy and reshape our government and our international organizations to meet him on the battlefield. If we listen and we adjust we can win this war by overmatch.

We must identify the enemy, understand them, adjust our strategy, build stronger international teams, and hunt down these evil killers relentlessly.

When ISIS tells us they are going to smuggle their fighters into countries around the world inside this current mass migration we should listen. It’s logical to slow down all immigration processes to ensure everyone can be screened and those we are suspicious of can be watched if we can’t find hard evidence to stop their migration.

We do not need to live like this. We can unite the world to help all peace seeking people to undermine the ideology of violent radical Islamism. These cowards are selling slaves, raping young girls and boys, crucifying, burning, drowning, mowing down people with cars, and many more despicable acts.

We must identify the enemy, understand them, adjust our strategy, build stronger international teams, and hunt down these evil killers relentlessly. Anyone who supports them in anyway must be dealt with in the harshest of ways. This is war.

Words matter and we must be specific. We need to be disciplined in our use of the terms radical Islamism. This term separates over a billion Muslims from the enemy that butchered the innocents in Nice. We need to help the peace seeking Muslims of the world to root out this cancer. The Muslim world must be ready to stand up and protect themselves, knowing that we will back them when they do. Modernization in the Muslim world need not necessarily mean Westernization but it must include respect for all human rights especially women’s rights and religious freedoms.

We can’t be afraid. We must lead the world. We can do this.

Lt. General Michael T. Flynn spent more than 33 years in Army intelligence, working closely with Generals Stanley McChrystal and David Petraeus, Admiral Mike Mullen, Director of National Intelligence James Clapper, and other policy, defense and intelligence community, and war-fighting leaders. Flynn has coordinated on-the-ground operations in Iraq, Afghanistan, and elsewhere, built reliable intelligence networks, and prepared strategic plans for fighting terrorism. He is the co-author of The Field of Fight: How We Can Win the Global War Against Radical Islam and Its Allies. 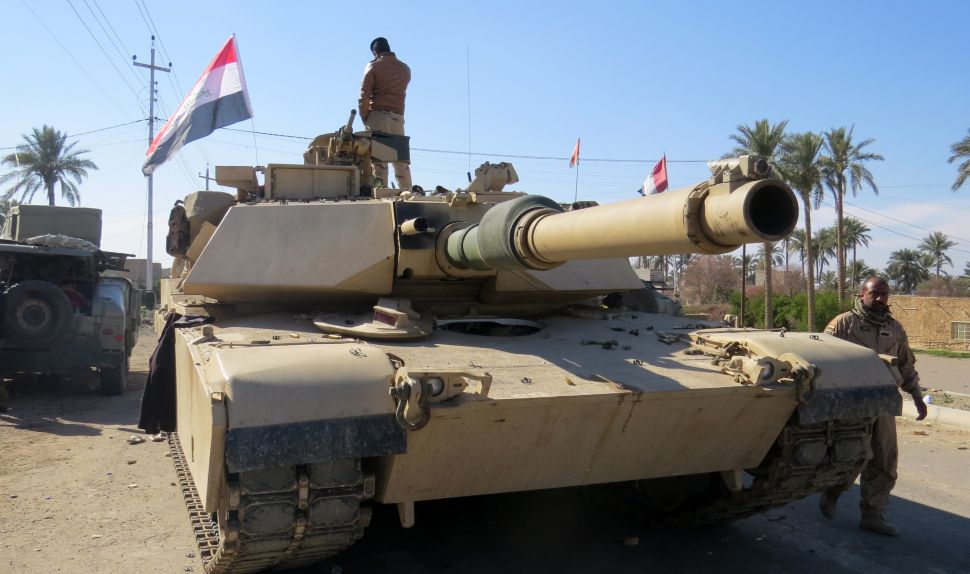