This story sounds like a tall tale from Canada’s Far North, but it’s completely true. It involves a watermelon, some frustrated locals and one stubborn grocery store. And it reveals a few universal – but all-too-often overlooked – business truths.

Years ago, a friend of a friend of mine was living in the Yukon. He spent some time north of the Arctic Circle, in a tiny community that was only accessible by plane (except when the ice road was open in winter). One day, an unexpected delicacy showed up in the local store: a watermelon.

They don’t really grow much in the Yukon. Food has to travel a long way – by plane – to get there. As a result, everything is expensive. Eggs are $8 a dozen at the local grocery store. Apples are around $6 a pound. Soft drinks are a luxury. Everyone is used to these prices (though no one likes them). But this watermelon was in a class of its own.

The day it arrived, the store put it out on the shelf at a price of $85. Needless to say, this was out of reach for most residents. So community members came up with a logical fix: They asked the grocer to cut it up and sell the watermelon as slices. At the end of the day, the store would still make just as much money (if not more), and everyone could afford to try a piece.

The store wouldn’t budge. For whatever reason, it wouldn’t slice up the melon. Residents tried to convince the manager otherwise, but to no avail. One day went by. Then another…and another. No one was willing to pay for the whole watermelon. And the store wasn’t backing down.

So there it sat, day after day in the produce section. It was summer in the “land of the midnight sun,” with 24 hours a day of sunshine. Slices of juicy watermelon would have sold out in an instant. In the end, however, the rare and precious fruit was left to rot on the shelf – unbought and uneaten.

What does this story have to do with running a tech company (or any business, for that matter)? A lot, actually. I first heard this years ago, and it’s stuck with me as a perfect cautionary tale for so many entrepreneurs. In the saga of the Yukon watermelon, we see three of the worst entrepreneurial bad habits converge: inertia, ego and fear.

The deadly pull of inertia

I’m not exactly sure why the store wouldn’t slice the melon. But part of it had to be simple inertia. They had a system place and they were sticking with it. Their approach had worked up until then, so there was no reason to change course. Inertia is equal parts laziness and complacency…and in the end it’s a surefire way to kill your business.

The past is no predictor of the future, after all. Successful companies are constantly questioning their processes. They’re always gathering customer feedback and finding ways to tweak their offering to better meet demand. Yes, this requires more work and sometimes means going back to the drawing board – but that’s the nature of growing a business.

But this isn’t always easy. I’ve experienced the pull of inertia firsthand at Hootsuite. From the beginning, we offered an “enterprise-level” version of our social media management platform to large companies, with a price tag to match. For smaller companies, we offered a pro plan, with fewer features and a much lower price tag. The problem was that lots of companies were stuck in the middle. We’d get requests all the time for a mid-level offering that straddled the two plans.

But we ignored them. We refused to slice up our watermelon, so to speak, to meet customer demand. We were stuck in our ways and, as a result, we were missing out on a big chunk of business. Fortunately, we didn’t let our melon rot. Recently, we essentially cut our enterprise product into slices and introduced a new “business” plan that includes social media training, advanced functions for big teams and other asked-for features, at a more modest price tag. And it’s quickly become a very in-demand product.

The insidious influence of ego

I imagine the grocery store’s inertia was compounded by another factor: ego. The store was essentially the only game in town, and it had been for a while. Because it had been so dominant for so long, a degree of arrogance had crept in. They simply couldn’t be bothered by customer requests. Like it or not, residents had to buy from them.  And besides, they knew what they were doing…who were these pesky shoppers to tell them how to run their store!

This kind of arrogance has been the beginning of the end for countless promising companies. For years, BlackBerry executives insisted that they had a lock on the smartphone market. They got in early, had a huge head start on technology and had secured contracts with every big business out there. So what if some users complained that the buttons were too small or the software was clunky. RIM had practically invented the modern smartphone and could afford to ignore a few naysayers.

Of course, we know how that story ended. The reality is that business is ruthlessly Darwinian. Even loyal customers will only put up with so much. If there’s a better or cheaper option out there – or your product is just too much of a headache – people will jump ship. In the case of the grocery store, there had been a long history of high prices that seemed unfair. The $85 watermelon was the tipping point. Behind the scenes, I’m told, residents got together and made a pact to boycott the melon. They did have another option, after all: not buying anything.

We saw a similar drama play out at Hootsuite…and luckily got to the issue in time. Overtime, our user interface – the “dashboard” that users see each time they log in online and check their social networks – had grown seriously out-of-date. But we delayed updating because…well…we thought our product overall was pretty hot stuff and had bigger priorities. But when users began tweeting us to say our interface was “really just awful,” “needs to be on Extreme Makeover” and, even, is “a piece of sh*t” that “f**cks my personal sense of well being,” we realized we had to do something. Our engineers and designers went back to the drawing board and completely revamped the look of our dashboard – making a good product even better.

But maybe I’m being too hard on this Yukon grocery store. Inertia and ego aside, a big part of the reason the store wouldn’t slice up the watermelon was probably simple risk-aversion. They had spent a lot of money flying the melon in, and they wanted to be sure they recouped their investment. Keeping the watermelon whole meant a longer shelf life and a surer chance of one big payout.

This kind of fear, however, can backfire when taken too far. Business is never a sure thing. The perfect opportunity – one with all upside and no downside – rarely presents itself. In fact, the essence of being an entrepreneur is the willingness to bear extra risks and uncertainties in exchange for the prospect of an outsized return. If you’re not OK with that, then maybe you’re better suited for another career path.

Sometimes, this means making the wrong bet and swallowing a significant loss. In my early days, when I was running a small digital agency, I landed a big contract to design and implement software for a food franchise with hundreds of locations. To meet the demand, I hired 15 people, nearly doubling the size of the company. This was early 2008. Then the recession hit and that huge franchise went down the tubes…and I had to clean house at my company.

But that experience didn’t stop me from taking a gamble just a few months later on another untested idea: a nifty tool my agency developed to manage multiple social networks at once. It wasn’t bringing in any revenue, but social media was just taking off and I thought the potential was huge. So I assigned seven full-time team members to the project, paying their salaries with my personal credit card. Long story short, that tool became Hootsuite, which now has more than 10 million users, including more than 800 of the Fortune 1000 companies. With any entrepreneurial venture, there will always be trade-offs and risks. The biggest mistake is to let this fear of the unknown become paralyzing.

Interestingly, the drama up in the Yukon didn’t end with the rotten watermelon. Not long after, the community pooled resources and decided to start its own co-op, with lower-priced produce. The melon fiasco was actually the beginning of the end for the grocery store in that town: an entrepreneurial cautionary tale, if I’ve ever heard one. 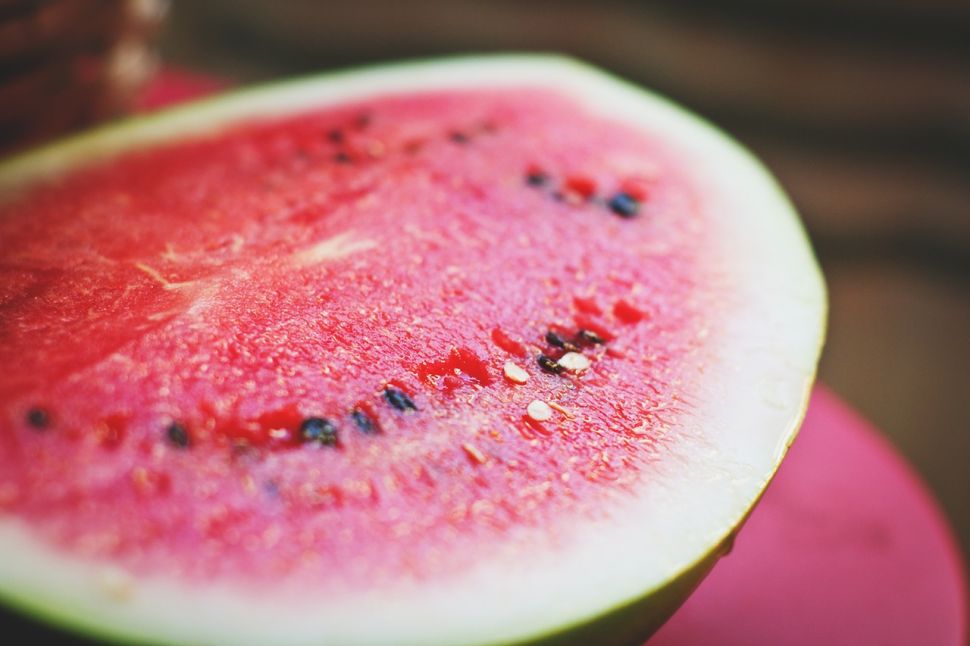