Another day, another New York institution bites the dust. After 111 years in business, New York Central Art Supply has announced that at the end of this summer it will be closing its doors for good. The store’s building, at 62 Third Avenue and East 11th Street, is losing its month-to-month lease, according to Vanishing New York blogger Jeremiah Moss.

New York Central was founded in 1905 by the Benjamin Steinberg and has remained a family operation for over a century. The store was best known for its extensive paper department, which featured rare dyed and handmade papers from Europe and Asia. Owners began laying off staff last summer, as the Observer previously reported.

“Over the course of the summer, we will be selling all existing merchandise at greatly reduced prices,” wrote the Steinbergs in a statement on the closing on the store’s website. “We will also be entertaining any offers to acquire our inventory and intellectual property. There truly is no other store like Central in the world…We truly hope another store or vendor recognizes this and can help our team keep doing what they love.”

For the city’s artists and students, the closure marks yet another major loss. In 2014, the legendary Canal Street art store Pearl Paint closed its doors, though its dwindling inventory over preceding months had already foretold the shuttering. And in April, news broke that Lee’s Art Shop on West 57th Street would close this summer as well, following in the footsteps of several other longtime Midtown tenants such as Steinway & Sons pianos and Rizzoli Bookstore, all of whom had succumbed to a development boom in the area.

While some art supplies are certainly ubiquitous enough that they can be easily found and ordered online through Amazon, New York Central was among a handful of operations that the community relied on for both speciality items and custom services. At different points, both Pearl Paint and New York Central ran framing operations.

But fear not, while New York Central and its cohorts are mourned, hope is not lost for artists who still enjoy lugging canvases home on the subway. The short answer to our initial question, “Where have all the art stores gone?” is, well…nowhere. There are still a dozen below 23rd Street in Manhattan. Personalized service varies, but some remaining notable brick and mortar shops include Blick for paint and brushes; Michael’s for pens, construction paper and craft supplies; and Scrap Yard for spray paint. 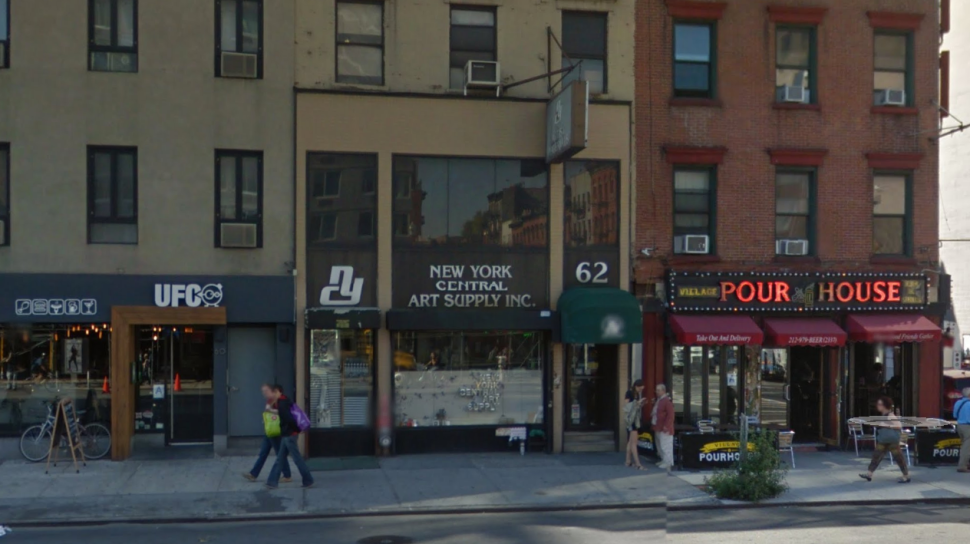