When hiring, I’ve heard these platitudes over and over. And while they may contain some truth, to me they add up to the worst thing you can have on a team: Boredom.

Sure, you may have an amazing first year and a great V1, but what then?

And if there’s one characteristic I’ve seen over the past 4 years of building the Crew Product team that has always led to a successful, meaningful career, it’s being able to get thrown in the deep end and come out looking like Michael Phelps.

“We believe that keeping one foot over the ‘edge’ at all times keeps us sharp.”

On our team, we push everyone to work in a way where they are also learning as they go.

Are you an expert in something? Great, do some of that, but also do things that you don’t understand. We believe that keeping one foot over the ‘edge’ at all times keeps us sharp.

This belief has become central to our team and how we structure tasks and roles. Keep people on the edge and they’ll never get bored, do better work, and rise the tide for all ships.

But in practice, it’s not as easy as it sounds. Finding and nurturing teammates to strike this balance is an art in itself, and one that starts before they’re even hired.

When meeting with potential teammates, there are two questions I like to ask in this regard. And looking at them now, I realize that it’s also a good exercise to regularly ask them to yourself. (Just don’t wait until you’re looking for that next job to hold yourself up to questioning!)

1. “Where are you currently pushing the limits of your skills?”

The right answer here is not, “I’m awesome at everything.”

Awareness is huge and any employer wants you to know your strengths and limitations inside and out. We want to know that you know that while you’re great at thing A, you still need to work on thing B. And we want to know what thing B you’re currently learning.

What someone chooses to learn says a lot about them.

Given that knowledge, we’ll then consider you for a role where you work on thing A some of the time, and thing B some of the time. We’ll often use that to switch up the questions for the remaining interviews.

It’s common that someone starts to interview for one job and by the end we’re talking about something completely different.

2. “What part of this job, as you understand it, would be the most challenging for you?”

This is a similar question, but more in the context of the job itself.

Say we’re interviewing two plumbers and one says “I am the master of toilets and sinks!” and the other says “I have a lot of experience with toilets but I haven’t had the chance to spend as much time working on sinks.” The second person here will stand out as the better candidate. Not only do they lack the arrogance of claiming mastery, they understand that experience and learning go hand-in-hand.

Nobody knows less than the person who thinks they know everything.

In fact, he’s the one who took it away from the Tumblr blog where it began and built the first proper custom version. On his own. Then he grew a team, adding devs and designers, and leading the charge.

If you look at Unsplash, you might think he’s an experienced product guy. But Crew was his first full-time gig out of university, where he studied as a civil engineer. We asked him to join our small founding team as our front-end dev/designer because we a) saw a lot of potential and b) were probably a little insane.

Turns out, the first of those was right. Early on, though, Luke was convinced he would stay a front-end dev/designer. He was keenly interested in Javascript and CSS and wanted to work only in that area. And he very well could have, had we not pushed him further.

“I remember sitting in a car with Mikael [our other co-founder] on the way to play hockey and I said, ‘Dude, I’m not learning back-end, I don’t care what Angus says. I tell you I’m not gonna do it.’ And then a month later I was happily doing back-end.” – Luke

He rose to the challenge, and moved closer and closer to a full-stack. Then a year later, when the opportunity to build Unsplash from scratch came up, he was able to take it on himself.

The early days of Luke-in-back-end were rough.

But Crew was rough all over then and we were playing the long game. We knew some short-term learning curves were worth going through if it meant having another full-stack ninja-unicorn-warrior-princess in the mix.

It was easy to learn a lot when we were a team of just four. Anyone will grow in that kind of high-pressure, small-resource environment. You have to learn to wear many hats because you have no choice. It’s do-or-die. But it’s a lot different now that Crew is approaching 40 people.

But maintaining the mindset of perpetual learning is incredibly important to us. This factors into our monthly one-on-ones.

“We knew some short-term learning curves were worth going through if it meant having another full-stack ninja-unicorn-warrior-princess in the mix.”

Perhaps our most consistent topic though is what each person is learning. Everyone has an area in which they are currently pushing their skills. Ask me at any given time where my primary focus of growth is and I can tell you without hesitation.

In the one-on-one each month, we write them down to hold ourselves accountable. Then we check in the following month to see how it’s progressing.

It’s also important to know where someone wants to improve but can’t, for whatever reason. We try our best to shuffle people around so that everyone can work on what they find a challenging problem. In reality, we can’t always put everyone on 100% exciting, challenging work—there are chores that have to be done—but we do the best we can and are honest about it when we can’t.

Thomas was one of Crew’s first few hires. We brought him on originally to work on our blog. Some light WordPress work, with some other small side projects added in here and there.

Luke was overseeing Thomas’ work and one day said to me, “Thomas is doing well. He’s still green but he learns fast and is eager.”

That was music to my ears. We insisted he join the main product team and take on a real challenge.

“I was all smiles. Then after a couple weeks working on the main product Angus says to me, ‘Thomas, you’re gonna do the whole new submission flow.’ I was less smiley. I had almost no experience in back-end and I was told to build one of the main sources of revenue for the company. Dude, that was some crazy shit right there. I got scared but I said yes, I’ll do it. I had zero confidence in my words.

“I shit my pants a few times. I cried also, a lot. I came up with something I believed was good. It wasn’t, but it worked and went live and did the job for almost a year. It even brought money to the company. Hell yeah!” – Thomas

The quality of his code may not have been the best during that first project (it’s all been replaced since) but that’s not where we were looking. We were looking at his rate of improvement. And that rate was through the roof. Had it not been, we would have eased up.

A year and half later and Thomas is one of our go-to, up-for-anything devs. He knows the codebase and our tech incredibly well, and leads his own sub-team which focuses on referrals and partnerships.

How’d he end up with that focus? Well, one day in a one-on-one, he told me, “I’m tired of working on the core features. I need something else for a little while.” So we created a sub-team for him to lead. His current challenge: learning to communicate with the other teams in Crew to define requirements and deliver solid, reliable features.

It’s a tough job, and he’d never be able to handle it if we still had him working on the blog. (Our blog template might be a little fancier though!)

You have to love what you do

You may have read about Amazon and similar companies with a heavy employee churn rate. The idea is to burn through employees by giving them high demands and generally disregarding loyalty.

It’s an interesting approach (no judgement, you gotta admire what they’ve accomplished) but it’s certainly not Crew’s.

We’re entering our 5th year, have 40 people and so far only one person has left a full-time position of their own accord. Not many companies can say that. We all know we’re working with an amazing team. We feel it. And we believe we get the absolute best out of everyone when we’re all on the same side.

That said, the day will come when Crew cannot offer a teammate the opportunity to grow. And I hope when that day does come, not only will we have discussed it months prior, but we will shake hands and even help them find their next challenge outside of Crew.

Our mission is not just a bunch of words: we want people to find work they love. Even if it’s not here.

Angus Woodman is the CTO and co-founder of @crewlabs, where this post originally appeared. 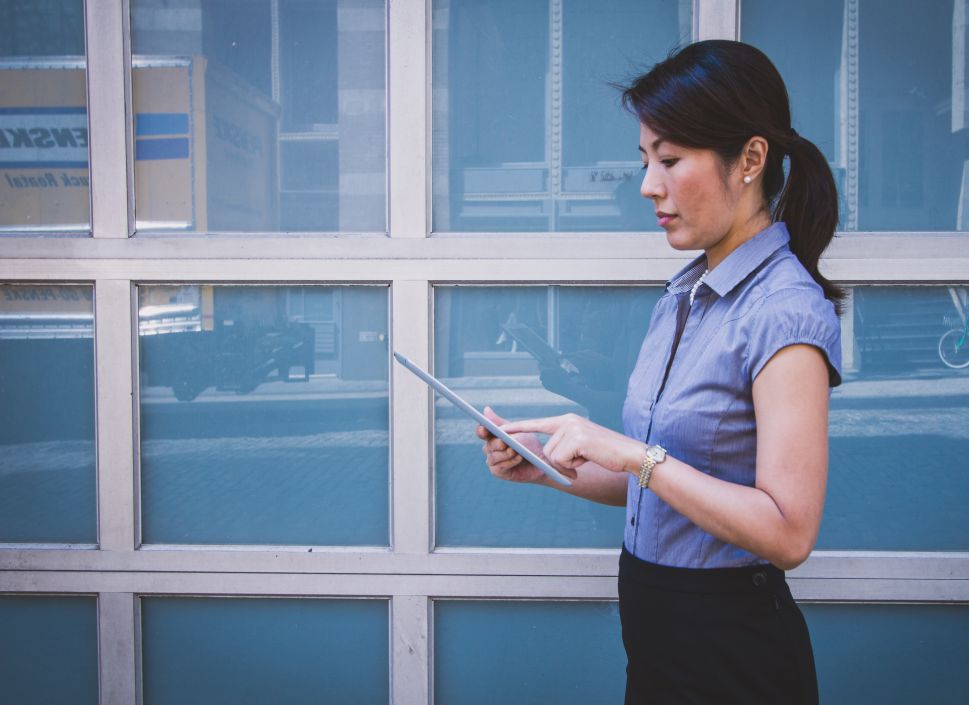