During the first night of the Democratic National Convention, former Bernie Sanders supporter, comedian Sarah Silverman took the stage with Sen. Al Franken. During her speech she criticized Sanders supporters who affirmed they were still “Bernie or Bust,” calling them “ridiculous.”

More than just a mantra used by stubborn Sanders supporters, the term “Bernie or Bust” is rooted in a well-organized and well-articulated movement first started by a group of political revolutionaries. Victor Tiffany, a New York-based activist with a master’s degree in social sciences, coined the phrase. Tiffany manages BernieorBust.com, the @BernieOrBust Twitter handle and a Facebook page dubbed “Revolt Against Plutocracy.”

The issue of plutocracy remains the centerfold of “Bernie or Bust,” and the concept is one that elites—like Silverman, who has been a celebrity for decades—have difficulty grasping.

The 2011 Citizen’s United Supreme Court decision—which Silverman praised Clinton for finally supporting—set a dangerous precedent, allowing unlimited campaign contributions. What Silverman failed to note were the various manners by which Clinton exploited the ruling with the help of the DNC.

The DNC‘s lack of impartiality was further exposed by Wikileaks, which shed more light on the Clinton-DNC money laundering joint super-PAC, the Hillary Victory Fund. DNC chair Debbie Wasserman Schultz also rescinded a ban on federal lobbyists and political action committees knowing that, because Sanders disavowed such fundraising techniques, it would help Clinton. Thanks to the DNC’s manipulative efforts, Clinton managed to raise more funds than Sanders’ grassroots campaign.

As Sanders reiterated throughout his campaign: ‘Enough is enough.’

From dubious donations through the Clinton Foundation to well-paid Wall Street speeches, Clinton has been afforded a number of benefits from our corrupt campaign finance system. Because of this, over 128,000 steadfast Bernie or Bust supporters—Silverman not included—have disavowed Clinton as a viable candidate worthy of their support.

Ndgo noted that Clinton says often things for politically expediency. For example, Clinton opposed the Colombia Free Trade Agreement—which enabled the money laundering and tax sheltering exemplified in the Panama Papers—only to support it behind the scenes, as revealed in the Wikileaks emails.

“These things don’t seem genuine… We don’t trust what she says and we don’t like what she’s done, so for these reasons we won’t vote for Hillary Clinton.” Ndgo added in a separate interview on CNN: “I think that we’ve been harmful in a lot of other countries and that Hillary Clinton has been a force for that harm.”

As the Democratic primaries come to a close without Sanders as the nominee, the movement has evolved to support Green Party presidential candidate Jill Stein. On July 26, at rally in Philadelphia, both Ndgo and Tiffany spoke out in favor of Stein, despite efforts by the Clinton campaign to equate supporting Stein with supporting Donald Trump. Such attacks for considering a third party candidate—as is one’s right in a democracy—undermine any current or future movements to challenge the status quo.

The disdain for those not voting for Clinton isn’t going away anytime soon. Independent voters were treated as second class citizens throughout the Democratic primary. Bernie Sanders‘ supporters—as revealed not just in the Wikileaks DNC emails, but also through the Guccifer 2.0 releases—were mocked and ridiculed constantly by leaders of the Democratic Party. Those who still identify with Bernie or Bust do so out of principle, to challenge the Establishment and force meaningful change. 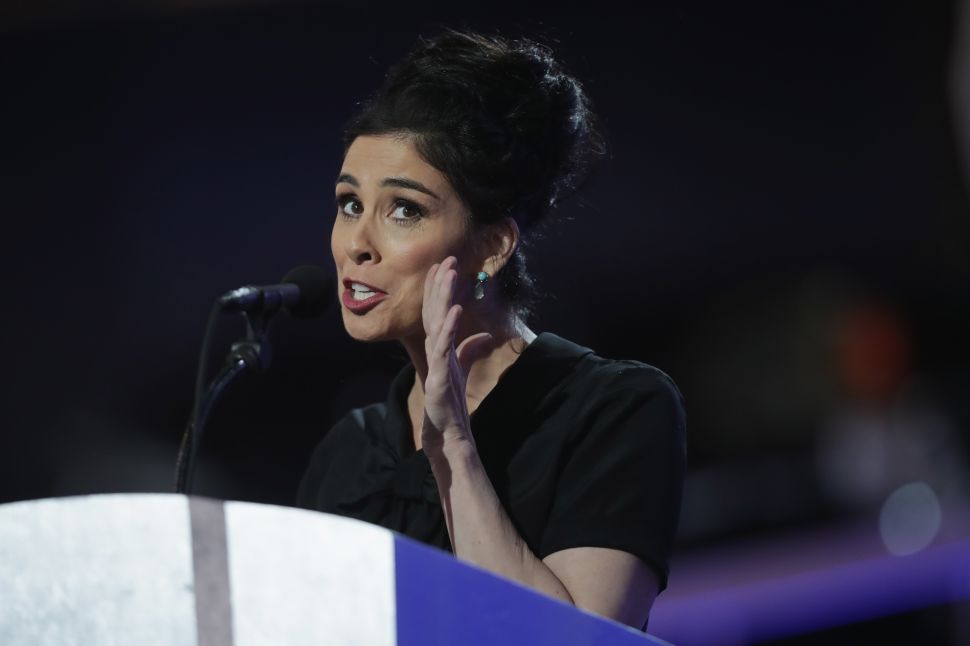