This post originally appeared on Quora: Is the two party system good or bad?

The two-party system, by itself, is not inherently bad. Even countries with multiparty elections tend to have two dominant parties. What hurts the US is the electoral system used, first-past-the-post voting (FPTP voting). Since only the candidate which wins a plurality of the vote gets representation, it makes it much easier to manipulate the results and silence minorities and opposition.

For example, before the most recent legislative elections in Ukraine, the ruling Party of Regions saw that it was doing poorly in the polls but was still the largest party thanks to a divided opposition. Therefore it changed the rules of the election so that half the seats would be determined by proportional vote and the other half by single-seat districts using FPTP voting. Come election day, the Party of Regions won 32 percent of the proportional seats but 51 percent of the districts seats, excluding 10 percent which went to independents who joined the Party of Regions a month after the election. Together with the Communist Party, the Party of the Regions was able to stay the ruling party despite the fact that the majority of voters voted for opposition parties (Ukrainian parliamentary election, 2012). In a similar manner, Democrats and Republicans support FPTP voting because it creates a barrier to competition and keeps out smaller parties. Because of the lack of alternatives, when voters become frustrated, instead of voting for another party, they stop voting.

Gerrymandering is partly a result of the lack of competition. Because people only have two realistic options, it makes it much easier for politicians to carve up districts which are favorable to them. It also makes it possible to break up populations so that they don’t have a majority in any district and thus receive no representation.

North Carolina has become one of the premier examples of gerrymandering. What is interesting is that part of it is due to good intentions gone awry. The 12th District was created because otherwise African-Americans living in the the center of the state would have received no representation. Therefore, North Carolina was required by the Civil Rights Act to create a district with an African-American majority. However, as a result of this, Republicans learned that they could concentrate Democratic voters into oddly-shaped districts. Therefore, North Carolina has 3 districts which voted 75 percent to 80 percent Democrat and 10 districts which voted 50 percent to 63 percent Republican, one of which a Democrat managed to win by 654 votes in 2012 (SBOE Home Page). As such, North Carolina’s congressional delegation is nine Republicans and four Democrats even though the majority of voters voted Democrat. Multiple parties would make it much more difficult to predict election results, so gerrymandered districts couldn’t be engineered so precisely to produce safe seats. Proportional voting would eliminate the benefits of gerrymandering all together.

The two-party system in the US has led to pockets of one-party rule. In major cities and virtually all of New England, Republicans might as well not exist for all the representation they receive. Because these areas are so much farther to the left than the national average, Republicans are not appealing to them, but there is no other party with enough political presence to act as the opposition. Without effective opposition, there are no checks on abuses of power nor accountability.

A two-party system is often purported to have a moderating influence by limiting influence of minority positions and making more stable governments. However, none of this holds true in reality. Countries such as the Netherlands, Denmark, Finland, Norway, Sweden, and Switzerland all have eight or more parties represented in their legislature and all are considered to be stable, well-governed democracies. I don’t think any of them had a party try to shutdown the government and threatened to force it to default.

The risk of extremist parties is far overstated. Most minor parties in developed democracies are rather innocuous and simply represent minority groups who don’t feel the main parties properly reflect their interests. Despite being separate parties though, they often work together. In Sweden, The Moderate, Liberal, Center, and Christian Democratic parties ran a unified campaign in 2010. They knew it was best to work together, but by maintaining separate identities, they’re able to reach more constituents. If they decided to form a single party, the messages of the smaller factions would get lost, reducing their outreach potential. A Swedish farmer might not like the agrarian Center Party being subsumed into the more urbane Moderate Party as he does not trust them to represent his interests. Therefore the Moderate Party works with minor parties but doesn’t absorb them because it increases their share of potential votes.

Minority parties rarely gain undue influence over the election, but when they do, they’re usually a moderating influence. For decades, the Free Democratic Party (FDP) in Germany were the political kingmakers. The two main parties, the Christian Democratic Union (CDU) and the Social Democratic Party of Germany (SPD) could rarely form a government without them. The FDP represented the political center of German politics. Its necessity in any coalition kept the CDU and SPD from going too far to the right or left. This is effectively no different that “swing voters” in US politics. In other cases, it’s generally the minor party which has to make the most concessions in order to join a coalition. It’s very rare than a minor party finds itself in a position where it can dictate terms as there are usually other potential coalition combinations which don’t include it. Therefore, if it wants to be picked to join a governing coalition, it has to please one of the major parties. Also, as the example of Sweden showed, there are often “natural” coalition partners, parties which are close in ideology but focus on different issues.

Coalition governments can be very stable. Switzerland has been ruled by the same four-party coalition since 1959. When coalitions are unstable, it’s usually due to other problems within society. Belgium went for 589 days without an elected government because they couldn’t form a coalition. However, the chief cause of this is the cultural split within society so when forming coalitions, parties have to negotiate not only ideological differences but also regional differences. To a lesser extent, this is the same problem governing coalitions in Italy have faced.

To a certain extent, Congress already operates as though it’s made up of coalitions of various parties. In both the Republican and Democratic there are various Congressional caucuses which subdivide both parties into smaller factions. Negotiations between the caucuses take place, but it’s less visible to voters. If the US were to switch to proportional representation, these caucuses could potentially split off as their own party, but still work together in congress. Such a situation could have been very beneficial in the past. When the national Republican Party became too right-wing for urban voters, Republicans in cities could have formed their own party which could work with the Republican Party at the national-level while presenting a conservative platform more appealing to urban voters at the local-level.

Countries with proportional voting tend see greater political engagement and voter turnout than those with FPTP voting. During presidential elections, less than 70 percent of Americans vote and that drops to less than 50 percent during non-presidential elections. The only developed democracy with a lower voter turnout I could find was Switzerland (Voter turnout data for Switzerland). With multiple parties, people are more likely to find a party they feel best reflects their views and interests. A farmer might feel that neither the Democrats nor Republicans will properly represent his interests and therefore not vote. If an agrarian party could form and win at least some representation, he might become an active party member or at least feel more confident about voting.

Why are there only dead people on US currency?
Which U.S. Presidential elections has Congress been involved in due to a lack of sufficient votes from the electoral college?
What has been the greatest legislative victory for a political party in a general election? 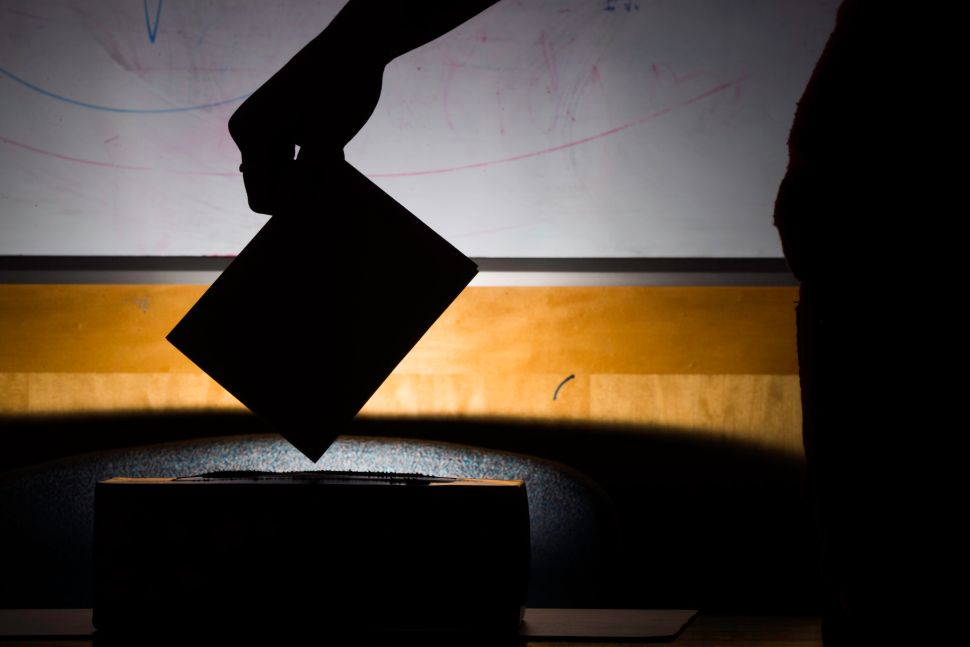