There’s an idea floating around that the time is ripe for a third-party candidate. In theory, it makes sense—by some measures both Donald Trump and Hillary Clinton score worse than Barry Goldwater (the low- mark of modern presidential campaigns). On the other hand, their low approval ratings might be misleading.

Perhaps this is akin to paper cuts versus stab wounds: both have universal disapproval, but the choice would not be difficult. Alternatively, the contest might be like that between eating sea urchin or porridge: the relatively few Americans who enjoy uni do so immensely, whereas porridge is regarded unenthusiastically by all.

Despite high polling results for a generic “other choice” (who wouldn’t want more choices, besides Bernie Sanders?), American politics has never actually resulted in that choice winning. A look at the historical record reveals it’s quite premature to start discussing President Gary Johnson or Jill Stein.

The last time a third-party presidential candidate had an effect was in 2000, when Ralph Nader’s support famously handed the election to George W. Bush over Al Gore. So, yes, in a razor-thin election, a third-party candidate can make a difference in a state. But Nader couldn’t even crack three percent in the national vote—hardly a strong result and a far cry from the two previous elections.

In 1996 and, especially, 1992, H. Ross Perot set records with his presidential campaigns. He was actually polling in first place at various points in 1992, an unprecedented feat for an independent candidate. When asked which states he planned on winning, Perot proclaimed that he planned to take all 50 in a landslide. Yet despite getting a whopping 19 percent of the vote, he won precisely zero states due to the nature of American elections. Electoral votes are given to whomever has the largest plurality, so getting 50+ percent of the vote in a given state or 40 percent in a three-way race are effectively the same.

1980 had some parallels to this current election. President Carter was viewed as incompetent while Ronald Reagan was viewed as a lunatic about to bring about nuclear armageddon. The independent candidate John Anderson promised competence and moderation, and was polling at over 20 percent during the summer. The issue of whether to include him in a presidential debate—not yet an official electoral tradition—was a sticking point between the two campaigns. Eventually, Carter gave in to Reagan’s demand to debate one on one, with devastating consequences. Anderson eventually delivered a mere seven percent of the vote in a landslide election for Reagan.

The last time a third-party candidate won any states was in 1968, when segregationist George Wallace ran against Richard Nixon and Hubert Humphrey. Despite claims of Nixon’s “southern strategy,” he lost most of the southern states to Wallace (with Humphrey taking President Lyndon Johnson’s native Texas). Wallace’s five state victories were utterly irrelevant to the outcome, as their combined 46 electoral votes wouldn’t have changed Nixon’s 301 to 191 victory.

Wallace’s campaign echoed that of a previous Dixiecrat: Strom Thurmond’s 1948 campaign against Democrat Harry Truman and Republican Thomas Dewey. The campaign also featured Truman’s direct predecessor as FDR’s vice president, quasi-Stalinist Henry Wallace, running under the Progressive Party banner. Despite Truman having approval ratings so low that they would only be bested by George W. Bush over 50 years later—and despite every poll to the contrary—Truman won decisively by 303 to 189 electoral votes. Thurmond won less than three percent of the total vote but carried four states (over seven percent of the electoral votes), again demonstrating that it’s not how many votes an independent candidate gets but how they are distributed.

The most successful third-party candidate was former two-term president Teddy Roosevelt, running against both his chosen protégé William Howard Taft and Woodrow Wilson in 1912. Incumbent President Taft was relegated to third place but Woodrow Wilson garnered 435 of 531 electoral votes—over 80 percent of the total. The electoral landslide was not mirrored in the popular vote, with Wilson only receiving about 42 percent. Socialist candidate Eugene V. Debs received six percent of the vote, and was jailed years later by President Wilson for speaking out against the WWI draft. His sentence was commuted by Wilson’s successor, Warren Harding, after Debs ran against him in 1920 while still incarcerated (he got 3.4 percent!).

The only other third-party examples are trivia questions and as irrelevant. Robert La Follette won one state in 1924, Millard Filmore one in 1856, and James Weaver won five in 1892 (the same year that Grover Cleveland won reelection to an unprecedented second non-consecutive term). 1872 didn’t even have a second party, as both Ulysses S. Grant and Horace Greeley represented different wings of the Republican party (much like the 1824 election was between four Democrats).

Though things were sometimes weird before the modern two-party system was established, the results were still quite similar to today in terms of the impotence of third parties. Abraham Lincoln’s 1860 victory was over three Democrats. Yet even combined, they still would not have beaten him in electoral vote totals. Similarly, having five candidates receive some electoral votes didn’t matter to Martin Van Buren’s lopsided 1836 victory, as having four didn’t matter to Andrew Jackson in 1832.

It’s possible that we will one day see Gary Johnson or Jill Stein alongside Teddy Roosevelt on Mount Rushmore. Historically speaking, however, it hasn’t happened. No third-party candidate has ever even come close to winning the presidency, either in terms of the popular vote or in terms of the electoral college. Does that mean it can’t happen? At some point things stop being a coincidence and start becoming a pattern. 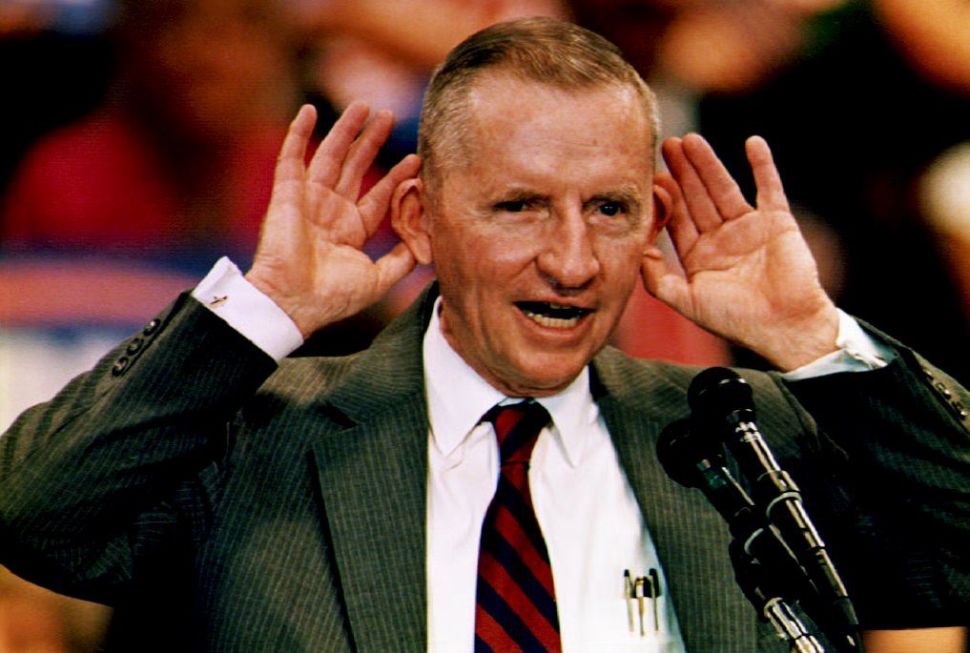