Unless drastic conservation efforts are implemented, African elephants—whose population is decreasing by three percent annually due to poaching, hunting and habitat destruction—will soon be extinct. And, in just a few decades, when our governments and NGOs ask what went wrong in our efforts to protect this beautiful species, the EU’s failure to support a total ban on ivory trade will ring clear as a catalyst for extinction.

On July 1, the European Union Commission opposed a global ban on ivory trade, citing that countries should instead focus on sustainably managing their elephant populations.

“The situation is alarming… Elephants are slaughtered every day, rangers are being killed, and the trade is fueling terrorism which destabilizes the continent and has huge repercussions for EU security,” said Azizou El Hadj Issa, president of the African Elephant Coalition’s council of elders, in an interview with The Guardian. “We need the EU to support us and become part of the solution to this crisis.”

The African Elephant Coalition—consisting of 29 African countries—is working to ban all future ivory trade through an Annex I listing by CITES (Convention on International Trade in Endangered Species). At the next CITES conference in Johannesburg this September, the international community will decide whether or not to renew the global ban on ivory trade. The current global embargo on ivory is set to expire in 2017.

In 1978, the African Elephant was classified as “threatened” under the U.S. Endangered Species Act. Since then, elephant populations have decreased by more than half. An elephant is killed every 15 minutes by poachers in Africa.

The European Union—comprising the the biggest voting bloc at CITES—will likely determine whether or not a global ban is implemented or opposed. Zimbabwe, Namibia, South Africa and Botswana are also pushing to allow ivory trade within their countries. But because it is next to impossible to distinguish legal ivory from illegal ivory, allowing any type of ivory trade allows the smuggling of illegal ivory into legal markets. Due to the international network of the ivory trade, a comprehensive global ban on the trade is necessary.

In 2008, China and Japan were allowed to buy ivory stockpiles from four African nations. The Chinese government hoped to flood the market, making poaching less profitable. Unfortunately, the opposite happened: according to research by Solomon Hsiang at the University of California Berkeley and Nitin Sekar at Princeton University, stockpile sales actually increased poaching. Because the stigma associated with purchasing ivory was reduced, demand increased. Consumption of ivory by China’s middle class pushed ivory prices from $120 a kilogram in 2002 to $2,100 a kilogram in 2014, according to The New York Times.

The U.S. Fish and Wildlife Service recently implemented a total ban on domestic ivory trade with some exceptions for antiques. Previous guidelines—which allowed ivory to be sold in the U.S. if it was obtained before elephants were listed as endangered, or if the elephant died of natural causes—were difficult to monitor and enforce. The United States’ ban sets an important precedent ahead of the CITES conference.

“U.S. leadership comes at a crucial time during preparations for the 17th Conference of the Parties of CITES,” wrote Dr. Jane Goodall, along with several other conservationists in a letter thanking USFWS for implementing the ban. “Especially considering the stated desire of several CITES parties to reopen the international ivory trade, the United States delegation must firmly advocate for a permanent closure to international trade and also for stronger domestic restrictions abroad.” 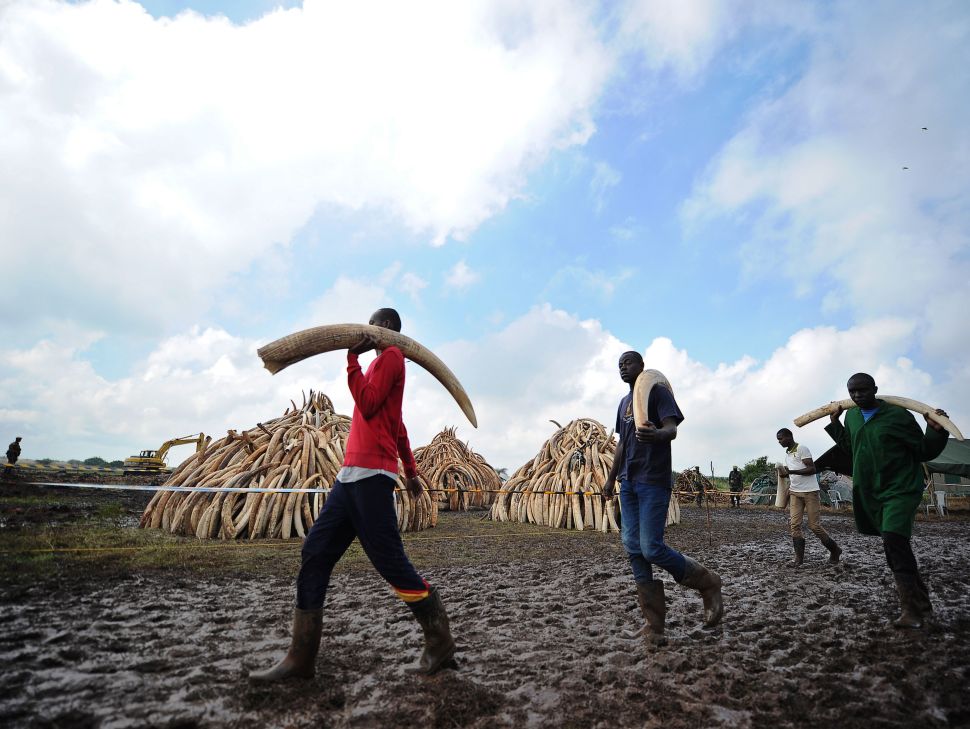