A taxi driver’s chance encounter with a client who turned out to be a former co-worker has led to seven workers receiving nearly $330,000 in unclaimed prevailing wages from Comptroller Scott Stringer.

It all started in March with taxi driver, Mody Camara, who once worked on a city-funded affordable housing project and had received settlement money from a $1.2 million settlement Stringer reached with contractor Mascon Restoration in 2012 for unclaimed prevailing wages.

Camara, who used the settlement funds to purchase a taxi medallion, recognized his former colleague, Jose Luis Lopez Oliva, with whom he worked in the mid-2000s. He encouraged Oliva to contact Stringer’s office and by June, Oliva and three former co-workers received $200,000 in back pay.

Bronx resident Wilson Lopez was watching Univision’s coverage of the press conference in which the four former co-workers received the funds and saw a decade-old picture of himself from the worksite and filed a claim. Stringer gave him a $50,000 check this afternoon.

Meanwhile, one of those four workers, Reynaldo Castillo, informed his nephews—Rony Alberto and Celvin Geovany Amaya Diego, who live in Ohio and Maryland—that they may be owed money, too. They will each be paid $40,000.

“We’re here this afternoon to celebrate the taxi ride that keeps on giving,” Stringer said.

He added that this is not a “government giveaway” or a “special program,” but rather the comptroller’s office handing over money that he’d collected from the contractor, and that the workers had earned.

“What’s exciting about today is that we showcased how one taxi ride, one chance meeting, one investment in a taxi medallion has turned out through word of mouth and listening, we got other people to step forward,” he continued.

Under state law, the comptroller’s office establishes and enforces prevailing wage and benefit rates on city public works projects, including public school renovations, or on building service contracts with city agencies such as security guard and custodial work.

If a company does not pay the proper wages and benefits to workers, the comptroller uses that law to collect unpaid wages from contractors and pass them along to employees who were stiffed.

Since 2014, Stringer’s office says it has assessed more than $17.8 million in prevailing wage violations and paid more than $8 million to employees who were cheated out of their wages.

In August 2015, the comptroller established an outreach campaign and said his office was holding more than $3.7 million in such settlements. Since then, 84 out of more than 1,000 individuals have claimed nearly $600,000 in back wages. 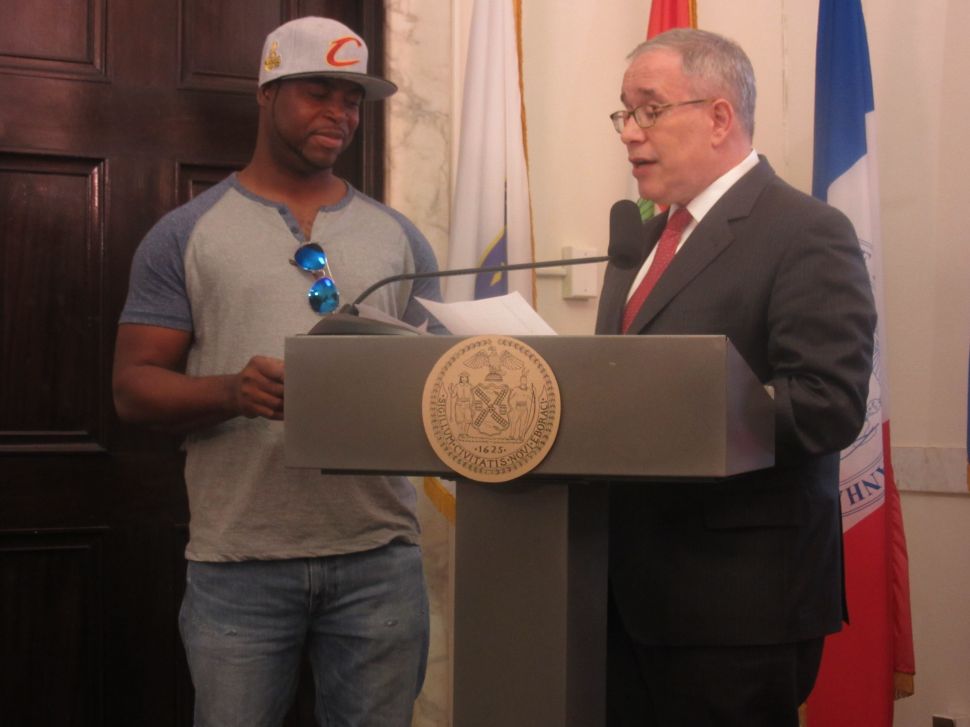