Before submitting to questions the other day, Ronald Lauder conducted something of a pre-interview. Seated in the Fifth Avenue offices of Estée Lauder, which are decorated with felt sculptures by Joseph Beuys at the entrance, brass menorahs from Italy on the walls and a toy Russian tank on a coffee table, the philanthropist, art collector and former ambassador politely filibustered at the start of our summit, telling long stories in his strong New York accent. The Observer especially enjoyed the one about his famously feisty mother bribing a border guard in Communist-era Czechoslovakia with perfume so she could enter her native Hungary despite lacking the proper papers.

What lesson did your mother teach you as a child that serves you today? Whatever you do, do it well. She said, “If you sell peanuts, be the best peanut salesman.”

Last year at Auschwitz, you warned that Europe “looks more like 1933 than 2015.” As European Jews face rising anti-Semitism, name the worst offender creating an environment ripe for hatred? The worst offender is Hungary. Because they now have a neo-Nazi party called Jobbik. They had started to put up statues of Admiral Horthy, who was a Nazi. They’ve changed wording in their constitution—taking out the word Holocaust.

What about the flip side? Is there a European country fostering tolerance?  I’d have a tough time saying which country is doing the best.

As a former ambassador to Austria, you encountered the country’s president Kurt Waldheim, a former SS officer. How do you restrain your emotions when dealing with vile people? Kurt Waldheim, who I knew at the U.N., was very tough for me. Because I felt he deceived me. But the hardest thing, as ambassador, was when people came into the embassy that I knew were part of Gestapo. What do you do when that person then is a minister of X? And at times, you have to hold your nose. And other times you get to a point where you say, “I’m sorry, I can’t. I can’t meet with you because of this.” But it’s a very, very delicate thing.

Size up Vladimir Putin, who you recently met? Very, very smart. Very much involved with Russia. And doing everything he can to make Russia once again a power. President Putin is a true patriot for his country, a true leader.

What practical steps can Jews take to battle the BDS (Boycott, Divestment and Sanctions), which seems to be having public relations success? It’s my belief that we have overreacted. Some of the boycotts, for example, when 20 people in England boycott something, all of a sudden the Israeli government reacts?

Are you suggesting, “spend your bullets wisely,” as they said in the Old West? I’m saying we are sometimes overreacting. And also the key about BDS is that it’s illegal in many places. And we should be able to say to people, it’s illegal and go through the courts, which we do.

Abba Eban famously said that “Palestinians never miss an opportunity to miss an opportunity.” What opportunity should Palestinians take today? I love Abba Eban. He was ahead of his time. I’ve been to most of the countries out in the Arab world today. Most of the countries have a great fear of Iran and they’re very, very anti-US and they felt the US left them in the lurch. And they’re looking for an ally, and they’re looking towards Israeli. The time is now for a two state solution. I know that President [Abdel Fattah] el-Sisi of Egypt, who I’ve spoken with several times, believes very strongly that this is what should be done. And I believe that there was invitations being given to come to Egypt to have the parties meet. There were invitations out.

Does Hamas get an invitation? No. But Hamas has been, to the best of my knowledge, more willing to listen.

During the Reagan administration, both parties came together when tragedy struck abroad. Today, partisan politics no longer “stops at the ’s edge.” What happened? Partisan politics has never been worse. And I think it all goes to the leadership. Ronald Reagan was a unifier. And I believe, at times under President Obama, there is polarization. Now, he will claim it’s not his fault; it’s the Republicans’ fault. Republicans will feel that Obama did not listen to them. The polarization increase has a lot to do with what President Obama was doing. Has a lot to do with the Republican reaction to it. I wish there had been more effort on both sides to come together. I was with Reagan enough times that he brought in all these Democrats and put them together. Ronald Reagan, because he at one time was a Democrat and he was one of the nicest people I’ve ever come across, he was wonderful with adversaries.

She supported Barry Goldwater in 1964. I didn’t know that.

Does that give you hope? If she were elected? Whoever’s elected, the country will come together. I’m very optimistic. The country is looking for unity. We’ve had enough pulling apart.

I recently caught Woman in Gold, and you were a character portrayed by actor Ben Miles. What is it like to be depicted in a film? I spoke to Harvey Weinstein and I said I wanted to be in it. If you didn’t put me in, at least cast Robert Redford for me. 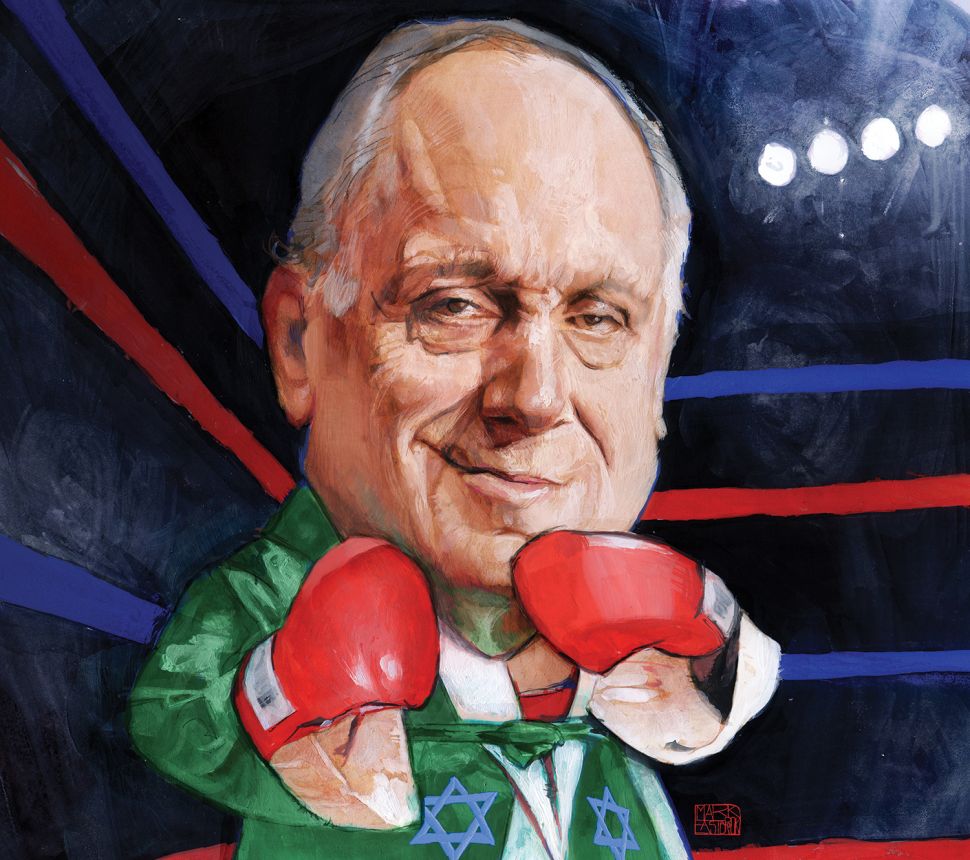