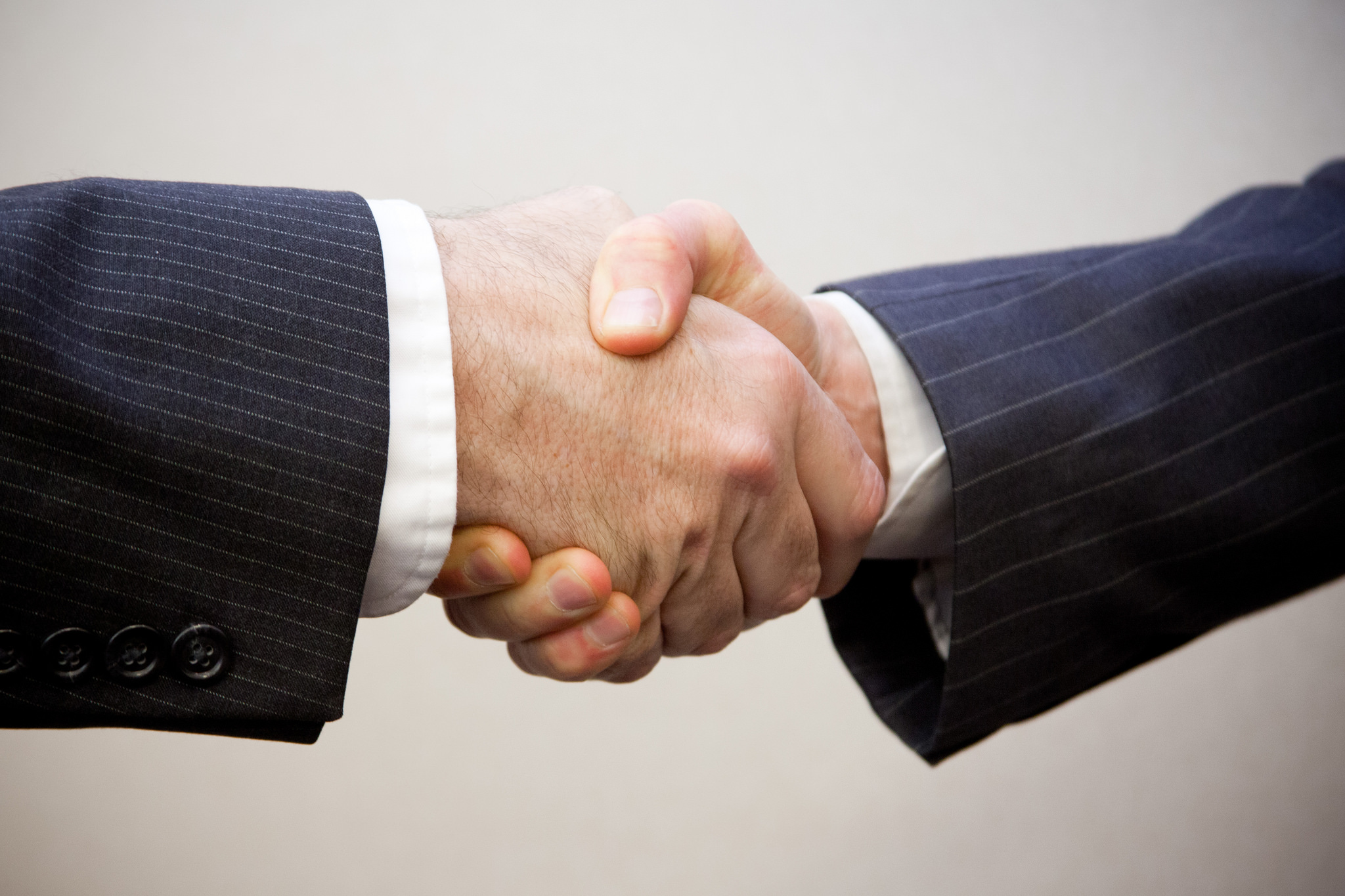 In a tough negotiation, it’s not enough to show the other party that you can deliver the thing they want. (Photo: Flazingo Photos)

Take the same person, change one or two variables, and $100 can be a glorious victory or a vicious insult. Recognizing this phenomenon lets you bend reality from insult to victory.

Let me give you an example. I have this coffee mug, red and white with the Swiss flag. No chips, but used. What would you pay for it, deep down in your heart of hearts?

Let’s say it’s your mug now. You’re going to sell it to me. So tell me what it’s worth.

You’re probably going to say something between $5 and $7.

In both cases, it was the exact same mug. All I did was move the mug in relation to you, and I totally changed its value.

Or imagine that I offer you $20 to run a three-minute errand and get me a cup of coffee. You’re going to think to yourself that $20 for three minutes is $400 an hour. You’re going to be thrilled.

What if then you find out that by getting you to run that errand I made a million dollars. You’d go from being ecstatic for making $400 an hour to being angry because you got ripped off.

The value of the $20, just like the value of the coffee mug, didn’t change. But your perspective of it did. Just by how I position the $20, I can make you happy or disgusted by it.

I tell you that not to expose our decision making as emotional and irrational. We’ve already seen that. What I am saying is that while our decisions may be largely irrational, that doesn’t mean there aren’t consistent patterns, principles, and rules behind how we act. And once you know those mental patterns, you start to see ways to influence them.

Below I’ll explain a few prospect theory tactics you can use to your advantage. But first let me leave you with a crucial lesson about loss aversion: In a tough negotiation, it’s not enough to show the other party that you can deliver the thing they want.

To get real leverage, you have to persuade them that they have something concrete to lose if the deal falls through.

To bend your counterpart’s reality, you have to start with the basics of empathy. So start out with an accusation audit acknowledging all of their fears. By anchoring their emotions in preparation for a loss, you inflame the other side’s loss aversion so that they’ll jump at the chance to avoid it.

On my first consulting project after leaving the FBI, I received the honor to train the national hostage negotiation team for the United Arab Emirates. Unfortunately, the prestige of the assignment was tempered during the project by problems with the general contractor (I was a subcontractor). The problems became so bad that I was going to have to go back to the contractors I’d signed up, who normally got $2,000 a day, and tell them that for several months, I could only offer $500.

I knew exactly what they would do if I just told them straight out: they’d laugh me out of town. So I got each of them on the phone and hit them hard with an accusation audit.

And then, once I’d anchored their emotions in a minefield of low expectations, I played on their loss aversion.

“Still, I wanted to bring this opportunity to you before I took it to someone else,” I said.

Every single one of them took the deal. No counteroffers, no complaints. Now, if I hadn’t anchored their emotions low, their perception of $500 would have been totally different. If I’d just called and said, “I can give you $500 per day. What do you think?” they’d have taken it as an insult and slammed down the phone.

2. Let the Other Guy Go First…Most of the Time.

Now, it’s clear that the benefits of anchoring emotions are great when it comes to bending your counterpart’s reality. But going first is not necessarily the best thing when it comes to negotiating price.

When the famous film director Billy Wilder went to hire the famous detective novelist Raymond Chandler to write the 1944 classic Double Indemnity, Chandler was new to Hollywood. But he came ready to negotiate, and in his meeting with Wilder and the movie’s producer, Chandler made the first salary offer: he bluffly demanded $150 per week and warned Wilder that it might take him three weeks to finish the project.

Wilder and the producer could barely stop from laughing, because they had been planning to pay Chandler $750 per week and they knew that movie scripts took months to write. Lucky for Chandler, Wilder and the producer valued their relationship with Chandler more than a few hundred dollars, so they took pity on him and called an agent to represent Chandler in the negotiations.

The real issue is that neither side has perfect information going to the table. This often means you don’t know enough to open with confidence. That’s especially true anytime you don’t know the market value of what you are buying or selling, like Chandler.

By letting them anchor you also might get lucky: I’ve experienced many negotiations when the other party’s first offer was higher than the closing figure I had in mind. If I’d gone first they would have agreed and I would have left with either the winner’s curse or buyer’s remorse, those gut-wrenching feelings that you’ve overpaid or undersold.

That said, you’ve got to be careful when you let the other guy anchor. You have to prepare yourself psychically to withstand the first offer. If the other guy’s a pro, a shark, he’s going to go for an extreme anchor in order to bend your reality. Then, when they come back with a merely absurd offer it will seem reasonable, just like an expensive $400 iPhone seems reasonable after they mark it down from a crazy $600.

The tendency to be anchored by extreme numbers is a psychological quirk known as the “anchor and adjustment” effect. Researchers have discovered that we tend to make adjustments from our first reference points. For example, most people glimpsing 8 × 7 × 6 × 5 × 4 × 3 × 2 × 1 estimate that it yields a higher result than the same string in reverse order. That’s because we focus on the first numbers and extrapolate.

Here’s my personal advice on whether or not you want to be the shark that eats a rookie counterpart. Just remember, your reputation precedes you. I’ve run into CEOs whose reputation was to always badly beat their counterpart and pretty soon no one would deal with them.

While going first rarely helps, there is one way to seem to make an offer and bend their reality in the process. That is, by alluding to a range.

What I mean is this: When confronted with naming your terms or price, counter by recalling a similar deal which establishes your “ballpark,” albeit the best possible ballpark you wish to be in. Instead of saying, “I’m worth $110,000,” Jerry might have said, “At top places like X Corp., people in this job get between $130,000 and $170,000.”

That gets your point across without moving the other party into a defensive position. And it gets him thinking at higher levels. Research shows that people who hear extreme anchors unconsciously adjust their expectations in the direction of the opening number. Many even go directly to their price limit. If Jerry had given this range, the firm probably would have offered $130,000 because it looked so cheap next to $170,000.

In a recent study, Columbia Business School psychologists found that job applicants who named a range received significantly higher overall salaries than those who offered a number, especially if their range was a “bolstering range,” in which the low number in the range was what they actually wanted.

Understand, if you offer a range (and it’s a good idea to do so) expect them to come in at the low end.

People get hung up on “How much?” But don’t deal with numbers in isolation. That leads to bargaining, a series of rigid positions defined by emotional views of fairness and pride. Negotiation is a more intricate and subtle dynamic than that.

One of the easiest ways to bend your counterpart’s reality to your point of view is by pivoting to nonmonetary terms. After you’ve anchored them high, you can make your offer seem reasonable by offering things that aren’t important to you but could be important to them. Or if their offer is low you could ask for things that matter more to you than them. Since this is sometimes difficult, what we often do is throw out examples to start the brainstorming process.

Not long ago I did some training for the Memphis Bar Association. Normally, for the training they were looking for, I’d charge $25,000 a day. They came in with a much lower offer that I balked at. They then offered to do a cover story about me in their association magazine. For me to be on the cover of a magazine that went out to who knows how many of the country’s top lawyers was priceless advertising. (Plus my mom is really proud of it!)

5. When You Do Talk Numbers, Use Odd Ones

Every number has a psychological significance that goes beyond its value. And I’m not just talking about how you love 17 because you think it’s lucky. What I mean is that, in terms of negotiation, some numbers appear more immovable than others.

The biggest thing to remember is that numbers that end in 0 inevitably feel like temporary placeholders, guesstimates that you can easily be negotiated off of. But anything you throw out that sounds less rounded—say, $37,263—feels like a figure that you came to as a result of thoughtful calculation. Such numbers feel serious and permanent to your counterpart, so use them to fortify your offers.

6. Surprise with a Gift

You can get your counterpart into a mood of generosity by staking an extreme anchor and then, after their inevitable first rejection, offering them a wholly unrelated surprise gift.

Unexpected conciliatory gestures like this are hugely effective because they introduce a dynamic called reciprocity; the other party feels the need to answer your generosity in kind. They will suddenly come up on their offer, or they’ll look to repay your kindness in the future. People feel obliged to repay debts of kindness.

Let’s look at it in terms of international politics. In 1977 Egyptian president Anwar Sadat dramatically pushed negotiations on the Egypt-Israel peace treaty forward by making a surprise address to the Israeli Knesset, a generous gesture that did not involve making any actual concessions but did signify a big step toward peace.

Chris Voss is a former lead international kidnapping negotiator for the FBI, founder and CEO of The Black Swan Group and co-author of Never Split the Difference: Negotiating As If Your Life Depended On It.

Tahl Raz is a New York Times bestselling author and digital entrepreneur. He’s also the co-author of Never Split the Difference: Negotiating As If Your Life Depended On It. 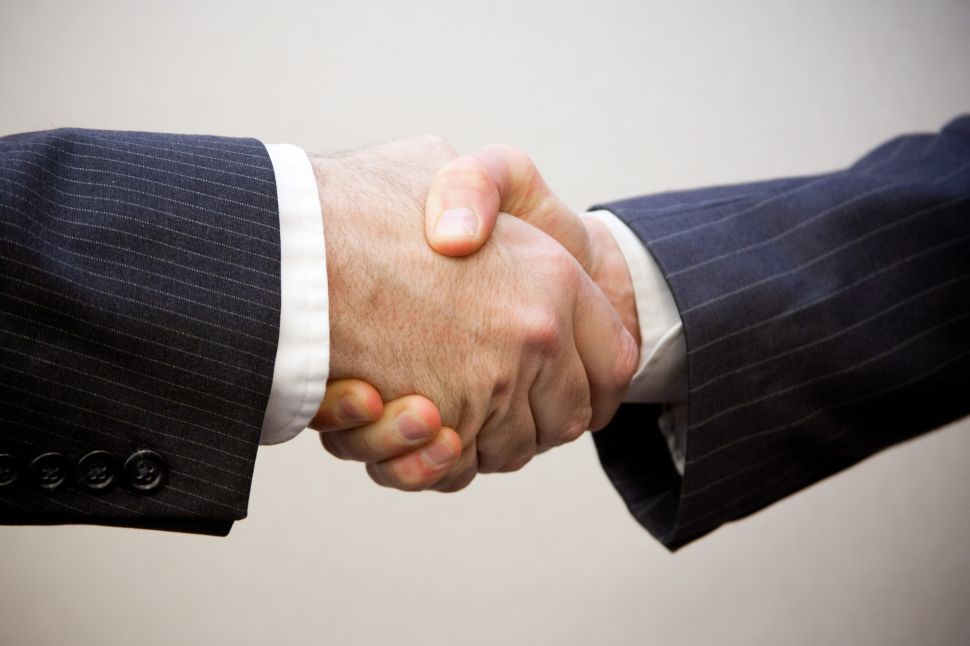