My friends don’t want to talk with each other. At least not until the election is over; and then we’ll see. Dinner parties are strained; until they boil over into mutual recriminations: “How could you possibly vote for ….?”

Desperate for some adult conversation, I try to divert the discussion away from politics – or at least from the candidates – towards issues that are substantive if unsettled. Who would have predicted that Iraq or Syria or Turkey would have a calming effect?

One topic, however, continues to shock me. Every time I bring up the idea of universal national service, almost everyone agrees. Not everyone, but eighty-plus-percent. And that is a remarkable degree of agreement.

The basics of what I present are simple: everyone would serve for two years sometime between their 18th and 23rd birthdays. The military option would still be 100 per-cent voluntary. But everyone would leave their comfort zone: geographically, racially, socio-economically. America would again become a melting pot.

The basics of what I present are simple: everyone would serve for two years sometime between their 18th and 23rd birthdays.

Young people would express a preference for the type of work they would do – environmental clean-up, infrastructure rebuilding, eldercare, teaching assistant, to name just a few. But there would be no guarantees about which job they would get. Living accommodations would be communal and sparse, and people would be paid a tiny stipend. The plan would probably include an automatic educational savings account, but nobody seems to get hung up on the details. The idea of everyone working towards the common good is far more captivating than the mechanics of making it happen.

A few hard-core libertarians argue that under the Constitution, we only have the authority to compel military service, not a civilian option. They may be right, but it is a legal battle worth fighting; or amending the Constitution. The overwhelming reaction, however, is that a shared experience of service – even if compelled – enhances the common good. And America needs that today.

Parents of college-age kids often comment that their children – particularly, but not exclusively boys – would have benefited enormously from a two-year delay in entering college. That extra maturation would have made the college experience much more meaningful and productive – and even socially more constructive.

The young people I’ve asked about the idea are surprisingly receptive, although not quite as enthusiastic as their parents. Yes, their lives would be disrupted, but there are real social, environmental, and infrastructure needs that are under-funded. When I mention that Denmark, Finland, and Norway all have compulsory service with a non-combatant option, these (overwhelmingly) Bernie Sanders supporters warm to the idea even more.

Surprisingly, perhaps the most vociferous opponents of universal national service is the higher education lobby. Although couched in their enthusiastic support for voluntary national service after college, they really don’t want anyone mucking with their very profitable business model.

Surprisingly, perhaps the most vociferous opponents of universal national service is the higher education lobby.

Recently, I had the opportunity to spend a few hours sailing into New York harbor aboard the Coast Guard training ship Eagle. I wound up talking with another guest whose life and career had been as different from mine as I could imagine. Originally from Idaho, he was about to retire from a 25 year career as an Army officer.

There were about 120 Coast Guard Academy freshmen (swabs) aboard, spending a week learning the ropes – literally – of this grand sailing ship, as part of their basic training. They were being led by a handful of Academy juniors, who were also serving as our personal tour guides. My new Army friend and I marveled at the remarkable transition from terrified boot-camp recruit to confident young officer in just two years. And we remembered our own plebe summers – his at West Point, mine at Annapolis – a long time ago.

His military career had spanned a generation and mine was barely three years. But we agreed that it had transformed our lives: exposed us to people and ideas we never knew existed. It required us to work with folks we disagreed with; to exercise self-discipline and respond appropriately to authority; and to make individual sacrifices for the common good.

Universal service won’t heal the wounds that tear at this nation. But the shared experiences might enable us to begin to talk with people with whom we have very little in common – except for the country that allows us to disagree.

Steve Cohen is an attorney in New York. 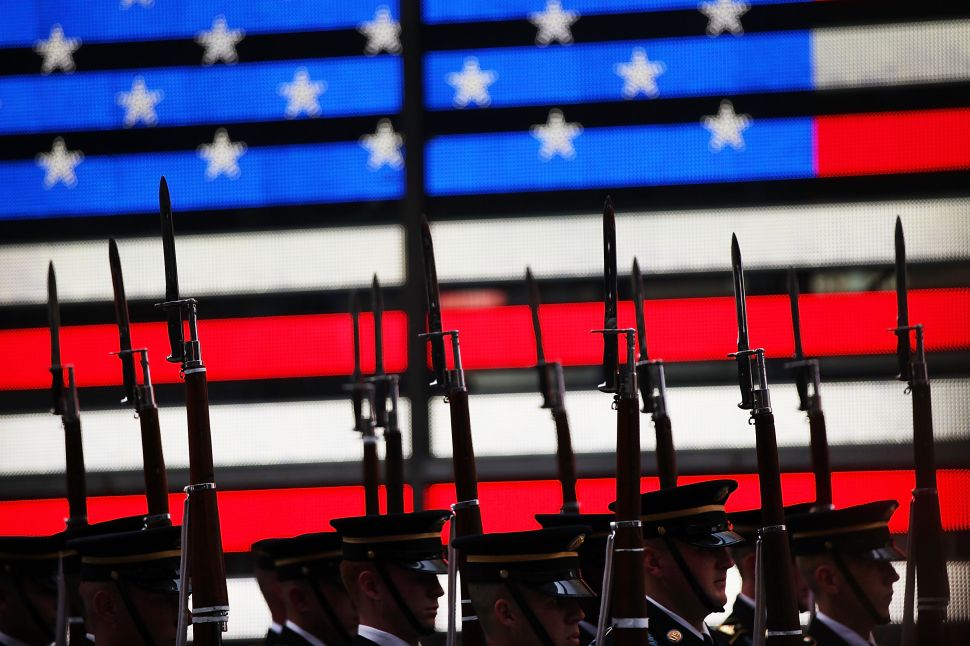