Tour: “New Perspectives Tour of ‘The Keeper’: Memento Mori’” at New Museum
The New Museum’s current exhibition, “The Keeper,” features massive troves of collected objects—hung literally floor-to-ceiling—such as family photos, paintings, scrapbooks and ancient artifacts. The museum’s teaching fellow Maggie Mustard is leading a special tour of the show that focuses on one of its more macabre themes: death. Mustard will explain how objects such as those in Howard Fried’s work The Decomposition of My Mother’s Wardrobe (clothing from his mom’s closet) and Ydessa Hendeles’ Partners (The Teddy Bear Project) (photos of people with their favorite stuffed animals) represent “a way of meditating on mortality.” The tour is also just a great chance to get to glimpse up close some of the objects that would otherwise get lost in this overwhelming spectacle of thousands pieces of, for lack of a better descriptor, stuff.

Party: Tom Sachs Surprise Summer Dance Party at Brooklyn Museum, $15
Artist Tom Sachs’ lobby installation Boombox Retrospective, 1999-2016 is an homage to portable music and street culture, and since it’s closing this weekend the artist is hosting a massive party and album release for music producer and rapper PARTYNEXTDOOR. Revelers will have the chance to get a live first listen of the album, PARTYNEXTDOOR will be on hand to talk about his music and his DJ J. WRAY will play some tunes.

Workshop: “Artist as Entrepreneur (Building the Business Side)” at WeWork
Everyone can use a little career advice, and artists are no exception. Here are Nicholas Rispoli, an artist, and Paul Calendrillo, an artists agent (yes, those exist), to impart some financial wisdom.

Screening: An Art That Nature Makes: The Work of Rosamond Purcell at Film Forum, $14
This is your last chance to see director Molly Bernstein’s cinematic profile of photographer Rosamond Purcell, known for her arresting still lifes featuring delicate found objects. Catch the last showing of Bernstein’s documentary, and then go check out a special exhibition of Purcell’s work, on view through August 23, at the Penumbra Foundation in Chelsea.

Opening: “Triangle Open Studios” at Triangle Arts Association
It’s the end of Triangle’s summer residency program, and that means participating artists will be propping open the doors of their studios and welcoming the public into their creative sanctums. Artists such as Londoner Lauren Godfrey and Chicago-based Hope Esser have traveled far and wide to absorb creative inspiration from New York City, and it’ll be a treat to see what they’ve created while being here. 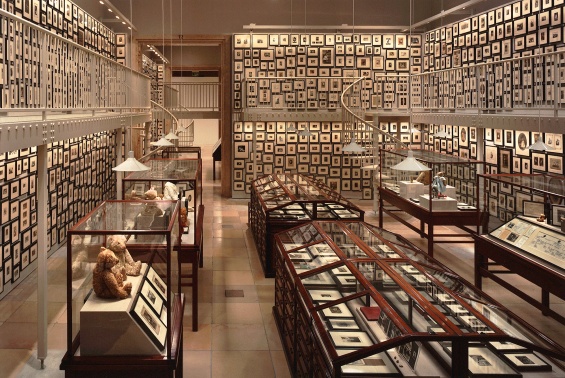