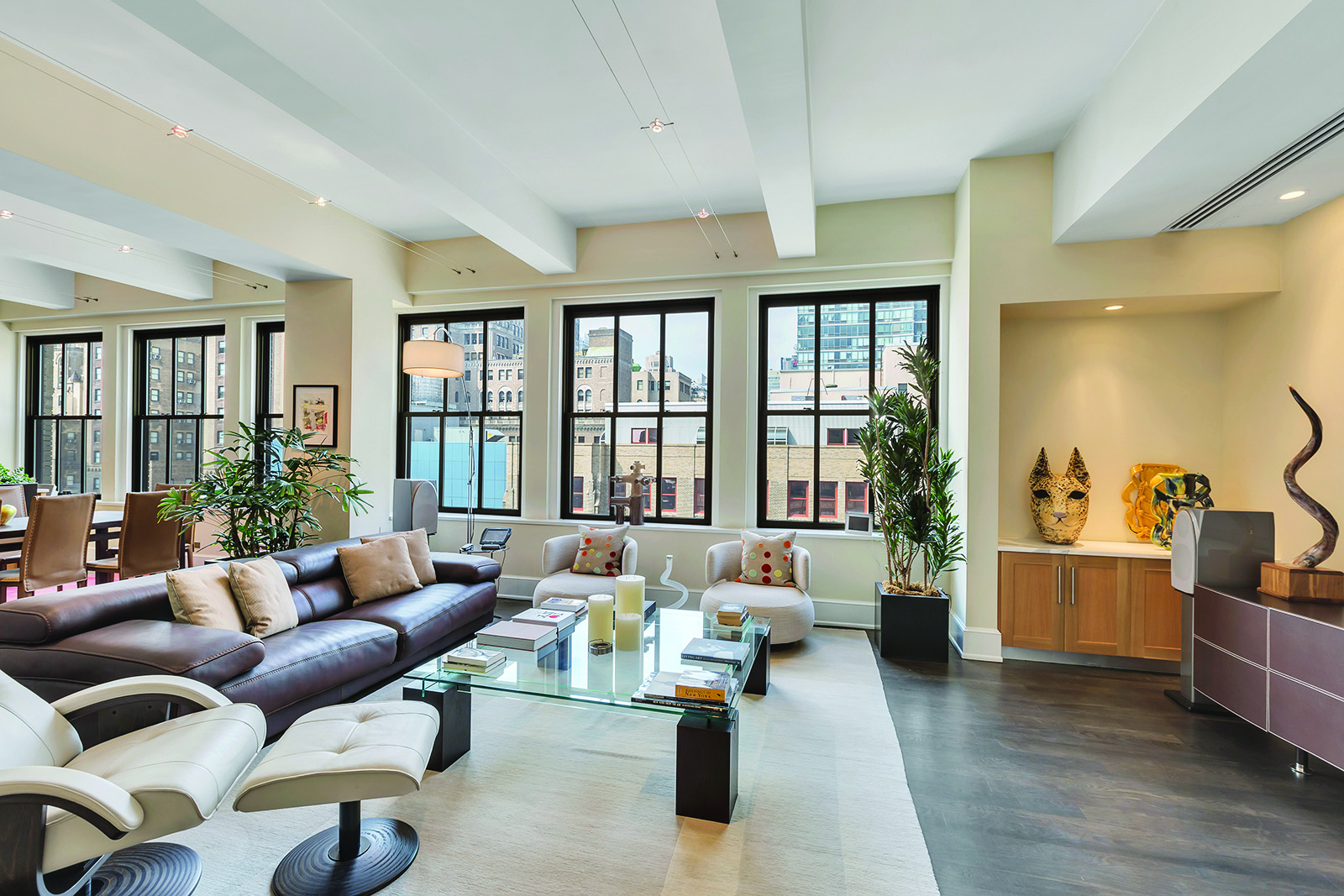 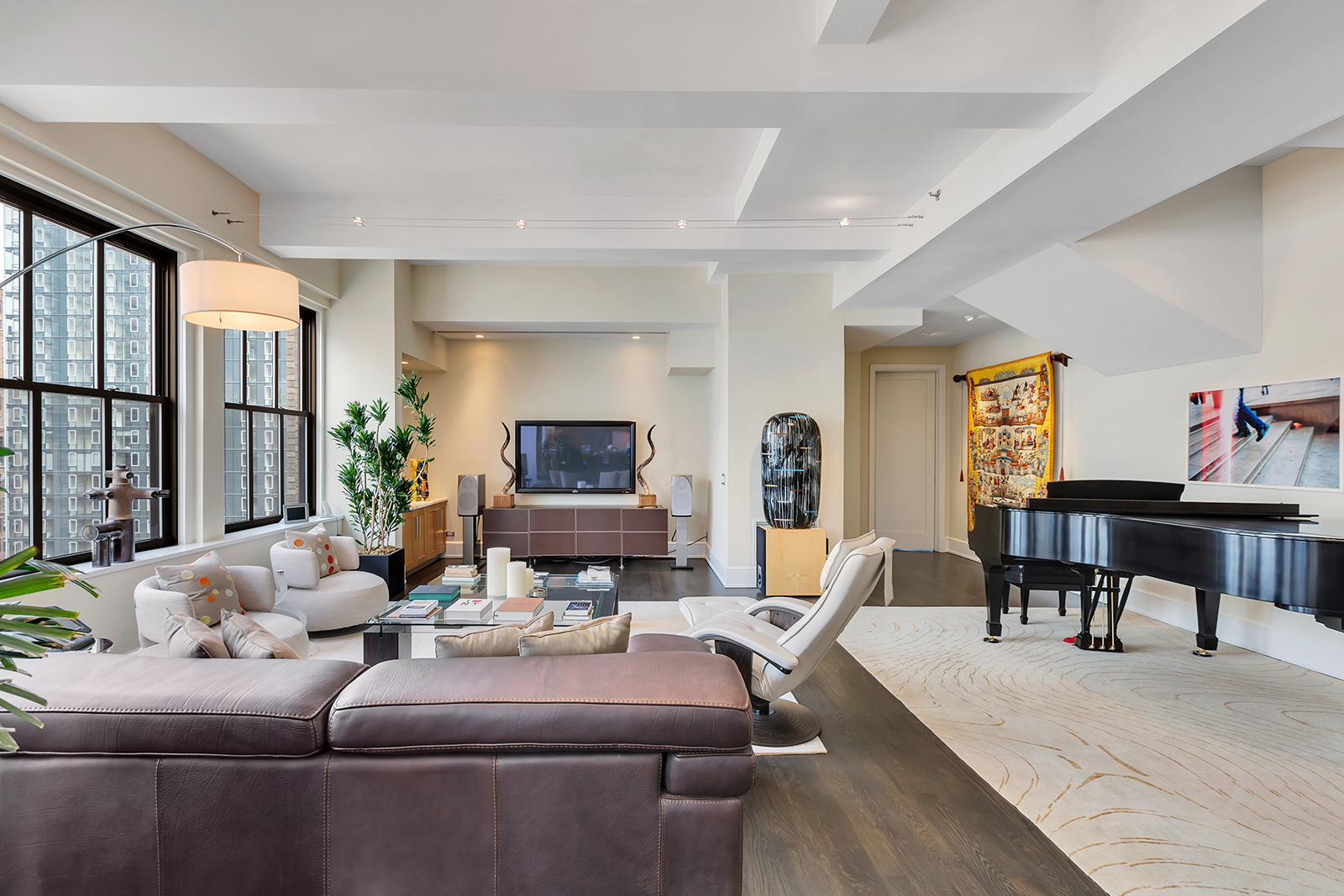 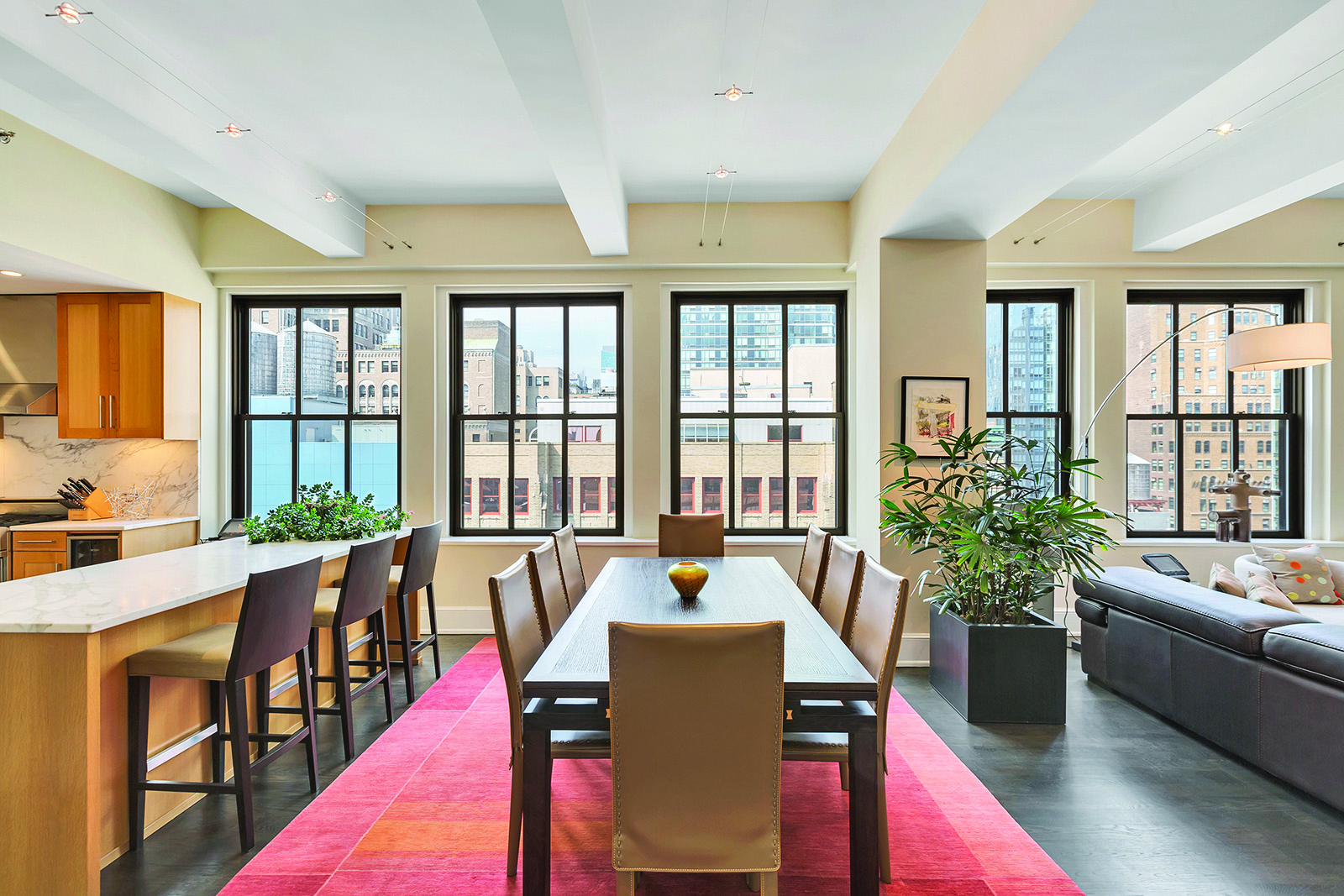 The dining area is right off the kitchen.
(Photo: Courtesy CORE) 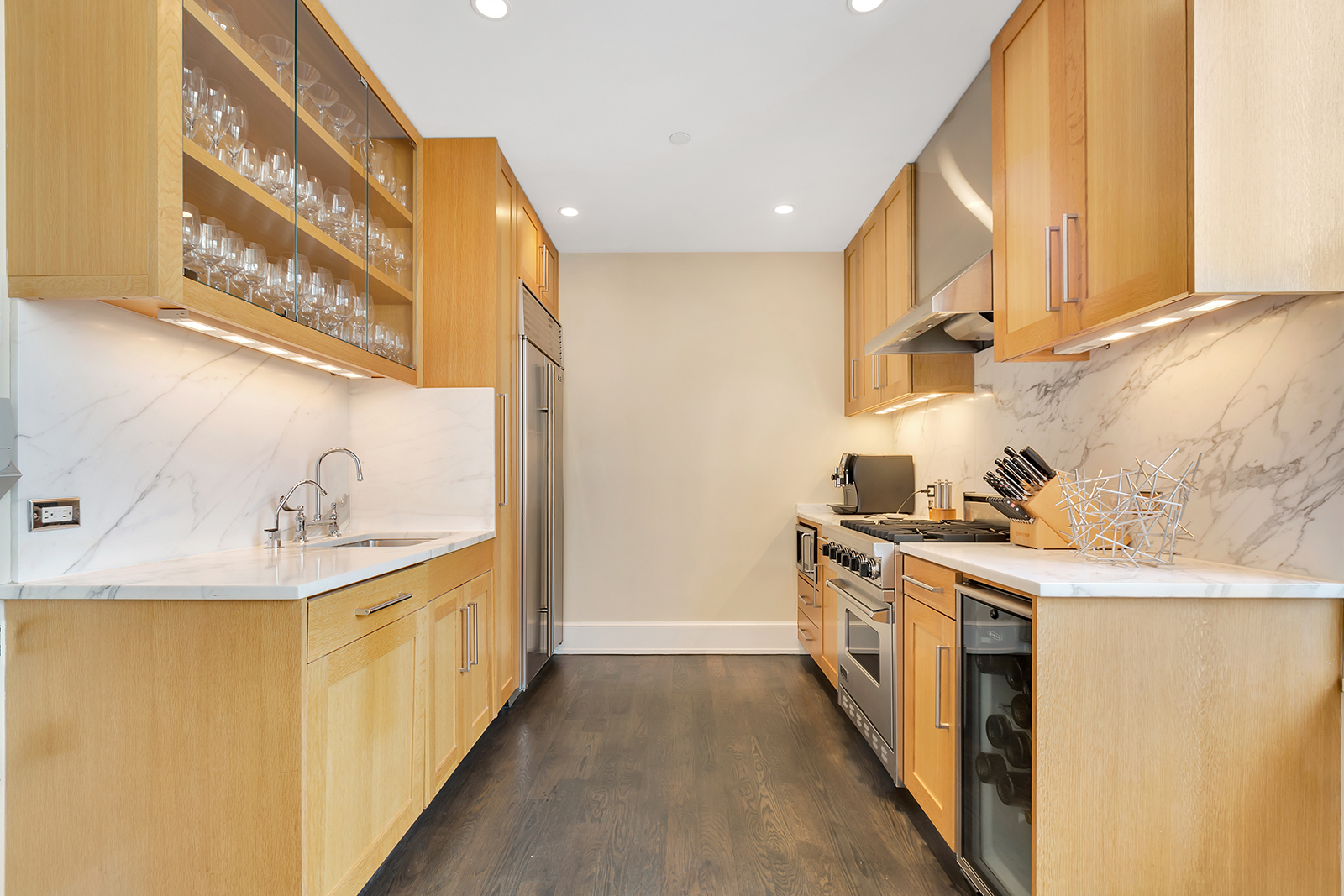 A surplus of stemware, we think.
(Photo: Courtesy CORE)
Advertisement 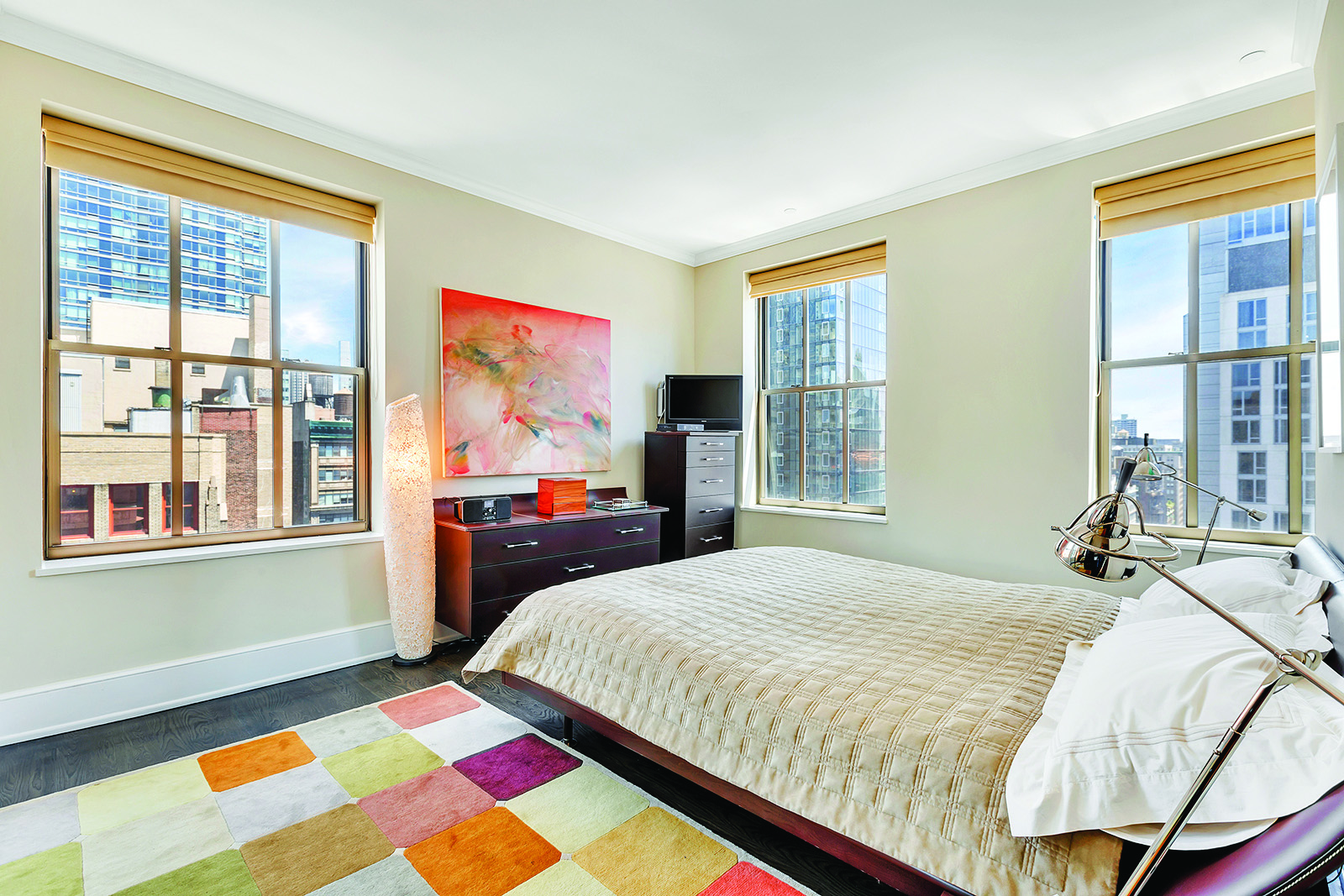 The master suite is currently on the first floor.
(Photo: Courtesy CORE) 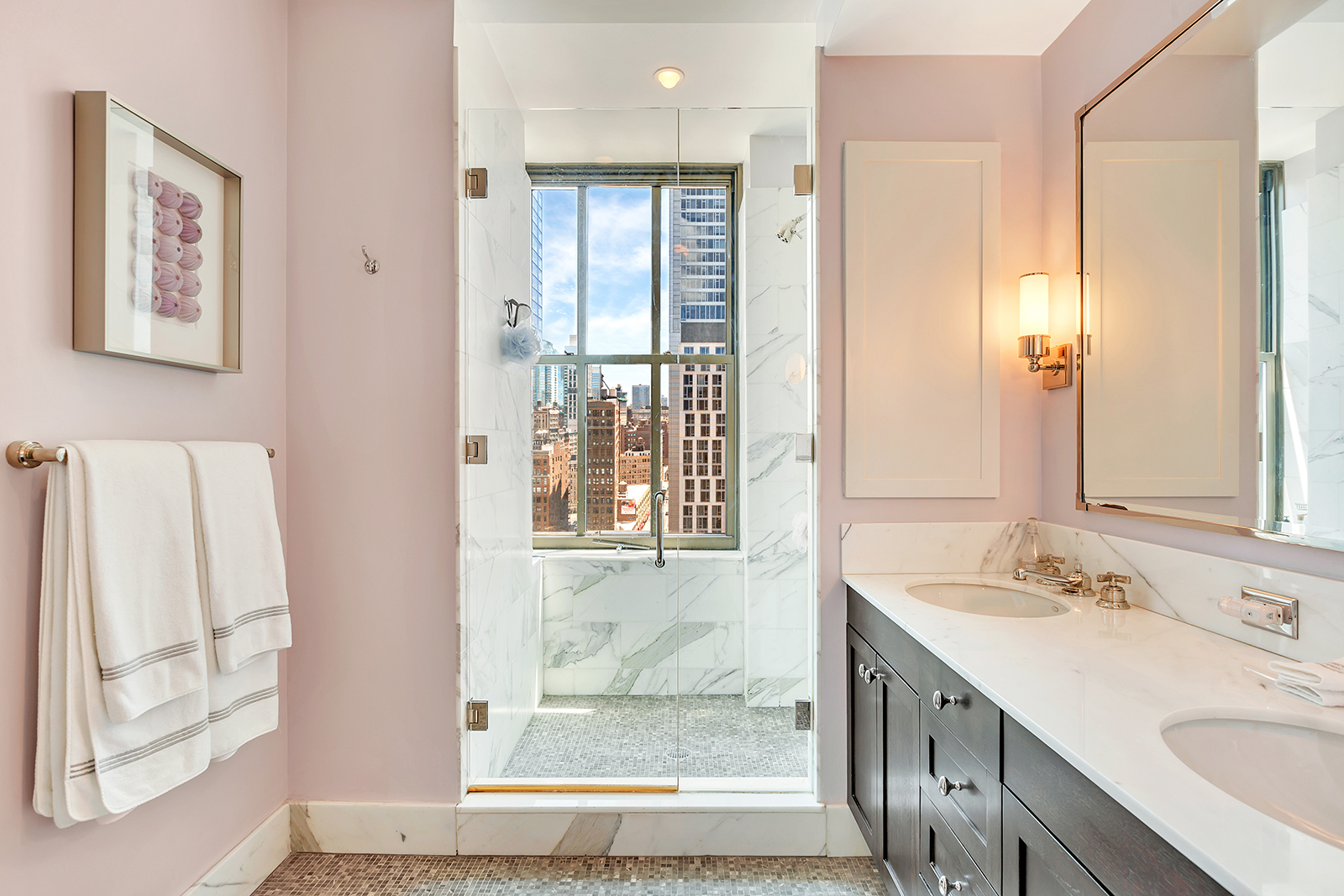 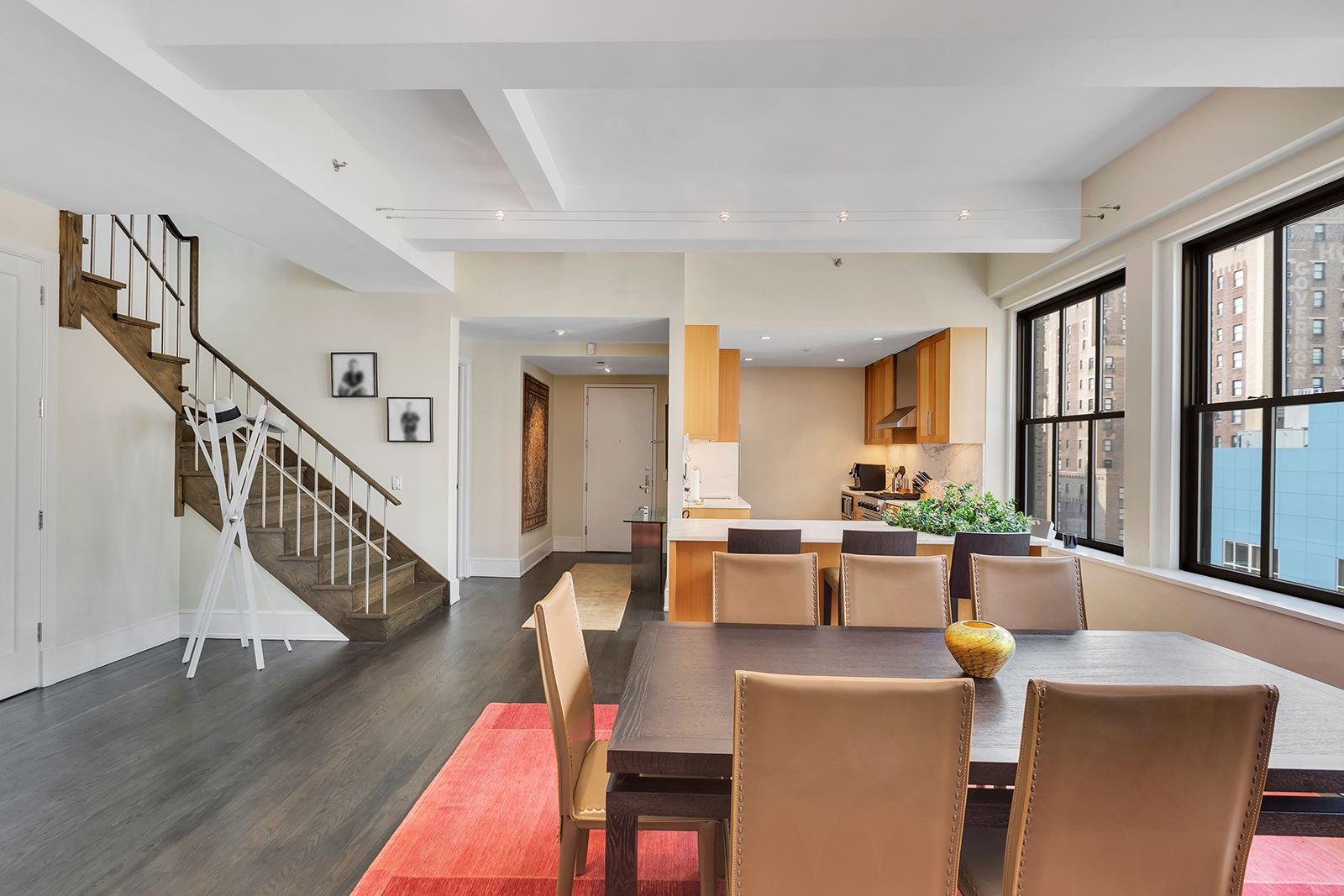 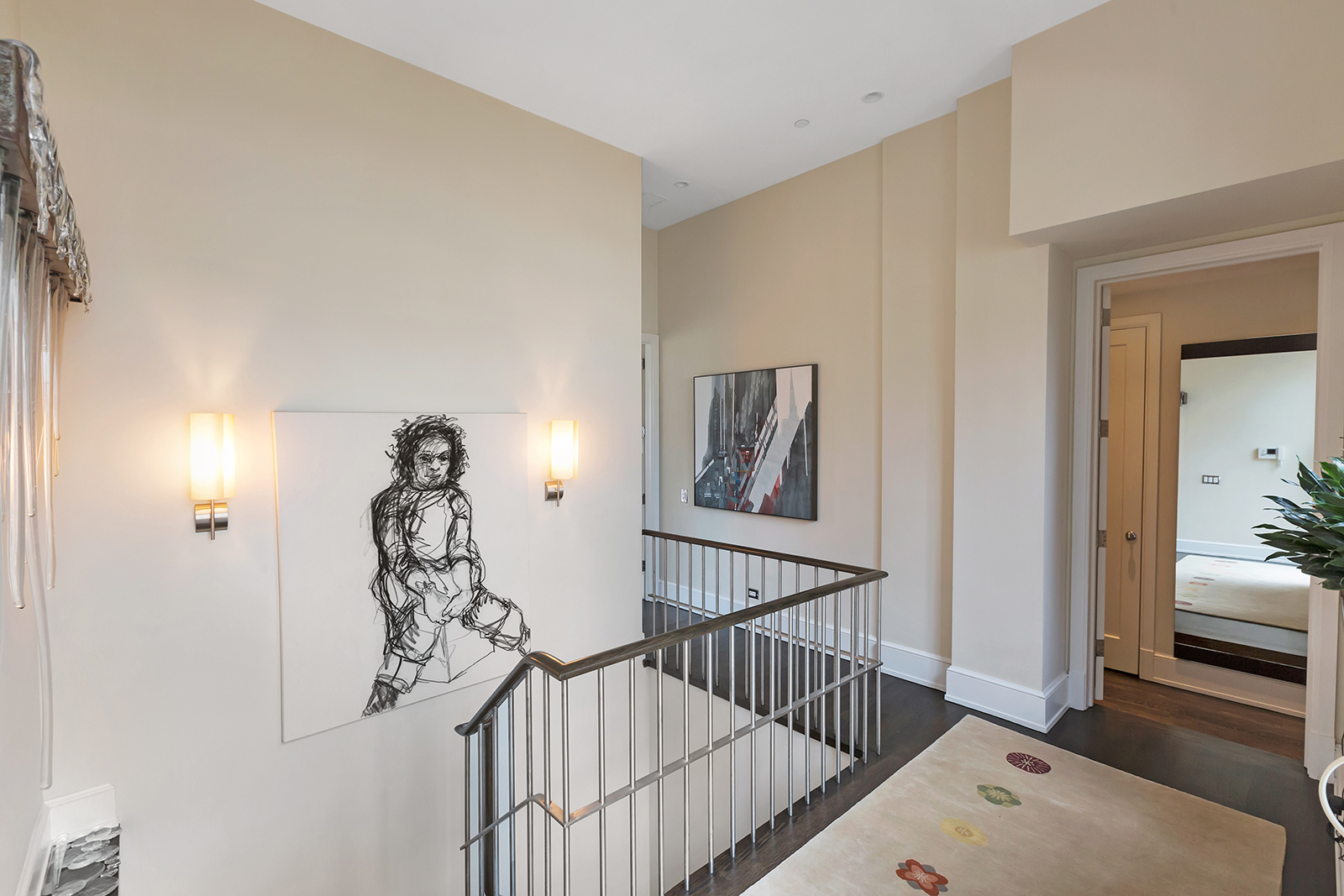 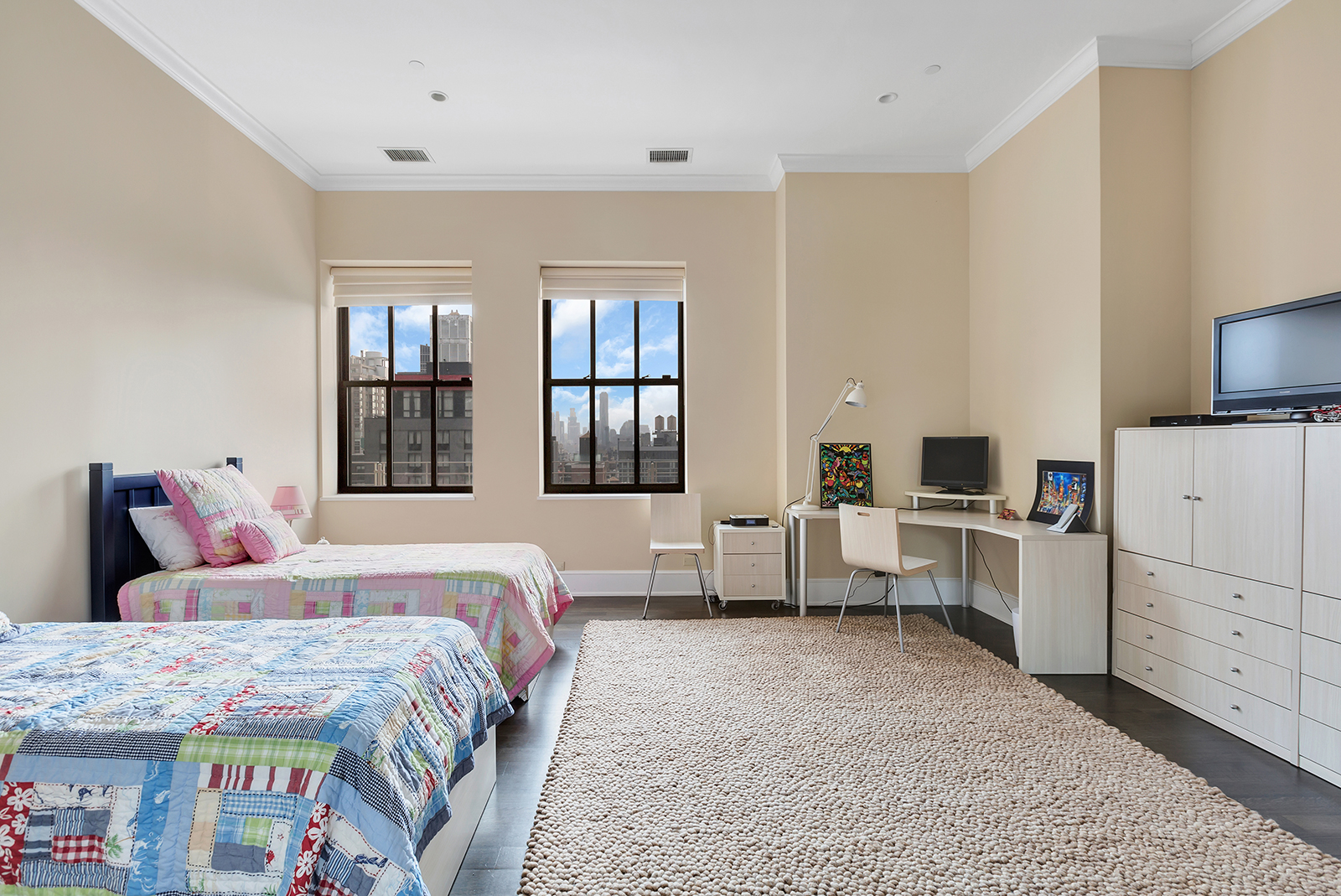 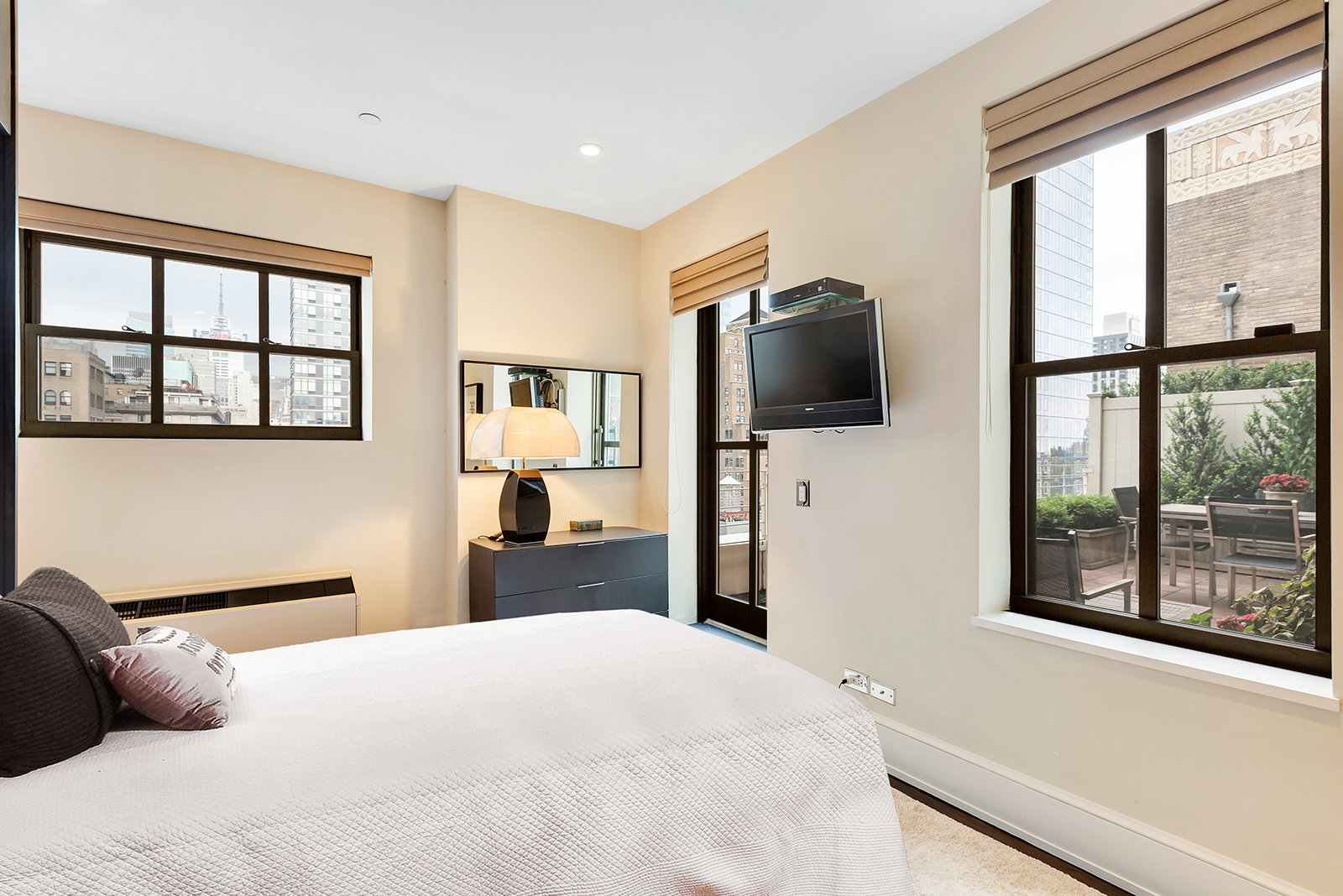 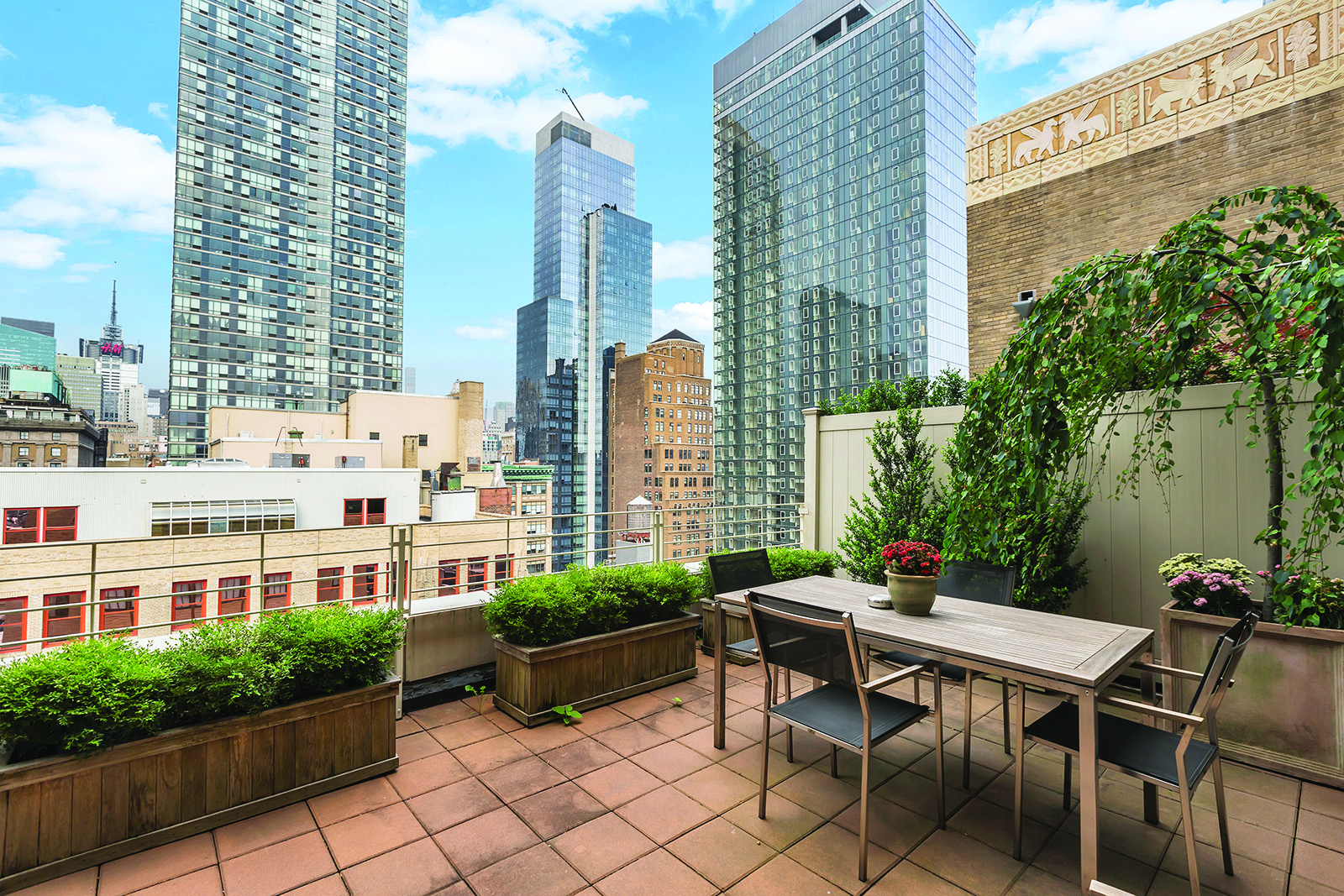 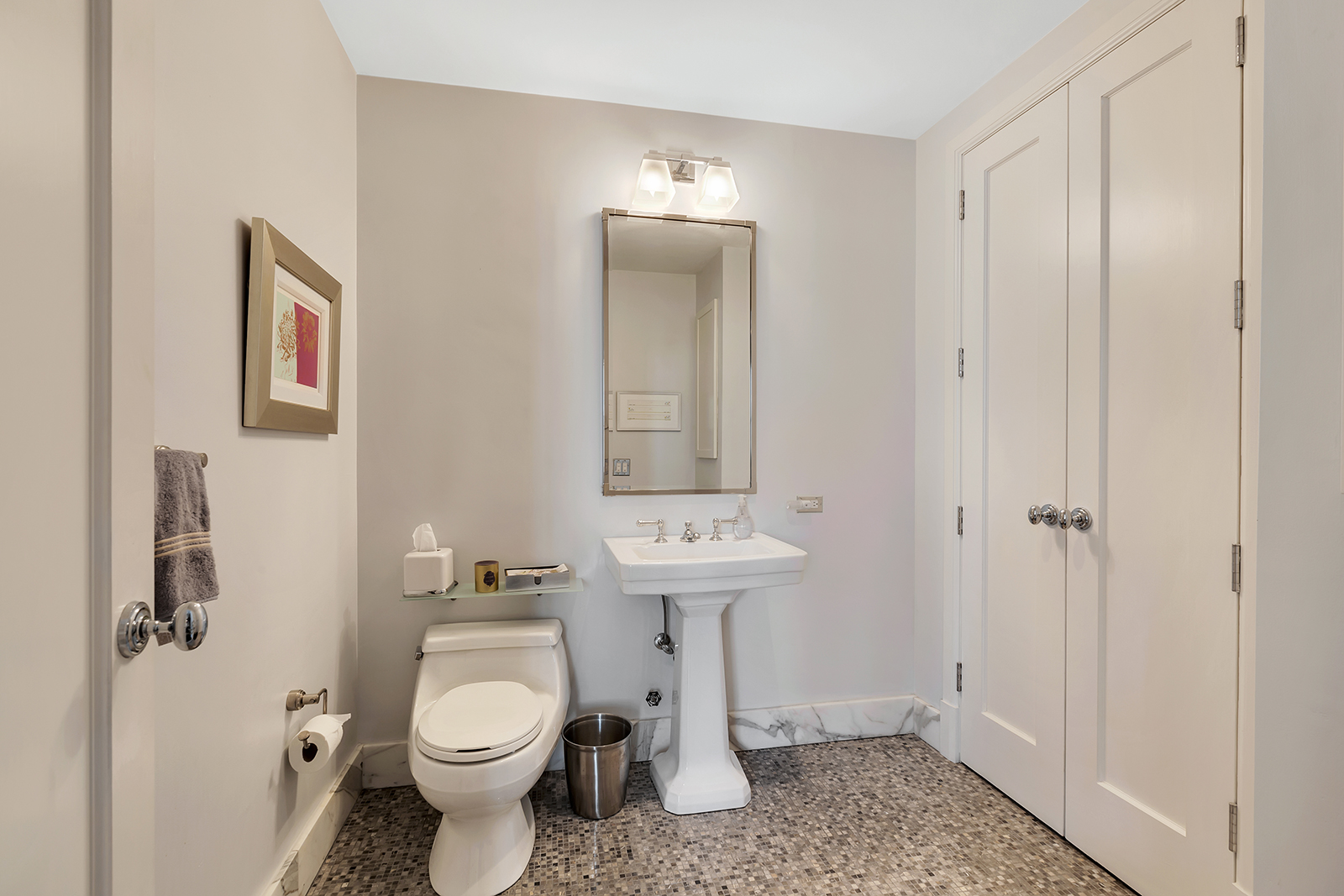 There's even storage in the bathrooms.
(Photo: Courtesy CORE) 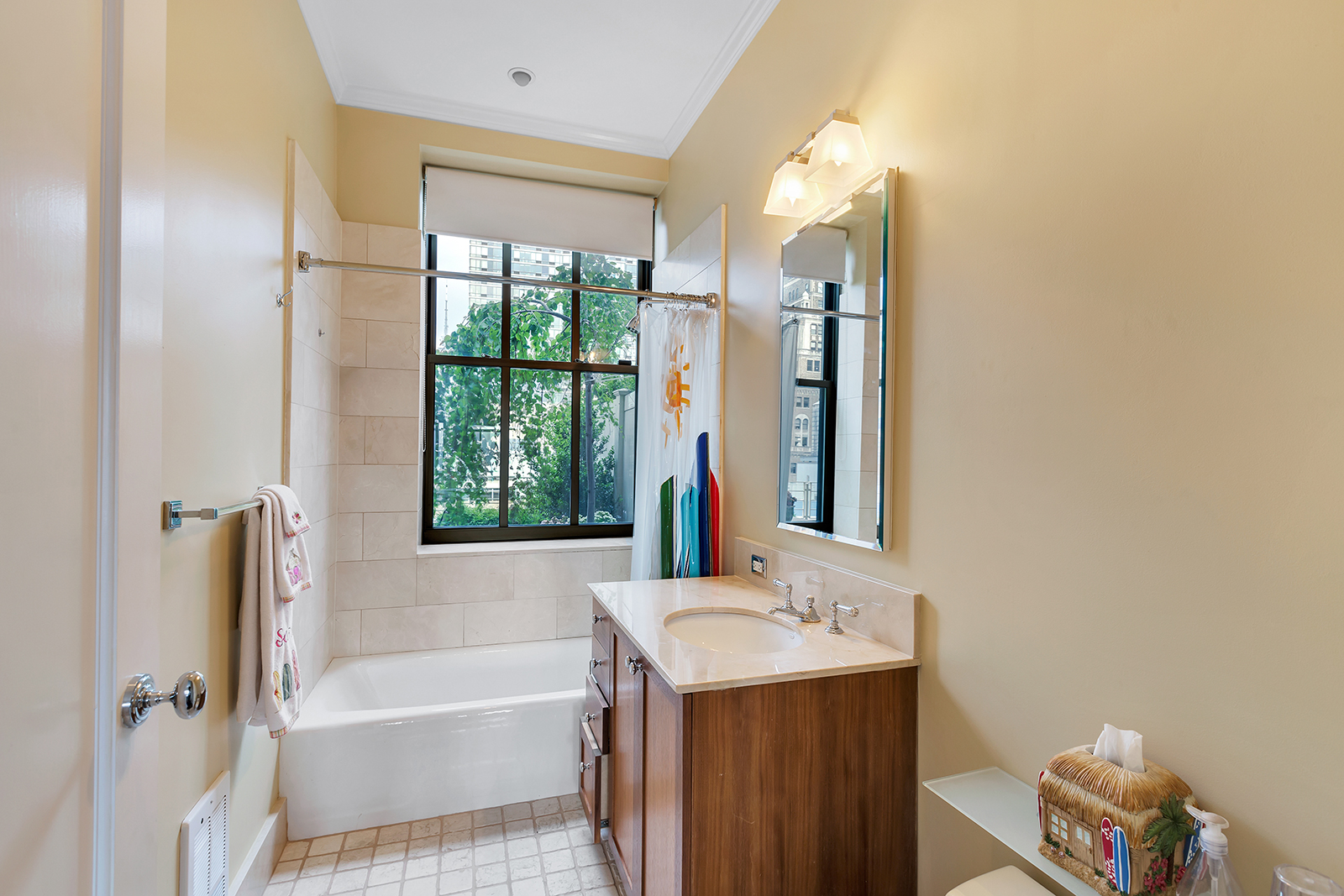 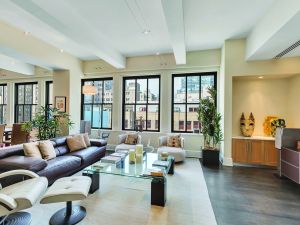 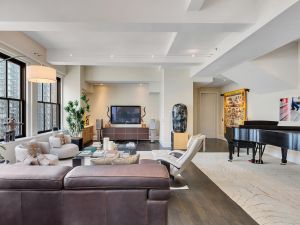 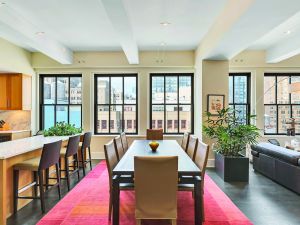 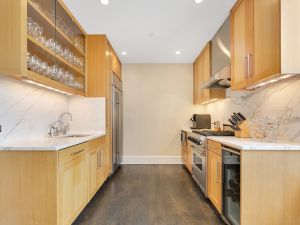 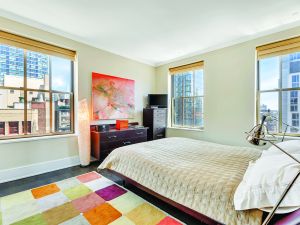 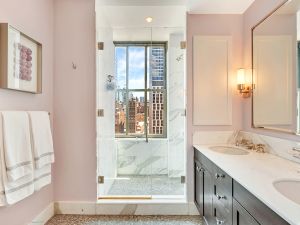 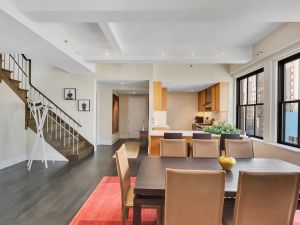 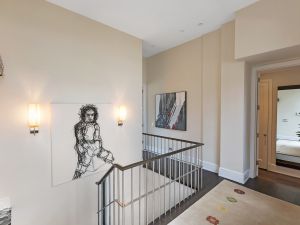 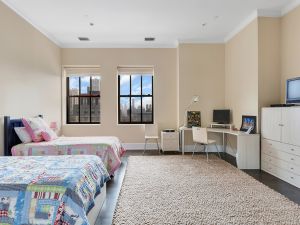 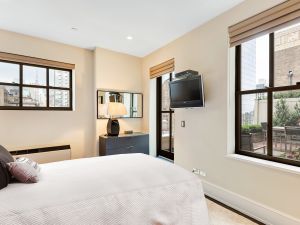 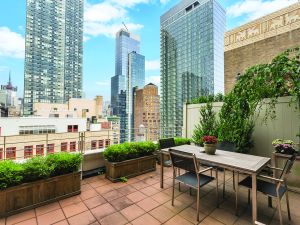 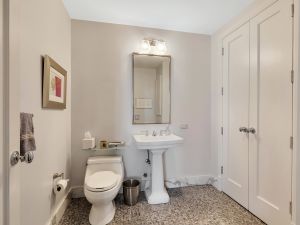 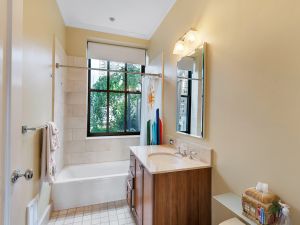 “This building was originally for a furrier,” CORE broker Michael Rubin told the Observer, stepping into the elevator at 130 West 30th Street. “I think there was manufacturing going on, but parts were showrooms.

“There are all these bronze beavers and animals still on the elevator doors,” he added, exiting the lift on the 19th floor and opening the door to the duplex penthouse at the Cass Gilbert, which he is listing for $5.5 million.

“Everything is in perfect condition,” he said, and indeed, there was not a scuffmark to be seen on the loft’s spotless, espresso-stained oak floors.

“There’s only one other apartment on this floor—the other penthouse,” Rubin informed us, walking through the living room, where sunlight shone through the six oversized, north-facing windows. “People come in here, and they say it feels like a house,” he declared, noting the 11-foot beamed ceilings on the first level. “The ceilings get a little higher upstairs,” he assured us.

“The kitchen is great because it’s separate but also open,” Rubin noted, gesturing to the Calacatta marble breakfast bar dividing the kitchen with custom white oak cabinets, Viking oven, Miele dishwasher and SubZero fridge from the dining and living space.

The master suite is on the opposite end of the first level; ascending the wooden staircase to the second floor of the 2,988-square-foot condo, we found two additional bedrooms, each with en-suite Calacatta marble baths.

Particularly appealing on this breezy summer day was the north-facing 261-square-foot terrace, which is set up with a dining table, chairs and green plants affording the space the barest hint of privacy.

“I feel like this is the next neighborhood—this little pocket right here,” Rubin opined, surveying the cityscape. “It comes up in the listing search as Chelsea, but it’s more like NoMad,” he informed us, though some may not be quite convinced. “The NoMad Hotel is right here,” he added, gesturing toward, it should be said, a few blocks to the southeast.