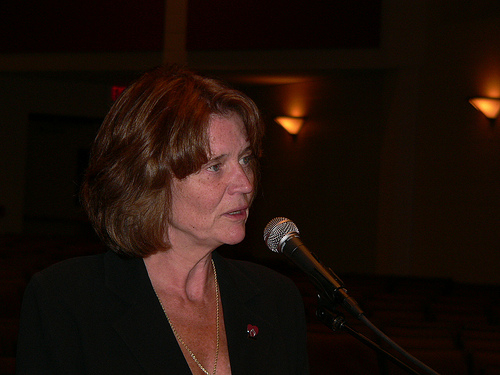 On August 27, the 53rd anniversary of the historic 1963 March on Washington, a coalition of community, human rights, and labor groups will launch 72 days of direct action to end gun violence, leading up to Election Day. Actions will include marching, rallying, letter writing, phone banking, town hall meetings, and acts of civil disobedience in Washington D.C. and across the nation.  I’m proud that my national union, the American Federation of Teachers, is helping to lead the campaign. As educators and healthcare workers, we have been called too often into service, and into personal danger, due to gun violence in classrooms, hospitals, and our communities.

As nurses and healthcare workers, we struggle in emergency rooms to save the lives of individual victims of gun violence. We are also daily witnesses to the physical and psychological damage gun violence brings to our communities, as well as the impact it has on our healthcare system.   We see the distraught families and children left behind, the chaos in our emergency rooms and the sense of hopelessness in our colleagues when we lose a life.

As hard as we try to save each life, we cannot stem the tide of violence unless we take a comprehensive public health approach to solving it.  This means working at preventing gun violence, not just treating each victim. In advocating prevention, the public health approach has brought about profound reductions in disease, disability and death from tobacco use, automobile crashes and infectious diseases.

Public health focuses on prevention, beginning with collecting and analyzing unbiased data about all aspects of gun use and gun injuries so that our public policies can be grounded using scientific principles, not rhetoric.

In an average day, more than 300 people in America are shot in murders, assaults, suicides and suicide attempts, domestic and intimate partner violence, unintentional shootings, and police interventions.  Unintentional firearm injuries steal the life of a child under the age of 15 every six days, typically involving a friend or a sibling.  And guns play a significant role in domestic violence and violence against women.  Over the past 25 years, more intimate partner homicides in the U.S. have been committed with guns than with all other weapons combined.

Of the 216 daily victims of gun violence who survive, 43 were shot unintentionally, including an average of eight children and teens. Nevertheless, one-third of homes with children in America have guns and nearly 1.7 million children live in a home with an unlocked and loaded gun.

Experts estimate the economic impact of firearm-related incidents at more than $174 billion in health care and societal costs. This estimate does not include the long-term physical and psychological toll gun-related incidents inflict on those who survive shootings or whose friends or family members are injured or killed by guns.

Each mass shooting in our country launches a furious media debate over the merits of proposals to reduce firearm deaths and injuries: closing loopholes in background checks; expanding gun licensing and registration requirements; adopting gun safety technologies, and limiting the sale of assault weapons and high-capacity magazines, to name a few.  The debate brings tremendous, but short-lived, attention to the crisis in our country, and little in the way of solutions.

To address these and other critical questions, Congress must finally restore funding to the Centers for Disease Control and Prevention (CDC) for gun violence research, which was cut off in 1996 at the behest of gun rights advocates.   We need to let the Bureau of Alcohol, Firearms and Tobacco (ATF)  do its job, which is  maintaining a centralized database on gun sales, tracking multiple sales, and working with other federal agencies to track the use of guns in violent incidents.  Much of the traditional work of the ATF has been gutted in recent years due to lobbying by the NRA.

Because of NRA lobbying, we aren’t doing research that could tell us how, when, where and by whom guns are acquired and used.  We could test the truth of the claim that people who have guns in their homes gain protection from the weapons, rather than put family members at greater risk. We could also tell which state and local gun control measures are most effective and examine whether access to mental health services and bans on gun sales to those at risk of violent behavior would reduce incidents of gun violence.

We need to do research, but we also need common-sense gun reforms. Right now in Trenton and Washington D.C., law makers are considering laws that would require  ‘smart’ guns that can only be used by the owner, limitations on gun ownership for those convicted of domestic violence, background checks, and concealed carry laws.  In addition to these, we also need more funding for mental health treatment, and education on the impact of gun violence.

Doctors, nurses and mental health workers are speaking out because we are tired of swimming against the tide of gun violence, day after day.  We deal with gun suicides in our ERs, gang violence, gun-shot victims, and threats of violence against ourselves and our co-workers.  We feel the cumulative traumatic effects of treating the victims of gun violence and their families, without being able to prevent any of it.

When public health advocates first proposed mandatory seat belts, or restrictions on sales of tobacco, some screamed that we were taking away their freedoms.  But years of reduction in car fatalities and tobacco use and related diseases have proven the advocates correct.  We need to tackle gun violence the same way, with research, education, prevention and common-sense reforms.

Ann Twomey is the founder and president of Health Professionals and Allied Employees (HPAE).