In an earlier day, before there were art colleges everywhere and earning a Bachelor of Fine Arts was seen as the first step in becoming an artist or designer, people had to learn in other ways. The Renaissance system of working under a master artist was replaced by salons (or ateliers) and later by non-degree granting schools, such as the New York’s Art Students League, earlier this century. Jackson Pollock left Wyoming to study in 1930 to study at the ASL, just as his older brothers had done. Yet another option was the correspondence school—a forerunner to today’s online courses and MOOCs—in which students could complete assignments at home, mailing them to instructors who would grade and offer comments on their efforts, awarding them a certificate of completion at the end. One of the most notable of these correspondence schools was Famous Artists School, founded in 1948 and based in Westport, Conn., which offered renowned artists such as Norman Rockwell, Ben Shahn, Stuart Davis and Wil Barnet as its original faculty. For $300, the school sent students four sequential workbooks that provided instruction and assignments to tens of thousands of amateurs and would-be professional artists until it went into bankruptcy in 1974.

The archives of both correspondence schools had been kept in storage for decades. In 2014, the Norman Rockwell Museum in Stockbridge, Mass., acquired the archives of the Famous Artists School and, this past July, the Yale University Art Gallery purchased the archives of Famous Photographers School. Now, the instructional workbooks, the texts of speeches given to instructors at training sessions and sample artworks will be made available to the public.

They were purchased from the owner of a Norwalk, Conn., art gallery and frame shop named Jeffrey Price, who learned that the Photographers School archives were sitting in a storage container. He bought them and “spent the past five years organizing and curating that collection,” Price said. In 2014, he met Jody Dole, an advertising photographer living in Chester, Conn., and “it was his passion for the collection that brought it to the attention of Yale University Art Gallery,” Price said. It probably didn’t hurt that Price’s father, Derek DoSolla Price, was a professor of the history of science at Yale from 1960 to 1983. Sentiment combined with money, helped the trove land in Price’s hands, although the purchase price for the archives was not disclosed.

“We are all familiar with Richard Avedon and Irving Penn and Alfred Eisenstaedt now, but at the time they were all working professionals who were not recognized by the museum world,” said Judy Ditner, Yale University Art Gallery assistant curator of photography and digital media. “We see them now as artists, but at the time the school wasn’t marketing itself as an art school but as a process by which people could learn how to take better photographs.”

Over the coming years, Yale will digitize the archives, making them available online to scholars and whomever else is interested in how photography was taught at this time.

The Photographers School archives consist of tens of thousands of items, most of which are contact sheets, negatives, marked-up “working prints” and final prints by students and the actual faculty. A small group of final prints by some of the renowned photographers are currently on view in the lobby of the University Art Gallery, and they will remain there through the fall.

Judy Ditner, Yale University Art Gallery’s assistant curator of photography and digital media, particularly highlighted prints of old steel mills by industrial photographer Arthur d’Arazien and images of the United Nations building and the Guggenheim Museum by architectural photographer Ezra Stoller. “These artists, and the others, all taught from their own images, so we are seeing what their students saw,” she told the Observer.

Audiotapes of interviews with the instructors (Richard Avedon discusses how to work with models and getting the “right glance”) by Victor Keppler, a commercial photographer and director of the school, also are among the archives, as are the half-dozen workbooks with a total of 24 lessons that enrolled students were sent.

“There are lessons on lighting, on dark room printing, on sports photography, fashion photography, news photography, still-lifes,” Ditner said. “A lot of attention was put into lesson plans, such as the different angles that could be used, how to create the most dramatic image.”

The Famous Photographers School course was more expensive than its Artists School counterpart, costing close to $1,000, which was paid up-front. “As we go through the archives, we will get a better idea how many of the students actually completed the program,” she said. “My guess is only a small percentage. Most people may only have completed the lessons they were interested in and skipped the others. You can think of it as the gym memberships that people take up as their New Year’s resolutions. By February and March, you start seeing a lot fewer people at the gyms.”

The postwar era in the U.S. was a time of great expansion in opportunities for learning, particularly for returning military veterans, through the G.I. Bill. The Famous Artists and Photographers Schools were just one aspect of that, targeted at those who could not attend a college but were able to set aside time for learning.

“I think what we learn from this school is something about photography, the business of photography and the teaching of photography during the 1960s,” Ditner said. “We are all familiar with Richard Avedon and Irving Penn and Alfred Eisenstaedt now, but at the time they were all working professionals who were not recognized by the museum world. We see them now as artists, but at the time the school wasn’t marketing itself as an art school but as a process by which people could learn how to take better photographs.”

By the early 1970s, the Famous Artists Schools had run their course. Colleges and universities beckoned students who would not only learn technique from renowned artists but earn a marketable degree at the end, rather than a less prestigious certificate. The schools also over-extended themselves, starting schools of cartooning, illustration and writing, as well as buying up other correspondence schools in their categories.

“The Famous Artists Schools collapsed under its own weight,” Ditner said. Stephanie Plunkett, curator at the Norman Rockwell Museum and in charge of going through its group of archives, remembers what a seismic event it was for the town of Westport when the schools closed. “And it was a seismic event for Norman Rockwell himself. A number of the other illustrators sold their shares and got out, but Rockwell really believed in the school and probably stayed with it too long,” she said. “He lost some money.” 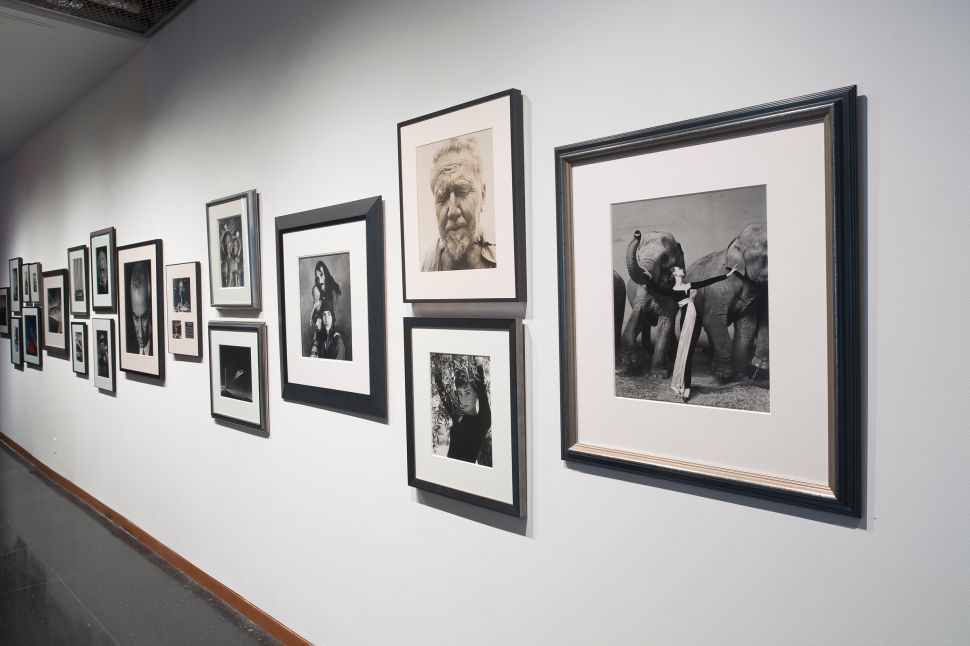